The middleman in Daphne Caruana Galizia’s assassination gave a blow-by-blow testimony of the plot in court last week. Jacob Borg takes a look at the key events leading up to the October 2017 car bombing.

Melvin Theuma’s phone rings at 4.30am. His friend Yorgen Fenech is on the line.

The taxi driver has just finished a shift working the taxi rank at Portomaso.

He is one of 10 taxi drivers given the exclusive right by Tumas Group’s senior management to ply his trade outside the Hilton hotel.

Theuma had established a friendship with the Tumas Group magnate based on a mutual love for horses and gambling.

According to Theuma’s testimony, Fenech makes the following request: “Do you know George ċ-Ċiniz? I need him… Get in contact with him, I want to kill Daphne Caruana Galizia because she’s about to publish information about by Uncle Ray.”

Theuma leaves the meeting having promised to get in contact with one of the men who would eventually be charged with triggering the bomb that killed Caruana Galizia in October 2017.

Two days later, Theuma and Alfred Degiorgio meet at the Busy Bee confectionary to discuss the details of the contract killing.

The price of the assassination was discussed over an espresso.

The middleman promises to get back to the contract killer after speaking to Fenech.

The businessman’s name is not mentioned during the meeting or during any further discussions with the three men eventually contracted to kill the journalist. The message about the €150,000 payment for the killing is relayed to Fenech the very same day.

“I’ll get back to you,” Fenech says about the assassination. 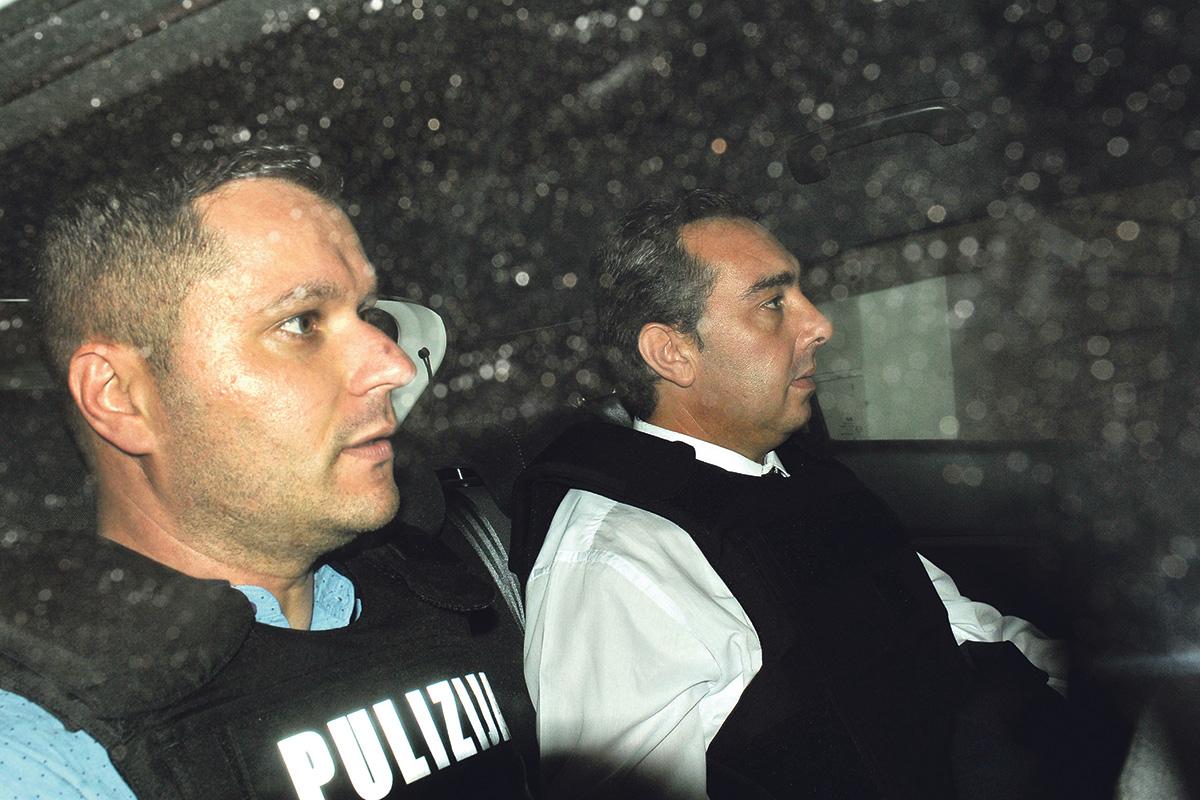 A call from Castille

A day or two later, while at Burger King with his child, Theuma receives another call from the businessman.

“A certain Sandro Craus from Castille is going to call you.”

“Why is someone from Castille going to phone me?”, Theuma asks

The call ends there without Fenech providing further detail.

“Tomorrow you have an appointment with Keith Schembri at Castille,” Craus says.

The call shocks the middleman.

The following day, Theuma is greeted on the steps of Castille by none other than the prime minister’s chief of staff Schembri.

The meeting comes just days after Fenech ordered the hit on Caruana Galizia.

Theuma leaves the meeting with a government job in the bag and a photo with Schembri.

According to testimony given in court, the prosecution did not press Theuma for more details about what was discussed during this Castille meeting.

On the day in which Joseph Muscat takes Malta by surprise with his snap election announcement, Fenech phones up Theuma again.

The instructions are simple: stop the assassination plan.

Though Alfred Degiorgio was never given the go-ahead to proceed with the contract killing, Theuma isn’t taking any chances following his new instructions.

He sets up another meeting at Busy Bee “just in case”.

“I didn’t want to look bad,” Theuma tells the court.

The taxi driver seems reluctant to get on the wrong side of Degiorgio.

The meeting ends with a pact.

If the killing is to go ahead, Alfred Degiorgio would again be contacted.

Throughout the election campaign, Fenech gambles heavily on a Labour victory with a majority of over 20,000 votes.

Theuma even waives his usual five per cent fee for placing the bet for his friend.

On the day of Labour’s return to power, he receives a call from a “drunk” Fenech. He orders him to go-ahead with the assassination.

“He was drunk. I didn’t take any notice of him,” Theuma tells the court.

Nothing else was mentioned about the murder for a few weeks.

Two weeks after the election, out of the blue, Mr Fenech hands him a brown envelope with cash inside.

“The money to give to that guy, to kill Daphne Caruana Galizia.”

“I haven’t told him to proceed. I knew you were drunk that day [when Labour won the election]. 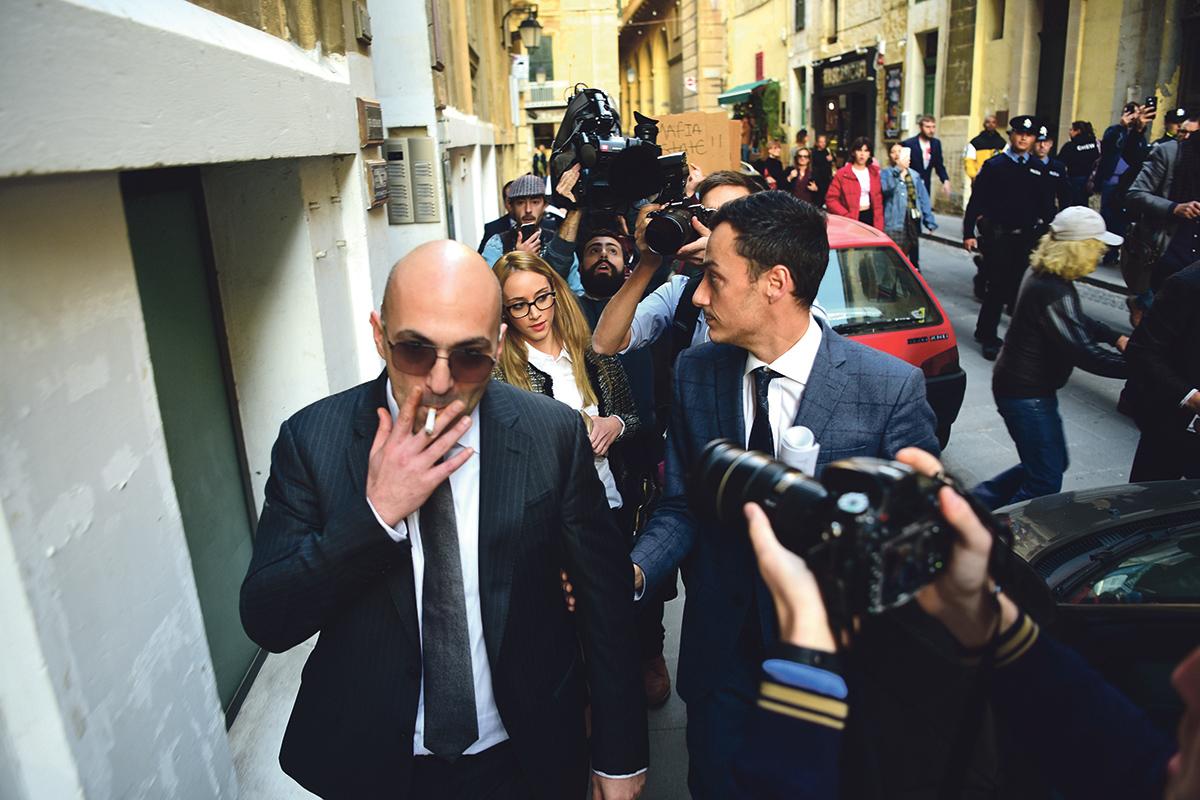 A ‘drunk’ Yorgen Fenech gave the go-ahead to continue the assassination on the day Labour returned to power in June 2017. Photo: Mark Zammit Cordina

‘Hurry up and kill her’

Having paid the €150,000 for the assassination, Fenech begins to bombard Theuma with calls about the plot.

At this point, Theuma realises the information Caruana Galizia was going to be published must have been about Yorgen Fenech, rather than Ray Fenech.

During yet another meeting with Alfred Degiorgio, Theuma emphasises the importance of speeding up the plot and ensuring the bomb kills the journalist.

Prior to the meeting, Fenech warns Theuma that the assassination attempt must not go the way Romeo Bone’s did.

Mr Bone survived a car bomb in February 2017, but lost both his legs.

“Don’t worry,” is Degiorgio’s terse reply to the concerns relayed by the middleman.

The Degiorgio brothers start shadowing Caruana Galizia’s movements during the summer of 2017.

At a meeting in the Marsa potato shed where the plot was planned, Theuma hears the assassination will not be as easy as first thought.

“She’s giving us problems, but she’ll get it. A lot of tough guys have died. She will die too,” George Degiorgio tells him.

Vince Muscat, another of the co-accused, is also at the potato shed. He is sent to fetch some coffee while the details of the plot are discussed.

To help carry out the assassination, Alfred Degiorgio asks for information about the journalist’s favourite haunts.

Theuma says there are two places frequented by the journalist: a popular coffee shop in Naxxar and a restaurant in Rabat. This information comes from Fenech.

“He took me there to show me the work was being done,” Theuma recounts in court.

At this point, Theuma says he is still being hassled by Fenech to kill Caruana Galizia.

October 2017: ‘They found the message used to detonate the bomb’

At an undisclosed time before the October 16 assassination, Theuma receives a call from Alfred Degiorgio.

“We are so unlucky. That thing was ready to go yesterday, but we found a police roadblock near the roundabout [by the lookout post]. We had to postpone,” Theuma is told.

The middleman is unaware of the next planned attempt to bomb Daphne.

Caruana Galizia was killed in a devastasting car bomb outside her house.

“I found out about it [the assassination] from the television.”

The involvement of the FBI hours after the bomb has been triggered worries Theuma. A day after the murder, he and Fenech meet up, but the businessman brushes off concerns about the FBI.

“So what? It’s the Maltese police who are investigating,” Fenech assures him.

Around 15 days after the murder, it is Fenech who begins to worry.

The businessman has been tipped off about a breakthrough in the investigation.

“There are problems… they found the message used to detonate the bomb,” Fenech says during a meeting opposite the Toyota showroom in Żebbuġ.

Theuma continues to receive tip-offs about the police investigation from Fenech.

In a separate testimony, Fenech said the information was being leaked to him by Keith Schembri.

“They [the Degiorgios] have a problem… on December 5 there is going to be a big raid,” Fenech said.

He instructs Theuma to relay information about the raid to the Degiorgios.

A week after their arrest, Theuma continues to pass on money to the three men arrested.

He also begins to fear the three men will mention his name to investigators.

He feels obliged to keep giving them money.

The fear leads him to start drinking heavily and taking sedatives.

He also draws up a will.

The following account is based on testimony given by Melvin Theuma in court. Theuma was granted immunity from prosecution to reveal all about the assassination.