The number of COVID-19 cases in Malta is likely to increase “significantly” as autumn turns to winter, Health Minister Chris Fearne has warned.

“It's not going to be easy,” the minister said of the upcoming months. “If anything, the numbers are expected to increase and to increase significantly.”

Malta is currently reporting just under 2,000 active COVID-19 cases, with that number having doubled in three weeks. Seventy-five patients had died at the time of writing.

In an interview with The Sunday Times of Malta, Fearne said he and Prime Minister Robert Abela were “on the same team,” after Abela ruled out talk of a total lockdown earlier this week.

Prime Minister Robert Abela has ruled out a total lockdown. Do you?

We’re on the same team. Obviously, we discuss these things.

So you don’t think one is needed?

Are you saying there’s a greater chance of a lockdown in December?

There are other countries where it’s lower.

Many of your professional colleagues think that we’re not doing enough. Thirteen medical associations have said we need tougher measures.

Whenever I speak to my colleagues in public health and clinicians in wards, I tell them: put your case forward as strongly as you can. Forget the economy, forget social life, just focus on the medicine.

On the other hand, there are other considerations. Because this isn’t just for a week or month, it’s for the long-term. There are other things besides COVID, even medically. Somebody has to bring all of this together, and then make a decision. That is my job. And I believe we’ve taken many correct decisions.

Are measures likely to be toughened or loosened after December 1?

I think the most important thing is that measures are adhered to. This goes for everyone. People say “what a disgrace, people are [out] on the streets”, and as they’re saying it, they’re in a group of 10 or 15 people and not realising that they’re actually doing it themselves, at home or in a private gathering.

But the virus is just as deadly [indoors] as when you’re outside.

People need to realise that every action has consequences, on our own health and on the people around us.

Some countries have introduced laws against private gatherings.

If you’re [gathered] on the street, people take photos, it ends up on social media and everybody makes a big fuss about it. Rightly so. The same applies if you’re inside. Christmas is coming now. Unfortunately, we need to limit gatherings this year.

One place where we seemed to have lost control of the situation was inside care homes. We saw a massive spike in such cases some months ago.

The elderly have always been the most susceptible. And people in institutions are also more at risk. There were some countries that didn’t even record deaths in elderly homes, whether they were [ related to ] COVID or not.

We [had] set out plans to have isolation units in homes. We’ve learned that doesn’t work well, because people move about and it’s very difficult to keep somebody isolated in an environment which they are not used to.

So now we’ve increased the requirements for operators. There are heavy fines for the operators who don’t follow the rules.

We’re also testing extensively, both the elderly and the carers who come in and out [of homes]. And we’ve set up a new hospital in St Paul’s Bay, Good Samaritan, which is solely for elderly patients who test positive and live in care homes.

You’ve said that you expect the first shipments of the COVID vaccine to come in the first months of 2021. Are you still confident of that timeframe?

Vaccines are already available – they exist. Now they’re addressing efficacy and safety. If everything goes well, we’re expecting to have it in the first quarter of next year. Not for all the population at once, but over a period of months. Obviously, frontliners and the vulnerable will get it first, [but]we have enough vaccines to cover the whole population.

But presumably you won’t need the entire population to be vaccinated?

It’s up to everyone to make their own decision. It won’t be mandatory. It’ll be up to each and every individual to decide what to do.

There’s been a bit of mixed messaging within the government. For instance: last March you told us we had to get used to the “new normal”. But a couple of months later we learned of plans to bring massive festivals over to Malta.

If you look at what we knew about the virus then, and what we know now, there’s a big difference. For instance, about wearing masks. The WHO was initially saying it’s counterproductive. Now that’s changed completely, so if you consider that a mixed message then fine.

Christmas is coming now. Unfortunately, we need to limit gatherings this year

In May and June, numbers were dwindling. So yes, there was a push to reopen as much as possible.

We had people all over Europe, medical experts, telling us “the virus has waned, it’s seasonal and the summer months are going to be fine”. That was the atmosphere. Things changed. And we changed our measures with the evidence. We didn’t always get it right, and this is true all over the world. 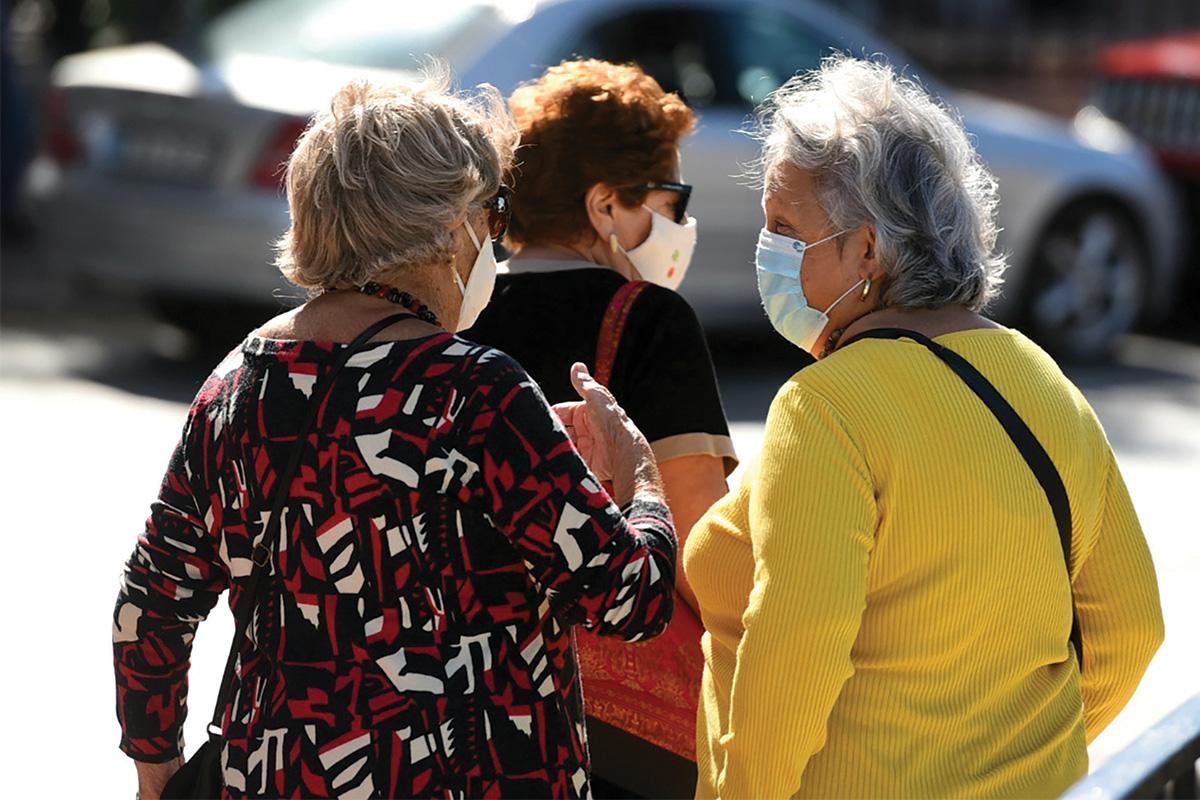 If everything goes well, a vaccine for COVID-19 is expected in the first quarter of next year. Photo: Chris Sant Fournier

In June, you told the nation that “we’ve won the war”.

Absolutely. Things have changed. At the time, we didn’t have new cases for over a week.

Do you think comments like that encouraged people to drop their guard?

At the beginning of the pandemic you used to announce new measures through press conferences. Recently, you’ve done so through press releases.

That was in one specific case, because that was the day when the new leader of the opposition was speaking in parliament. We didn’t want to upstage him. And, I have to say, he didn’t know about this.

Should the opposition be involved in discussions about measures?

I speak with [PN health shadow minister] Stephen Spiteri on a regular basis, and public health has regular meetings with the shadow minister and the leader of the opposition.

When you announce deaths of coronavirus patients, they often come with a line noting that the patient had “underlying conditions”. Some say that the government is trying to downplay those deaths.

Not at all. Some countries don’t report all deaths where the patient is positive for coronavirus. We report all of them.

If a coronavirus patient fell off a building and died, he died with coronavirus but he didn’t die because of coronavirus. Death certificates are not managed by politicians or public health officials, they’re managed by the [patients’] physicians.

A good proportion of people who died with COVID – their primary cause of death was not actually COVID. Putting that in a press release is not misleading, it’s being as transparent as possible. We’re not trying to hide anything.

Robert Abela has called you the best health minister Malta has ever had.

I second that [laughs].

How do you two get along?

In December and January, we were contenders for the leadership of the Labour Party. I didn’t win that, but that’s 10 months ago and life changes. If you look at my record over the last 10 months, and my contribution to the success of Robert Abela’s government, I think that answers your question.

What’s been the biggest bone of contention between you two?

It’s not a question of not arguing. There are very important and sometimes very strong discussions in cabinet. It doesn’t mean that everybody agrees with everything from day one.... [but] once we agree, we agree.

With the benefit of hindsight, is there anything you would have done differently?

There are a couple of things we’ve learned from this pandemic. The first is that we need to be prepared for future pandemics. So, we’re building a pandemic reserve into our health system, because nobody wants to be in the situation that Lombardy was in last February.

The second thing we’ve learned is that there is extra value to the European Union. We’ve realised that there is value to being in a group of other countries. And if the vaccine and the logistics of the vaccine happen as we see them happening, that would be an extremely big feather in the cap of the European Union. We’ve learned to work better together.

This transcript has been edited for length and clarity.