The organisers of four international festivals which were cancelled due to coronavirus concerns will be receiving taxpayer money to cover their marketing expenses.

The Malta Tourism Authority said that this was not a sponsorship, but standard practice for "many" large events intended to draw tourists to Malta.

An MTA spokesperson said they could not say how much money would be disbursed to cover the festivals’ marketing expenses, as organisers have yet to provide the authorities with receipts of their marketing efforts.

Set to attract thousands of clubbers in August and September, the events were cancelled following "an agreement between organisers, the government and the tourism authority".

The festivals' websites highlighted Malta's beauty to prospective ticket-buyers but did not include the MTA or its portal Visit Malta among their list of partners.

Organisers however made reference to "our partners at the Malta Tourism Authority" when cancelling the events.

Tourism Minister Julia Farrugia Portelli had said last month, days before the four events were cancelled, that organised had not received "a cent" in MTA sponsorships.

An MTA spokesperson has however now confirmed that organisers will be refunded for their marketing costs.

"Like many others, these activities are built on marketing concepts drawn by the organisers ahead of the events to draw thousands of tourists to Malta," an MTA spokesperson said.

"At this stage the organisers are in the process of providing receipts of what they had already invested into promoting Malta, and therefore no expenses have yet been incurred," he told Times of Malta.

The events were set to draw thousands of revellers to Malta between August and September and Prime Minister Robert Abela said last week that they would have added an estimated €25 million into the local economy, had they gone ahead.

However, the MTA is informed that a "considerable number" of partygoers who had already confirmed their trip to Malta will still travel to the island for a holiday. 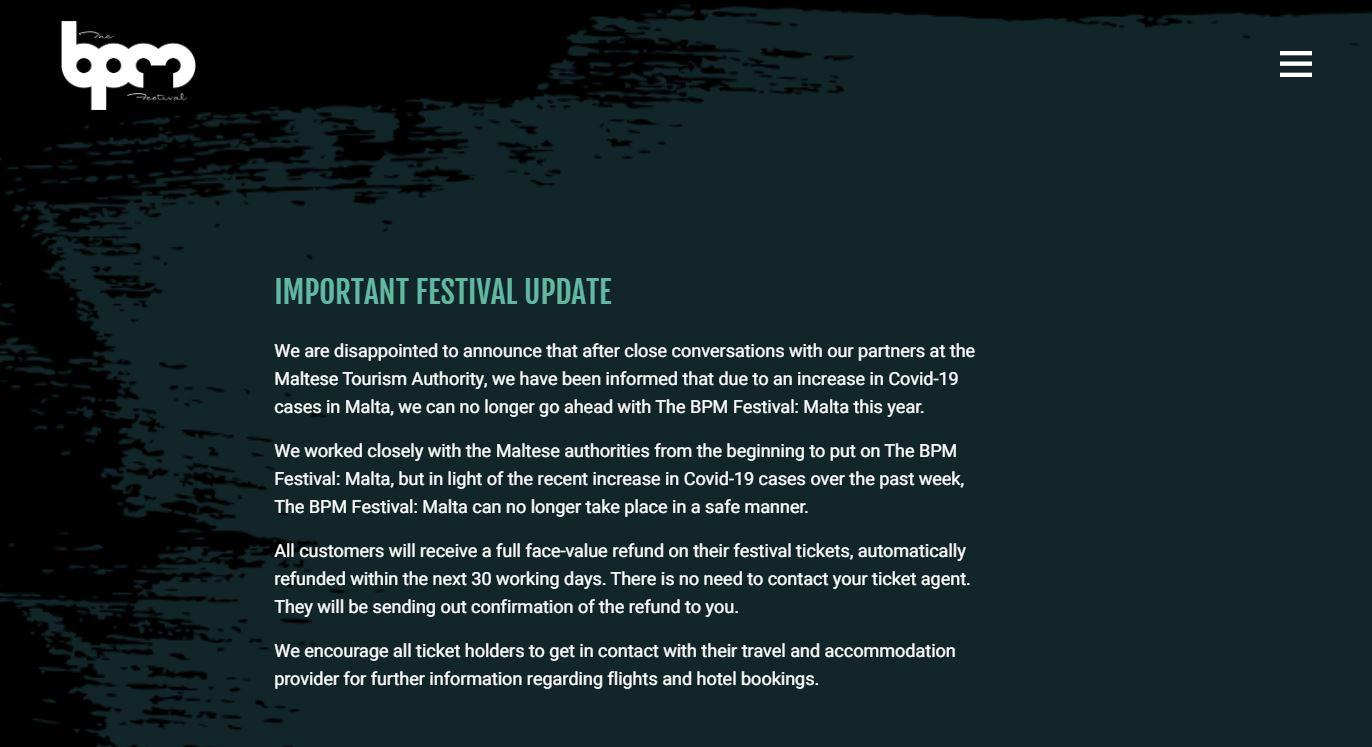 Event organisers described the MTA as 'partners' in cancellation notes posted to the festivals' websites.

All four events were being organised by the same company, Entertainment Ventures Ltd, which is owned by Trevor Camilleri, Gerald Debono, Nicholas Spiteri and Edward Zammit Tabona.

The four men have organised several large parties in Malta in the past and received large sums of money in MTA sponsorships.

Their four festivals planned for this summer were cancelled after mounting concerns about increasing numbers of coronavirus cases linked to mass events, most notably a 'hotel takeover' party and a feast celebration in Santa Venera.

Since then at least another 50 new coronavirus cases have been linked to Paceville, and Malta has an all-time high number of active cases.

Up until Monday morning doctors were still warning that the worst of the COVID-19 pandemic is yet to come as mass gatherings continue to go unchecked.