Malta International Airport boss Alan Borg talks to Diana Cacciottolo about travel restrictions, vaccine checks and a post-COVID future ahead of an expected influx from the island’s largest tourism market.

The British are coming – 150,000 of them. That’s the prediction of Malta International Airport CEO Alan Borg on the numbers of UK tourists that will descend on Malta between July and the end of this year.

Amid a stubborn pandemic that has decimated the tourism industry, Malta’s addition to the UK’s quarantine-free travel list last week is a “game-changer”, Borg says, in an interview ahead of Wednesday’s expected bulk arrivals from Britain.

Even before the announcement of quarantine-free travel, arrivals from British airports were increasing. There were around 8,000 UK passengers in the first three weeks of June – equivalent to the number of arrivals for the first five months of the year.

“I was eagerly waiting for the UK to put us on the green list. So, I’m happy that we finally are now,” Borg says.

“I’ve been working in the airport for 14 years – the UK market has been our number one market during that entire time.”

In pre-pandemic 2019, arrivals from Britain accounted for 23 per cent of passengers, the largest share of a sector that is one of Malta’s key economic drivers.

But the UK’s announcement of quarantine-free travel for passengers is not entirely without its problems.

The highly transmissible variant accounts for 95 per cent of confirmed infections in the UK and is behind a recent surge in cases.

As the UK government last week contemplated which countries should be added to its green list, Maltese health authorities were deciding how to react.

German Chancellor Angela Merkel called for all EU countries to impose quarantine on British travellers. Malta didn’t go that far: instead opting to only allow fully vaccinated people to enter the island from the UK.

If public health had followed Merkel’s advice, it would have been a “significant” blow to the industry, Borg says, describing the restrictions as a “fair compromise”.

“When you consider that the UK has 60% of their adult population double-vaccinated already, it’s fair.

“The worst thing that could have happened to Malta would be to enter the UK’s green list, and, for whatever reason, be then taken off the green list,” he explains.

“We’ve been through a number of shocks, both as an airport and an industry, we can’t afford to have another slowdown in the months to come.”

The second major issue for an airport that is about to become a lot busier is the hours-long delays facing passengers waiting to get their documents manually checked on arrival. 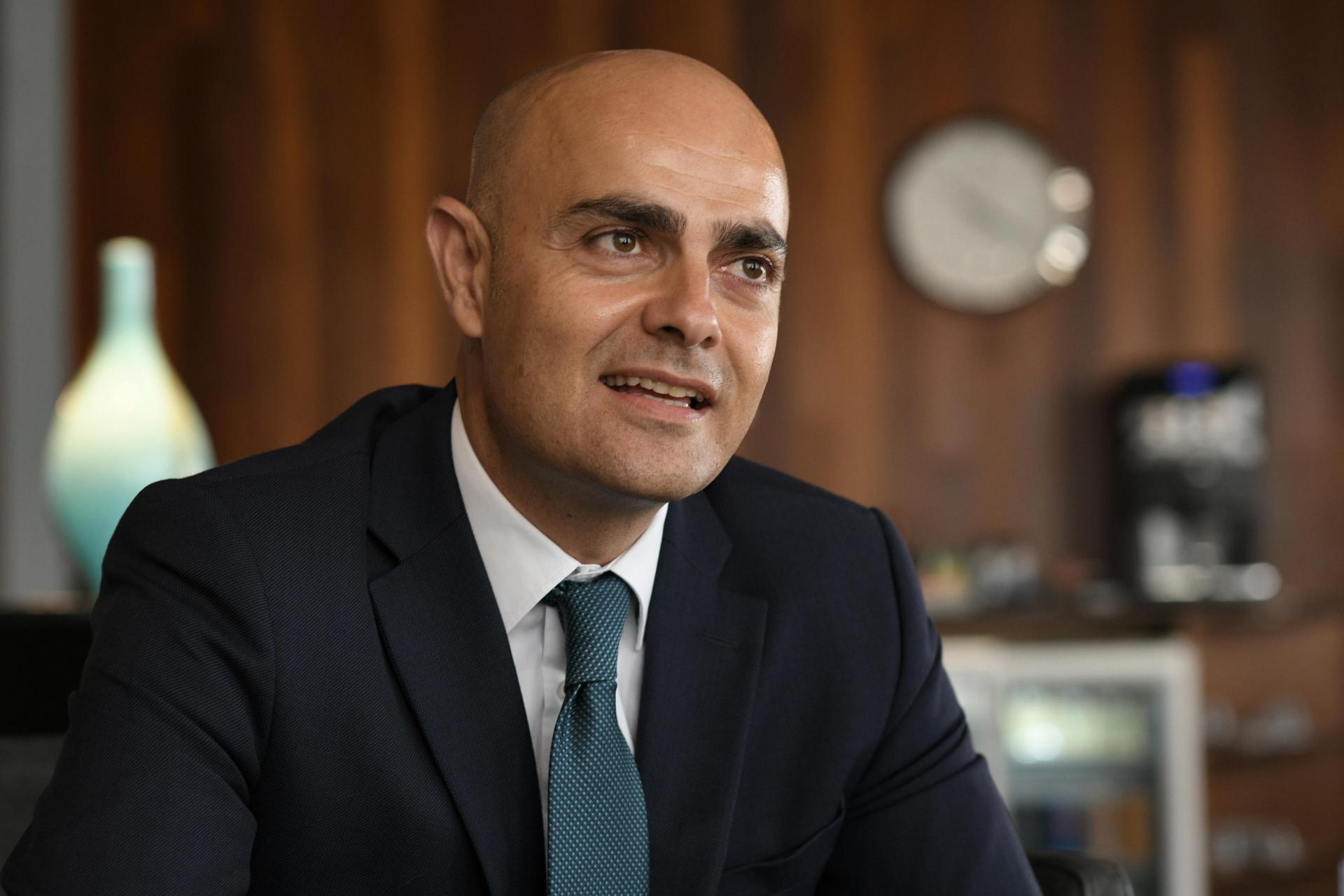 Videos shared on social media recently show queues of people snaking around the arrivals and baggage reclaim areas, standing close to one another.

Airport authorities have repeatedly called for public health to introduce digital checks for documents, which would allow passengers to scan a barcode on their documents and leave.

Borg says this is a problem that needs to be “urgently” addressed.

“I regret the inconvenience and the anxiety that passengers go through,” he says.

“The last thing you want to do as a tourist arriving in Malta – or a local arriving home – is to be waiting for a number of hours before having to start your holiday or see your loved ones.

“I feel really sorry that this is happening but, in reality, if we don’t digitalise the process, the situation isn’t going to improve.”

He says it is “very important” that Malta reaches the July 1 target to link up to the EU’s digital system.

“The first of July is the date that has been announced as the day we will see the transformation in the process here. It couldn’t come sooner.

“It’s important if we want to make sure that as a country, as a destination, as an airport, we continue to push our brand high.”

A Central Bank of Malta report at the end of last year found that 70 per cent of routes had been lost, taking the island back to the same route levels as 15 years ago.

But Borg is optimistic about the future, standing by his previous prediction that Malta will return to pre-pandemic levels by 2023. 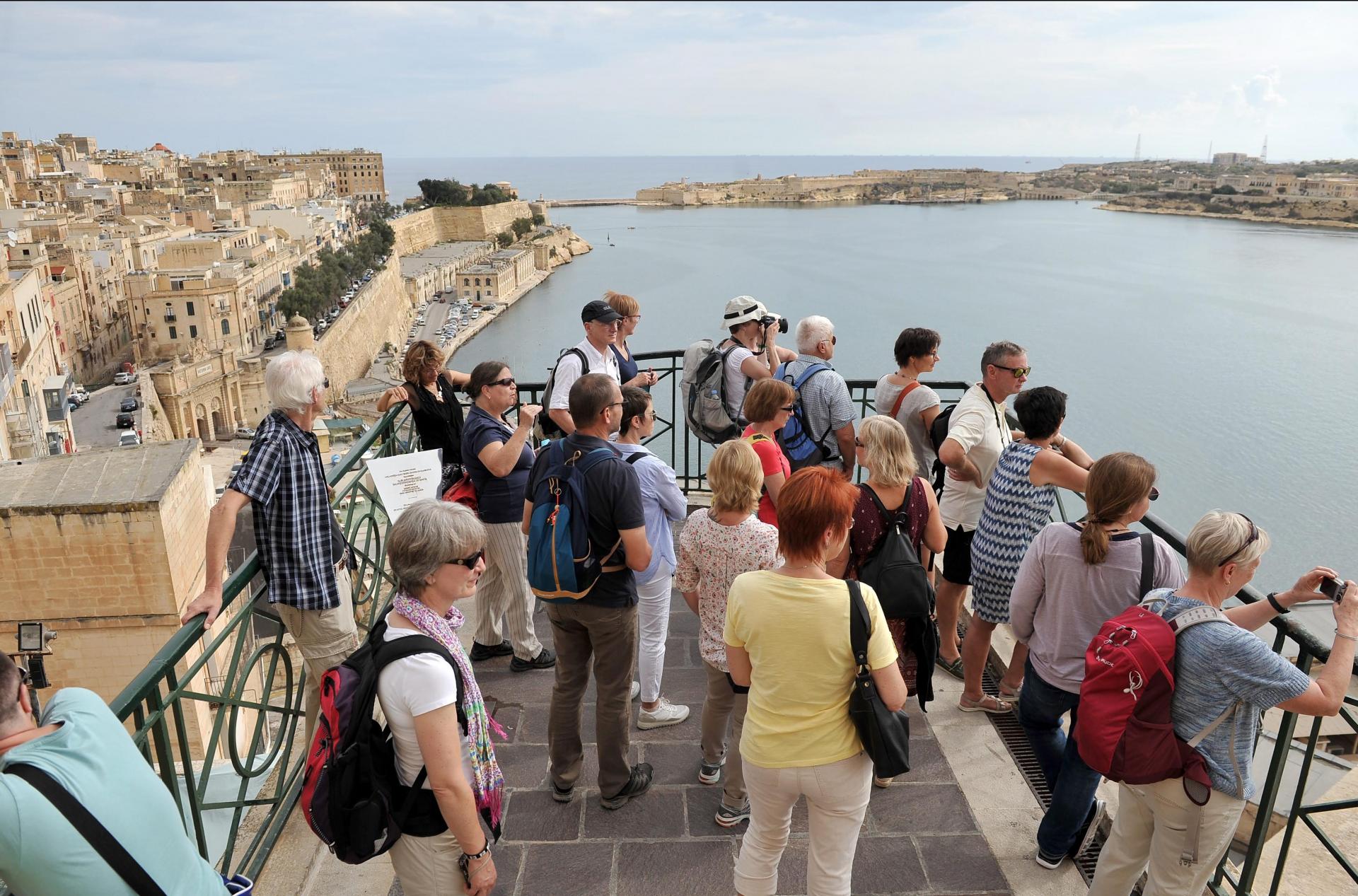 150,000 British people are expected to land in Malta in the coming months. Photo: Chris Sant Fournier

There were almost the same number of passengers in the first week of June (38,000) as in the whole month of April (39,000). And passengers were up 20 per cent from the first to the third week of June, primarily driven by France, Germany, Italy, and relative newcomer, Poland.

Borg predicts leisure travel will bounce back and that Malta can take advantage of an expected slowdown in business travel.

“Business travel may be more challenging for two main reasons – the rise in digital platforms and environmental concerns,” he explains.

“This presents an opportunity for Malta. Airlines need to deploy the aircraft to the demand, which I see will be in the leisure market.”

He points to the arrival of Polish airline LOT at Malta’s airport this week, which is also expecting the return of Emirates, Ukrainian airline SkyUp and Russia’s Aeroflot and will soon welcome Air France – for the first time flying to the island from Paris.

For a country so dependent on tourism, the next few months will be crucial. But if COVID-19 has taught Borg anything, it is not to look too far ahead.
“I try to take things day by day,” he says. “This whole experience has been a roller coaster.”