Mġarr residents and farmers turned up on Saturday morning to express their anger and opposition against the Electorfix group, which is appealing a planning refusal for the development of a solar farm that will take up the area of around six football pitches of agricultural land.

Some 100 people met holding banners reading, “Save Mġarr”, ‘Ħalluna L-Arja’ (leave our air), and ‘Ambjent? Fejn? (Environment? Where?).  The demonstration was led by Moviment Graffitti, which has been at the forefront of the fight against the large development.

Back in March, the PA planning board unanimously rejected the proposal for a massive solar farm. The development application, filed by Joseph Schembri of Electrofix Group, proposed the construction and installation of over 5,700 photovoltaic solar panels on the rooftops of 90 greenhouses.

The project received hundreds of objections.

Despite the project being rejected, the applicants Schembri and Christian Paul Micallef filed an appeal to the Planning Authority to “re-assess” the application once more last month. 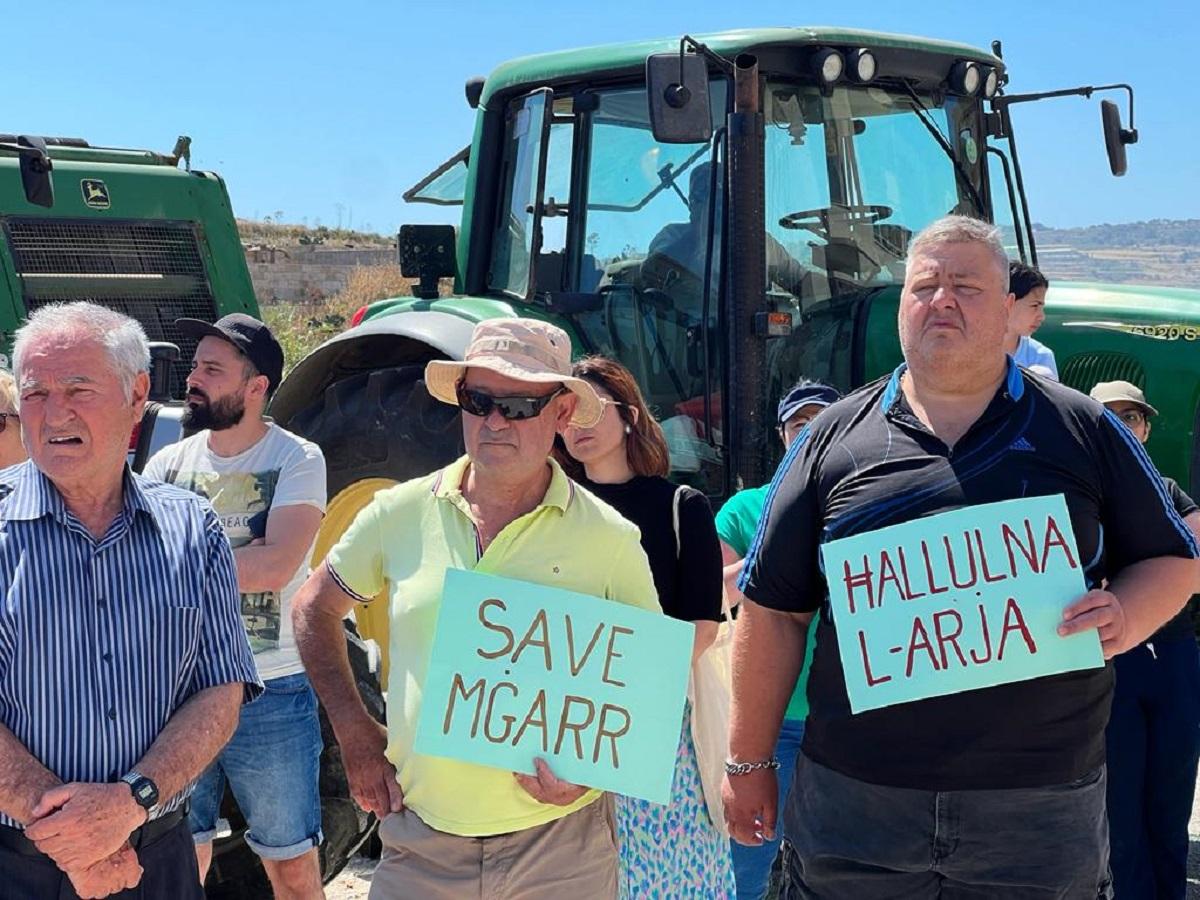 In their appeal, they stated they have formulated new plans following ‘discussions’ with the energy and economy ministries, and the agriculture department.

During the demonstration, Graffitti spokesperson Christine Cassar said there were two serious points of concern regarding the appeal.

She said the presentation of new plans at the appeal stage is “unacceptable”, since the appeal is a legal process and is meant to cover the original plans presented to the planning board.

“The appeal is a legal process during which a person or company appeals to the Tribunal against the decision of the PA, which in this case, refused the application. During the appeal, new plans cannot be presented,” she told the crowd.

She said it is also unacceptable for government ministries to meet and discuss the change in plans.

“Ministers should have absolutely no say in the planning process, authorities, and planning boards should operate without any form of political interference whatsoever.”

She said the project runs counter to the provisions of the document that regulates solar farms in Malta - Solar Farms Policy 2021 - which clearly states they cannot be built on agricultural and natural land.

Cassar also pointed out how Electrofix took up a commercial stand at the government’s AgriFair this week, despite the fact the company does not operate in the farming sector.

Apart from the environmental impact, the project would also impact the historical context of the temples close by, such as Ta Ħaġrat and Skorba, areas of archeological importance with a class A level of protection.

Ta’ Ħaġrat and Skorba form part of a group of megalithic temples constructed during the fourth and third millennium BC that are inscribed in the UNESCO World Heritage List.

According to farmers and archeologists who previously spoke to Times of Malta, the construction of the greenhouses and solar panels will prevent large volumes of water from being absorbed by the soil, with the runoff water flowing down San Pietru street and ending up in Ta’ Ħaġrat temples on the other end of the village. 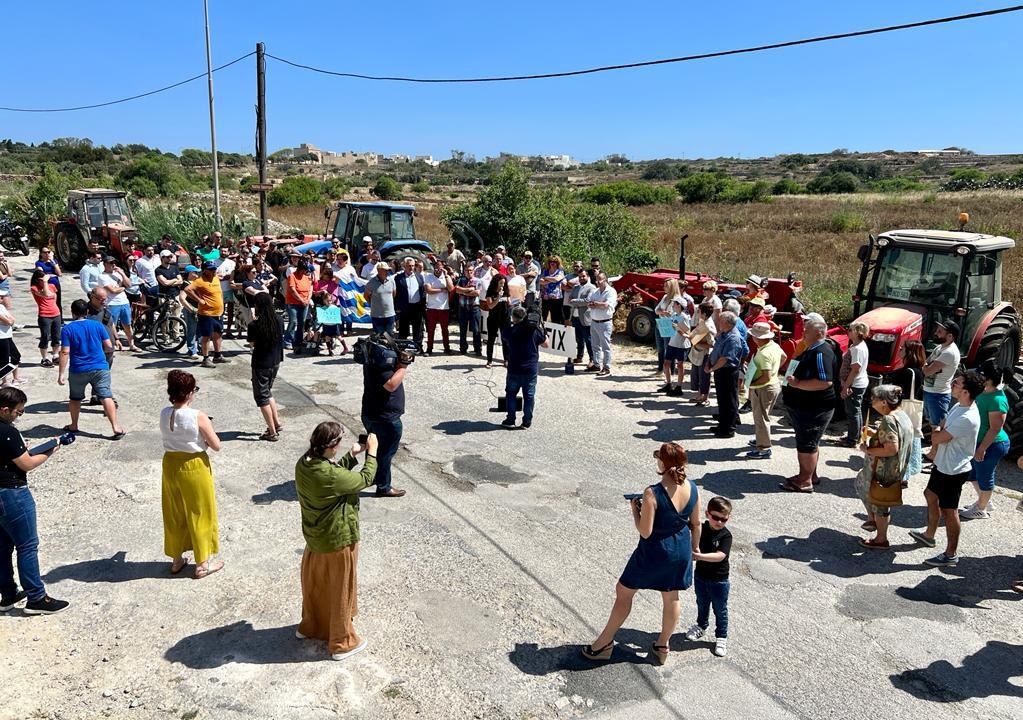 Archeologist Francesco Fontanelli told demonstrators if the area is not protected, and the solar farms are built, there is a chance the temples will be removed from the UNESCO site.

"The amount of rain water which will end up in the site will damage the temples," he said.

"Is this the progress we really want and need? We always talk about moving forward and being progressive, but is this it? Is this the direction we want to go in?"

He said heritage and environment are part of the country's DNA and must be protected. 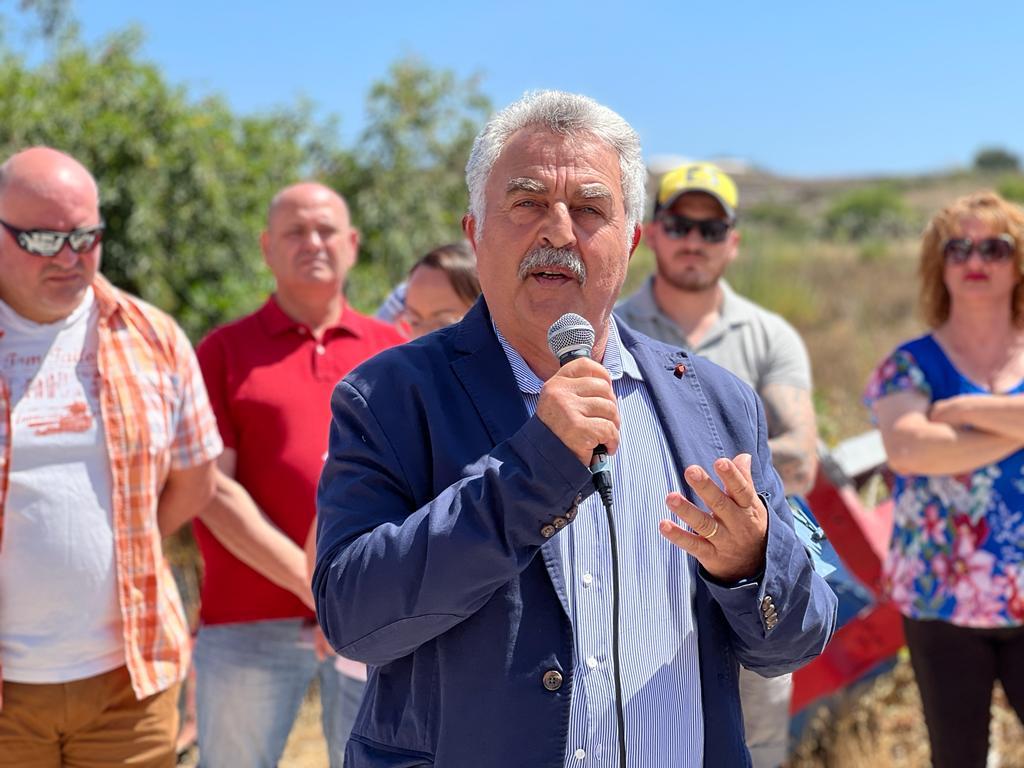 Mġarr mayor Paul Vella said the proposed area of development had been vacated by farmers because they were pushed out of the agricultural holdings.

Just like the farmers and residents, he called for a halt to the project, which he said will leave lasting effects on the village's water resources, heritage, and residents' wellbeing.

"We cannot teach our children the importance of environmental protection, with projects like this, with its visual impact, and the problems it will create to our farming community. If this project is allowed, others will follow and will ruin our country," Vella said.

Farmers present at the demonstration explained the solar panels would be detrimental to the growth of any produce, since their installation would mean that the fields would not be exposed to direct sunlight and would instead fall in the shade.