Malta has received just two offers from all other EU member states to take in migrants this year, the government has said.

The first offer came from Portugal, which offered to take in six of the 1,222 people brought to Malta in 2020 so far.

France has also offered to take in 30 migrants from the 160 who are currently being kept offshore, aboard ships off Malta's coast.

All other requests Malta made to relocate migrants received no response. Malta asked the European Union to coordinate relocations in January, February and April.

While the EU Commission can coordinate relocation efforts - which are always one-offs, without a structured system in place - pledges are the prerogative of member states and depend entirely on their willingness to take in migrants. 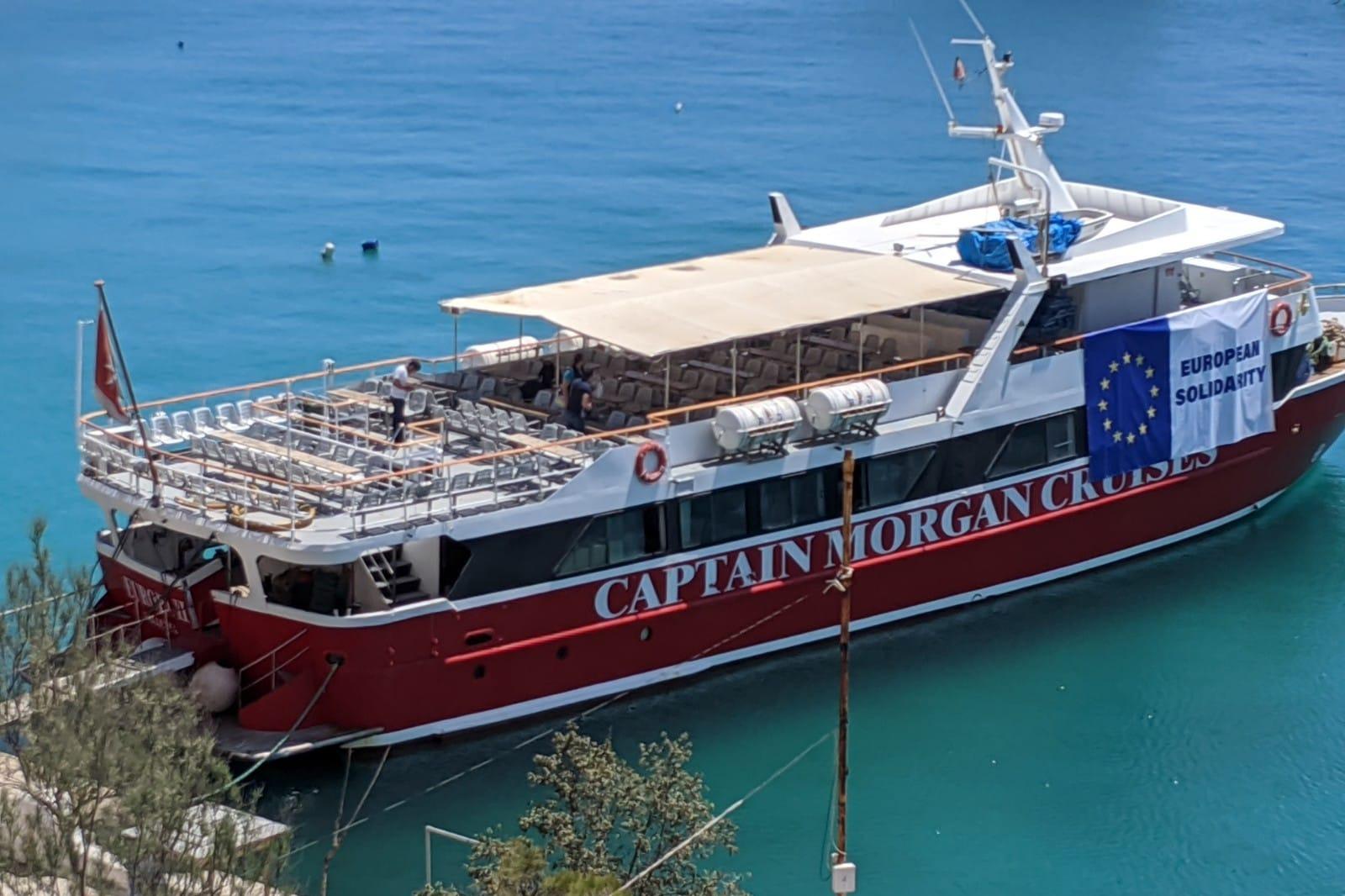 One of the Captain Morgan tourist boats that are housing migrants offshore. Photo: Jonathan Borg

The government highlighted low figures in a statement which emphasised how Malta was carrying a "disproportionate burden" without getting any help from its EU neighbours.

“While Malta has respected to the full its international and European obligations, the principle of European solidarity, which is also enshrined in European legislation, is not being adhered to," it said.

The government issued the statement just hours after an NGO reported that an Armed Forces of Malta patrol boat had first tried to return a group of migrants to Libya and then gave them equipment and supplies to encourage them to reach Italy.

Malta has shut its ports to asylum seekers. It has since returned one group of migrants to Libya through the intervention of a private fishing boat and hosted other groups aboard two tourist cruise boats it is paying €3,000 a day each to lease.

Relocation deals were hard to come by in 2019, too, the government said.

That year, 3,405 migrants reached Malta. EU member states pledged to relocate 610 of those. But only 522 of those pledges have been honoured so far, with the remaining 88 still outstanding, the government said.

"Since 2005, only 8 per cent of migrant arrivals have been relocated to other EU member states despite arrivals exceeding 21,000," the government said.

"It is worth noting that the United States took twice as much as the total pledges of 27 EU member states since 2005."

It said that there were now 4,000 people living in migrant and asylum centres across Malta.

"That means that almost 1% of the population is made of irregular migrants, some of whom are in detention. This is, by far, one of Europe’s highest rates and also shows the disproportionate burden that Malta is expected to carry," it said.