Konrad Mizzi was engaged as a consultant with the Malta Tourism Authority less than two weeks after he resigned from his post as tourism minister, a contract seen by Times of Malta shows.

The agreement, dated December 9, 2019, was never announced by the government.

It provides for Dr Mizzi to serve as consultant in tourism and business development for the authority. 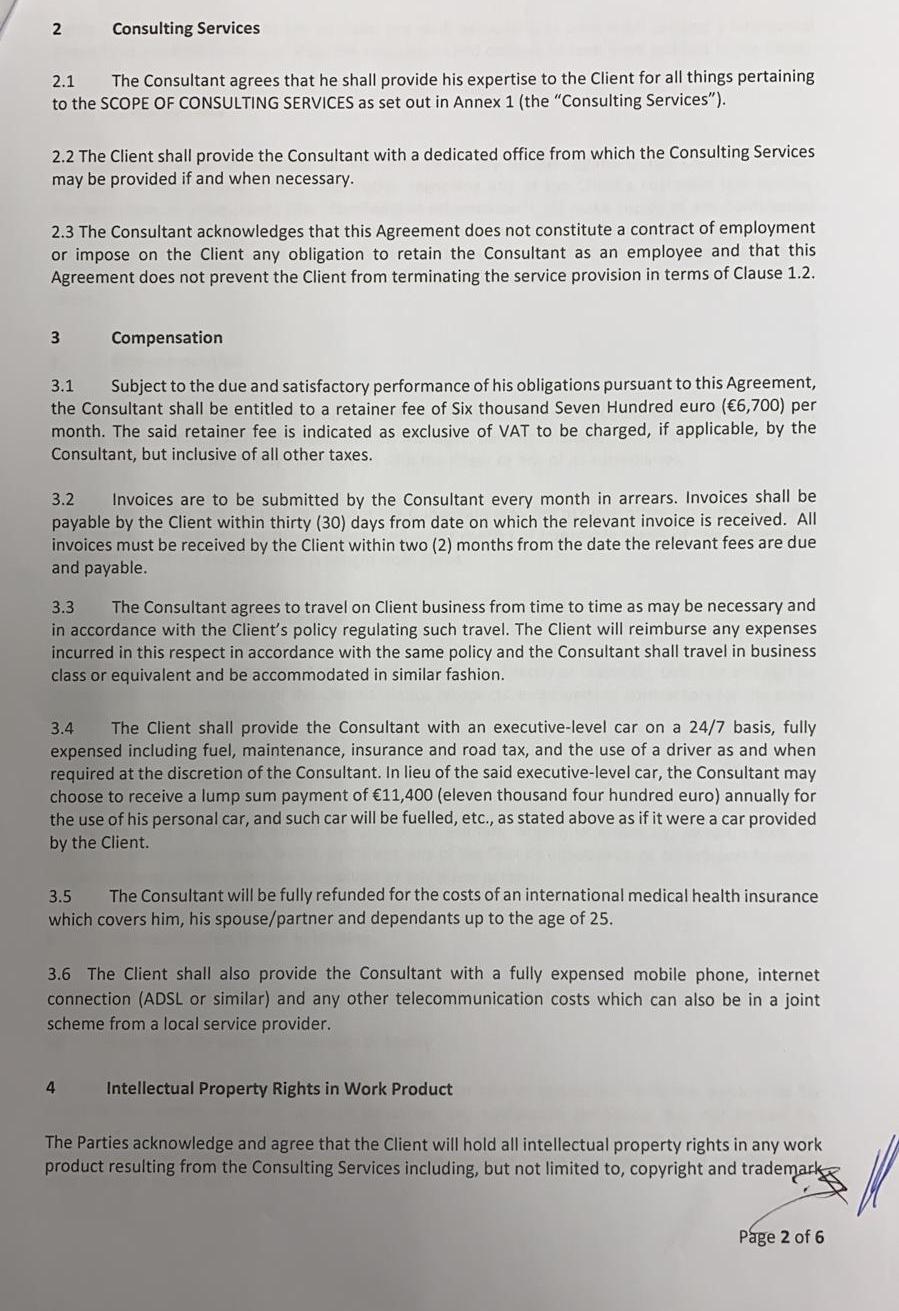 Part of the contract.

The agreement runs until December 2022.

The revenue would effectively make him better paid than the prime minister.

Dr Mizzi resigned on November 26 after being linked to Yorgen Fenech, the businessman who was later accused of being an accomplice in the murder of Daphne Caruana Galizia.

Mr Fenech was a director of Electrogas, which was awarded the government contract to build and operate a new power station.

Mr Fenech was also the owner of secret Dubai company, 17 Black, which was mentioned in e-mails as being the vehicle to be used for the transfer of funds to a secret company registered in Panama by Dr Mizzi.

Dr Mizzi has always denied any link with Mr Fenech or 17 Black.

On Monday, the government also named Dr Mizzi as the head of Malta's parliamentary delegation to the assembly of the Organisation for Security and Cooperation in Europe (OSCE).

The nomination sparked anger among the Opposition.

Repubblika to hold protest outside parliament

Civil Society group Repubblika reacted to Monday's revelations about Konrad Mizzi by announcing a protest outside parliament on Wednesday evening.

In a Facebook post, the group said: "Honeymoon Over, Robert Abela. You may be ok with covering for Konrad Mizzi and the rest of Joseph Muscat’s
gang. But we're not going to cover up with you. We're coming to Parliament on Wednesday 29th January 6pm and we're going to tell you exactly what we think," the group said on Facebook.

In another post, Occupy Justice said: "The gloves are off. Today Robert Abela showed us just what he meant by 'continuity'. No difference from the disgraced ex prime minister."