Disgraced former minister Konrad Mizzi has lumped all asylum seekers in the same boat and said they must “learn to respect us”.

In a Facebook post published a few hours after 20 men were arrested in connection with a fire at a Marsa migrant centre, the Labour backbencher wrote that unnamed people had to “respect us, our country, culture, religion and people”.

“You fled your country. We saved you from drowning. We gave you shelter in our home. We dressed you, fed you. But now learn to respect us,” he wrote.

The post drew almost 2,000 reactions within an hour. Many applauded the ex-minister for his comments, and said that they were well deserved. Others were far more scathing and noted the irony of a minister who refused to resign despite being caught with a secret offshore structure expressing moral outrage.

Around 480 men, women and children were evacuated from the Marsa initial reception centre on Wednesday afternoon after a fire broke out inside a dormitory.

Hundreds stood patiently outside, cold and bewildered, as emergency services put out the flames, arrested 20 men and then led them back inside. 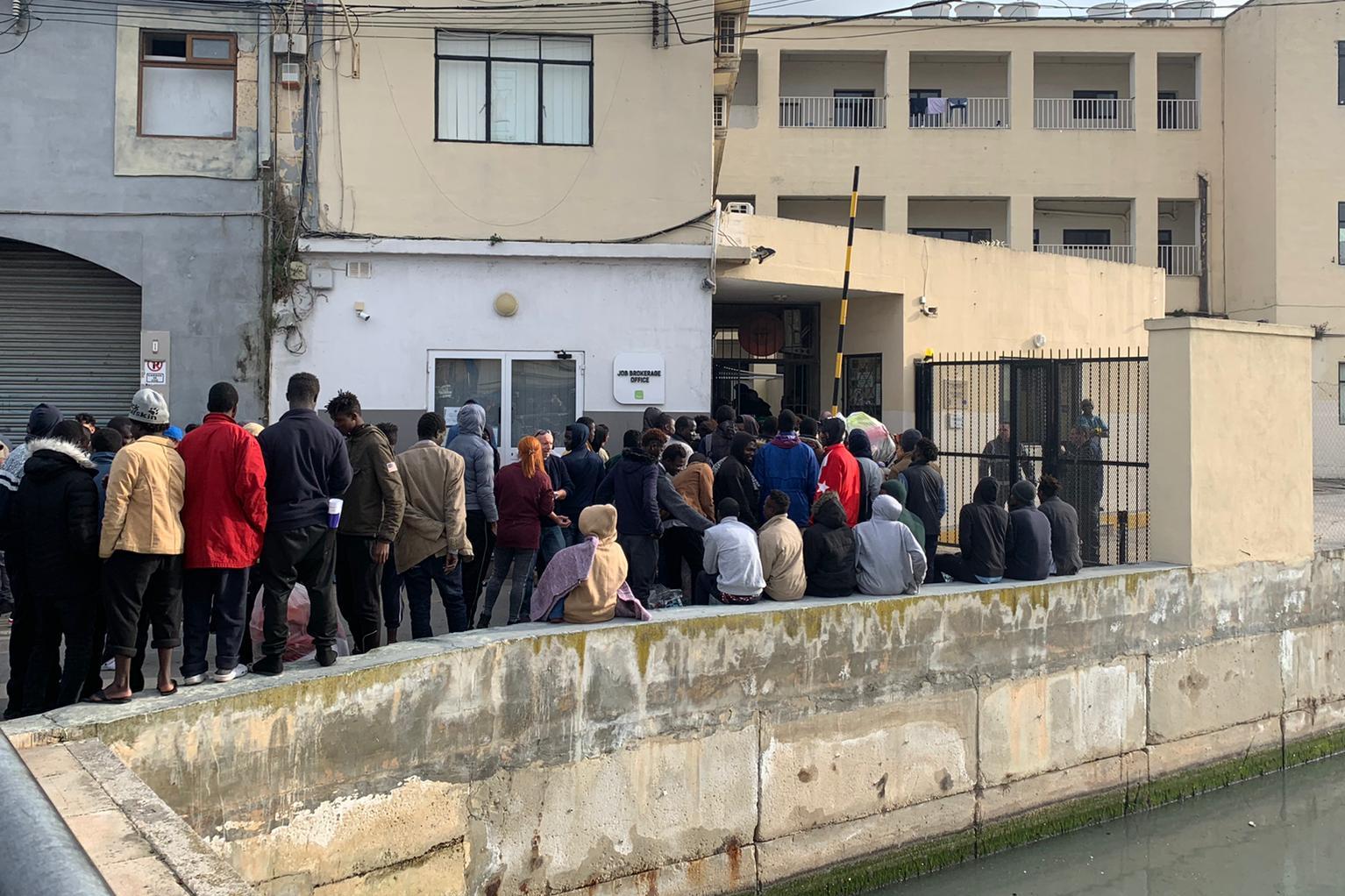 Asylum seekers wait to reenter the Marsa centre where they are being detained, following a fire on Wednesday. Photo: Jessica Arena

Earlier in the day, a further 22 men were arrraigned in court following a minor uprising at a separate detention centre in Safi on Monday. Several hundred people are being kept inside that centre.

Police have had to contend with a series of riots and protests inside migrant centres over the past months.

Detained asylum seekers say they are not given any information about their applications or told when they will be released or relocated. Authorities say that other countries have been slow to offer help.

However, those arrested and charged with causing disturbances only amount to a fraction of Malta's broader community of asylum seekers.

UN refugee agency UNHCR estimates that around 1,400 asylum seekers are currently being held under lock and key in Malta, many for several months on end.

Several hundred more are housed inside an open centre in Ħal Far, with thousands of others in broader Maltese society.

Dr Mizzi, who was caught in 2016 having opened a secret offshore structure while in office, resigned in November following fallout from the Daphne Caruana Galizia murder investigation.

One day prior to his resignation, he had told the media that he had no intention of quitting.

“I stand tall,” he said. “I have nothing to do with this case. Why should I carry responsibility which is not associated with me?”

Dr Mizzi's offshore structure was revealed through the Panama Papers leak. He was the only minister in the European Union named in the massive data dump of almost 500,000 offshore companies.

The Labour MP's offshore company was listed as one of two "target clients" which was due to receive funds from a separate secret company, owned by Daphne Caruana Galizia murder suspect Yorgen Fenech.

In a leaked email, financial advisers for Dr Mizzi and former OPM chief of staff Keith Schembri said that Mr Fenech's company, 17 Black, would be sending funds to the two men's offshore companies.

Dr Mizzi has consistently denied any wrongdoing and insisted that he set up the offshore structure for "family planning" purposes.