Economic Crimes Unit (ECU) chief Ian Abdilla has been removed from his post following years of accusations that he sat on evidence of criminal wrongdoing by top government officials.

Abdilla skyrocketed from the post of police inspector in 2015 to head of the ECU and assistant commissioner within the space of two years.

Ian Abdilla refused to answer questions about 17 Black in 2018.

Abdilla admitted this past March, during a public inquiry into journalist Daphne Caruana Galizia’s death, that he was summoned to the meetings by the prime minister’s former chief of staff.

He claims to have merely advised Schembri to speak to a lawyer about leaked FIAU reports about corruption and money-laundering during these meetings.

That same year, the police had even issued a statement saying there was no reasonable suspicion to even initiate an investigation into Schembri and former Energy Minister Konrad Mizzi, who were both exposed the previous year as having set up secret offshore structures. 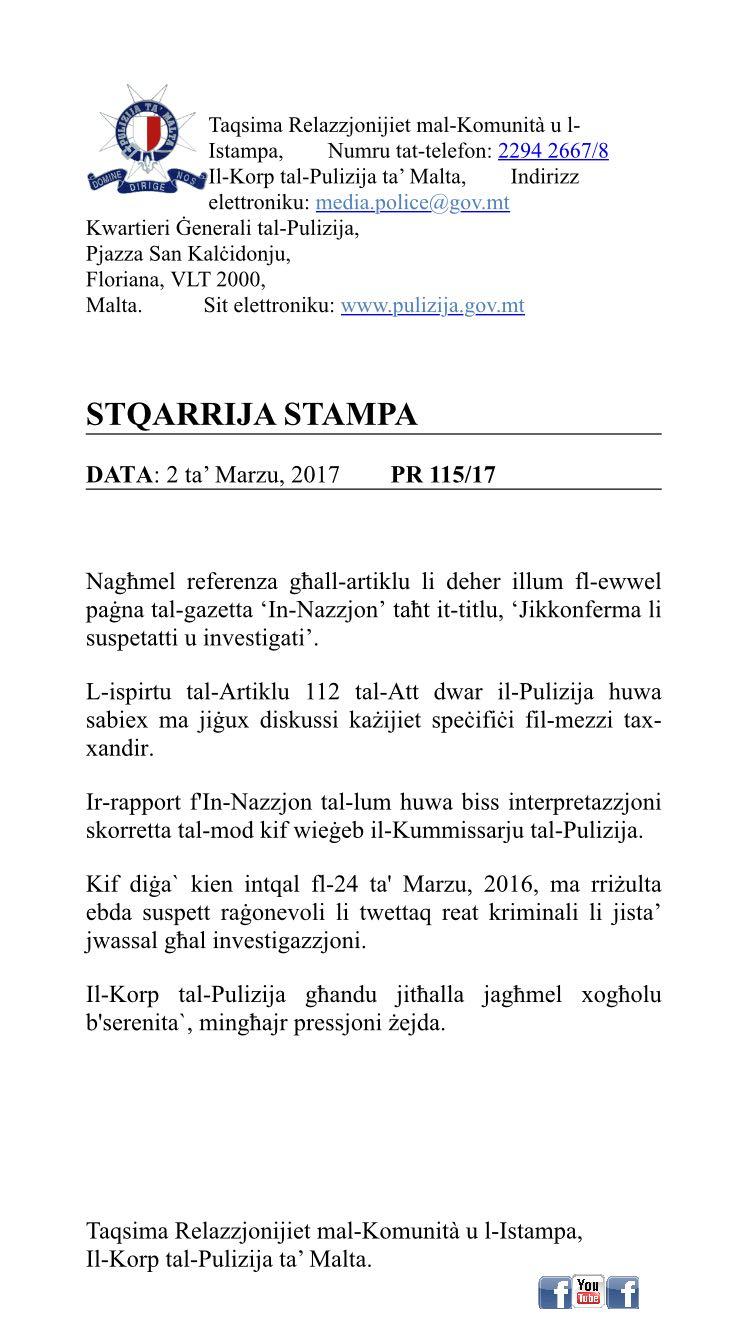 Police issued a statement in 2017 saying there was no reasonable suspicion to even initiate an investigation into Schembri and Mizzi, following a report that such an investigation was under way. 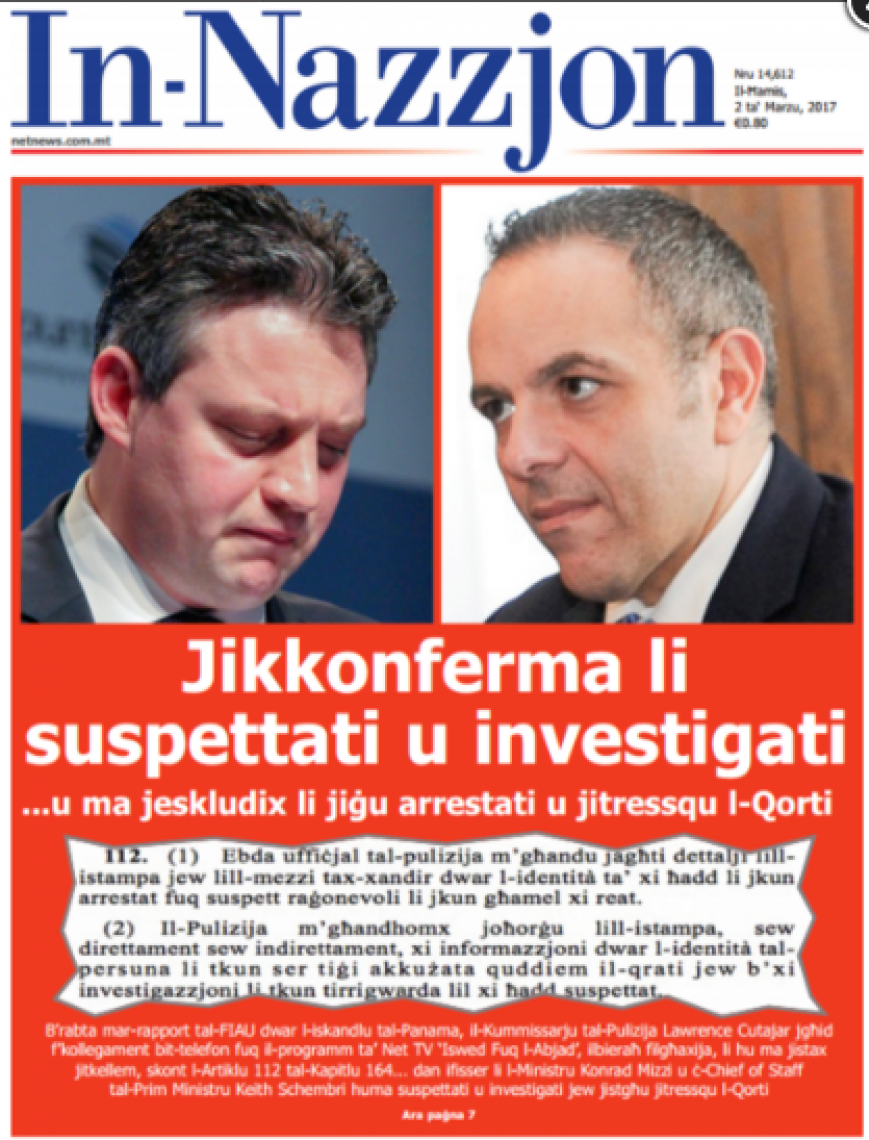 Abdilla has also admitted that he aborted a meeting with murder suspect Yorgen Fenech in November 2018 to discuss a Times of Malta and Reuters report revealing Fenech owned 17 Black.

He said the Portomaso meeting was aborted because his superior Silvio Valletta told him Fenech was “sick”.

Fenech was never questioned and no raids were ever carried out.

Instead, under, Abdilla’s tenure, the ECU put together a botched request to obtain information from the United Arab Emirates about 17 Black. 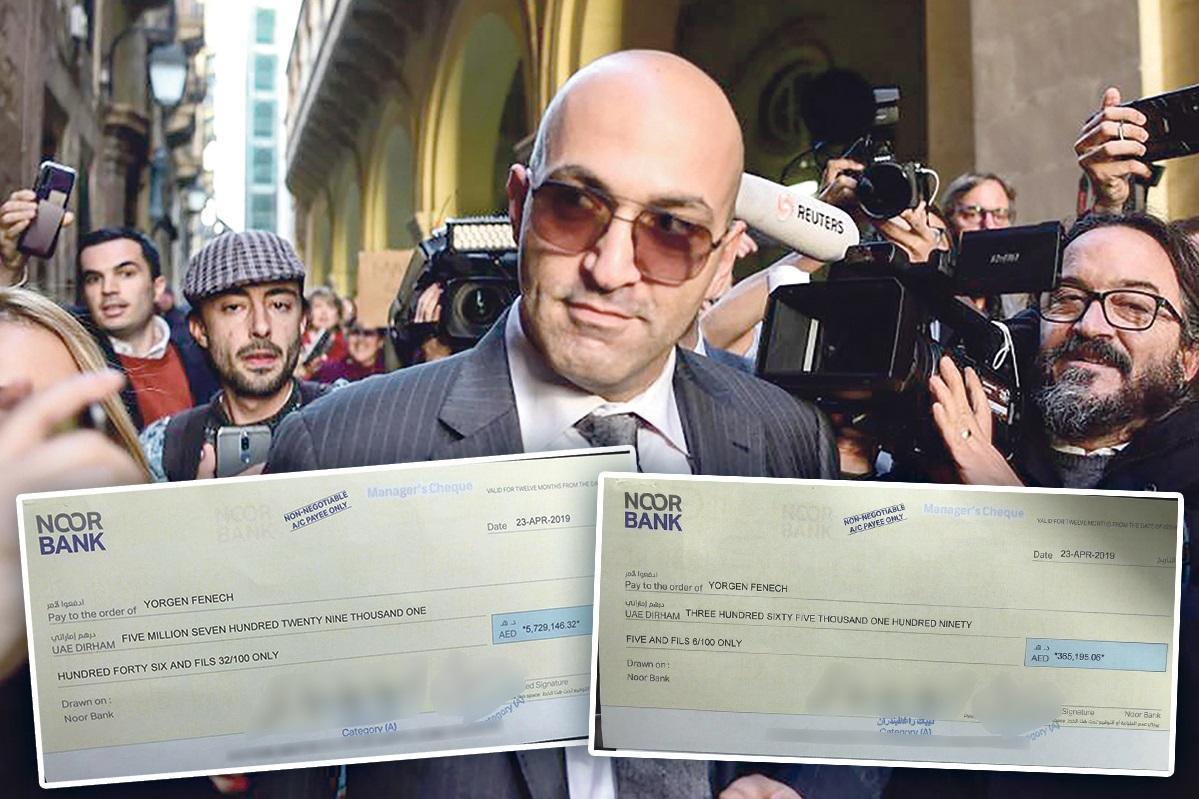 The 17 Black cheques Yorgen Fenech walked away with in April 2019.

Fenech was able to walk away from 17 Black with cheques worth €1.5 million, as no law enforcement or judicial action was ever sparked in Dubai on the strength of an official request by the Maltese authorities.

The business tycoon was arrested in November 2019 on murder charges, with the help of Europol.

Fenech’s lawyers have claimed Abdilla never showed up for a meeting in which their client wanted to offer information about high-level government corruption.

Abdilla said he was only informed about the meeting request days after Fenech had already been charged and was no longer willing to speak.

“If my mother was murdered to prevent her from publishing evidence that was already in the hands of, or that would have eventually come into the hands of, Ian Abdilla and the FIAU, then Fenech must have been absolutely certain that Ian Abdilla would never press charges against him, or even conduct a full investigation, based on that same evidence”, Caruana Galizia said.

Incoming police commissioner Angelo Gafa' announced that Abdilla would be replaced by Alexandra Mamo as head of the ECU during his inaugural press conference on Tuesday.

"In no way am I saying Ian Abdilla did anything wrong," Gafa' said, "but at this point we must send a clear signal that things will change. We need to address shortcomings immediately.”