A pardon given to self-confessed murder middleman Melvin Theuma was on Wednesday added to evidence in the case against three men accused of assassinating journalist Daphne Caruana Galizia.

The pardon was granted to Theuma in November 2019 in exchange for him turning state's evidence and lawyers for the three accused had fought to have it included in evidence concerning the case.

Theuma, a taxi driver, claims he received money from business tycoon Yorgen Fenech to give to the three alleged hitmen, for them to kill Caruana Galizia.

The journalist was blown up in a car bomb explosion in October 2017.

Apart from a copy of Theuma's presidential pardon, the court on Wednesday also received further evidence in the form of three sets of transcripts presented by court experts.

Details about the transcripts' contents were not divulged in court.

Lawyers argued over which recordings of Theuma were to be presented in the case, with defence lawyers saying they were not comfortable with the prosecution deciding which recordings were relevant to the case and which were not. They insisted they had a right to hear all of Theuma’s recordings.

Magistrate Stafrace Zammit said she would rule on that request later on.

Defence lawyers are also keen to cross-examine Theuma but have been unable to do so in the past months, with the middleman out of the limelight as he received medical and psychiatric care.

Theuma has not appeared in public for more than six months, after he was hospitalised with self-inflicted wounds in the summer.

Magistrate Stafrace Zammit said she wanted to hear from psychiatrists caring for Theuma, and set a January 21 court date for the medical team to appear in court and provide her with an update about the middleman’s condition.

Times of Malta reported on Wednesday that cabinet ministers had agreed to turn down a pardon request filed by one of the accused, Vince Muscat.

10.30am That’s all for this live blog today. Thank you for having joined us, we will be back next week when this case resumes.

We’ll have a brief summary of today’s court session available at the top of this article shortly.

10.20am A copy of Melvin Theuma’s pardon has been presented as evidence into the case. So too have several transcripts.

With Theuma still recovering and lawyers disagreeing on which recordings are to be considered relevant, the court has run out of things to do today.

Magistrate Stafrace Zammit adjourns the case to January 21, when she is expected to hear from three psychiatrists who have been overseeing Theuma’s recovery.

10.15am William Cuschieri is firm in his conviction: all of Theuma’s recordings should be made available to them, and their relevance to this case can only be decided once that has happened.

It’s not for the prosecution to decide what is or is not relevant to the defence of the accused, he says.

His colleague Marc Sant (who is representing Vince Muscat) seconds that.

Deputy AG Galea Farrugia says that should the court uphold this request by defence lawyers, the recordings in question would have to be brought to this court from the other proceedings (concerning Yorgen Fenech) and a court expert would need to be appointed.

Superintendent Arnaud: We present only that which is relevant. That doesn’t mean we do not present evidence that is in favour of the accused.

Magistrate Stafrace Zammit: So are you saying that there is nothing ofr or against the accused in these particular recordings?

Arnaud: Yes. If you whittle it down [tagħsar kollox] you end up with around 10 recordings in all.

The magistrate takes note of all this and says she will issue a decree about it later.

Bound by a decree

10.06am We’re heading in the legal weeds here, with lawyers arguing over which recordings are to be considered pertinent ot the case.

Superintendent Arnaud tells the court that there are recordings which are not pertinent to this case (which presumably make reference to other, separate crimes).

Cuschieri says they’ll be the judge of that. “It’s not that we do not trust the prosecutor, but to decide on their relevance, those recordings must be presented for us to hear,” he says.

The magistrate notes that she is bound by the terms of the decree issued by the criminal court, (in which judge Edwina Grima listed the evidence to be gathered here).

10.02am William Cuschieri wants to ensure that they will be allowed to hear all of Theuma’s recordings.

“My clients have a right to hear them, as they were heard elsewhere. There was also mention of them in the press,” he says.

“I base myself on what I have here, not what’s said in the press,” the magistrate replies.

Psychiatrists asked to testify by January 21

9.55am  Magistrate Stafrace Zammit says she wants a medical update on Theuma’s condition and sets a date of January 21 at 2pm for psychiatrists to testify about the middleman.

Meanwhile, another court expert is summoned and presents a pen drive containing another set of transcripts. 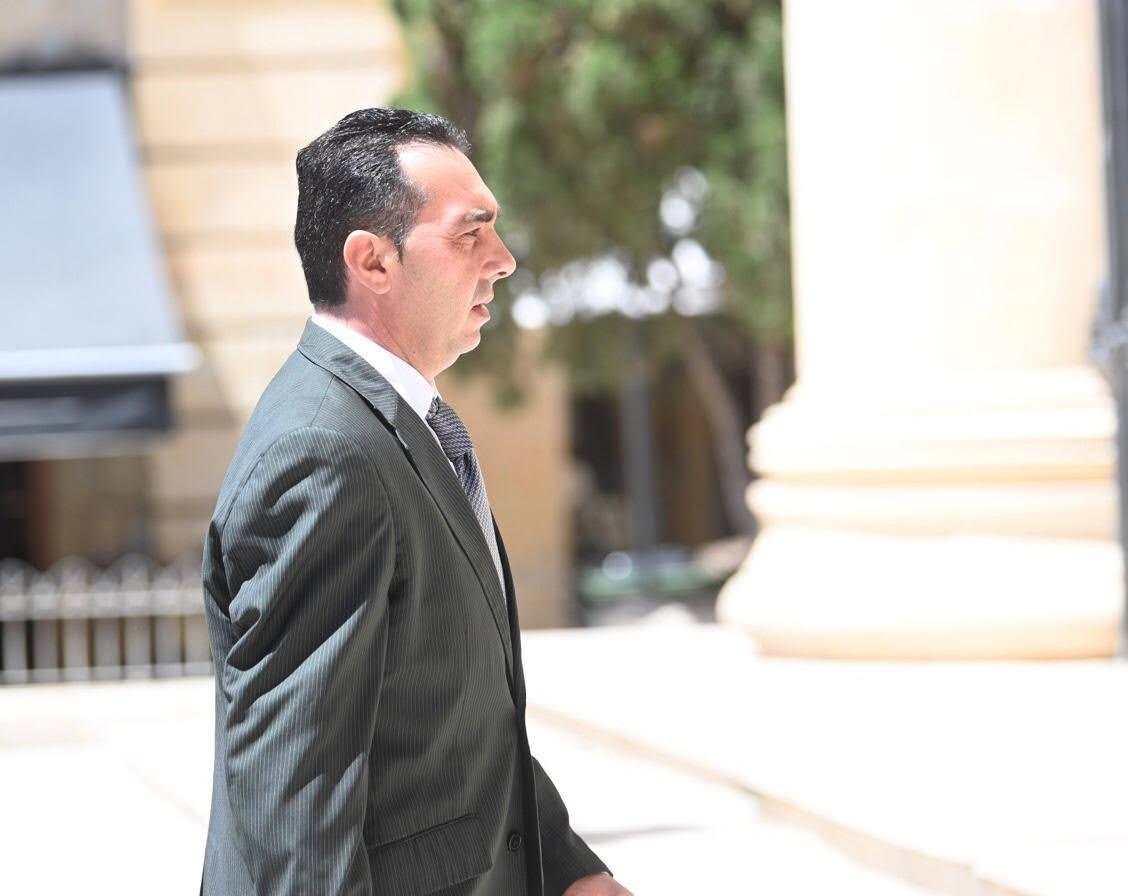 What of Melvin Theuma?

9.46am Lawyer William Cuschieri asks Arnaud about Melvin Theuma. The superintendent says that Theuma is still being treated and assessed by psychiatrists.

The clock is ticking, though: magistrate Stafrace Zammit notes that she is bound by a time limit, and deputy attorney general Philip Galea Farrugia adds that Theuma was due to be cross-examined in the first week of January.

The magistrate says she would like psychiatrists overseeing Theuma's care to inform the court about his state of health.

9.43am The first witness is court expert Yanika Zammit Tabona, a lawyer who transcribed a number of recordings. Copies of those transcripts are passed around the court.

Superintendent Arnaud then takes the oath and presents a copy of the pardon given to Melvin Theuma in November 2019. That's another piece of new evidence which is now part of the court record.

9.35am The Degiorgio brothers are both seated behind the dock, with Vincent Muscat to the side.

Superintendent Keith Arnaud and inspector Kurt Zahra are leading the prosecution, though we have not spotted them in court yet. 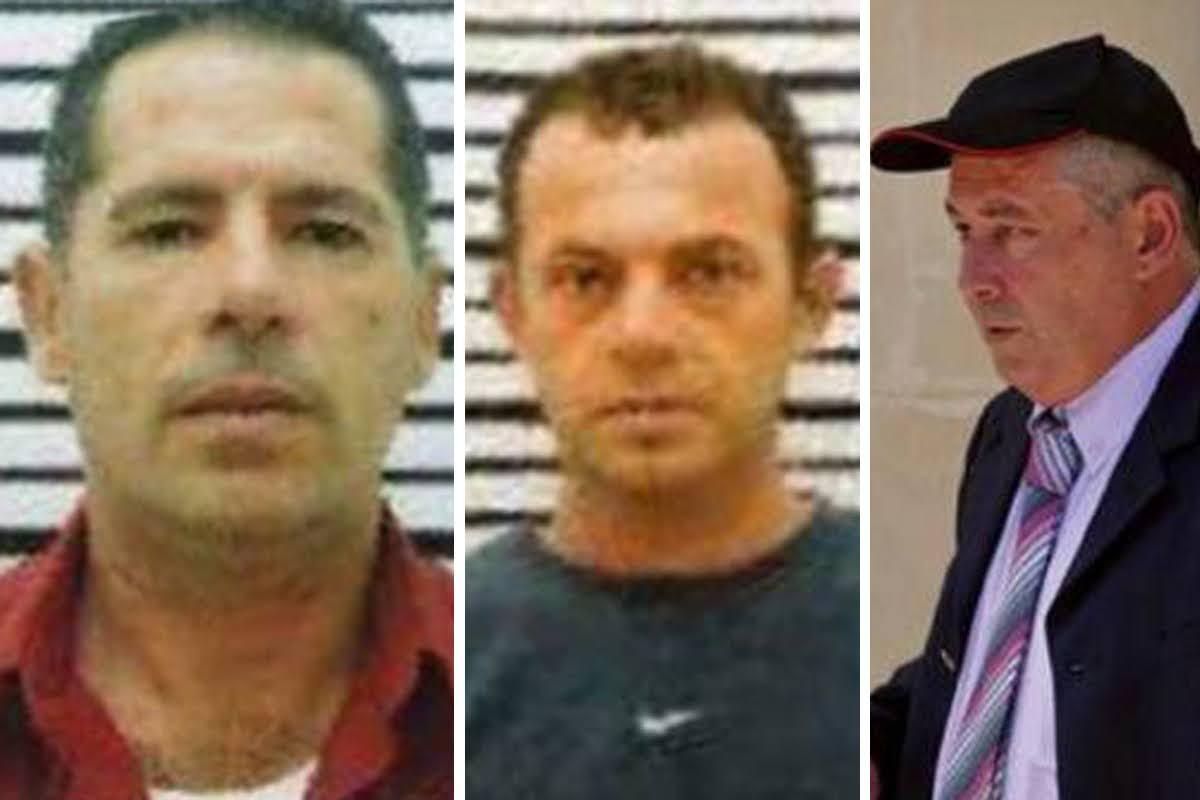 What to expect today

9.28am The court is expected to receive recordings made by Melvin Theuma which are relevant to the case, a copy of the presidential pardon Theuma was granted as well as transcripts of evidence completed by three court-appointed experts.

Although the court has given the go-ahead for Theuma's cross-examination to be concluded, we're told that the middleman will not be appearing in court today. Theuma has not appeared in court since he was hospitalised last summer with serious self-inflicted wounds.

Pinging across the courts

9.23am Today’s court hearing will be presided by magistrate Claire Stafrace Zammit, who led the compilation of evidence in this case.

The compilation was originally wrapped up last year and the case sent to judge Edwina Grima, who in October rejected a series of pre-trial pleas filed by lawyers of the three accused.

Defence lawyers had appealed against that decision, but in the meantime both the defence and prosecution had filed a request for further evidence to be added to the case in the form of Theuma's cross-examination (which had not been concluded), recordings and transcripts.

As a result, judge Grima sent the case back to magistrate Stafrace Zammit, bringing matters to today.

9.20am Good morning and welcome to this live blog. We're at the Valletta law courts in hall 22, one of the larger courtrooms which is often used for jury trials.