Thursday's compilation of evidence against the businessman charged with complicity in Daphne Caruana Galizia's murder had to be cut short after the self-confessed middleman felt unwell during his testimony.

Melvin Theuma had to be escorted out of the hall twice before the magistrate agreed to put an end to proceedings.

Theuma had been involved in a stabbing incident at home last July which left him fighting for his life.

After obtaining a state pardon to tell all, the prosecution believes Theuma's testimony is crucial to nail those behind the October 2017 murder.

Just two of the secret recordings made by Theuma before his arrest were played out in Thursday's case against Fenech.

In the first recording, Theuma voiced concern with Fenech over looming police raids, later explaining he had been told he would be warned about those raids so as to take precautions.

He also asked Fenech to speak to “the other one” (l-ieħor), explaining under questioning that that was a reference to former chief of staff Keith Schembri.

In the second recording, Theuma objects to being “picked up” by police, adding that if Schembri and Konrad Mizzi had not been questioned, then why should he?

Before the case started, the court ordered a ban on names heard in the recordings so as not to put anyone in danger.

Theuma said he had made the recordings prior to his arrest in November 2019 as an insurance policy in case he was eliminated.

1.02pm Theuma turns to his lawyers indicating that he is in pain, pointing to his side.

Arnaud approaches the witness and asks if he wants to carry on. Theuma indicates that he will try.

But his lawyers say he had medical tests coming up soon.

They suggest that it would be better to stop at this stage rather than proceed and then cut off abruptly.

The magistrate addresses the witness directly: "Are you unwell?"

Magistrate agrees to put a stop to his testimony.

The case is adjourned to April 5.

Threat to tell all if arrested

1pm “Le, jien ma ninġabarx (no, I will not be picked up [by the police]),” Theuma is heard saying in the recording.

He says that if Keith Schembri and (former minister) Konrad Mizzi had not been questioned so why should he?

Theuma sounds annoyed about the upcoming raids. He is objecting to his arrest. He says that if he is arrested, he will tell all.

'Myself, Yorgen and Keith'

12.45pm A second recording is played out. It's a conversation between Theuma and an individual - they are discussing a way to active disappearing messages on their mobile phone.

A loud ringtone cuts through the men’s conversation on tape. Theuma takes the call and says “Sunday in the morning” repeating the phrase a couple of times.

He is speaking to a third party.

Theuma does not recall the date of the recording but says this is not related to the murder case.

The recording resumes: "Myself, Yorgen and Keith," Theuma says when asked if the three of them "knew".

12.40pm Arnaud tells the court that in the next recording, the name of a certain individual had better not be published.

While they sort the way forward, Theuma is led out of the court room. He stands up shakily and leaves.

Parties agree that the recording will be paused up until this particular point.

After a couple of minutes, Theuma is led back in and slumps down on his chair.

12.30pm The sitting continues. Theuma is trying to explain what he means by "nies ta' barra" heard in the recordings.

He clarifies he was referring to Europol, which were roped in to assist on the murder case.

Fenech had told him that the Caruana Galizia murder probe had died down but told Theuma "int ma tridx tibqa tiġġieled" (you don't want to keep fighting). 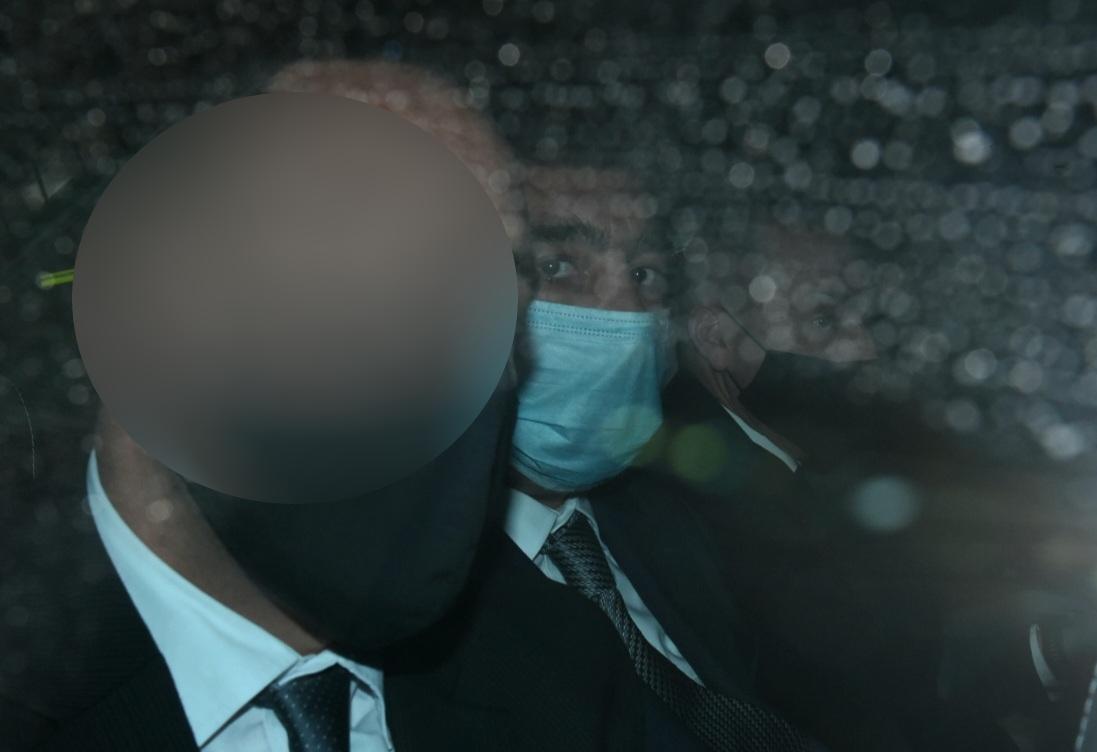 12.35pm Theuma looks unsteady and he is given a chair. Just a few minutes ago he left the court room temporarily to be given medication.

Let's remember, last July, Theuma was involved in a stabbing incident at his home in Swieqi. For several days he was fighting for his life.

Arnaud asks him if he is OK. Theuma nods.

12.15pm Theuma is heard telling Fenech that a sanction letter prepared by his bank had been withdrawn. The bank manager had told Theuma that the FIAU had spoken to him about him.

Theuma said he used to be told that he would be warned of looming police raids and to therefore take precautions to ensure his mobile phone is not seized by the police.

No need to change phone number

12.05pm Theuma confirms that he had been telling Fenech about the upcoming money laundering raids.

Fenech had told Theuma that he would speak to "the other one" - Keith Schembri.

Johann Cremona (Fenech's associate) had told Theuma to change phone numbers but Fenech said there was no need to do that.

12pm The men in the recording are discussing investigations and there's mention of FIAU. This conversation seems to be much less animated than others we heard before.

They are short exchanges interspersed with long stretches of silence, with background engine noise. It's Fenech who seems to be doing much of the talking.

Theuma says he does not remember the date of the recording.

He confirms that he had picked up Fenech from the airport on his return from Monaco.

For background: Theuma said he had taken these secret recordings as a kind of guarantee in case he was eliminated because of his connection to Caruana Galizia's murder.

11.51am We hear the background sound of a car engine. Suddenly there’s  mention of some “investigation” money laundering.

Theuma is telling Fenech about the planned raids on his properties.

There is too much background noise in the recording, the magistrate says.

11.45am The first of secret recordings made by Theuma is played out in court. Meanwhile, Fenech has moved to a chair right beside his lawyers so that he may follow the transcripts of these recordings.

Theuma and Fenech are heard in the recording discussing Monaco as a travel destination.

11.40am After deliberation, the magistrate orders a ban on names, saying theyt are not to be published in any manner.

She makes it clear that this is a "serious ban" and any breach is prosecutable as contempt of court.

11.30am With two armed guards sitting beside Fenech, the case starts. Lawyer Gianluca Caruana Curran joins him at the bench.

The magistrate re-emerges from her chambers.

Investigator Keith Arnaud requests a ban on names to be mentioned in today’s recordings, especially those who had not been named previously. The current circumstances might place these people in danger, he says.

The defence lawyer suggests the parties ought to approach the magistrate's bench so that Arnaud might explain better.

11.20am One hours 20 minutes later Yorgen Fenech is being escorted in the court room.

It has been a week since the last hearing.

11am It appears there is another case scheduled before Fenech’s that has to be heard first but one of the accused men was brought in late. The case concerns the theft of car batteries from vehicles.

We're still not sure when today's proceedings can start.

10.35am We are still waiting for the magistrate to emerge from her chambers.

Under heavy security, Fenech and Theuma are waiting to enter the court room.

We don't know what has led to the delay.

10.10am Witnesses and family members of Caruana Galizia and Fenech are gathering in hall 22. The prosecution and lawyers are also present.

It's almost surreal in court today.

The first hearing in a compilation of evidence against a series of people charged with major financial crimes also begins in a hall above ours on Thursday.

You can follow the live blog by Diana Cacciottolo and Matthew Xuereb here.

9.55am Theuma suggested there was an attempt to bribe a magistrate and the police inspector investigating the assassination.

Two covertly recorded conversations between Theuma and Johann Cremona, a close associate of Fenech, were also played to the court.

In one of the recordings, Cremona told Theuma that one of the hitmen, Vincent Muscat, had gone to court to reveal all but that the court "did not consider him".

However, the main witness's credibility was repeatedly called into question after he told the court that he made up a story about giving €15,000 to the then police commissioner Lawrence Cutajar, describing his own claims as "bluff".

Yorgen Fenech: a business tycoon and heir to a family fortune, and the man in the dock: Fenech is accused of complicity in Daphne Caruana Galizia's murder;

Melvin Theuma: a taxi driver who worked for Fenech and who has testified that he served as a middleman between Fenech and the alleged hitmen;

Vince Muscat: The only man who has confessed to his role in the murder;

Keith Schembri: a childhood friend of Fenech's and the chief of staff to Joseph Muscat when he was prime minister;

Kenneth Camilleri: a staff member in the office of the prime minister