Updated 4.31pm with government announcement that it will not appeal.

Civil society activist and blogger Manuel Delia has won a constitutional case filed against the government over the persistent dismantling of the makeshift memorial to Daphne Caruana Galizia.

The judgment was delivered on Thursday in the proceedings filed against former Justice Minister Owen Bonnici after flowers, candles and photos placed at Valletta’s Great Siege monument following the assassination of Ms Caruana Galizia were repeatedly cleared away.

The Justice Ministry said that it will not appeal.

"After consulting the Prime Minister and the State Advocate, the Ministry declares that the government will not file an appeal, despite its right to do so by law.

"The government’s decision not to file an appeal reflects Prime Minister Robert Abela’s position on this case," the ministry said.

The memorial was created on October 18, 2017, two days after Ms Caruana Galizia was murdered in a car bomb outside her Bidnija home.

For months, volunteers were at loggerheads with public maintenance employees who used to clear the vigil during the night. A court was told that it was former Justice Minister Owen Bonnici who had ordered the clearing in September of 2018.

Parliamentary secretary Deo Debattista, whose portfolio back then included responsibility for Valletta 2018 and Public Cleansing, had told court that Dr Bonnici asked him to clear the memorial after the decision to restore the Great Siege monument had been taken.

Dr Debattista had said he had learnt that the monument had been cleared “some 20 times” through the media. He had never given any direct order to that effect, he had added.

In its constitutional jurisdiction presided over by Mr Justice Joseph Zammit McKeon, the First Hall, Civil Court, ruled that the persistent clearing up amounted to a breach of the applicant’s right to freedom of expression.

Court's recommendations on how to place what

The Court meanwhile recommended that Mr Delia and those with the same mindset should respect the monument and the area around it.

It called on the blogger to avoid attaching or putting 'protest items' on the statue itself and the white marble pedestal. Candles, flowers and plants should also not be placed on the pedestal.

Such items can be cautiously and responsibly placed on the coarse base and the bottom part of the monument which hosts soil and plants, the Court ordered.

Asked for a reaction, Mr Delia called for the resignation of Dr Bonnici.

"Our fundamental human right to protest has been recognised. Dr Bonnici violated our rights more than 500 times. He must now resign." 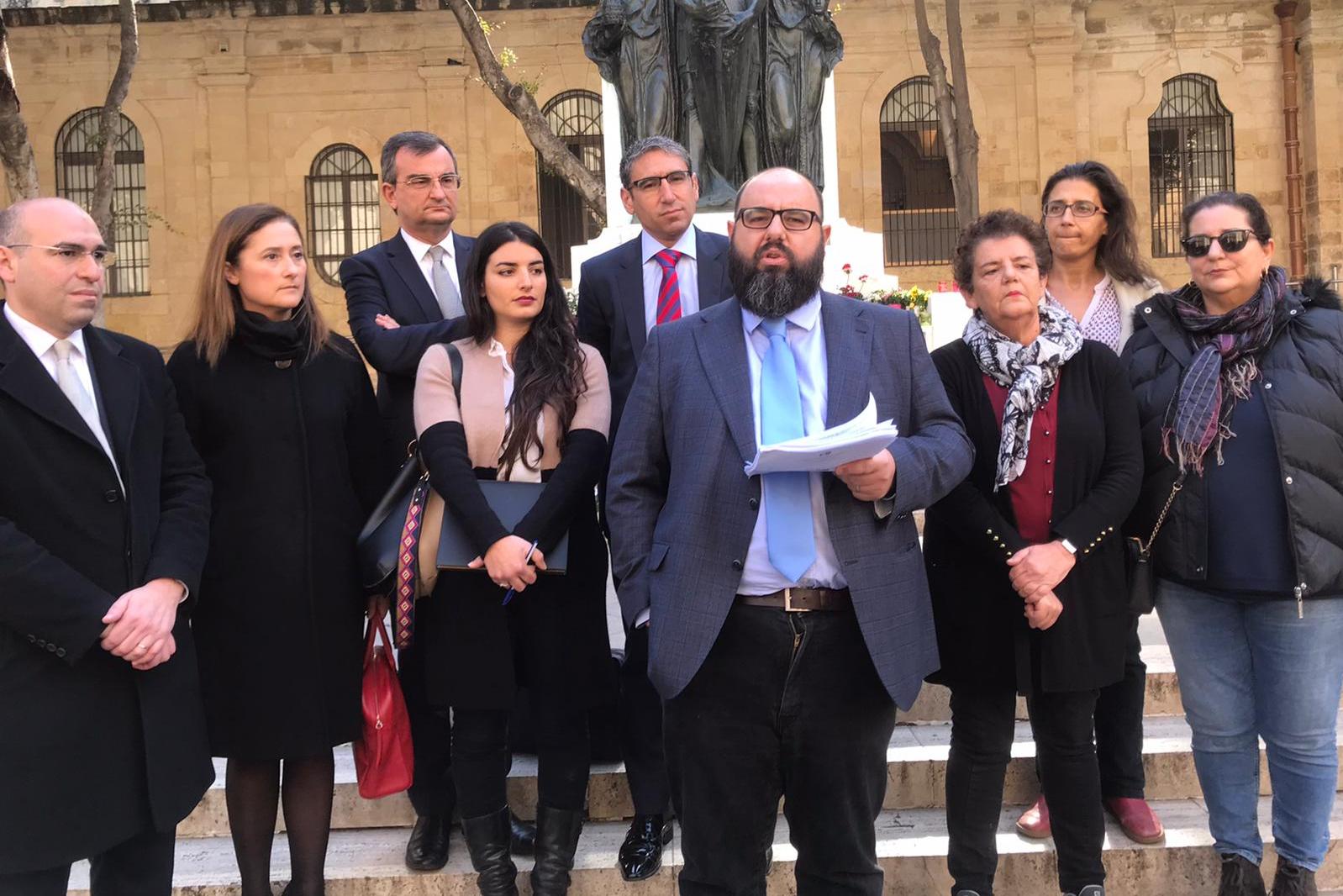 Meanwhile, addressing the media outside of the Law Courts, Mr Delia called on the prime minister to shoulder responsibility if Dr Bonnici did not.

"The court has declared that Dr Bonnici used the memorial to increase division (firda). His position as a government and education minister is untenable."
The judgment was a recognition by the Court of the right of every individual and organisation and most importantly Ms Caruana Galizia's family to protest," he said.

"Whoever protests has a right to choose where and when to do so. The judgement is also an 'unintentional' response to Dr Abela who on Wednesday said the protest was out of place."

Mr Delia recalled how the case kicked off on September 15 of 2018, soon after the site was hoarded as the Great Siege's restoration got underway.

The judgment was a win, however, the court was also recognising the daily loss of freedom of expression, of everyone, not just mine, he said.

He pointed out that the court had clarified that the flowers and candles were not rubbish and the order to remove them was given by Dr Bonnici. The Court, he added, was convinced that the minister's order was given with the intention of hindering freedom of expression.

The court ordered the government to compensate Mr Delia (€1,000) and to return the 'stolen' banners while also asked Dr Bonnici to pay for expenses.

"However this cannot stop here. If it does, we would be abandoning political responsibility... as justice minister, Dr Bonnici, who was referred to by the court as "competitive" (pikuż), had an obligation to protect freedom of expression."