Updated at 1.55pm with video

A hole in tarmac of the newly-opened Marsa flyover that had to be urgently repaired last week was "not a pothole", according to Infrastructure Minister Ian Borg.

Fielding questions from journalists, Dr Borg insisted there was no pothole and the issue was merely spin by the Opposition.

When it was pointed out that on-site visits confirmed there was a gaping hole that was repaired, Dr Borg again dismissed any issues, saying the flyover was safe and structurally sound.

On Monday, Times of Malta reported a ‘crack’ on the underside of the flyover, which the minister attributed to missing expansion joints that are expected to be installed in the coming weeks.

'It is not a pothole': Infrastructure Minister Ian Borg. Video: Mark Zammit Cordina

Dr Borg dismissed concerns that the flyover was opened prematurely, insisting thousands of people were making use of the flyover.

“Some people are just not happy with this government’s success,” he quipped.

The flyover in question was one of two that was inaugurated on September 20 during an event by Infrastructure Malta costing €40,000.

Since then, the formation of a pothole and the lack of expansion have led to questions whether the flyover was inaugurated too early. 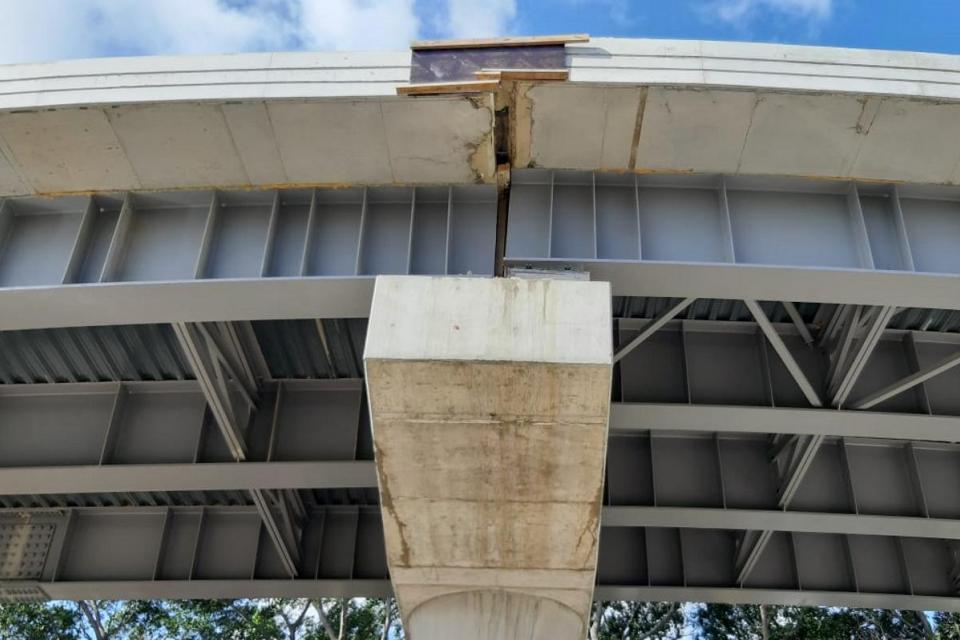 Material was seen crumbling off the underside of the flyover.

Marc Bonnello, who heads the University of Malta’s Civil Structural Engineering department, told Times of Malta that expansion joints are a common feature in structures like the flyover, as they “allow movement”.

While commuters were not in any danger if they used the flyover while it did not have expansion joints installed, cars which drove over the gaps could technically sustain damage, he said.

The two interconnected flyovers, extending half a kilometre, link Marsa and Luqa, replacing the route through the Addolorata Cemetery traffic lights junction.

They are part of a €70 million project, co-financed through the EU’s Cohesion Fund and Connecting Europe Facility, which includes the development of a new multi-level intersection to replace the Addolorata traffic lights system with 12 kilometres of uninterrupted lanes, grade-separated at three levels, creating direct northbound and southbound connections between the arterial roads merging at this network node.