Residents, activists and concerned citizens have gathered for the third time in three weeks to express their anger at Transport Malta’s plans for a yacht marina at Marsascala.

Some 100 people met holding banners reading "No marina, No pixxina [swimming pool]", "Stop raping our beautiful village" and "No marina". A small group swam across the bay holding posters.

Moviment Graffitti, who organised the protest, called for an end to "greed" in the planning and construction sector.

“The people have had enough. No yacht marina, in any form or shape, is acceptable in the narrow Marsaskala creek. We won’t be fooled by hollow statements about 'consultations' and 'listening to the public’s concern'," a group spokesperson said. 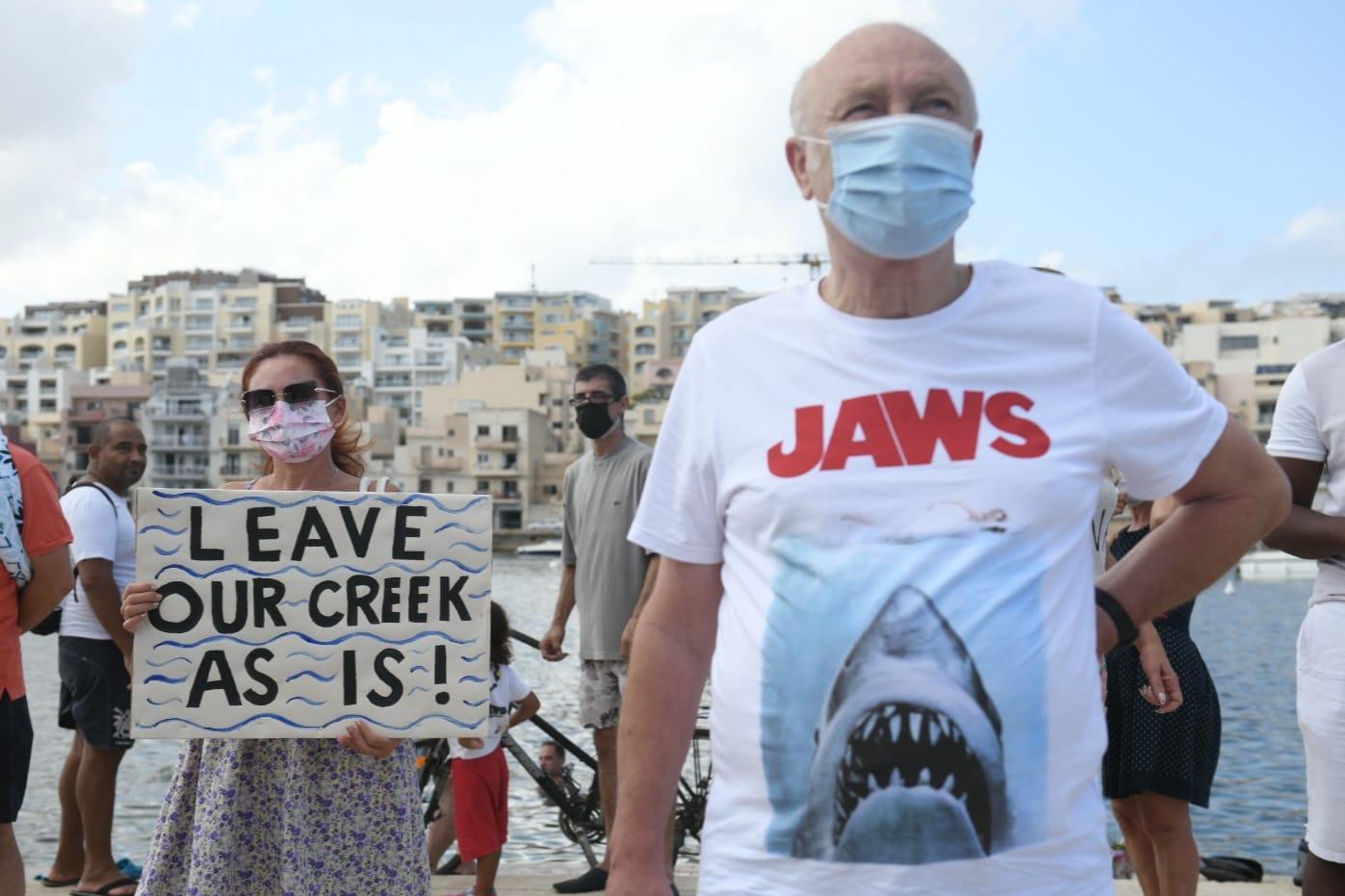 Theresa Hobin, a Marsascala resident and tourism expert, said the government claimed to listen, but was riding roughshod over residents' wishes.

"If you want to create a centre of excellence, like our prime minister says, you would think we would have experts in infrastructure, the environment and tourism, yet we have experts in destruction and bullying," Hobin said.

"It makes us wonder whom it listens to and why. It certainly isn't the majority of us, who are united here today and in previous protests."

Marsascala resident Christa, 15, reads a poem at the protest. "But clouds are now looming on the horizon, anger and frustration swarms all around town, because a marina’s about to choke us, and our blue waters will turn into murky brown." Video: Giulia Magri.

'This bay connects us'

Marie Claire Gatt – an ecologist and Moviment Graffitti activist, said that the bay is an important key to the residents and citizens.

" The bay is the thing that connects us to the environment, a place where people come after work to enjoy the sea, it is linked to our ecosystem and is important for our quality of life."

She said that the construction of a marina went against the whole concept of the island going carbon neutral.

"How does this marina safeguard and improve our quality of life? It doesn't," she said to chants of 'le għal yacht marina, il-bajja għalina" ('no to a yacht marine, the bay is ours).

'An insult to residents'

Resident and lecturer Jacqueline Rotin said the construction of a yacht marina was not an upgrade but an "insult" to the residents.

"We have different ideas of upgrading our locality, and that includes taking care of our environment and tackling social and traffic issues," she said.

Rotin said politicians should speak to residents, to give them peace of mind that the yacht marina would not destroy the locality and future generations.

"You are in a position to either destroy the locality or to protect and safeguard our environment," she said, adding that working with youths, she saw their anger at finding find very few green areas to enjoy, unlike when they travelled.

Over the past weeks, residents, activists and concillors have come together to express their concern and frustration over Transport Malta's call for tenders to construct a yacht marina in Marsascala. 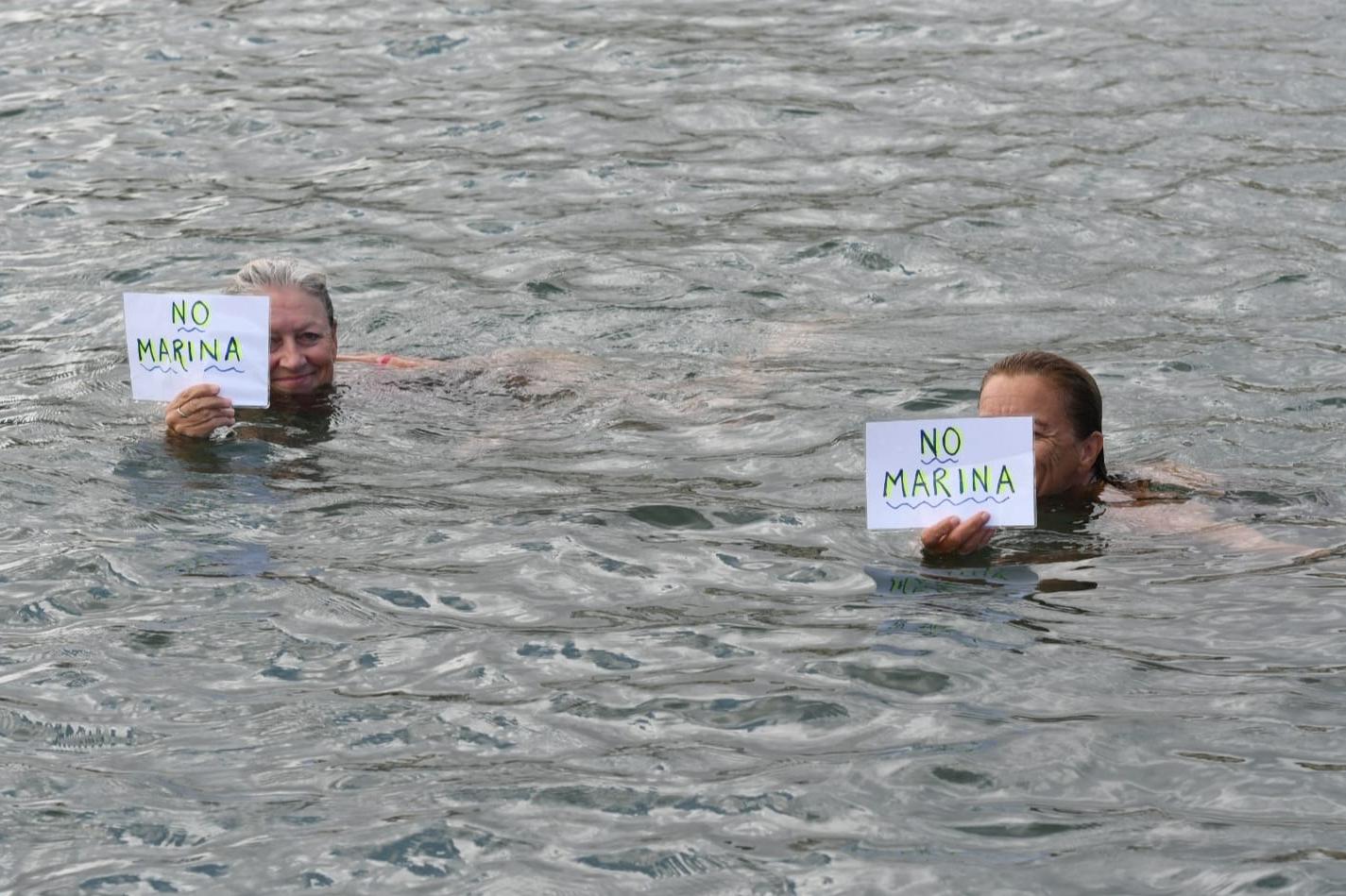 A site map published in TM’s pre-qualification document shows popular swimming zones being replaced with pontoons, some 16,000 square metres of land will be reclaimed and the number of moored vessels will increase from 500 to 700.

Prime Minister Robert Abela, a resident of the town himself,  said that the infrastructural project was not ‘cast in stone’ and that the authorities were still exploring possibilities.

Previously, Transport Minister Ian Borg told the media that while the government was “listening and following” what people have to say, the marina was needed as more people were buying pleasure boats. 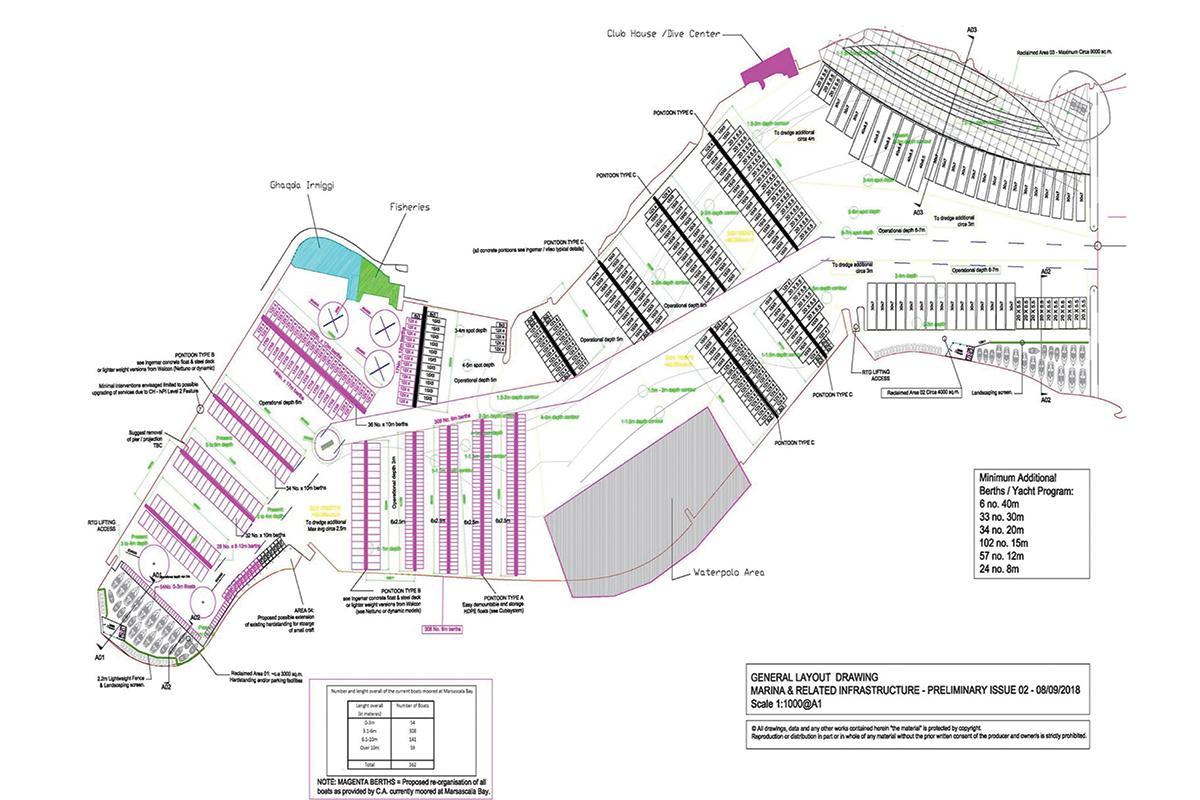 The proposal for a marina with 700 berths, from Transport Malta's tender document

Environment Minister Aaron Farrugia dodged questions on the marina, simply stating that he formed part of the government, which would decide on the bay’s future “as a whole”.