Hundreds of people gathered in Marsascala on Friday to protest Transport Malta’s plan for a yacht marina in the locality.

Residents, activists and councillors have over the past weeks expressed concern and frustration over TM's call for tenders to construct a yacht marina in Marsascala.

A site map published in TM's pre-qualification document shows popular swimming zones being replaced with pontoons, some 16,000 square metres of land will be reclaimed and the number of moored vessels will increase from 500 to 700.

On Wednesday Transport Minister Ian Borg told the media that while the government was “listening and following” what people have to say, the marina was needed as more people were buying pleasure boats.

Addressing the protest, Moviment Graffitti activist Wayne Flask said the locality he had lived in for over 30 years, had changed completely.

He called on the chair of the Environment and Resources Authority, Victor Axiak, to admit that Marsascala was in the state that it was now because of the incompetence of his authority.

"Could it be the fault of others, say Transport Minister Ian Borg who now wants Marsascala to become a parking space for his friends with yachts?

"Or maybe it is the fault of Environment Minister, Aaron Farrugia, who in between selfies defends the marina and compares it to the airport?”

Flask added that such overdevelopment was prevalent across the island.

“Farmers' land is being taken over, as are sidewalks and the coast. They are relentless and ruthless, while we are the ones losing out.

"These comedians will then give us some treeless garden full of concrete paths, and act as if all is fine," he said, questioning the absence of MPs who contest the third district. 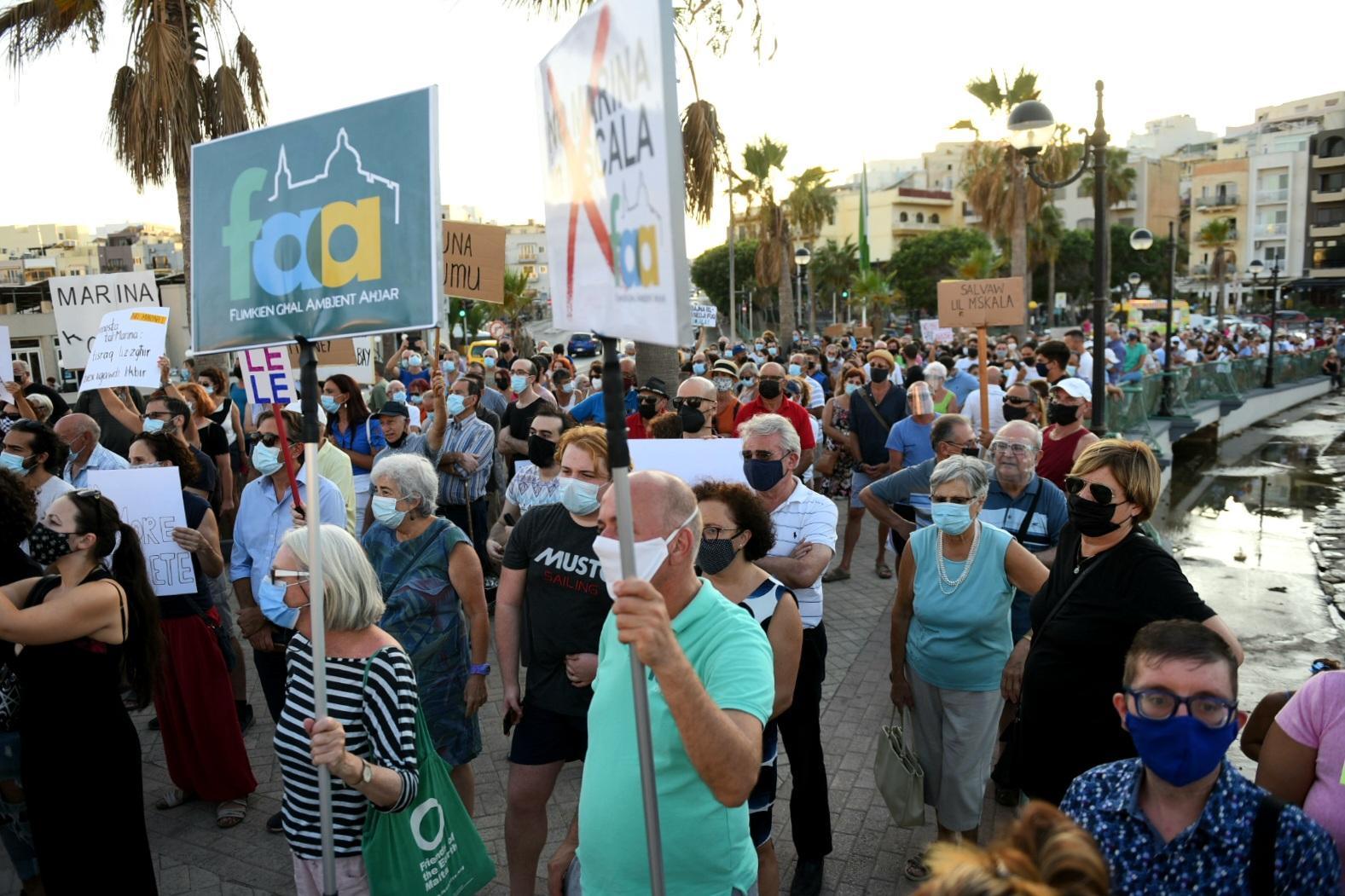 The local council's minority leader, John Baptist Camilleri, meanwhile slammed comments by ministers who claimed the locality will benefit from a marina.

"What about the people who live here? What about them," Camilleri asked on Friday, adding that residents will defend the bay from the greedy ones who wanted to destroy it.

Architect and Wirt iż-Żejtun president Ruben Abela referred to the collective memory of the locality, noting that memories of past Marsascala united all those present for the demonstration.

He urged the crowd to not allow partisan opinions to cloud their beliefs.

"We all have a right to say that the government made a mistake and say: 'I do not agree with the yacht marina'.

"He added that Marsascala should not become the new Tigne Point, Ta' Xbiex or Portomaso.

"Marsascala is unique. We do not need more towers, we need to enjoy our environment and heritage." 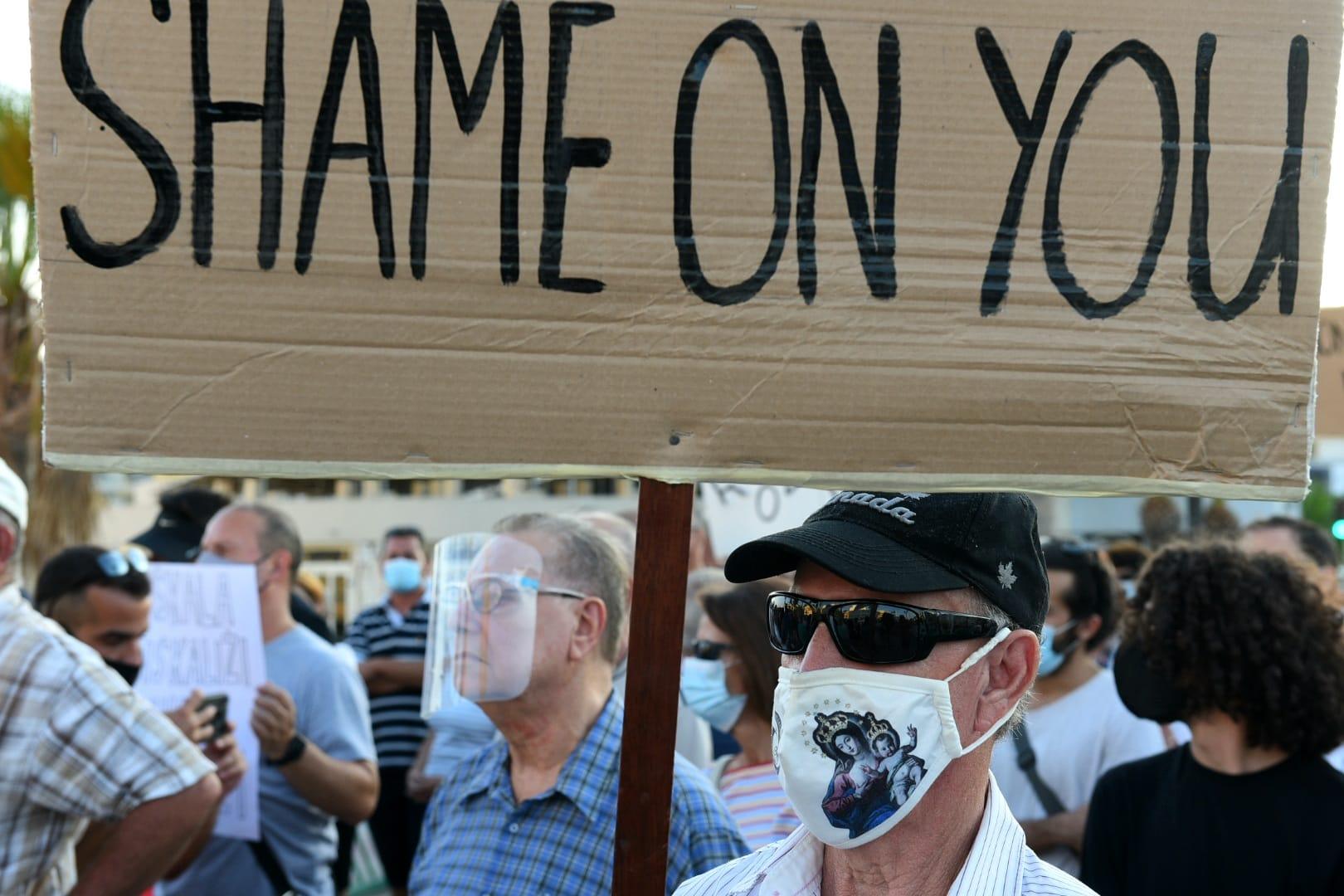 'If we don't fight for our locality, who will?'

"This locality is close to my heart. It has taught me how to love and understand a community," resident Kurt Camilleri told a cheering crowd.

"If we, the residents, do not fight for the locality, who will," he asked.

Camilleri noted that traffic congestion, noise and air pollution, litter and dirt will only get worse if a marina was built there.

He compared transforming the bay into a marina to a "reverse Robin Hood story: instead of the poor stealing from the rich, we have the rich constantly stealing from the poor, and becoming increasingly greedy."

Fellow resident Theresa Hoban called out Borg, saying that after destroying the land, he was now going to destroy the sea.

Jacqueline Rotin, a Junior College lecturer who also lives in Marsascala, insisted that the project will only harm the environment.

With all their 'Saving our Blue' campaigns, ERA and the Environment Minister should not even dream of allowing this project," she said.

"What about the Health Minister? Doesn't he care about our mental and physical health? Do we not deserve clean air and an environment that we can enjoy?

"Do not give the residents the silent treatment. We will work together to ensure that this project will not happen. We will not let the bullies win." 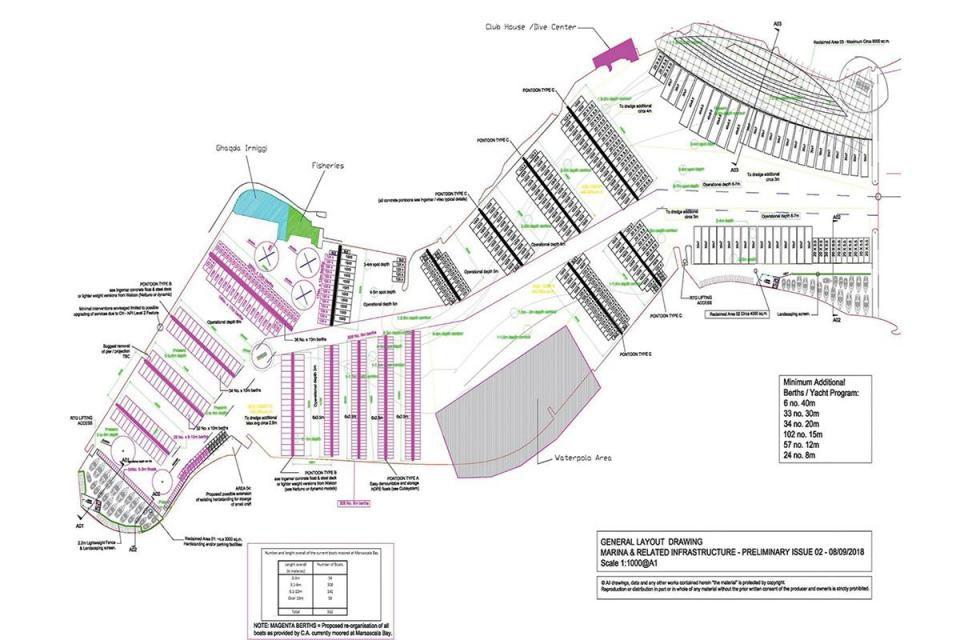