If you want to watch the Perseid meteor shower, known locally as Id-dmugħ ta’ San Lawrenz, head to a dark site, like Dwejra in Gozo, Thursday night or early on Friday.

The remnants of well-known comet 109P/Swift-Tuttle will this year be even more visible as they will not be outshone by the moon.

Although there are several meteor showers throughout the year, the August Perseid one is the most highly anticipated. The shower is made up of rocky debris left behind by the 109P/Swift-Tuttle, which returns every 133 years.

The shower peaks on the night between August 12 and 13, when Earthlings can see the debris left behind by the comet in 1992 and centuries before.

“People will still be able to see Perseids on other nights before and after the peak. This year, the advantage is that a crescent moon will already have set at 10.30pm, so no bright moonlight will interfere with observations,” astrophysicist Joseph Caruana told Times of Malta.

“The principal factor that determines how many Perseids one is able to see is the brightness of the night sky: one should try seek a site that does not suffer from a lot of light pollution.

"Unfortunately, the Maltese Islands are terribly afflicted by this issue, and sadly, to date, no serious effort has been made to curb this growing, energy-wasting and ecologically disruptive problem. Certain coastal areas in Gozo, so-called ‘dark sky heritage areas’, provide the best views of the night sky.

"In light-polluted areas, only the brighter ones will be visible.” 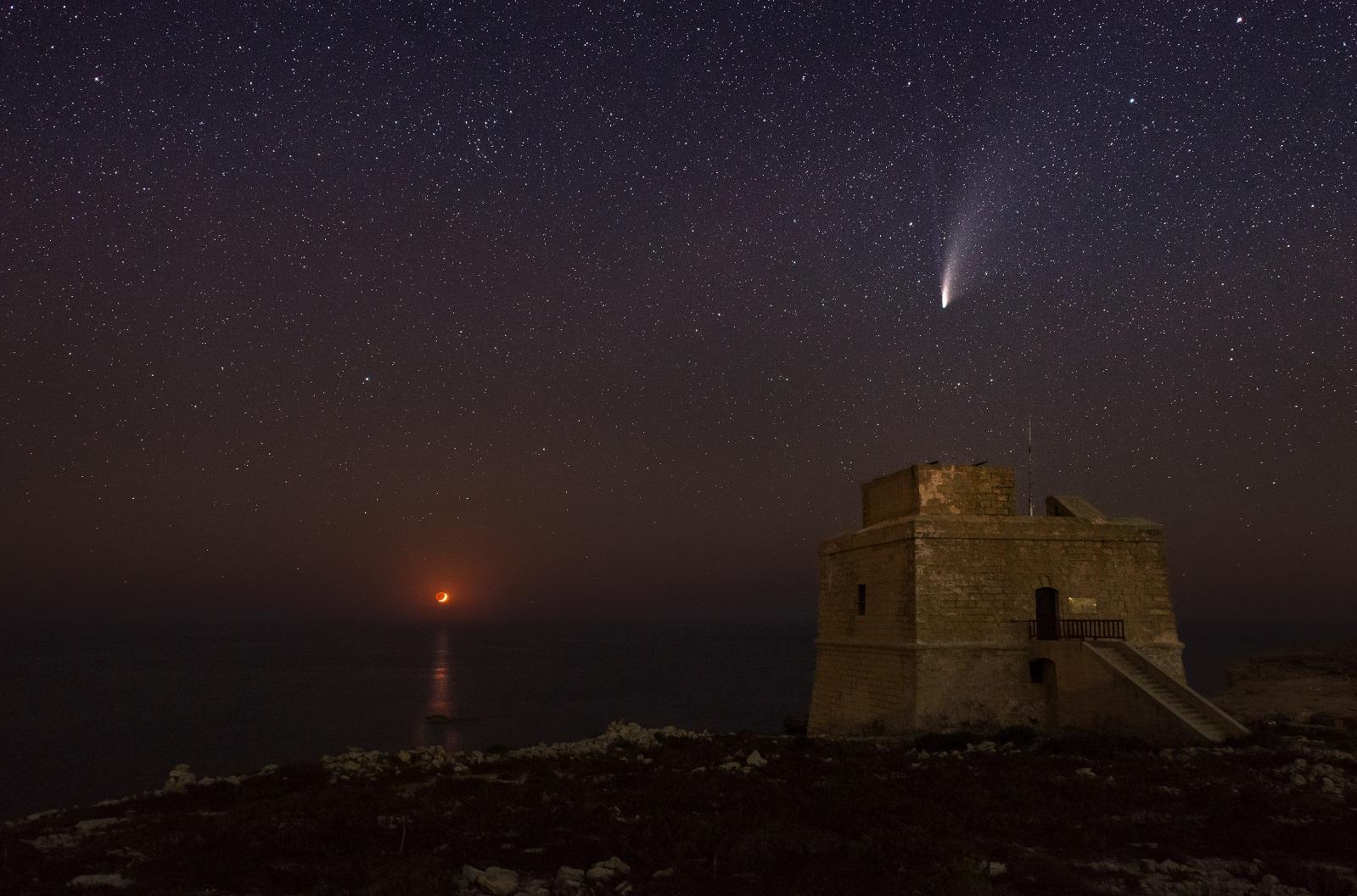 What to look out for

When looking at the sky, the Perseids’ path can be traced back to a point - known as the radiant - located in the constellation of Perseus (hence their name).

Perseus will be climbing over the northeastern sky over the course of the night.

Observing the Perseids is very easy.

Simply lie with your back against the ground so that you are able to cover as large an area of sky as possible.

Try to avoid looking at your phone so that you allow your eyes to adapt to darkness, as this helps with catching a glimpse of the fainter ones.

It is best to look out for them after midnight.

No equipment is needed and you can observe using just your eyes.

More information about Malta’s night sky and to join the effort in battling light pollution, visit here and of this Facebook page. 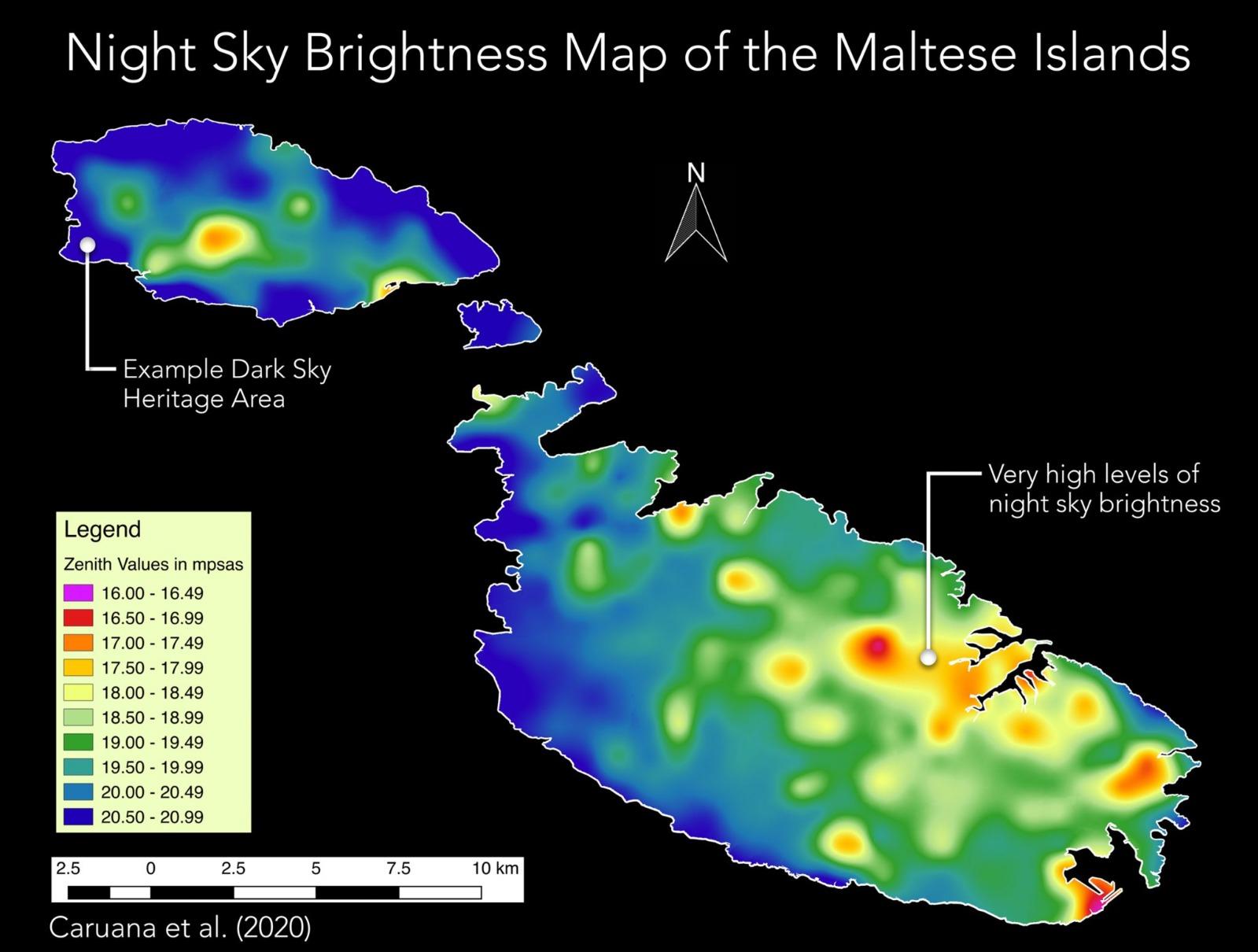 A map of the night sky brightness of the Maltese Islands from a study published in 2020. The darkest sites are shown in blue.

What are meteor showers?

Meteor showers are created by remnants ejected by comets. which are bodies composed of rock, ice and dust.

One such sight graced the skies last summer, when Comet NEOWISE (C/2020 F) became bright enough to be clearly visible with the naked eye.

When a comet approaches the sun, it heats up and starts to release gasses, eventually shedding solid grains of rock and leaving behind it a trail of debris.

“If the Earth’s orbit happens to intersect with this debris, the solid particles collide with our planet’s atmosphere at very high speeds. When one such grain enters the atmosphere, the air in front of it heats up tremendously,” Caruana explained.

“If the grain is small, it vaporises and leaves a trail of light which we call a meteor, or, more popularly, a shooting star. If it is a larger piece of rock, it could explode into a fireball.” 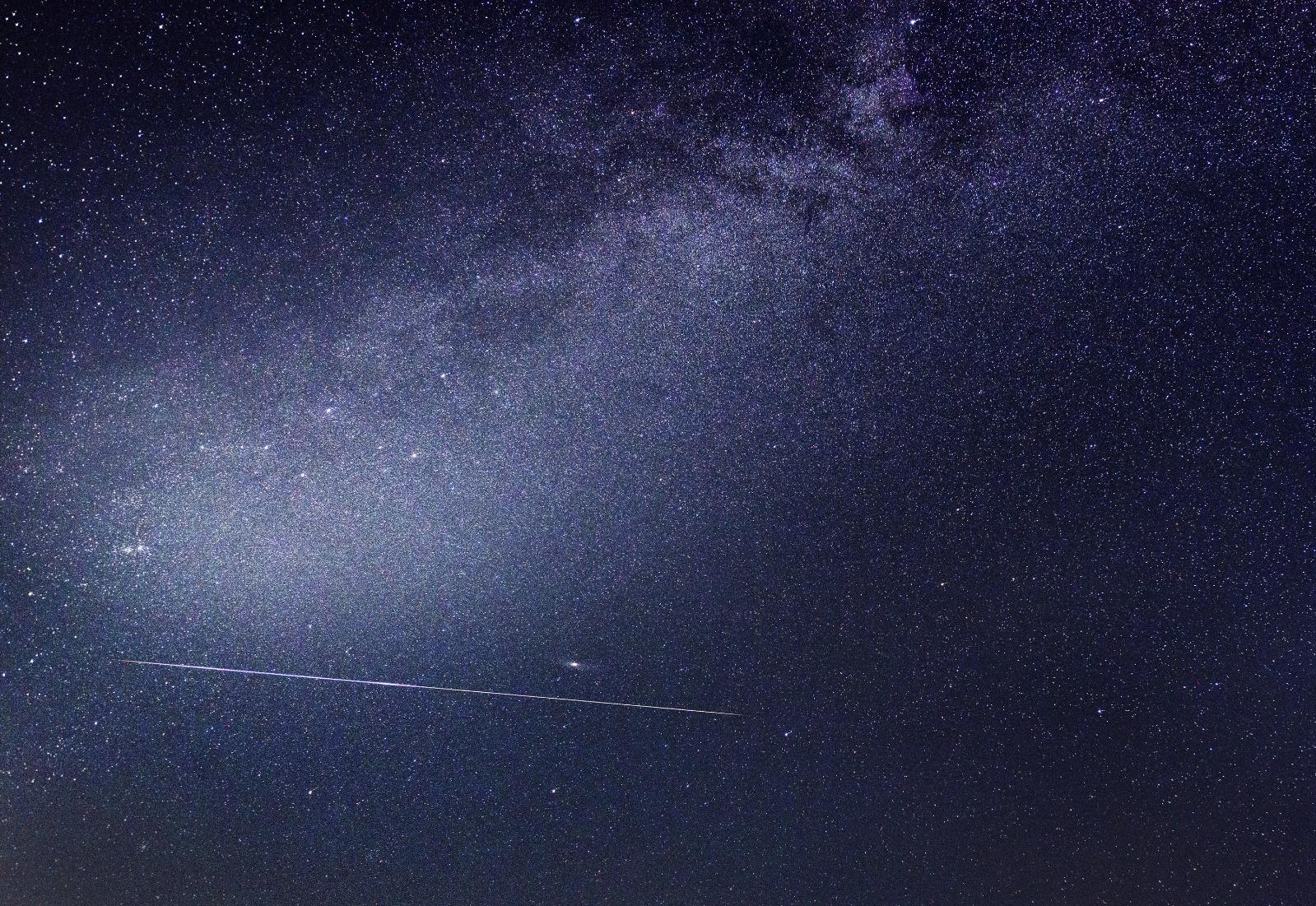 An image of a Perseid from August 2020. The small splotch of light above it is the Andromeda Galaxy. The fuzzy band of light stretching across the image is part of the Milky Way. Photo: Joseph Caruana