Several members of the crew of an Italian film currently shooting in Malta have resigned in protest over what they claim was the “sickening” treatment of migrants working as extras on the set, Times of Malta has learned.

Some 70 African migrants living in Malta, including four children, have been engaged as extras on the film Tolo Tolo, directed by Checco Zalone, which is being shot at Fort Ricasoli and the Malta Film Studios.

According to multiple sources, including some of those who resigned and others still working on the film, at least four crew members left after some 60 migrants, most of whom could not swim, were left on a boat in the sun for six hours on Monday, without toilet breaks or adequate shade.

The extras were left without water for the first hours, and had not eaten for nine hours by the end of the shoot. At one point, a pregnant woman on board began to panic, forcing a quick disembarkation, sources said.

“Their lives were at risk,” one crew member said. “I was terrified for their safety.”

The incident capped what crew members said had been an environment of consistent mistreatment towards the migrant extras, whom a senior production official had referred to as “scum” and “idiots”.

The Maltese production company coordinating the shoot, Halo Pictures, denied any claims of mistreatment, insisting all the necessary health and safety assessments and personnel were in place, and that the conditions on the shoot had respected Maltese employment law.

Italian producers were reported as saying that the allegations had "come out of nowhere".

In a statement, the Malta Film Commission said it would be launching an investigation into the claims.

"Malta prides itself on high-quality film productions and the Commission will take any steps necessary to make sure that the interest of all those working in the film industry is safeguarded," Malta Film Commissioner Johann Grech said.

In a separate alleged incident, earplugs provided to children as young as five by health and safety personnel, for a scene in which guns were to be fired, were taken away by the crew once shooting began, leaving them in tears.

“I ended up rocking two of them in my arms trying to stop them from crying,” one crew member said.

During the same scene, sources said the extras were again kept in the “sweltering hot room” unnecessarily long and without toilet breaks, with one extra even soiling himself.

Their lives were at risk. I was terrified for their safety

A pregnant woman ended up vomiting after inhaling smoke in a scene in which extras ran past a burning car at a distance many were not comfortable with.

Child extras were also made to work into the night on at least two occasions, once until 2am, being woken up from the crèche on set after they had gone to sleep in order to continue filming.

Sources on set on Tuesday, after Times of Malta reached out to the producers for a comment, said the situation appeared to have improved. 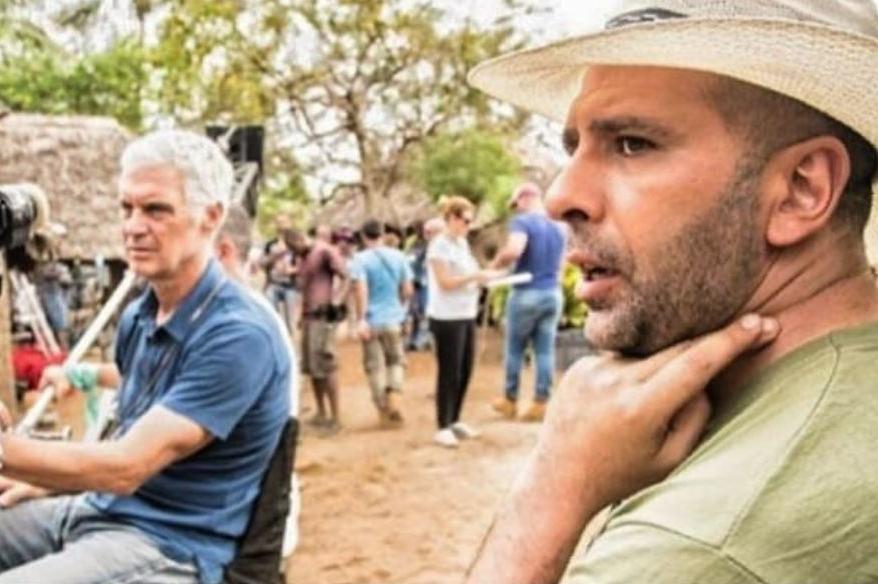 ‘They’re being forced to relive what they’ve been through’

Several crew members expressed a suspicion that the treatment was deliberate and aimed at getting more realistic reactions from the extras, citing a comment by a senior crew member who said he wanted to “scare the shit out of them”.

“They’re making these migrants relive with what they’ve been through without any sensitivity and without a care in the world,” one crew member told Times of Malta.

Another said Maltese or European extras would never have been expected to accept the same treatment: “They know very well that these people needed the money and perhaps they think they’ve been treated worse before,” he said. “It definitely felt racist.”

While acknowledging that large film sets were challenging and sometimes uncomfortable environments, the crew members - all of whom have worked on numerous other films in the past - said the situation on Tolo Tolo was far outside what could be considered normal.

“It’s just chaos: I’ve been on a lot of productions and I’ve never seen anything like this,” one said.

‘Health and safety officer is on hand at all times’ - producer

When contacted, Halo Pictures CEO Engelbert Grech, a former Film Commissioner and former CEO of Malta Film Studios, insisted that the production was fully in line with proper procedure.

He dismissed allegations of mistreatment as a deliberate attempt at sabotage by a single disgruntled former employee, one of those who resigned in recent days.

Mr Grech said the boat used in the contentious scene on Friday had been certified by a marine engineer, and that divers, first aiders and a nurse were at hand as part of a detailed safety plan.

He insisted that Maltese employment law entitled employees to a 15-minute break every six hours, and that this limit had not been exceeded during the shoot.

Regarding the general conditions on set, Mr Grech said extras were provided with a buffet breakfast and lunch and had regular access to water and hot and cold drinks, and other amenities.

“We have spoken to many extras and they are happy with the production, to an extent that they already signed on for another production,” he said.

A spokesman for Italian production company Taodue told Italian media that the allegations had caught them by surprise and had been made up by a disgruntled employee who had been sacked.

"Everyone on set is treated the same way," Pietro Valsecchi reportedly said.

The recently-established Malta Producers Association, which represents TV and film producers, told Times of Malta it had been made aware of the claims and was deeply concerned.

“The MPA strongly condemns any and all mistreatment of film crew, cast and extras and firmly encourages safe and ethical work practices as a fundamental principle on every production,” the association said.

It added that it had been requesting a meeting with the Film Commissioner for several months to address industry issues and matters of concern, but had received no replies.