Konrad Mizzi obtained cabinet approval to sign a “secret” agreement triggering a €100 million government pay-out to Steward Healthcare if a court or other authority strikes down the hospitals’ contracts, Times of Malta has learnt.

The former tourism minister has faced accusations of signing the 2019 agreement behind other ministers’ backs, in the process weakening the government’s hand in later negotiations with Steward Healthcare over the future of the hospitals deal.

Cabinet minutes described to Times of Malta by multiple sources however indicate Mizzi gave a verbal rundown of a memo requesting approval for him to pursue the agreement. Approval was given during the same meeting.

Two senior government sources however claim precise details about the final wording of the agreement, including the contentious clause, were not clearly spelled out to cabinet when approval was given to Mizzi. 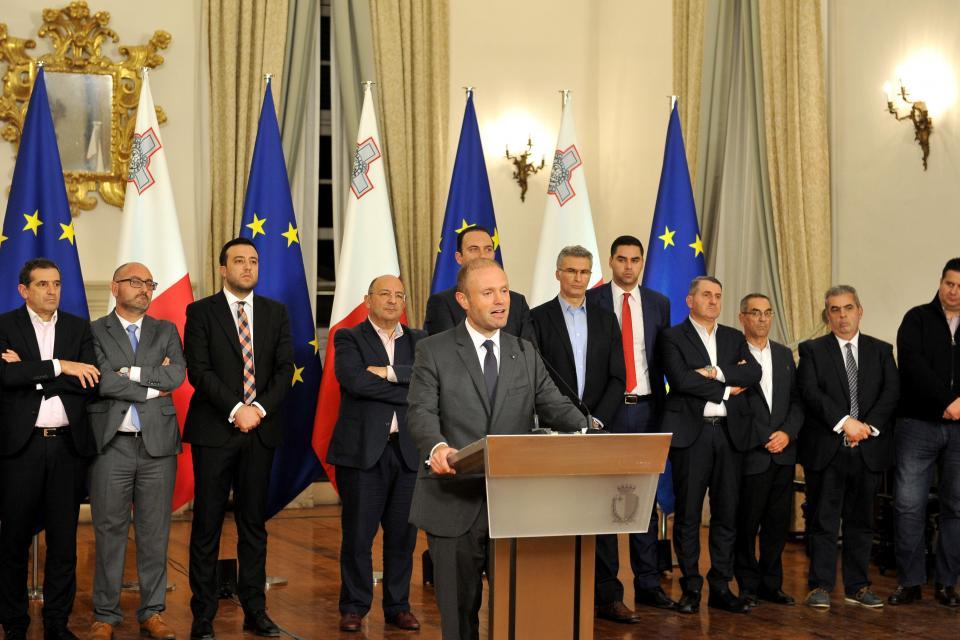 Ministers were briefed about Konrad Mizzi's plans to pursue the agreement.

Neither was a copy of the agreement distributed, the sources continued.

Ministers were told the agreement was designed to facilitate an additional loan facility Steward Healthcare wanted to take out with Bank of Valletta.

The American healthcare company took over the running of the St Luke’s, Karin Grech and Gozo hospitals in 2018 after the previous concessionaires Vitals Global Healthcare crashed out of the government contract.

According to the cabinet minutes, Mizzi outlined the reasoning behind the need for the agreement during a cabinet meeting on August 27, 2019.

Cabinet minutes indicate Mizzi gave a broad overview of the proposed agreement, which protects Steward Healthcare and BOV if a court or other authority nullifies the contracts. 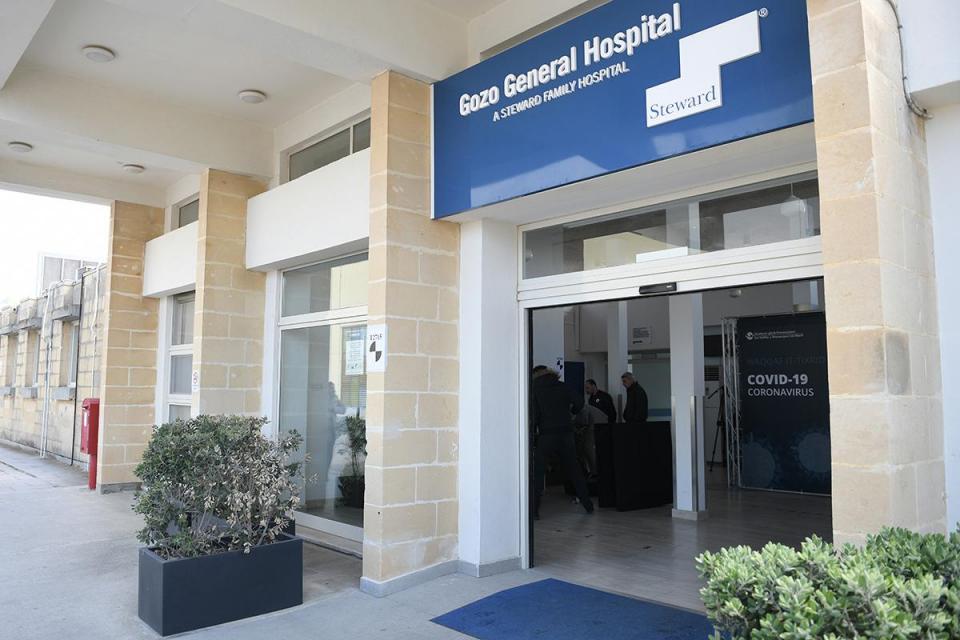 The agreement was ostensibly signed to help Steward Healthcare get an additional loan facility with BOV.

The agreement classified such an eventuality as a contractual default by the government, triggering a clause in the original contracts that will force the government to pay Steward Healthcare €100 million and assume its debts.

Mizzi went on to sign the agreement on the same day he received approval from cabinet.

Steward Healthcare is understood to be interpreting the wording of the agreement, particularly the reference to a termination by an “authority”, to mean any attempts by the government to terminate the contract will trigger the €100 million pay-out, even if the deal is stopped due to a contractual default on their part.

Sources say the agreement was formulated as Bank of Valletta was wary of granting Steward Healthcare an additional loan facility, given a court challenge by former opposition leader Adrian Delia to strike down the contracts.

The cabinet minutes indicate the agreement was drawn up following talks by Mizzi’s tourism ministry with the finance ministry, BOV and “other stakeholders”.

The two senior government sources, who spoke to Times of Malta on condition of anonymity, said the way the memo detailing the agreement was “slipped in” to the cabinet meeting by Mizzi left a lot to be desired.

Instead of the agreement being placed on the agenda prior to the cabinet meeting, the sources say Mizzi chose to raise the matter at the end of the meeting, when any other business not on the agenda is discussed.

“One would have expected a discussion on such an important agreement to have been placed on the agenda, instead of being casually brought up at the end of the cabinet meeting”, one senior government official told Times of Malta.

Mizzi did not respond to a request for comment by Times of Malta about the agreement.

He has insisted in court that cabinet was kept abreast of developments relating to the August 2019 agreement.

The second government source also said the impression given by the cabinet minute about the finance ministry having been a party to the talks on the agreement was “misleading”.

Discussions referenced in the cabinet minute had nothing to do with the agreement signed by Mizzi but instead dealt with the statistical classification of the concession on the government’s books, the source said.

Both former finance minister Edward Scicluna and finance ministry permanent secretary Alfred Camilleri have denied in court having any prior knowledge about the agreement. 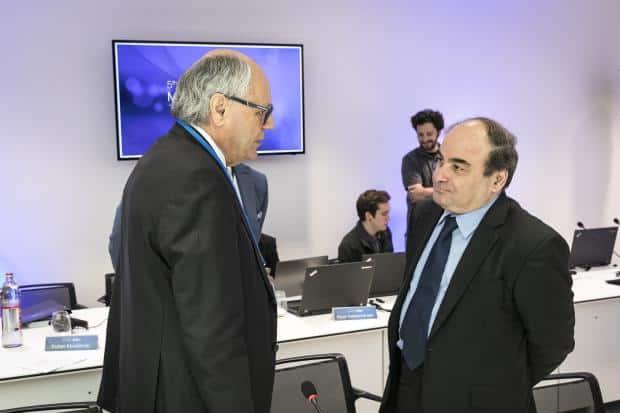 Both Edward Scicluna and Alfred Camilleri (right) have said they had no prior knowledge of the agreement.

Camilleri said he had nothing to add to his “public testimony in court about these matters” when contacted by Times of Malta.

Health Minister Chris Fearne has likewise denied in court having any knowledge of the agreement.

Fearne told Times of Malta in November that he had clashed with Mizzi in 2019 after getting wind of backroom dealings to offer Steward Healthcare a more favourable deal than the one they had signed up for in 2018.

Replying to questions yesterday about the cabinet decision to let Mizzi sign the contentious agreement, a spokesperson for the deputy prime minister said Fearne is not at liberty to discuss cabinet matters.

“The deputy prime minister reiterates that the first time he was made aware of the contents of the mentioned side letter was in 2020, after it had already been signed.”

The government will take all necessary action to ensure Steward Healthcare abide by their contractual and legal obligations, the spokesperson continued.

Prime Minister Robert Abela has also recently joined the list of those disavowing any knowledge of the agreement before it was signed. Abela used to sit in on cabinet meetings as former prime minister Joseph Muscat’s legal adviser.

A spokesperson for the prime minister reiterated Abela only saw the “final agreement” for the first time after it was signed by the parties. The spokesperson said it will be up to the courts of justice to deliver their authoritative interpretation of the relevant clauses. 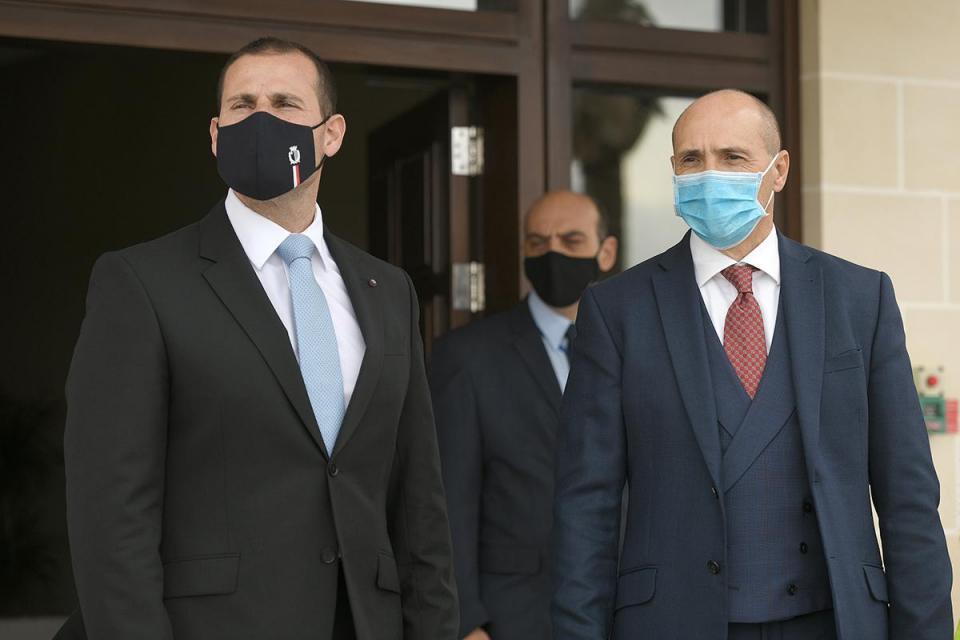 The text of the final agreement was also news to Robert Abela and Chris Fearne.

“Government’s position in this regard will naturally be on the side of safeguarding the country’s interests. At this instance, government will keep taking all the necessary actions to ensure that Steward Healthcare abide by their contractual and legal obligations.”

Joseph Muscat told Times of Malta that while he cannot comment on cabinet discussions, cabinet decisions always involve the inputs of different ministries.

Muscat said such decisions are properly minuted in the records of cabinet, and these minutes are distributed to cabinet members.

Detailing the reasons behind the agreement, Muscat said the government was informed about negotiations on credit facilities between Steward and BOV.

He said the bank “took note” of Delia’s lawsuit seeking to annul the concessions, and therefore requested a government guarantee to ensure dues are recovered if the contract is annulled by the courts. 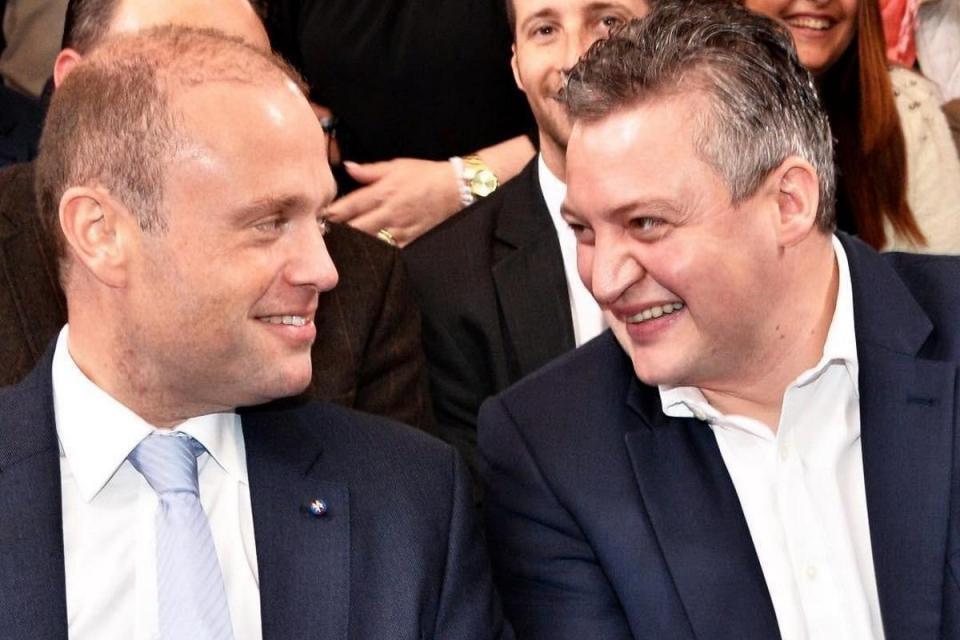 Joseph Muscat (left) and Konrad Mizzi have in turn told a court that cabinet was briefed on all developments.

“Government refused to guarantee the loan. Following due consideration and consultations between ministries, it was instead suggested that should the concession be declared null or rescinded by a court of law, it would be considered a government event of default.

“It was explained that in essence, if the concession is annulled, government would step into the shoes of Steward, and would take back the assets and liabilities. The cabinet of ministers was kept informed and gave its approval, as I testified in court.”

Muscat said this agreement enabled the completion of the new Bart’s medical school in Gozo. “It was never my understanding and I believe it is incorrect to state that a breach of contract by Steward would trigger a payment in its favour,” Muscat said.

Muscat said the government would be in its right to seek redress to enforce the contact and seek a remedy for a breach by Steward.

Times of Malta recently exposed how Muscat received €60,000 worth of “consultancy payments” last year from a Swiss company that in turn received €3.2 million from Steward Healthcare when it took over the hospitals in 2018.