All dog shelters across the country are full because dogs are being abandoned in greater numbers, the animal welfare commissioner has said.

Alison Bezzina said one reason for this phenomenon could be the slow return to ‘normality’ after COVID-19, with people realising they no longer have time for their pets. Another could be the recent confiscations by Animal Welfare of dogs held in poor conditions, which could be making breeders fear they’ll be next to get caught.

Over the past few weeks, animal sanctuaries have been calling on the public to adopt a dog from them, rather than buy one, as they have been unable to handle all strays coming in.

Animal Welfare Gozo was the latest to announced on Facebook that its dog kennels are completely full and it cannot take in any more dogs.

Another sanctuary, ‘Rescued is my Favourite Breed’, led by animal activist Lulu Arpa, sounded the alarm that it was not only shelters run by NGOs but also private kennels that were reaching full capacity.

Bezzina confirmed all five animal sanctuaries, one in Gozo and four in Malta, as well as the two units run by the Animal Welfare Department, are at full capacity and accepting more dogs than they can handle.

“The reason behind this spike in abandonment is a combination of various aspects,” Bezzina told Times of Malta.

“As we go back to some form of normality after the pandemic, people are realising they do not have time for their dogs.

“Others are ‘spooked’ after the recent confiscations and decided to abandon their animals instead of getting caught.”

Last month, animal welfare officials seized 45 dogs from a breeder in Birżebbuġa who had been barred by a court from keeping dogs.

Earlier this month, officials confiscated another 21 dogs, of Pomeranian breed, which were being kept in squalid conditions at a house in Pietà.

Bezzina said that shelters were receiving all kinds, from newborn puppies to elderly canines. She highlighted the fact that overbreeding is not regulated: anyone can breed up to four litters a year without having to register or be licensed.

“A new law for breeders is being drafted to regulate the sector. Unfortunately, regulating breeders is always difficult, since it all happens behind closed doors, but there needs to be more awareness,” she said.

Bezzina is pushing for all breeders to be registered as well as for the re-introduction of a national neutering campaign to help reduce the number of strays. There is also a longer-term plan to have a bigger rehoming centre. 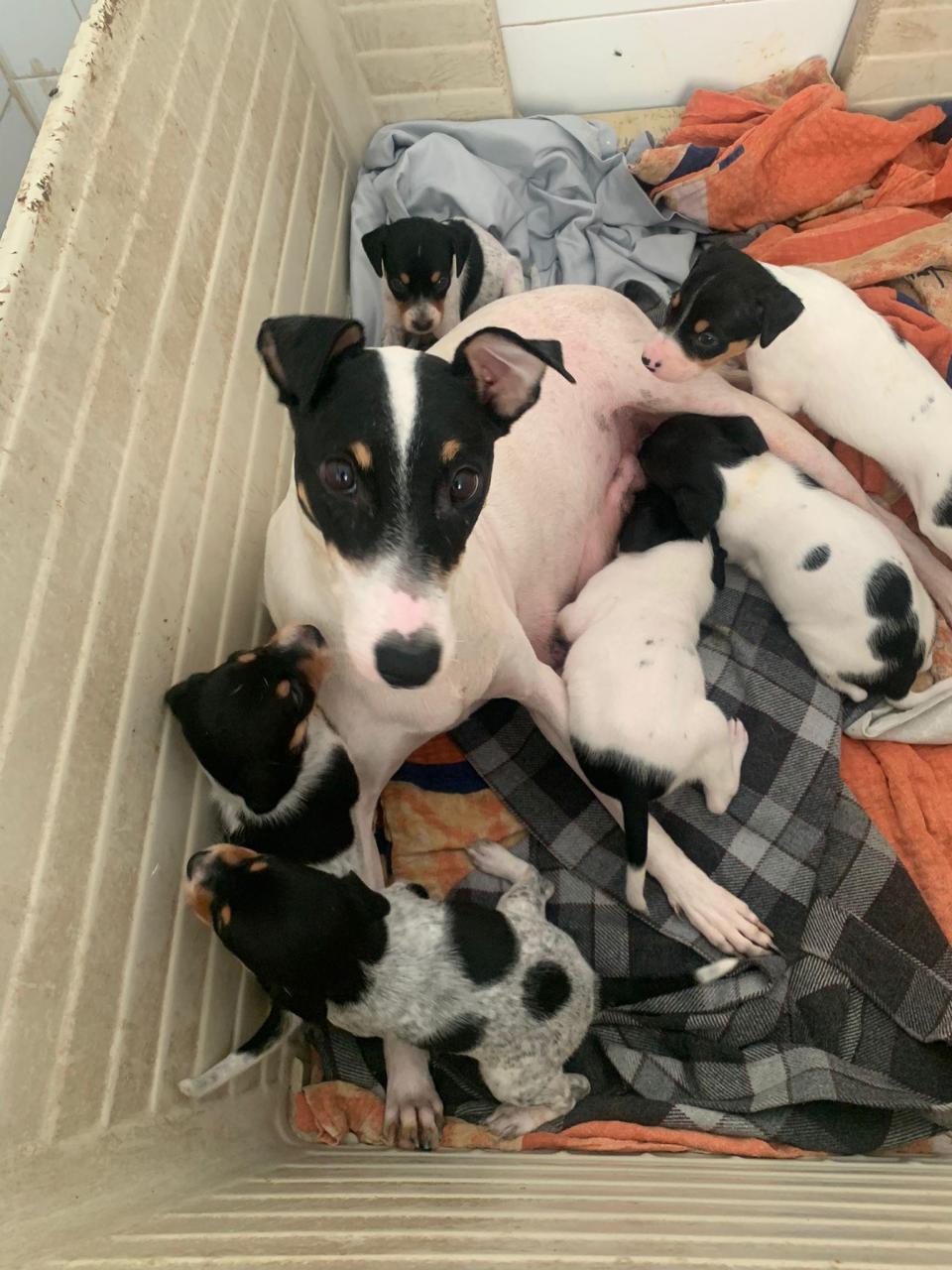 Belle and her six puppies are being cared for by a local shelter. Photo: Association for Abandoned Animals

“Right now, we need to tackle the problem from the top – we need to control breeding, push the idea that neutering is not unhealthy for your pet, and that pets are for life, not for as long as it suits us.”

The Association for Abandoned Animals (AAA) is currently holding 102 dogs – when the sanctuary has a capacity for about 80.

“We are more than full, but thankfully we have a good adoption rate so we can continue to bring in dogs every single day,” sanctuary manager Rosalind Agius said. 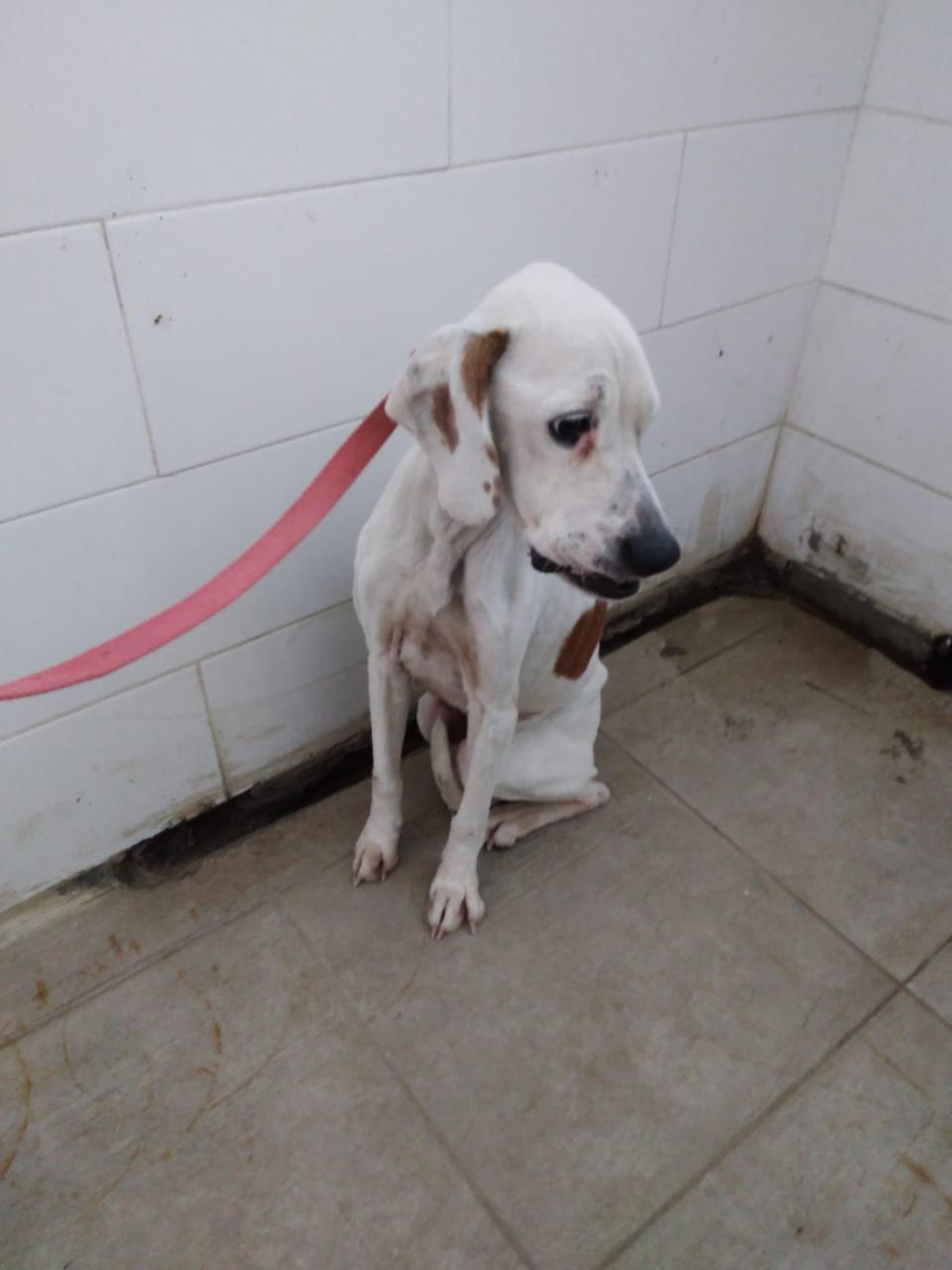 Bianca was found in a terrible state.

The sanctuary receives dogs that have been abandoned and others from Animal Welfare that were confiscated or found to have been abused. Among the dogs at the sanctuary are three bitches and their litters.

One dog, Bianca, arrived at the shelter a few days ago in a terrible state, starved and covered in fleas.

“It is so easy for people to abandon their dogs and most of them do so by throwing them out in the street. Others get abandoned because owners are not willing to pay for medical care,” she said.

“A dog is for life and a family member... as simple as that. Not for the COVID-19 lockdown, not for Christmas and not just for when you feel like getting a pet.”