Updated at 7.10pm with publication of report

Former prime minister Joseph Muscat abused of his power as prime minister when he handed Konrad Mizzi an €80,000-a-year consultancy job just days after Mizzi had resigned as minister, a report by the Standards Commissioner has concluded.

Sources said the report, which was not yet published on Wednesday morning, found that it was Muscat himself who ordered that the Malta Tourism Authority engage the disgraced former minister as its consultant.

The Standards Commissioner's report was published later on Wednesday evening.

It found that Muscat was guilty of multiple ethical breaches of the ministerial code of ethics.

The scandal had emerged in January, when Times of Malta revealed that Mizzi had landed the lucrative job days after he was forced to resign as tourism minister. His departure from Cabinet came as the country was rocked by the arrest of businessman Yorgen Fenech in connection with the murder of Daphne Caruana Galizia.

Mizzi was linked to Fenech through 17 Black, a Fenech-owned company which leaked emails revealed was intended to funnel funds to offshore companies owned by Mizzi and former OPM chief of staff Keith Schembri.

He was subsequently also expelled from the Labour Party and is now an independent MP.

Times of Malta had reported that Mizzi was given a three-year contract with a salary of €6,700 per month - €80,400 annually - plus a fully-expensed executive-level car and driver, which he could choose to replace with a lump sum of €11,400 annually. Other perks, including insurance and phone allowances, were also included in the contract.

The consultancy deal meant Mizzi would be earning significantly more than he did as a minister. Ministers make around €61,000 per year. 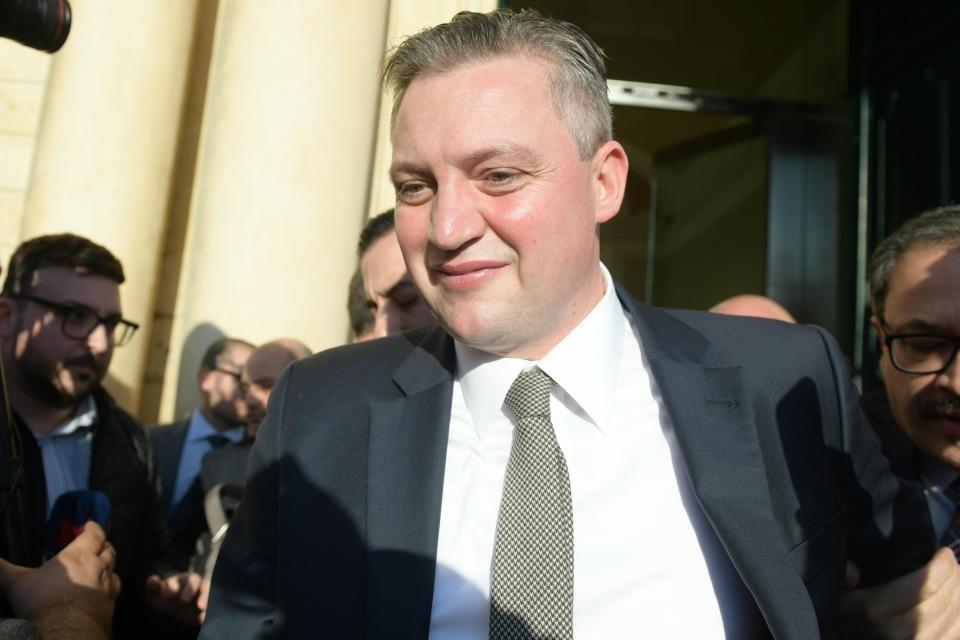 Konrad Mizzi walks out of Castille to announce his resignation in November 2019. Photo: Matthew Mirabelli

The contract was dated December 9, 2019. Muscat had already his intention to step down as prime minister by that time.

After Mizzi's contract was exposed, the Tourism Ministry had ordered that it be terminated immediately. Nevertheless, pressure to investigate the deal was maintained by Alternattiva Demokratika chairperson Carmel Cacopardo, who asked the Standards Commissioner to investigate the case.

What did the report conclude?

According to the final report, the directions given by Muscat to offer Mizzi the consultancy job, went beyond his legal powers as the minister responsible.

Therefore, Muscat’s instructions went against the spirit of the law on standards in public life.

Furthermore, the commissioner’s report concludes that Muscat’s action’s constituted an abuse of power.

The reports says the commissioner felt duty bound to comment on the role played by the MTA chief executive ad chairman.

Although they were not part of the commissioner’s investigation, once the CEO had received Muscat’s directions, the matter should have been referred to the chairman.

If the chief executive did not inform the chairman, then there was a violation of his duty. If on the other hand, the chairman was informed and took no action then it would appear he approved of the matter., the report reads.

Neither the CEO nor the chairman took any steps to to care for public funds, the report says.

“It is bad practice for a minister to override the board of a public entity and give an order to an employee,” the report reads.

In correspondence with the commissioner, published as part of the report, Muscat argued that as minister responsible for MTA after the resignation of Mizzi, he had acted within his legal powers by appointing the former tourism minister as a consultant.

But the commissioner said this was not Muscat’s job, but that of the MTA’s board at law to decide on such recruitment.

Even the total payment itself went beyond a €232,937 limit set by the Tourism and Travel Services Act on contracts, the report found.

The standards commissioner suggested in the closing remarks that the law should be updated to ensure that ministers do not get involved in the running of a public entity.

“These public entities were not set up to serve the, possibly abusive, whims of ministers,” the report concludes.

The full report can be read here.