Former government head of communications Kurt Farrugia stood fast by the work done under the Joseph Muscat administration to improve the national economy, but admitted that that work had been tarnished through mercenary interests.

“We worked long hours, into the night, to set up the power station to be able to cut electricity bills. We strived to get our message across to the public. Everything I did was done in good faith, out of loyalty to government principles,” said the man who led the communications team at OPM after Labour’s rise to power in 2013 until he was appointed CEO of Malta Enterprise in July 2019.

Their initial reaction had been one of denial.

“It’s not true,” both had claimed when asked about their alleged involvement in the offshore financial structures revealed in 2016.

Farrugia went on to explain that when Daphne Caruana Galizia had posted hints about Panama and New Zealand on her blog, he immediately sensed that there was something suspicious.

“I realised Daphne wanted to get a message across. I had asked, but Mizzi told me that it was all bluff and hogwash,” Farrugia said, further recalling how both Mizzi and Schembri had told him that they had nothing to do with 17 Black.

“And you stopped there,” judge Michael Mallia asked.

“I did not defend their position but that of government,” Farrugia insisted.

First questions sent in by Reuters and Times of Malta

Yet when pressed further under questioning by lawyer Jason Azzopardi, Farrugia said that he had first received questions about the matter from two newsrooms, namely Reuters and Times of Malta, before they broke the story in November 2018.

“I sought answers, but now I think they were not satisfactory. Schembri had said, I think, ‘yes it could be’. I think he was surprised by the amount of detail in the journalists’ questions.”

Asked about Muscat’s reaction, Farrugia replied: “he referred me back to Schembri.”

In hindsight, he reflected that the answers he had received back then were “not satisfactory.”

“My position was known. People involved in such financial structures had no place in public office. I told the people concerned, point-blank,” Farrugia declared.

Asked about the infamous Electrogas and power station deal, Farrugia denied having seen investors Yorgen Fenech, Mark Gasan and Paul Apap Bologna at PL Headquarters where the then opposition party held meetings with the business community at the “fourth floor.”

And although he moved from his first floor office to the upper floor, in the normal course of his duties, Farrugia said he was not aware of Fenech’s presence at Castille.

He had only seen Yorgen Fenech on two occasions, namely, an unveiling ceremony when he was among the guests, and a reception.

Farrugia also said that he was not aware that auditing firm Nexia BT held an office at Castille, explaining that he had only seen [Nexia BT owner] Brian Tonna around, but could not state that he was working for OPM.

The day of the car bomb

Recalling the events of that fateful afternoon of October 16, 2017, Farrugia said that he was with an OPM delegation on an official visit to a Sliema company.

On the drive back to Castille, Muscat received a message about a car bomb in Mosta.

“His first reaction was that that was the route his wife took when collecting the children from school. Then his thought went to his father,” Farrugia explained, echoing what Muscat told the press last month.

A call to the AFM brigadier had provided no confirmation.

So Farrugia had called former police commissioner Lawrence Cutajar, who told him that it was suspected that Daphne Caruana Galizia was the victim.

“I broke the news to the prime minister,” Farrugia said. “Just then, Schembri entered the room with the same news. There was shock all round”.

The prime minister had immediately called opposition leader Adrian Delia and sat down to write the speech he was to deliver at a press conference which Farrugia had set about coordinating.

As murder investigations got underway, the police held crime briefings at the OPM. 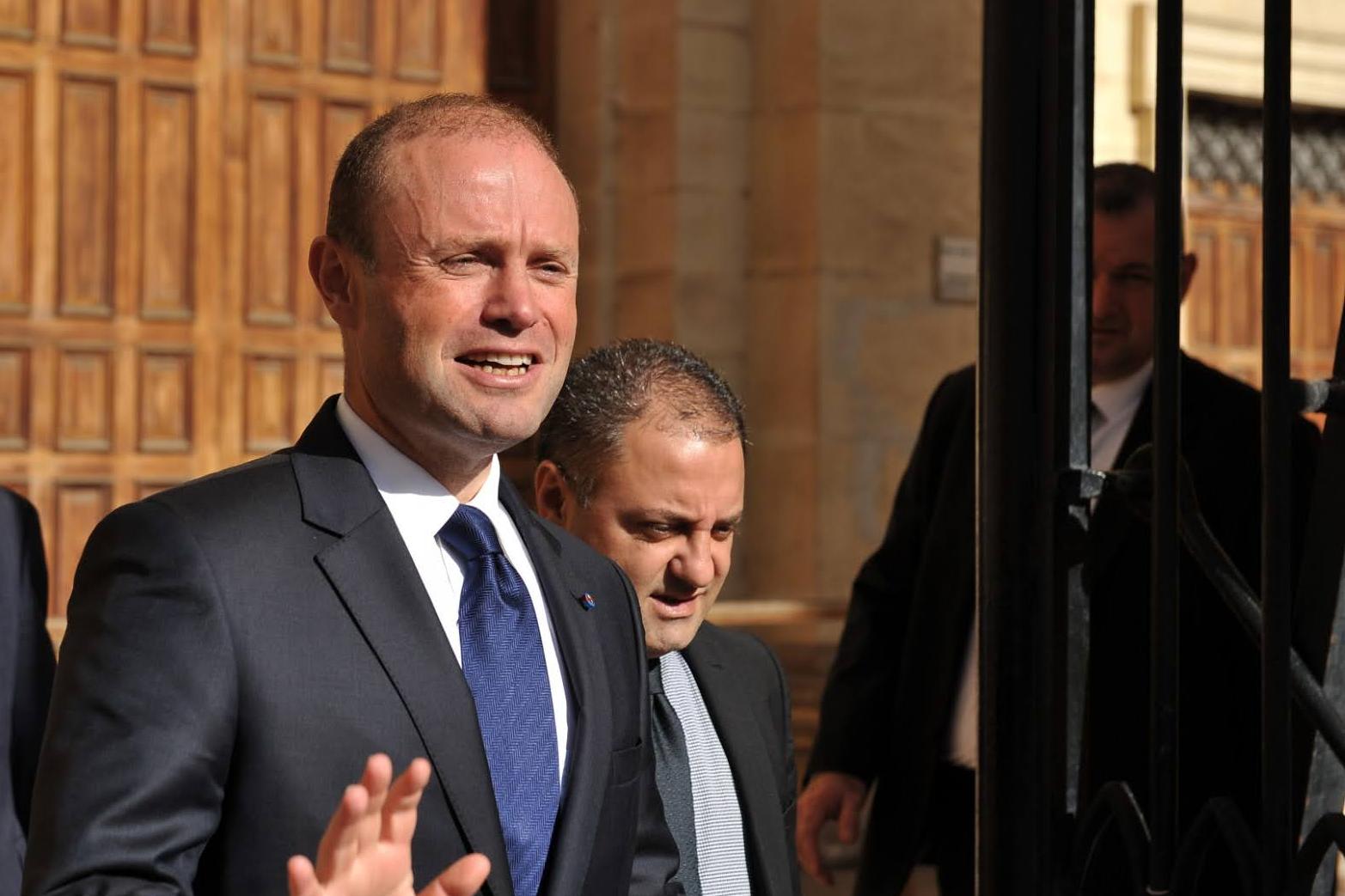 Farrugia sat in at meeting before arrest of murder suspects

Farrugia recalled that he was asked by the prime minister to attend one meeting shortly before the operation to arrest the murder suspects kicked off in December 2017.

The prime minister, his chief of staff, the AFM brigadier, lead investigator Keith Arnaud and Cutajar were there, Farrugia recalled, adding that the names of the suspects had not been mentioned at the prime minister’s own request.

He did, however, seem to recall mention of the Marsa potato sheds, where two of the hitmen, George and Alfred Degiorgio, were subsequently arrested.

Asked about the former prime minister’s reaction to the Panama Papers scandal, Farrugia explained how he sensed that Muscat’s attitude towards Schembri and Mizzi had grown more reserved.

Stripping Mizzi of his energy portfolio had been an attempt to “reduce the furore” that had erupted, he explained.

“I knew that Keith Schembri had contacts with people from all social classes,” Farrugia said, denying that he had known of the quasi-fraternal relationship between Schembri and Fenech, as revealed more recently through media reports.

'We learnt from that mistake'

Asked to explain why the media had been excluded from the 2014 trip by Muscat, to Azerbaijan, Farrugia said that at the time it had not been deemed as necessary, since he could handle any statements himself.

“With hindsight we learnt from that mistake. The visit was so public that we were met with guard of honour and their website was constantly being updated. It was all above board. The hype around that visit was all hot air,” he said, adding "I don't think the power station was discussed".

The hype around that visit was all hot air

Asked about other dubious deals effected by the Muscat government, like the power station and hospitals agreements, Farrugia admitted:  “in hindsight, perhaps had we adopted a different approach and published certain documents, such as those related to Electrogas or the hospitals deal earlier, the outcome would have been different.”

Caruana Galizia’s information about the Egrant affair, was most of the time “not correct,” Farrugia said.

“Muscat would tell us ‘they cannot say anything about my wife from a financial aspect. He never thought his family would be attacked”.

However, he denied having been instructed not to reply to Caruana Galizia’s questions after the Panama Papers story and said that his relationship with the journalist had always been “courteous.”

His denial appeared to be subsequently rebutted by Caruana Galizia’s sister, Corinne Vella, who took the witness stand presenting another dossier, including a voice recording of an interview with her sister, held weeks before she was killed.

In it, Caruana Galizia spoke about the threats she received and said she had been turned into a national scapegoat for 30 years.

On the basis of Vella’s testimony, the Board declared that Farrugia would be re-called to explain in the interests of fairness.

The inquiry continues on Wednesday.