A single new case of coronavirus recorded overnight has been traced to a passenger who came to Malta from overseas, health authorities said on Friday. 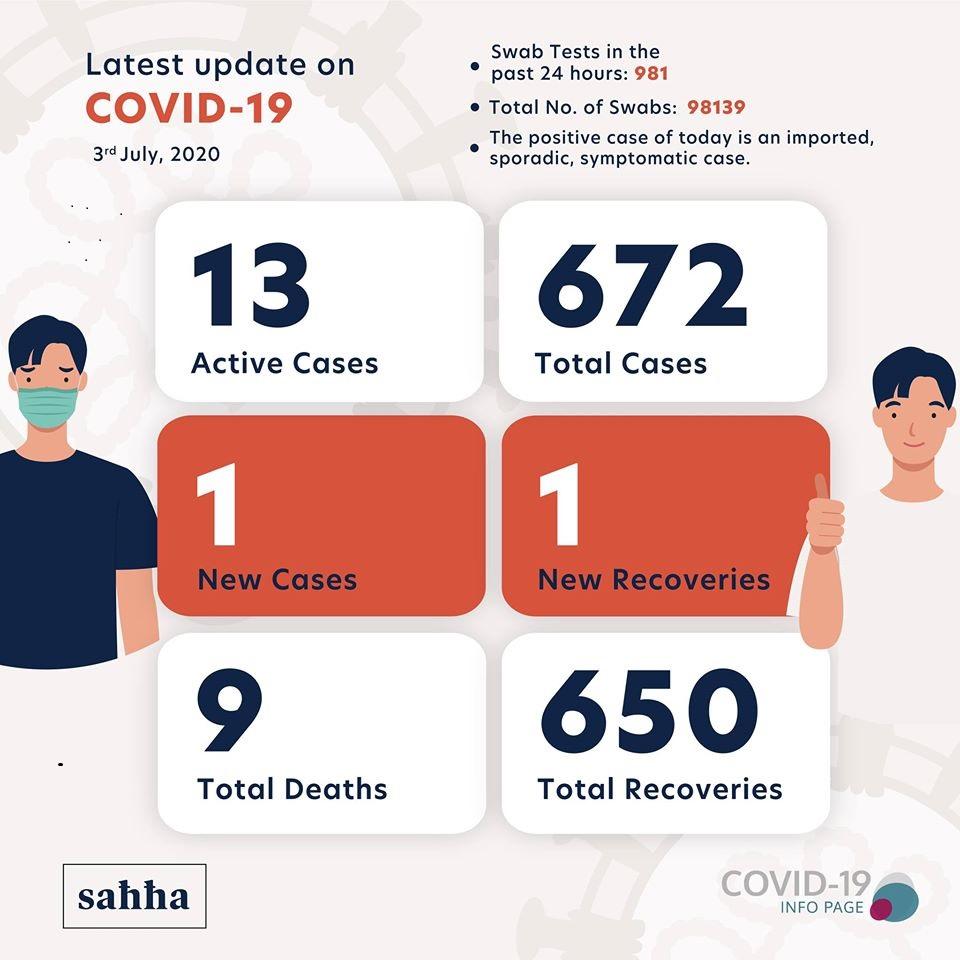 The Health Ministry released information about the new COVID-19 case on Facebook and described the case as "imported".

The case was detected from a total of 981 swab tests.

Health authorities are now contact tracing to identify anyone who was in contact with the infected passenger. Air Malta said that all standard precautionary protocols as recommended by the European Union Aviation Safety Agency and the health authorities have been followed.

The plane the passenger was travelling in has been sanitised.

Meanwhile, a Health Ministry spokesperson told Times of Malta the new case is a male patient who lives in Malta and returned to the island on Wednesday.

Repatriation flights have continued throughout the pandemic shutdown, while commercial flights resumed on Wednesday.

No cases were recorded on Thursday but one case was recorded on Wednesday after a four-day run of zero cases.

There was one new recovery, keeping the number of active cases stable at 13.

Figures given by the health authorities show that 981 tests were carried out overnight, out of a total of 98,139 since the start of the pandemic.

Malta has had 672 coronavirus cases since the first patients were identified in early March.

Nine patients have died while the vast majority, 650, have recovered.