There were probably other people involved in the Daphne Caruana Galizia assassination, the deputy Attorney General said in court on Tuesday while making his case against the latest bail request by two alleged hitmen in the murder.

George and Alfred Degiorgio in their latest bail request said they had been held behind bars for 50 months, since their arrest in December 2017.

“I was proved right in saying that the inquiry was still ongoing when making previous objections to bail,” Deputy AG Philip Galea Farrugia told the court.  “It is quite a unique case.”

“It could be, or rather, it is probable, that other persons were involved.” 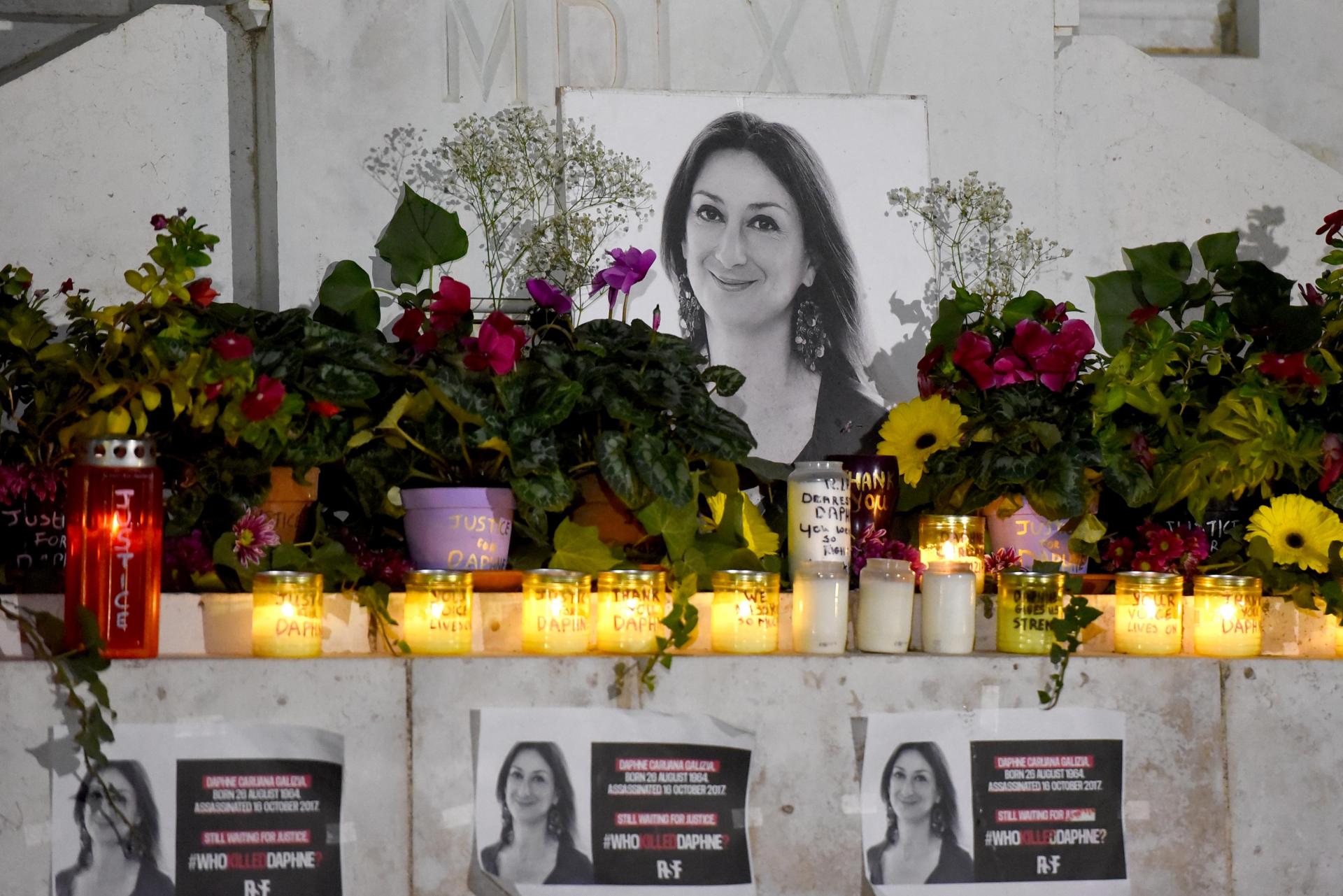 Flowers and candles at a vigil marking the fourth anniversary of the murder of Daphne Caruana Galizia. Photo: Chris Sant Fournier

The Degiorgio brothers are accused of planting the bomb along with Vince Muscat, who has admitted his role in the 2017 assassination. Suspected bomb suppliers Adrian Agius and Jamie Vella have also been charged along with alleged mastermind Yorgen Fenech.

The deputy Attorney General recalled that in a previous bail decree, the Criminal Court had declared that the journalist’s assassination involved a “web of criminality.”  The European Court of Human Rights itself had acknowledged the fact that in such cases of organized crime, investigations were expected to take longer.

Moreover, whereas earlier pronouncements by the European Court appeared to weigh in favour of bail, more recent judgments focused on balancing the rights of the accused and the presumption of innocence against the rights of society at large and the proper administration of justice.

VMuscat, known as il-Koħħu, is currently serving a 15-year sentence after registering a guilty plea in the murder case. Police say Fenech, who is denying the charges, claimed during interrogation that it was the former prime minister's chief of staff, Keith Schembri who ordered the journalist's assassination. 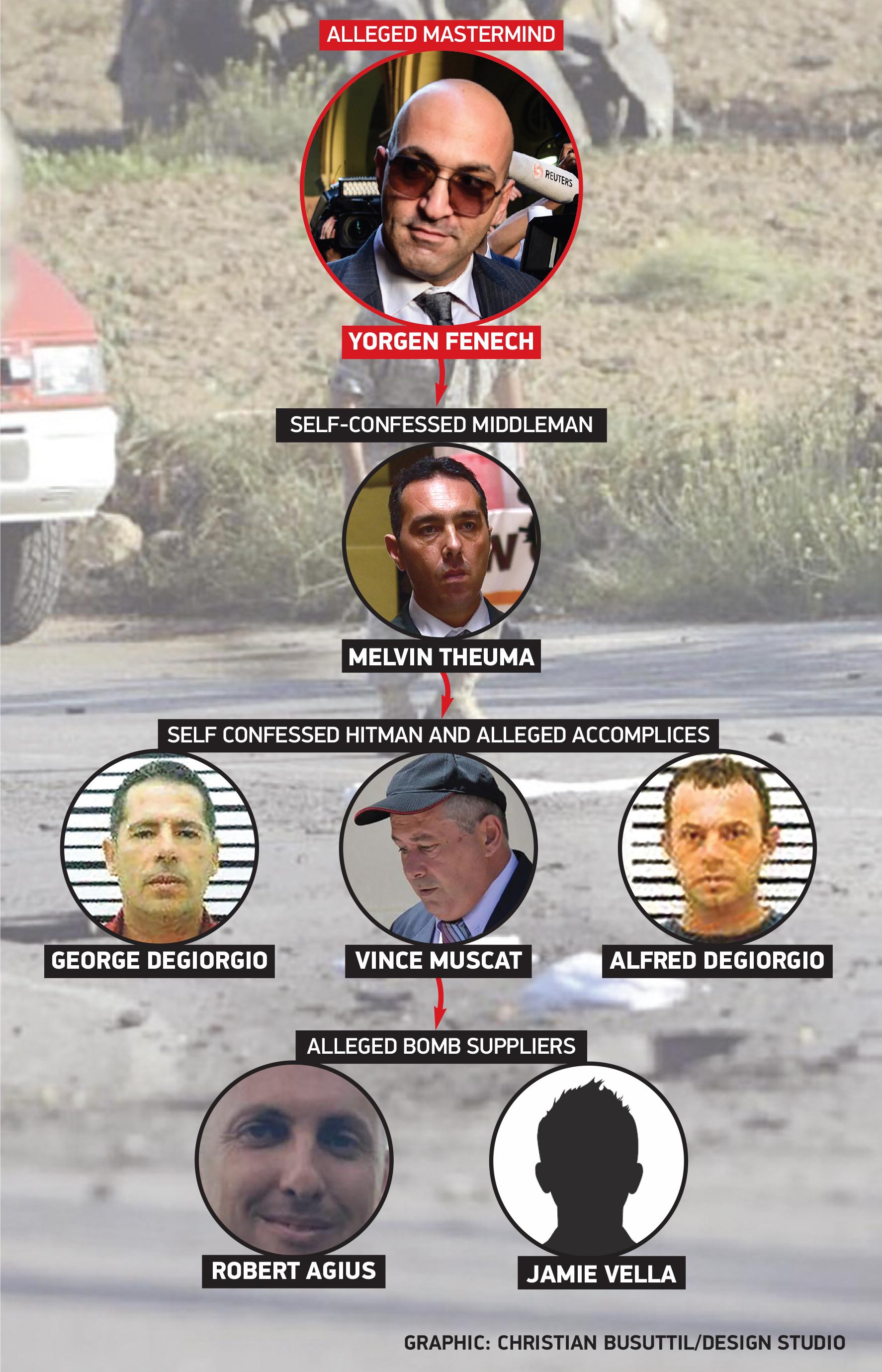 Lawyer William Cuschieri,  representing the Degiorgios, questioned their prolonged detention since their arrest in December 2017.

In this case, the rule favouring personal freedom appeared to have become the exception whilst deprivation of liberty had become the rule.

He observed that Muscat, now self-confessed hitman in the murder, had testified against the Degiorgios. That testimony showed that the alleged murderers knew of their looming arrest at least three weeks ahead, more than sufficient time for them to abscond had they intended to, argued Cuschieri.

He said the prosecution had produced no proof showing that the Degiorgios were planning to escape.

“Far from it. They waited for the police calmly and there was no commotion whatsoever.”

As for the reference to a “web of criminality,” he said that citing that as a reason to deny bail would mean “throwing the presumption of innocence out of the window.”

The lawyer also noted that the AG was objecting to bail in view of the risk of tampering with evidence, recalling how one of the brothers had communicated with self-confessed middleman Melvin Theuma from jail. Theuma had also spoken about an alleged attempt to bribe a judge.

But that was only an allegation by Theuma who, following his attempt at self-harm, had apologised in court to the judge whom he had publicly named, went on Cuschieri, rebutting each of the AG’s objections to bail.

'Nobody wants to listen to them'

And moreover, the Degiorgios had twice requested a presidential pardon, insisting that there were third parties involved in the murder and calling out to the relative authorities to be heard. Would they do that had they wanted to tamper with evidence?

“Unfortunately no one wants to listen to them,”  the lawyer said.

As the hearing drew to an end,  Chief Justice Mark Chetcuti and Justices Joseph R. Micallef and Giovanni Grixti said that the court would decree upon the matter in chambers.