Vince Muscat, known as il-Koħħu, has been sentenced to 15 years in prison after pleading guilty to the murder of Daphne Caruana Galizia.

Muscat's lawyer told a court on Tuesday that his client was registering an admission to all charges he faced in the case, in a momentous turning point for the investigation into Caruana Galizia’s 2017 assassination.

Judge Edwina Grima took note of that admission - a reversal of his previous not guilty plea - and asked him whether he wished to reconsider.

When the judge asked him whether he wished to have the charges he was admitting read out to him, Muscat spoke out in court for the first time since his arraignment in December 2017.

"No need," he told judge Grima.

Alfred and George Degiorgio, the two brothers who also stand accused of killing Caruana Galizia, sat nearby, their faces betraying no expression. They remained silent throughout the day's hearing.

Muscat will serve a 15-year sentence and pay €42,000 in court expenses, after reaching a plea bargain deal with prosecutors to provide information about the murder.

Times of Malta has previously reported that Muscat was willing to name Robert Agius and Vella as the men who supplied the bomb used to kill Caruana Galizia.

Muscat was previously offered €1,500 per month as hush money to keep quiet about the two. His lawyer told Times of Malta last year that he had refused the offer.

Muscat has also secured a presidential pardon in exchange for information about the 2015 murder of lawyer Carmel Chircop, Times of Malta can reveal.

Ministers approved that pardon during a meeting held on Monday afternoon, ensuring Muscat will not face prosecution for his role in that crime.

Muscat's guilty plea comes one week after he withdrew a legal challenge to prosecutors in the case, breaking with the legal strategy adopted by the two other men accused of the murder, brothers George and Alfred Degiorgio.

Sources had previously told Times of Malta that Muscat has been cooperating with authorities in the murder case, in the hope of securing a reduced sentence after his bid for a full pardon was denied by cabinet last month.

4.33pm That's it for this live blog for today. Thank you for having joined us.

4.12pm There's no turning back now: Muscat's lawyer noted that his client is renouncing his right to appeal. He had little choice there - he had no cause for appeal once his joint request for sentencing was accepted by the court.

3.59pm Vince Muscat is escorted out of court through a back door. That's all from the courtroom today.

3.56pm Muscat pleaded guilty to the murder of Daphne Caruana Galizia, placing the bomb that killed her, holding explosives in the weeks and months prior to her murder, criminal conspiracy, promoting and financing a criminal organisation and participating in such an organisation, as well as being a recidivist.

3.48pm Vince Muscat, known as il-Koħħu, has been sentenced to 15 years in prison for his role in Daphne Caruana Galizia's murder.

The sentence was agreed upon by Muscat's defence and the attorney general's office. He will also have to pay one-third of all court expenses.

3.46pm Judge Edwina Grima returns to the courtroom. The defendant is asked to stand up.

She asks him, for one last time, whether he confirms his guilty plea.

"If Daphne’s family were to respond to this plea bargain deal today based purely on emotions, their reply would be an obvious one," Azzopardi told the court.

3.35pm Muscat sits quietly, with armed guards on either side of him, waiting for the judge to return and resume the hearing.

3.05pm Muscat approaches his lawyer, Marc Sant, and the two have a quiet word. Armed security keep a close eye on them - there are seven guards in here.

Sant and Muscat return to their respective places.

Azzopardi, representing the Caruana Galizia family, takes his place next to the prosecution.

3.01pm Judge Edwina Grima has allowed people back into hall 22.

Arnaud and Mercieca, who exited the hall 30 minutes ago, are back inside. So too is Muscat, who is seated. 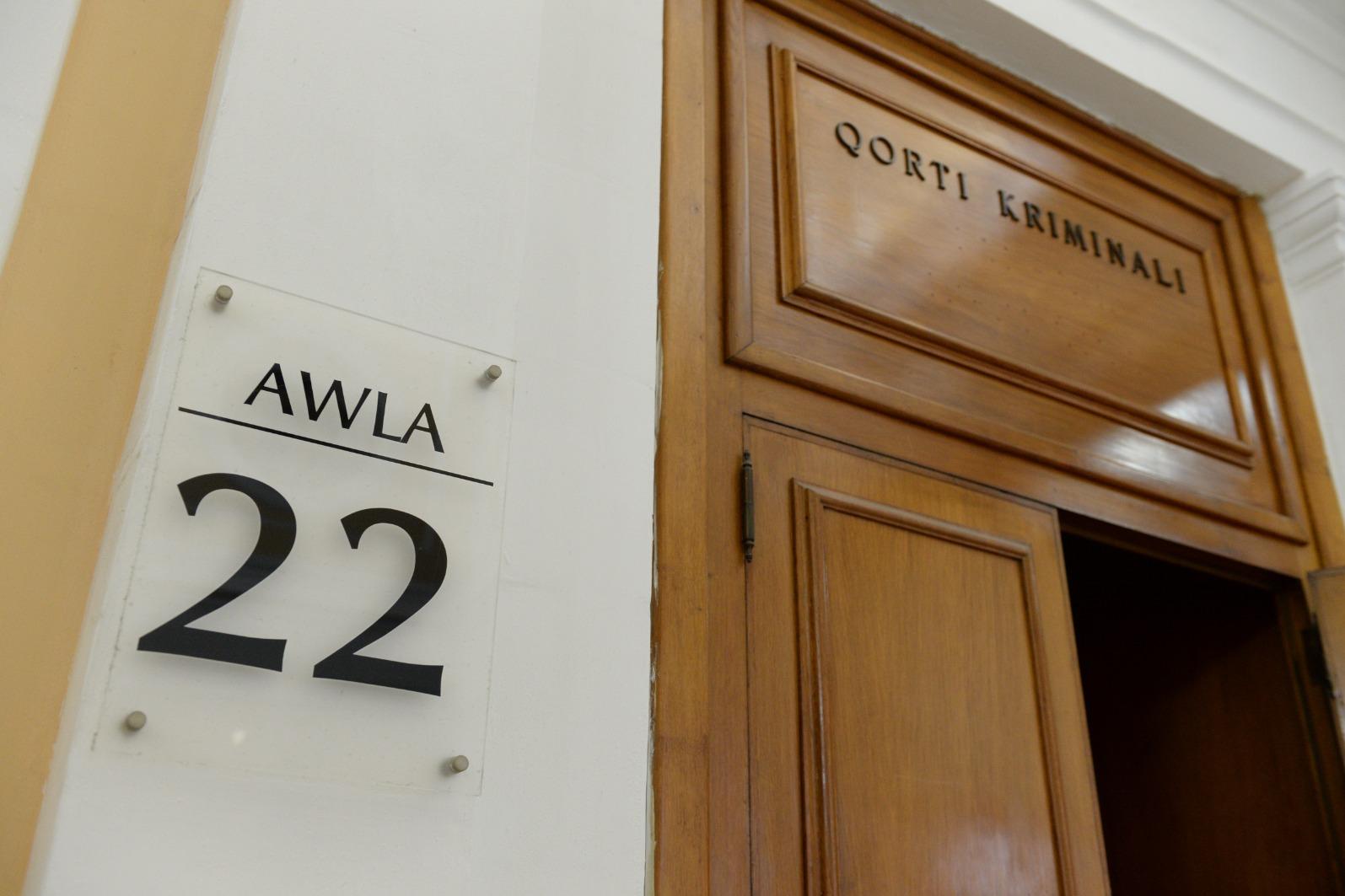 2.55pm We are still waiting for word from inside hall 22 about Muscat's sentence following his guilty plea, but we can also confirm a separate development: Muscat has been given a presidential pardon in exchange for information about the 2015 murder of lawyer Carmel Chircop. 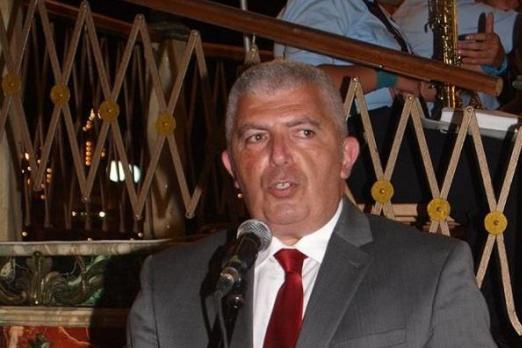 Carmel Chircop was gunned down in a garage complex in October 2015.

2.43pm There's a very 2021 twist to the arrest of the Agius brothers and Vella: police were hoping to arraign them within the next 48 hours, but will be unable to do so because one of the three is currently sick with COVID-19.

2.37pm As Vince Muscat il-Koħħu was pleading guilty, police were arresting three gang members who police have long said are at the heart of Malta's underworld: Jamie Vella and tal-Maksar brothers Robert and Adrian Agius.

They are believed to have supplied the bomb that killed Caruana Galizia, although police also suspect them of being involved in a decade of gangland violence in Malta.

Read the exclusive story about their arrest here.

2.28pm We're hearing that Muscat has been escorted out of court through a back door.

His lawyer, Marc Sant, is still in court.

2.20pm The doors to hall 22 have been opened. Superintendent Arnaud walks out, with Elaine Mercieca following.

The court may have concluded discussions about Muscat's sentence. We'll know any minute.

2.12pm It's worth recalling that Muscat was offered €1,500 a month in hush money to keep quiet about murder. The offer allegedly came from two men who Muscat claims supplied the bomb used to kill Caruana Galizia.

Times of Malta revealed that offer last October, with Muscat's lawyer confirming it and saying Muscat had turned it down.

2.02pm If Muscat has struck a plea deal with prosecutors, we can expect him to swap places in court. Having spent more than three years in the dock, Muscat could now very well appear on the witness stand.

Police could also arrest and press charges against other people who Muscat may have provided information about.

It's important to note, however, that a judge is not bound to accept the terms of a plea bargain deal: the punishment meted out is entirely her prerogative.

1.56pm The law courts are crawling with security today: there are armed guards outside hall 22, where the judge is hearing submissions concerning Muscat's punishment.

We do not know whether that process will be wrapped up today. If it is, we may be allowed back in to hear what sentence he will serve. If not, the case might be put off to another day.

1.49pm Elaine Muscat from the AG's office tells the court that they have filed a joint application with Muscat's lawyer, Marc Sant.

[This is standard procedure in plea bargaining cases, indicating that Muscat has reached some sort of deal with prosecutors].

Mercieca asks for submissions concerning Muscat's punishment to take place behind closed doors. The judge upholds that request - only Caruana Galizia family members will be allowed to stay in court.

1.46pm Judge Grima orders that records be sent back to magistrate Claire Stafrace Zammit, for her to appoint an IT expert to ensure that nine recordings flagged by the Degiorgio brothers are made available.

After that, the recordings will be transcribed.

The judge notes that once that is done, the Degiorgios' lawyer will be able to "definitively wrap up" cross-examination of self-confessed middleman Melvin Theuma [Cuschieri has refused to cross examine Theuma until recordings are made available].

That's all for the Degiorgios, who are escorted out of court

As they are led out, six officers surround Muscat, blocking him from their view. The Degiorgio brothers do not say a word.

AG asks for proceedings to be separated

1.44pm Muscat is now admitting to charges while Degiorgio brothers Alfred and George are pleading not guilty.

The attorney general has therefore asked for proceedings to be separated. From now on, Muscat's legal path and that of the Degiorgio brothers will be different.

1.42pm  The judge takes note of Muscat’s admission and asks him if he understands the gravity of what he is saying. Would he like her to read out the accusations.

For the first time since his arrest, we hear Muscat’s voice in court.

The judge reiterates: these are grave accusations. Murder conspiracy… he possibly faces a life term.

The Degiorgios, seated close by, are stony-faced, expressionless.

1.38pm Vince Muscat's lawyer, Marc Sant, has told the court that his client is registering an admission. He is pleading guilty to all charges.

1.37pm Cuschieri tells the judge that some recordings cannot be accessed. Mercieca interjects and says that they can be accessed, but that they were not saved in the proper format. This can be done by an expert who is already working on them, she says.

Judge Grima says the records will be sent back to magistrate’s court to be handled accordingly.

1.34pm  Elaine Mercieca from the AG’s office kicks off proceedings.

She notes there are two applications to handle [one by the Degiorgios to have recordings admitted into evidence, and one by Muscat to withdraw his appeal to pre-trial pleas].

1.32pm All three men who face murder charges are seated in court. There are many more armed guards than usual today – guards seated to either side of the accused, as well as others around the courtroom.

Jason Azzopardi, who is representing the Caruana Galizia family, is also present, as are Superintendent Keith Arnaud and Elaine Mercieca from the attorney general's office.

1.25pm Hello and welcome to this live blog. We're at the Valletta law courts - outside hall 22 to be precise - where three men accused of murdering Daphne Caruana Galizia are expected in court.