Mask-free revellers crowded on the dancefloor in front of the DJ booth or at the bar to order shared pitchers of drinks. People had to shout in each other’s faces to speak above the loud music and not a single clubber was wearing a mask.

The problem? All the above remains illegal.

Despite more than 90% of the population in Malta being vaccinated, strict rules by the health authorities are still in place for nightclubs, bars and other similar venues to prevent the spread of COVID-19.

The rules have gone unchanged since they were published in June.

According to health authorities, partygoers should always remain seated and wear a mask when not at their table.

Bar service is forbidden, shared drinks not allowed, there must be no strobe lights or fog machines and music should be kept at a low level “such that it does not cause patrons to talk loudly”.

When Times of Malta visited the entertainment district on the eve of a public holiday, scores of people queued for clubs and there was no attempt from police or club officials to enforce social distancing or ask people to wear a mask.

Some clubs, like Nordic Bar and Bar Native, did turn clubbers away because capacity levels had been reached. 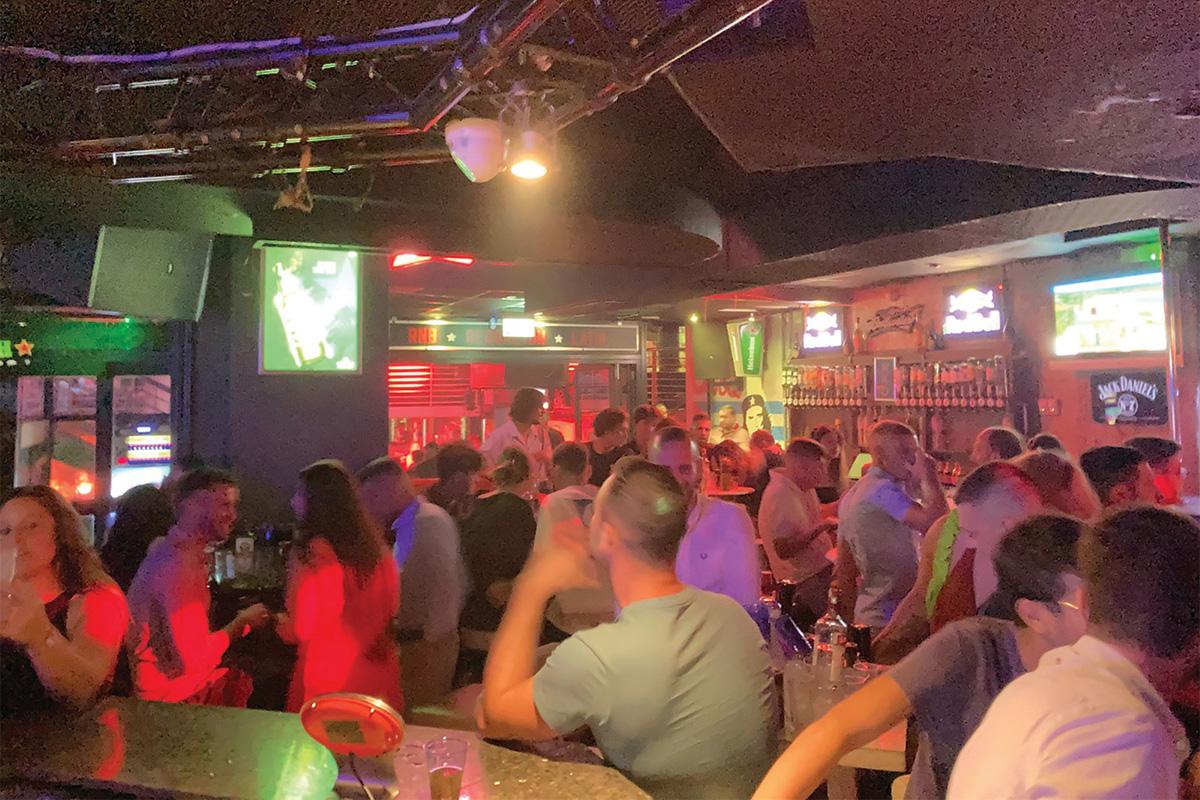 No mask and no social distancing – partygoers and clubs are ignoring the COVID-19 regulations.

A look inside Nordic Bar revealed people were mostly observing the rules around seating and social distancing.

However a look inside another venue, Footloose, showed people dancing and mingling.

While pre-pandemic people could enter clubs freely, some establishments are now charging an entry fee ranging between €20 to €30, which includes a table and drink tokens.

For two people, Havana Club charged a total of €40 for a table and eight tokens. However, people did not sit down at tables, which were placed close to each other and not at a two-metre distance, as per the health authority rules.

‘Everybody find a seat!’

At least three times during the hour-and-a-half that Times of Malta spent in the club, bouncers would rush to the DJ booth, demanding the music be lowered.

“Everybody, please find a seat and sit down,” the DJ would shout on the microphone, as he lowered the volume and people would scurry to find their table or a chair available.

Bar tenders and bouncers would also ask people to move away from the bar and take a seat. But minutes later, the DJ pumped up the volume and people returned to dancing and mingling. 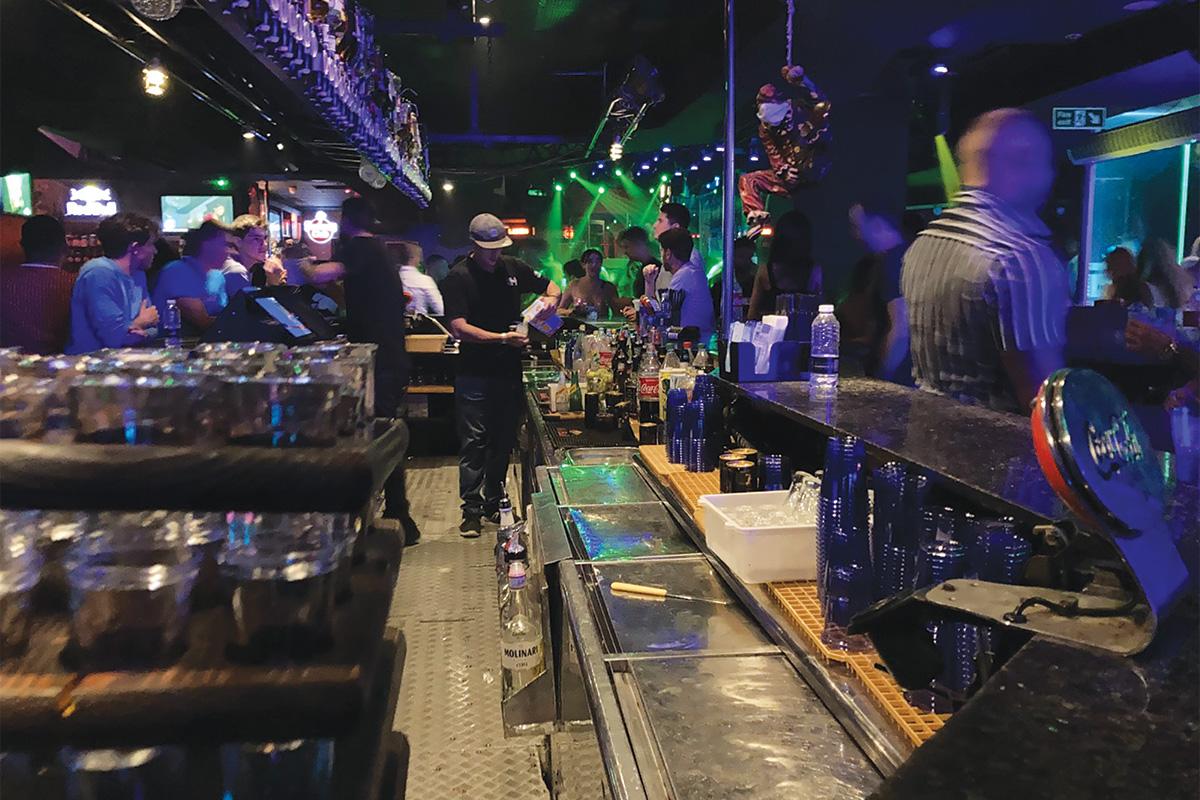 People buying drinks at the bar, which is banned under health rules.

No police or enforcement officials were observed inspecting the establishment.

The Malta Tourism Authority is responsible for enforcing the health rules.

Its CEO, Johann Buttigieg, acknowledged there was a problem but said they could not be “everywhere, at the same place at the same time” and are also tasked with inspecting restaurants and standing events.

“Unfortunately, it seems that the situation is relaxing, and that some clubs have been ignoring more measures than they should,” he said.

“Inspections are taking place and we have received reports when an establishment is breaching the rules.”

When asked whether such restrictions on clubs should be removed, he refrained from commenting.

“Everybody goes to Paceville and knows what the situation is,” he said, without elaborating.

Philip Fenech, deputy president of Malta Chamber of SMEs, said that club establishments are trying their best to control the situation during ‘peak hours’.

“Is the situation perfect? No, but some DJs, security and club staff are doing their best to control the situation, and police are present on the streets to maintain enforcement,” he said.

Fenech noted the leisure industry was under “a lot of pressure” due to the restrictions in place.

“Night life includes people dancing and socialising, and such protocols kills that,” he said.

He encouraged club owners and revellers to follow the restrictions.

“There are people who stand up when they should remain seated and break the rules,” he said.

“At the end of the day, both clubs and the partygoers should follow all regulations in place. Clubs are trying to adapt to this new ‘norm’, it’s not easy but can be done.”

Times of Malta has contacted the health ministry for comment.