Public spaces are being taken over at an alarming rate all across Malta and Gozo, three NGOs have warned in a statement that listed countless examples of the practice.

eNGOs Flimkien għal Ambjent Aħjar, Moviment Graffitti and Ramblers’ Association said that the situation had reached the point of “anarchy”, with commercial establishments seemingly given authorities’ blessing to “grab a piece of the coast”.

“What’s the point of having a law protecting the coast if governments continue encouraging concessions to private interests,” the NGOs asked.

“Taking the sea, bays, coasts and waterfronts from the common people to give them to business interests is an outrageous social injustice.”

The NGOs issued their statement after a Times of Malta video showing how deckchair operators in Comino have taken over the Blue Lagoon went viral.

In their statement, the NGOs cited several examples of abuses of public land:

In Marsascala, plans to turn the bay into a huge marina violate EU public consultation laws, they said.

Also in Marsascala, part of a public garden was sacrificed to make way for local council offices.

In St Paul’s Bay and Bugibba, the NGOs said that:

All three NGOs slammed the St Paul’s Bay council for its silence in the face of these commercial encroachments. 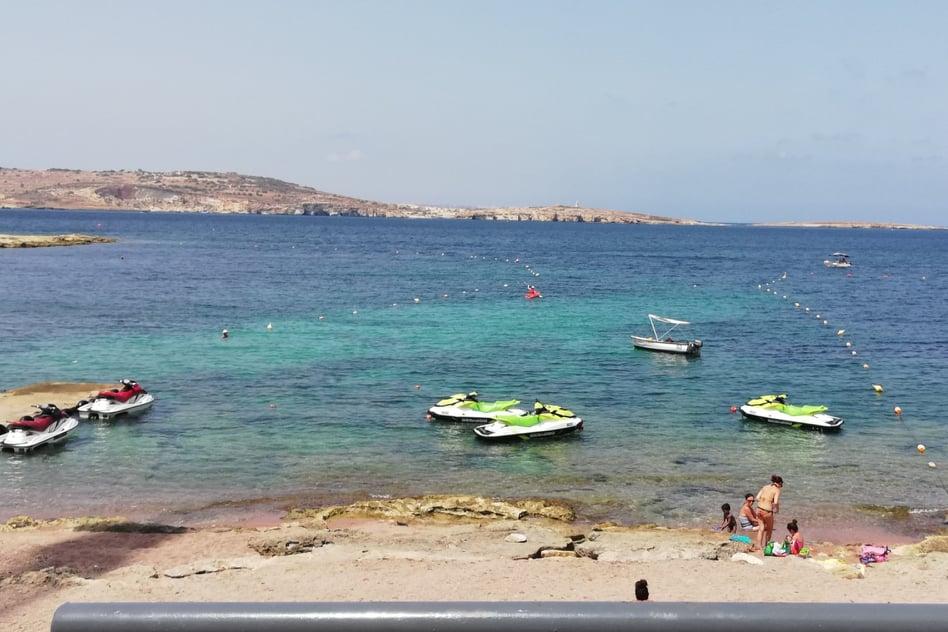 A tiny beach encroached by a jet-ski operator in Bugibba, with NGOs also saying two government boathouses "have been taken over for boat operators' storage."

In Gżira, Sliema and St Julian’s, the NGOs said that:

"Malta’s bays offer a free and healthy environment that makes a huge contribution to residents’ well-being," they said.

"This should be a priority to Transport Malta and Infrastructure Malta, but instead they promote the interests of their business cronies."