Queen Elizabeth’s relationship with Malta is one that the monarch has always remarked upon with warmth and fondness, with the Queen often describing the country as her “isle of happy memories”. 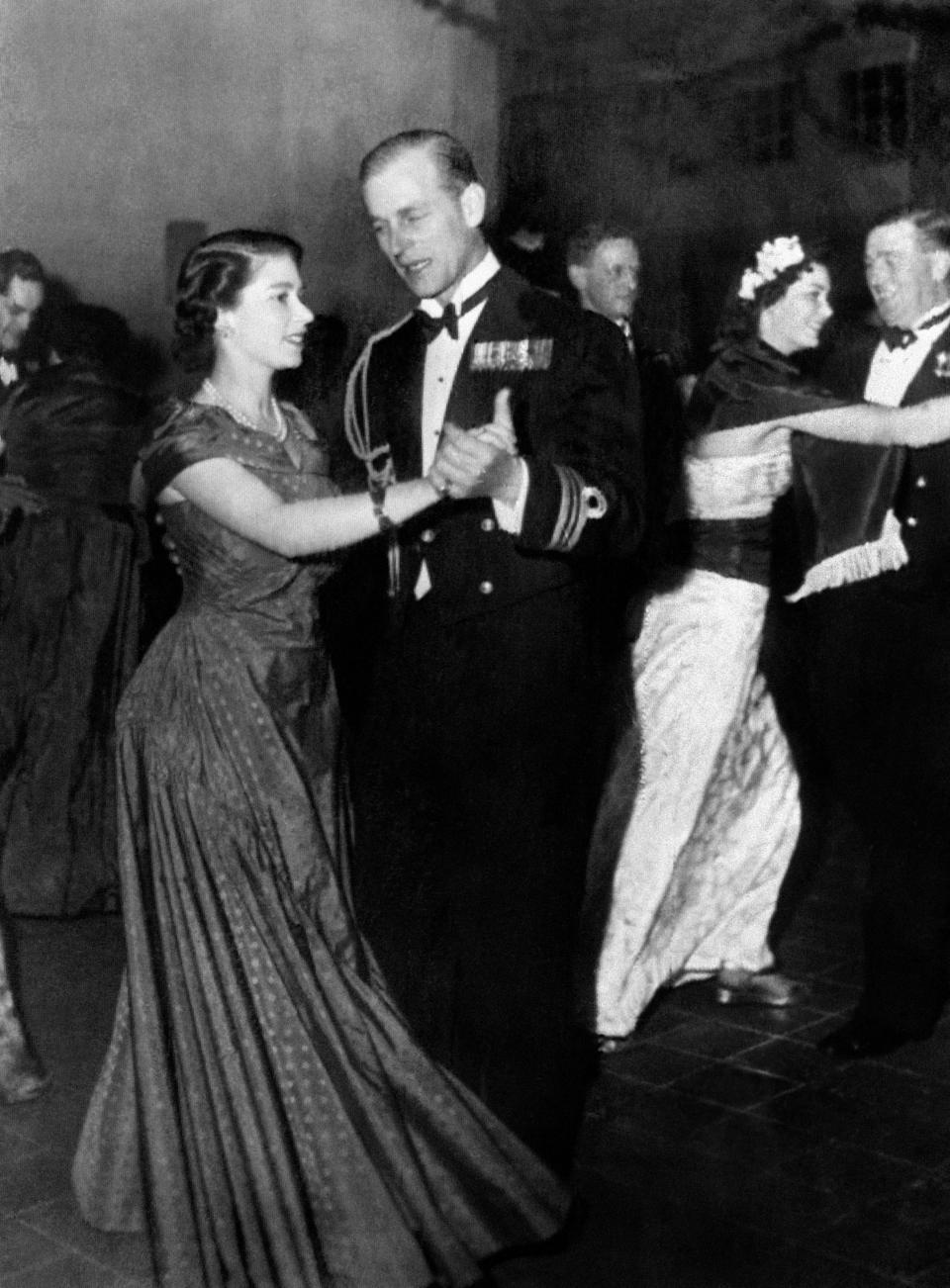 Between 1949 and 1951, while she was still a princess, Queen Elizabeth spent several months in Malta as a young naval wife and was, for the most part, less burdened with the weight that comes with the crown.

Her husband Prince Philip, the Duke of Edinburgh, was stationed by the Royal Navy in the Mediterranean, where he was second in command of the HMS Chequers, the leader of a flotilla of first destroyers based in Malta. 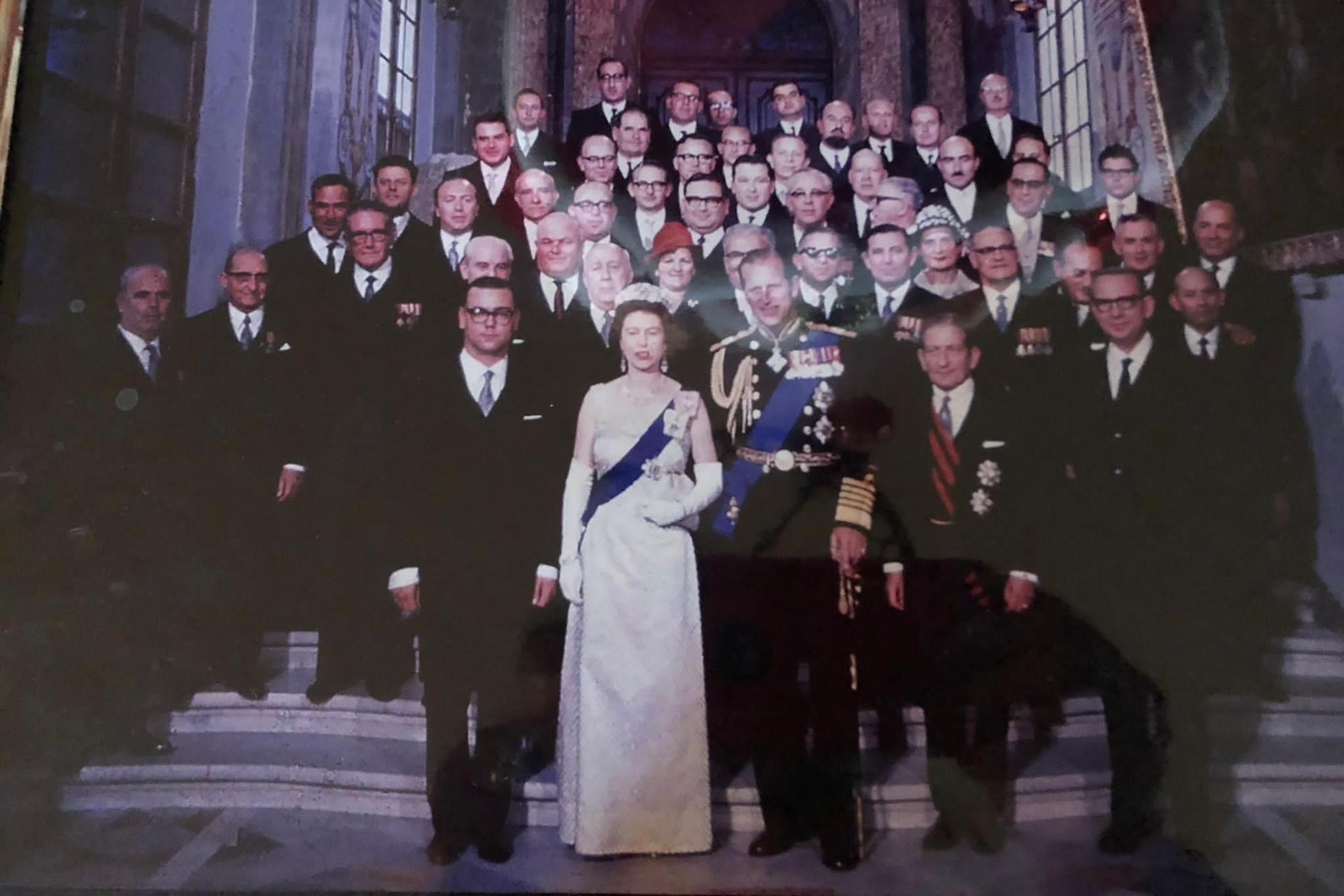 The queen at Malta's Parliament in 1967. Photo via Ann Fenech

The princess first flew to Malta on her second wedding anniversary, where she came to meet her husband on November 20, 1949. She would go on to spend her first Christmas on the island that year, where she lived in Villa Guardamangia in Pietà, along with Prince Philip’s aunt and uncle, the Earl and Countess Mountbatten of Burma.

Queen Elizabeth was said to have had an active social life during the months she spent here. She attended gymkhana as well as the Saddle Club ball and amateur drama performances.

She even watched her husband play polo at the Marsa sports grounds. Leaving on December 26, she then returned for a second visit on March 28, 1950, and would go on to celebrate her 24th birthday, on April 21, in Malta, before returning to England on May 9. 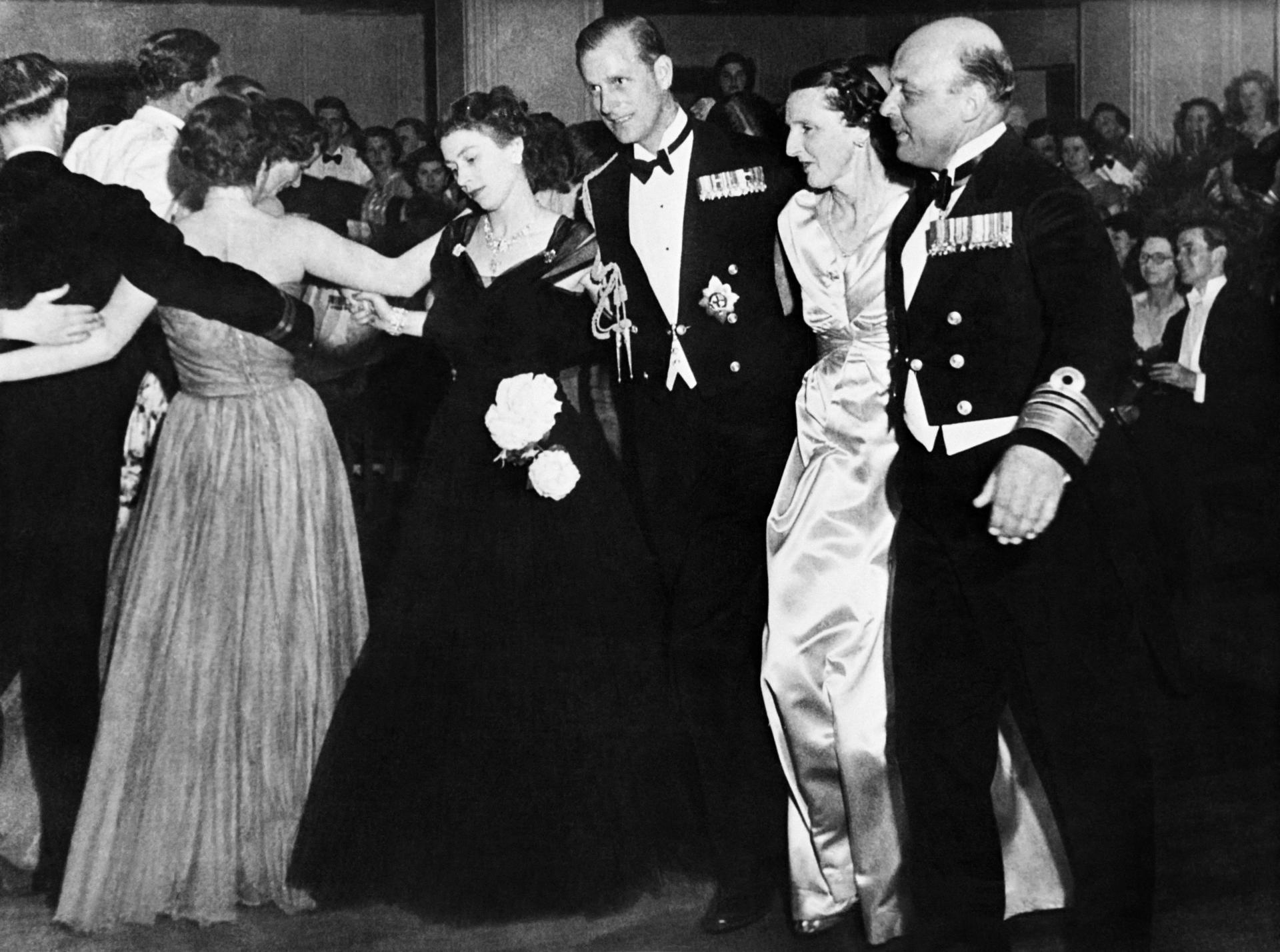 Prime Minister George Borg Olivier threw a reception for the royal couple at the Auberge D’Aragon during this visit, where the princess was presented with a bronze replica of Antonio Sciortino’s Les Gavroches.

Returning to Malta as a Queen

While she made her final visit to Malta as a princess between March 19 and April 11, she would return to the island as a Queen on May 3, 1954, escorted by naval warships and proclaiming her arrival into the Grand Harbour with a 21-gun royal salute.

“Though among the smallest in size, Malta takes an honoured place among the countries we have visited. Indeed, throughout all the nations of the Commonwealth and of the whole world, the memory of her heroic stand during the war is still fresh,” the Queen said during her welcome address on the island.

This visit also marked Queen Elizabeth’s first visit to Gozo, where she unveiled the war memorial in Victoria. Her second state visit to Malta as sovereign came in 1967, where she was welcomed as Queen by a now Independent Malta. 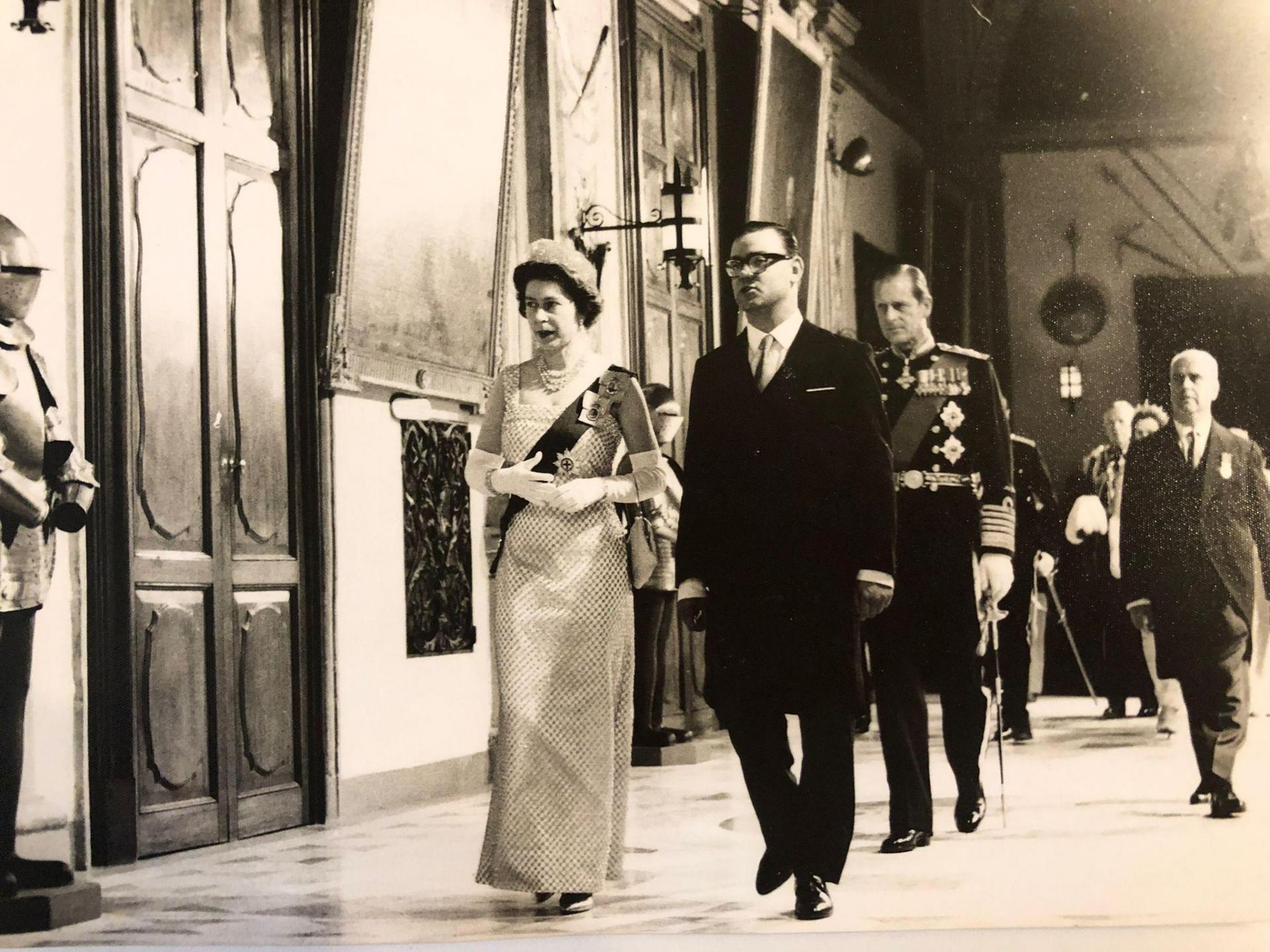 The queen with Speaker Alfred Bonnici in 1967. Photo via Ann Fenech

During this visit, the Queen opened the Maltese parliament, presented new colours to the 1st Battalion King’s Own Malta Regiment and even visited the then-newly opened University of Malta campus in Msida.

In a message to Governor General Maurice Dorman at the end of the royal visit, the Queen said that it was a “moving experience for us to revisit Malta and Gozo and we have greatly valued the opportunity of seeing at first-hand something of the difficulties and possibilities which the future hold for you. [...] I send my heartfelt good wishes for the happiness and prosperity of all my people in Malta and Gozo”. 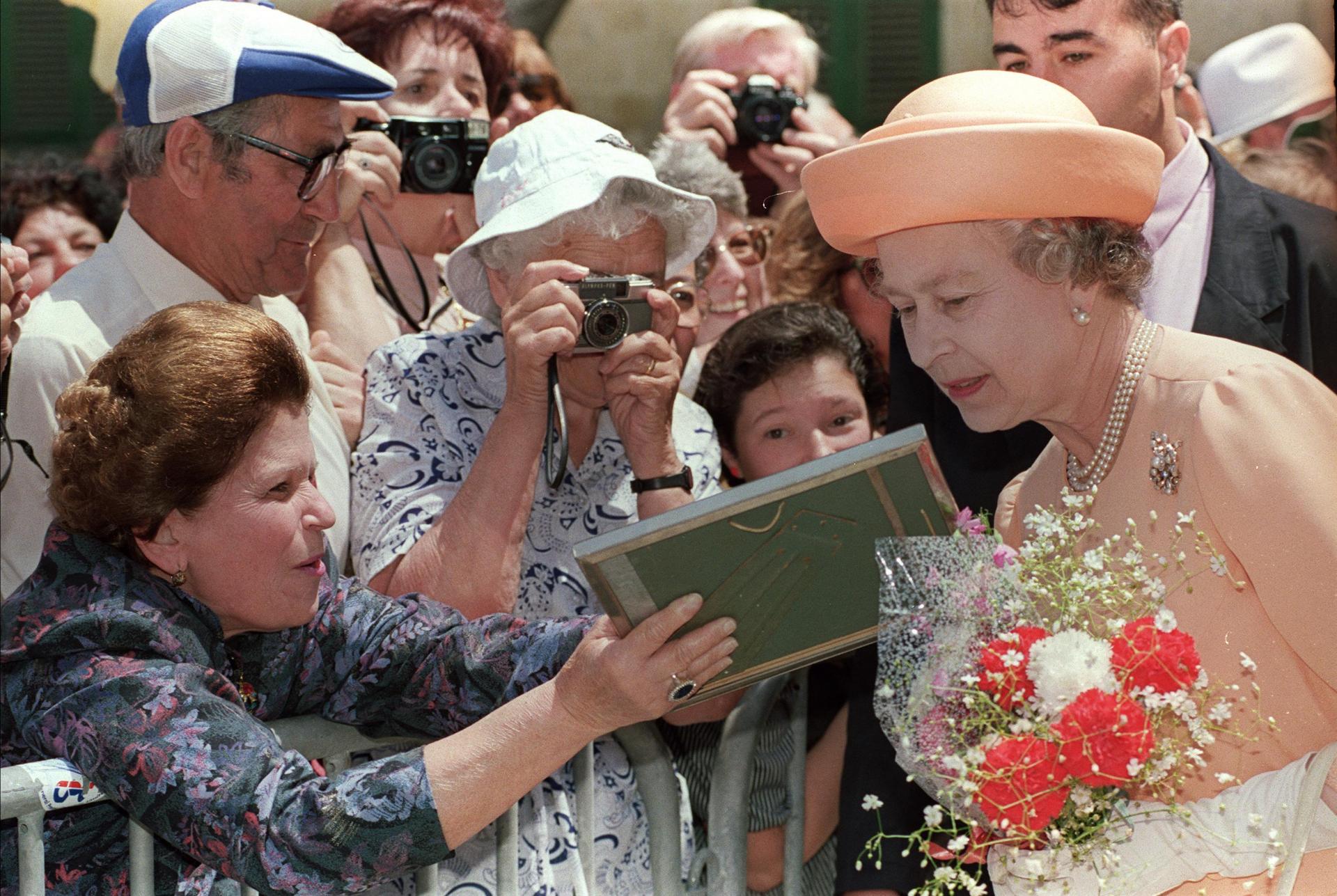 Queen Elizabeth II is shown a photograph by a Maltese woman as she walks through Republic Square, Valletta, 28 May 1992. Photo: AFP

Queen Elizabeth would visit Malta again in 2005 and again in November 2007 with Prince Philip, on the occasion of their diamond wedding anniversary. The Queen’s final visit to Malta would come as part of the Commonwealth Heads of Government Meeting in 2015, where she paid tribute to the island, saying that its small size was no measure of the moral strength of its people.

She said she had “cherished” her time as leader of the Commonwealth, a role she has held for more than 60 years.“I feel enormously proud of what the Commonwealth has achieved, and all of it within my lifetime,” she said.

The Queen last visited her former home in Villa Guardamangia in 1992, and it has since fallen into a state of disrepair. Following the death of the last occupants of the villa, everything inside it was sold at auction and the property was put on sale for the eyewatering price of €6.5 million.

After years of clamouring for action, Villa Guardamangia was bought by the government in 2019 with a promise that it would be restored and opened to the public. 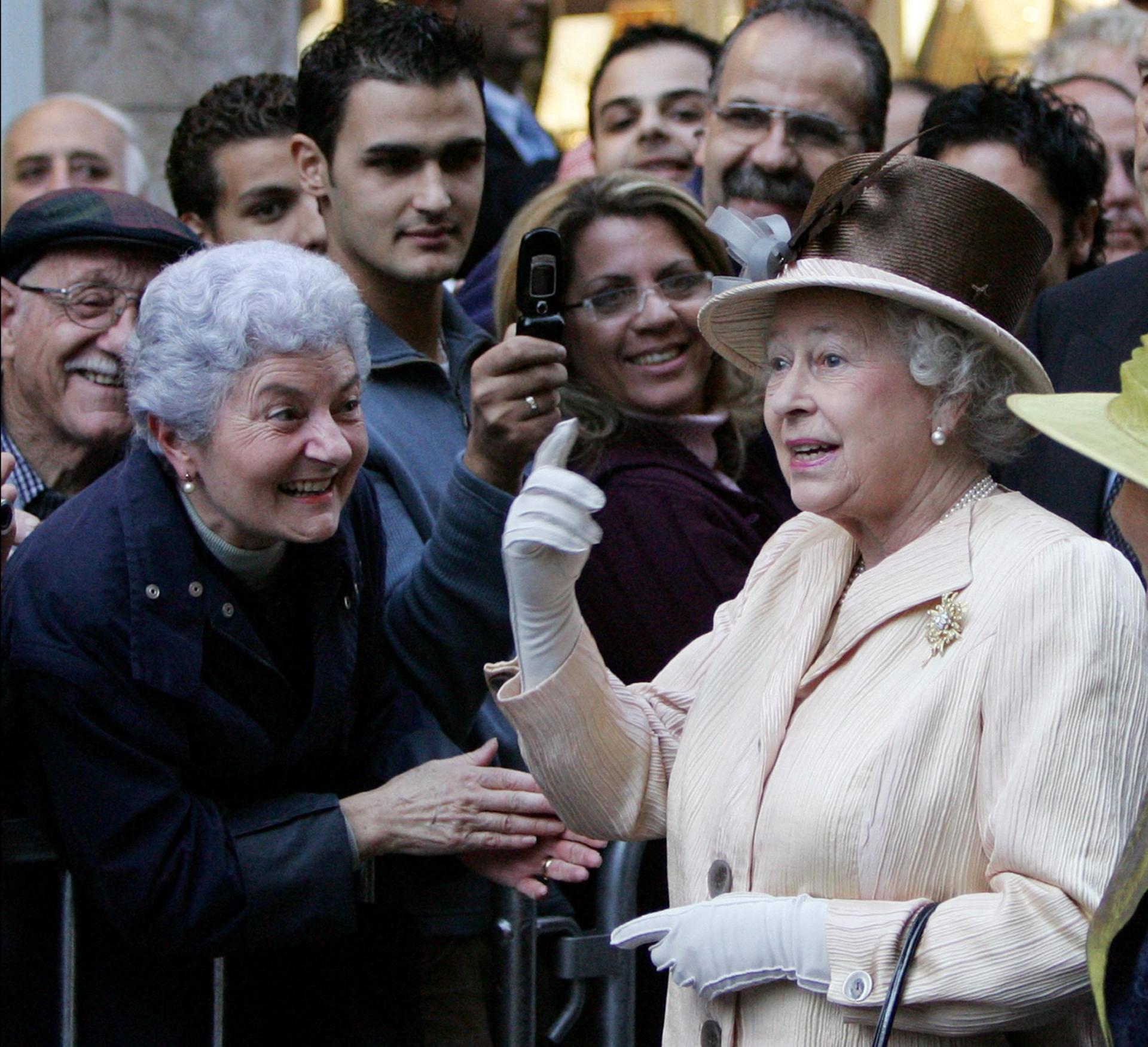 Queen Elizabeth II (R) talks with British tourists as she walks in the streets of Valletta, 23 November 2005. Photo: AFP