Number 49 on Guardamangia Hill is one of Pietà’s first examples of villeġġjatura and once hosted a mongoose pet and possibly a bear. Heritage Malta has also managed to trace one of its earliest proprietors – a Maltese priest who owned it in 1814.

But the most popular among Villa Guardamangia’s series of habitants over two centuries remains Princess Elizabeth (later Queen Elizabeth II), when her husband, Prince Philip, Duke of Edinburgh, was stationed in Malta as an officer of the Royal Navy between 1949 and 1951.

Much like its current physical condition, the history of the residence is in pieces, possibly scattered around the island in documents that have been safely stowed away. Heritage Malta is urging anyone with any information about the house, once fondly referred to as ‘home’ by the Queen, to come forward and help the agency join the puzzle pieces.

The mid-18th century baroque villa, scheduled at grade 2 due to its architectural, cultural and historical value, has been entrusted to Heritage Malta after it was recently acquired by the Maltese government for €5 million.

It is spread across an area of 1,560 square metres and includes 18 rooms, servants’ quarters, several bathrooms, stables, a large garden, a garage, a war shelter… and probably a bunker.

Despite its dilapidated state, the villa’s large rooms with high ceilings, patterned colourful tiles, remnants of intriguing wall paintings, sculptured doorways and wooden apertures could easily transport any visitor to the days when the royal couple hosted guests in the drawing room upstairs, situated between their separate sleeping quarters. 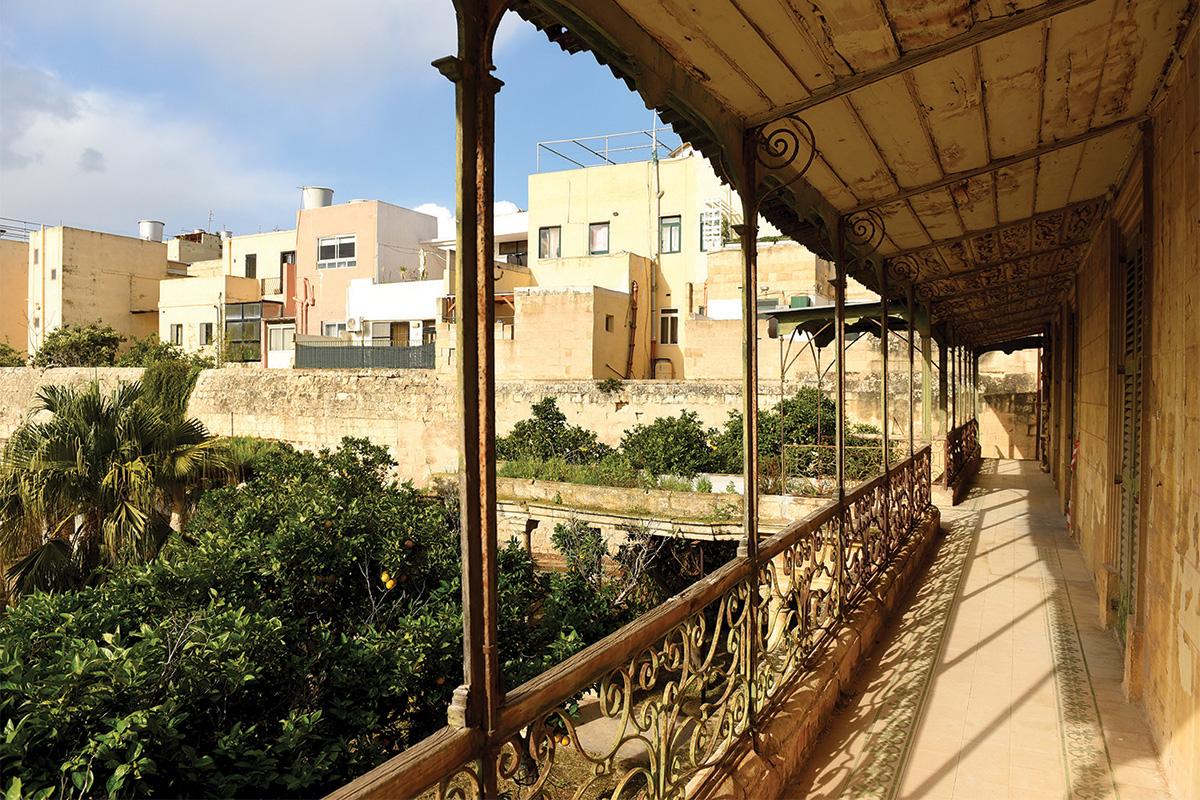 The room was found bare except for a large Royal Air Force carpet which Heritage Malta is restoring, as were the rooms downstairs where most of the housework – the cooking, washing and ironing – used to take place. A washing machine, a cooker, a stove and a boiler, which probably formed part of the central heating system, were the only appliances of the period found in the servants’ quarters.

Heritage Malta is therefore focusing its efforts on tracing notarial deeds, planning documentation, correspondence and people’s memories of the place.

“Heritage Malta is currently trying to put together several pieces of the puzzle to get one complete picture of the villa. The history of the building is quite complex and goes back to at least the mid-18th century, so there is a lot more to be discovered. We have managed to find some interesting facts, but several gaps remain,” the agency’s chief operating officer Kenneth Gambin told Times of Malta.

An 1814 document, which names a Maltese priest as the proprietor, refers to 18th century deeds that still need to be sourced and translated. The place was subsequently owned by the Sant Fourniers, Bartolos and Schembris.

It is believed that former prime minister Dom Mintoff visited Labour MP Joseph Schembri at the house, but Heri­tage Malta does not have any photos of the encounters yet.

From the information that the agency has so far, it is believed that the villa was extended in the 19th and 20th century and there are remains of a system through which the habitants would ring a bell to draw the attention of the servants in the downstairs extensions.

According to a memoir, in the first half of the 20th century, the house hosted a mongoose, kept as a pet by Lady Pamela Hicks, the younger daughter of Louis Mountbatten (first Earl Mountbatten of Burma), whose family stayed at the villa before the royal couple.

Her family, who also lived in another Pietà residence in previous years, also owned a pet bear, but it is yet unclear whether the animal was also hosted at Villa Guardamangia. 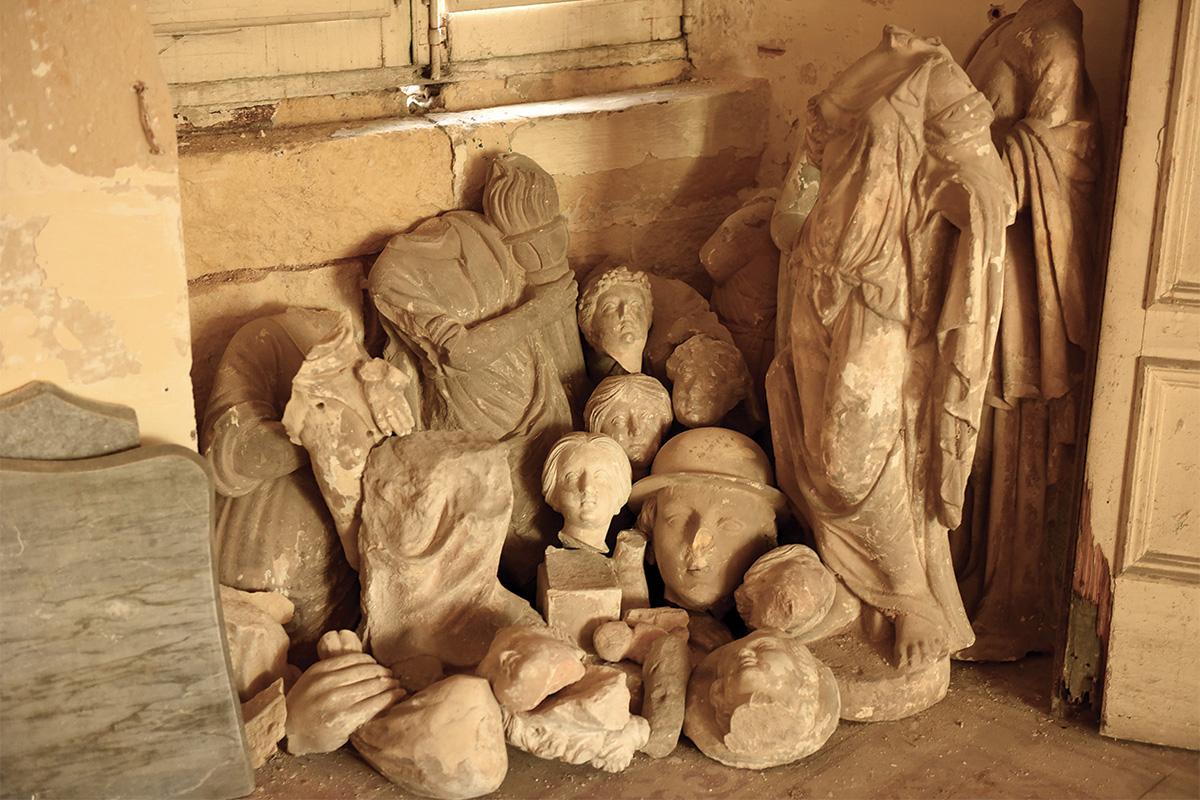 Mapping out the villa in 3D

Heritage Malta is documenting the villa’s current condition through 3D mapping, hoping the process will help researchers and restorers in their efforts to bring the residence back to its former glory.

The 3D model is being built through laser scanning and photogrammetry.

“The villa is currently in a very bad state, so we are documenting its indoors and outdoors in great detail,” digitisation project manager Tony Cassar said.

“This will help conservators restore dilapidated areas and eventually assist researchers in carrying out comparative studies once conservation is completed.”

In future, the detailed digital mapping structure of the building will also be made accessible to the public on the agency’s online platforms. 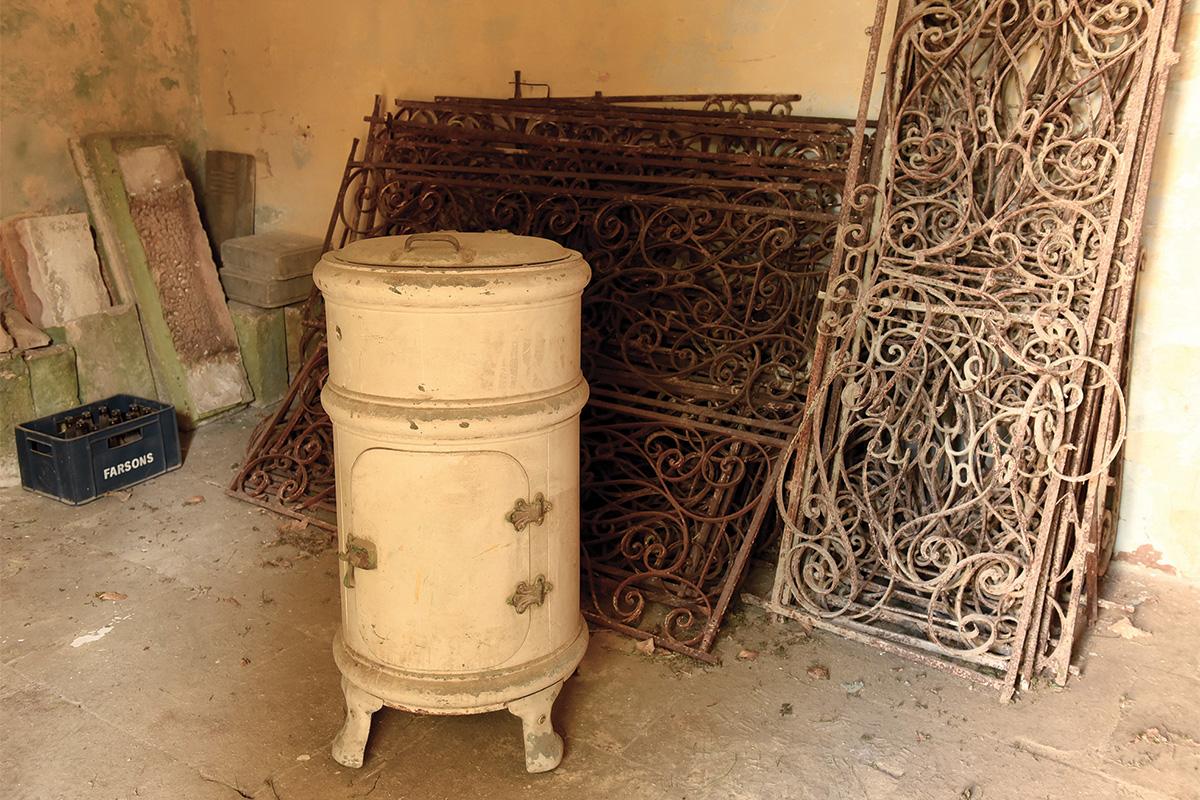 Apart from Villa Guardamangia, in collaboration with the Planning Authority and University of Malta, Heritage Malta is also digitally documenting the Tas-Silġ site and the Valletta underground tunnels.

“This would allow whoever cannot come to these sites to at least access them virtually.

“The experience will never replace the authenticity of the ambience of the physical site, but will be helpful for, among others, educators who are giving a class about some artefact or site that form part of the national collection.”