Concerns about poor hygiene, severe overcrowding and rat and cockroach infestations were all flagged in a report about the “extremely challenging” conditions at an open centre in Ħal Far.

The account by the European Council on Refugees and Exiles, published earlier this year, paints a bleak picture of living conditions in the island’s main hosting centre for asylum seekers.

It sheds light on life inside the centre which was wrecked by a riot on Sunday night. A visit to the centre the morning after Sunday’s riot exposed urine-soaked passageways between housing units, and garbage and vermin throughout the complex.

A desolate-looking centre on Monday morning, hours after the riots. Video: Ivan Martin

The report also says that the location of most centres, in a remote area of Malta, left migrants isolated.

According to NGOs regularly visiting the centres, the situation has not improved for years and the living conditions in the reception centres remain deplorable, especially in Ħal Far.

Residents complain that the units they sleep in are inadequately insulated, leaving them hot in the summer and cold in winter. The report criticised the poor standard of accommodation.

According to the report, there does not seem to be a contingency plan for situations of severe over-crowding.

At the start of this year, the total reception capacity of the island’s centres was approximately 1,500 places. Sources say this was reached months ago.

How does the Ħal Far centre work? 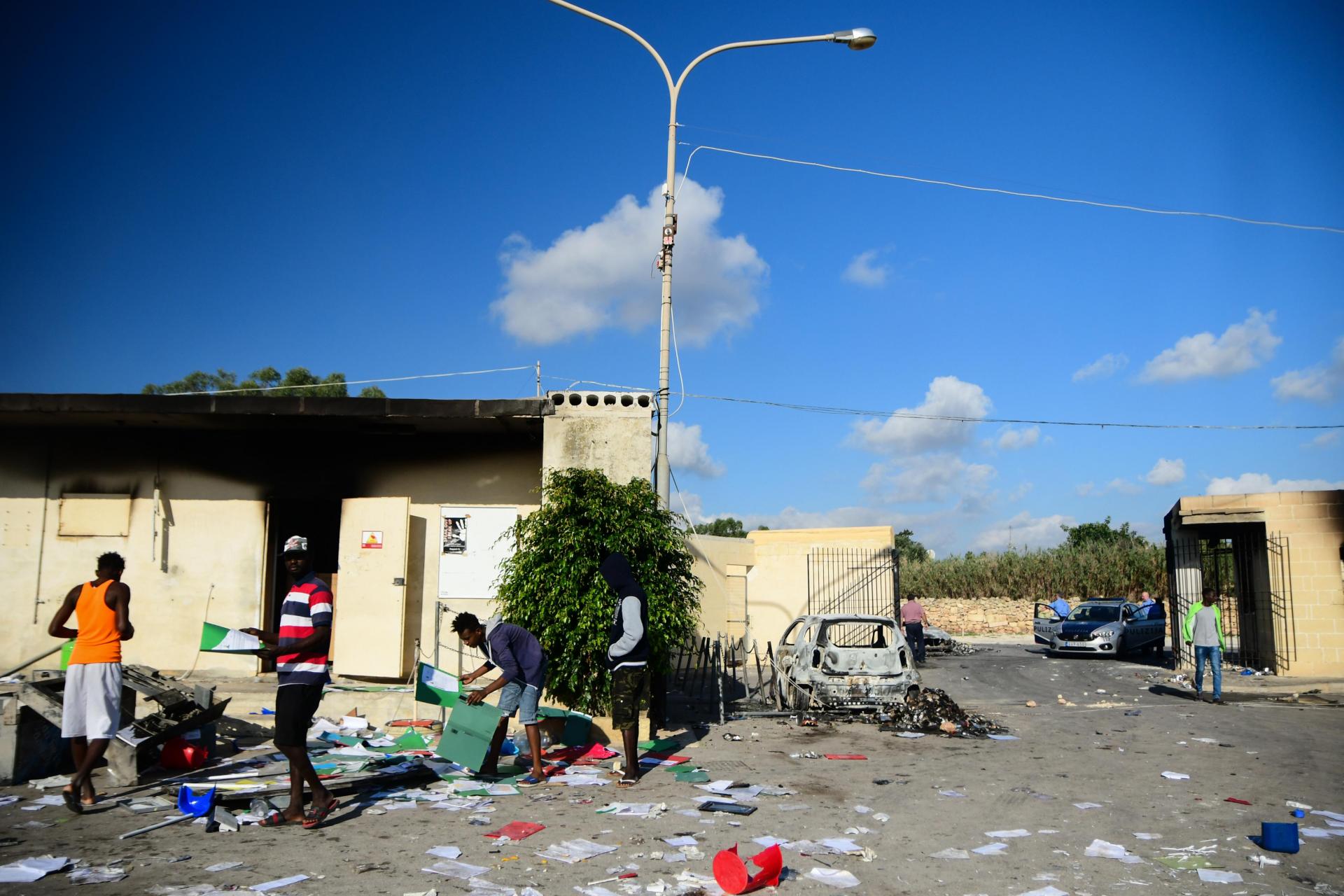 Residents sift through the destruction on Monday following a Sunday night riot at the centre. Photo: Jonathan Borg

The daily allowance provided is barely enough to provide for basic needs, and the lack of access to social welfare support exacerbates these difficulties.

AWAS provides different amounts of daily allowances based on asylum seeker’s status, with the maximum set at €4.66.

This allowance is usually given for a year, but exceptions are known to have been made depending on the individual’s needs and degree of vulnerability.

Migrants living in open centres are required to regularly confirm residence through signing, three times per week. If migrants fail to sign up they lose their financial allowance and possibly also their place in the centre.

Common cooking areas are provided, as are communal showers and toilets.