Civil society organisers who spearheaded a Republic Day protest in Valletta did not apply for a permit to do so, the police said on Saturday, in claims organisers dismissed as "lies".

The police said that while civil society groups had always applied for permits before planned protests, they had not done so on this occasion, despite both sides having met on Wednesday to discuss the Republic Day plans.

In separate Facebook posts, Repubblika and Occupy Justice said the police and police minister Michael Farrugia - who also said organisers did not have a permit - were out to intentionally mislead.

Organisers said that nothing in the law prohibited people from booing or holding placards as they attended Republic Day events, which were presumably covered by a permit.

They had raised this point when they met with the police on Wednesday and no objections were raised then.

"We do not think we have broken any laws," the organisers said, adding that the police commissioner was free to charge organisers with a crime or else stop harming the good name of citizens exercising their fundamental rights.

Repubblika member Robert Aquilina gave a fuller explanation of events in a Facebook post of his own.

Mr Aquilina recalled how the police commissioner had been satisfied with arrangements when the two parties met and told activists that they would not be breaking the law provided they remained behind steel barricades set up for the occasion.

A high-ranking police official had even sent him a note of thanks after the event went off without any trouble, Mr Aquilina said.

Police said they were issuing the statement after noticing “various comments about yesterday’s protest on social media”.

Some expressed consternation at the heavy police presence in Valletta on Friday, with Republic Street and other key public places teeming with uniformed officers ahead of the protest and Republic Day events.

Protesters stood behind steel barricades and booed, whistled and jeered as a military parade and president George Vella went past them.

President Vella used his Republic Day speech to repudiate the "gangs" who had damaged Malta's reputation and said all those involved should be brought to justice.

What does the law say?

Local laws about public meetings require activists to inform the police about planned demonstrations up to 48 hours ahead of the event.

The police commissioner will then issue a receipt acknowledging that notice has been given.

There is no explicit reference to requiring a permit, although the law gives the police commissioner the power to change the time or place of a planned protest if it will clash with "any public solemnity or festival". The police commissioner can also stipulate at what times demonstrations can start and end. 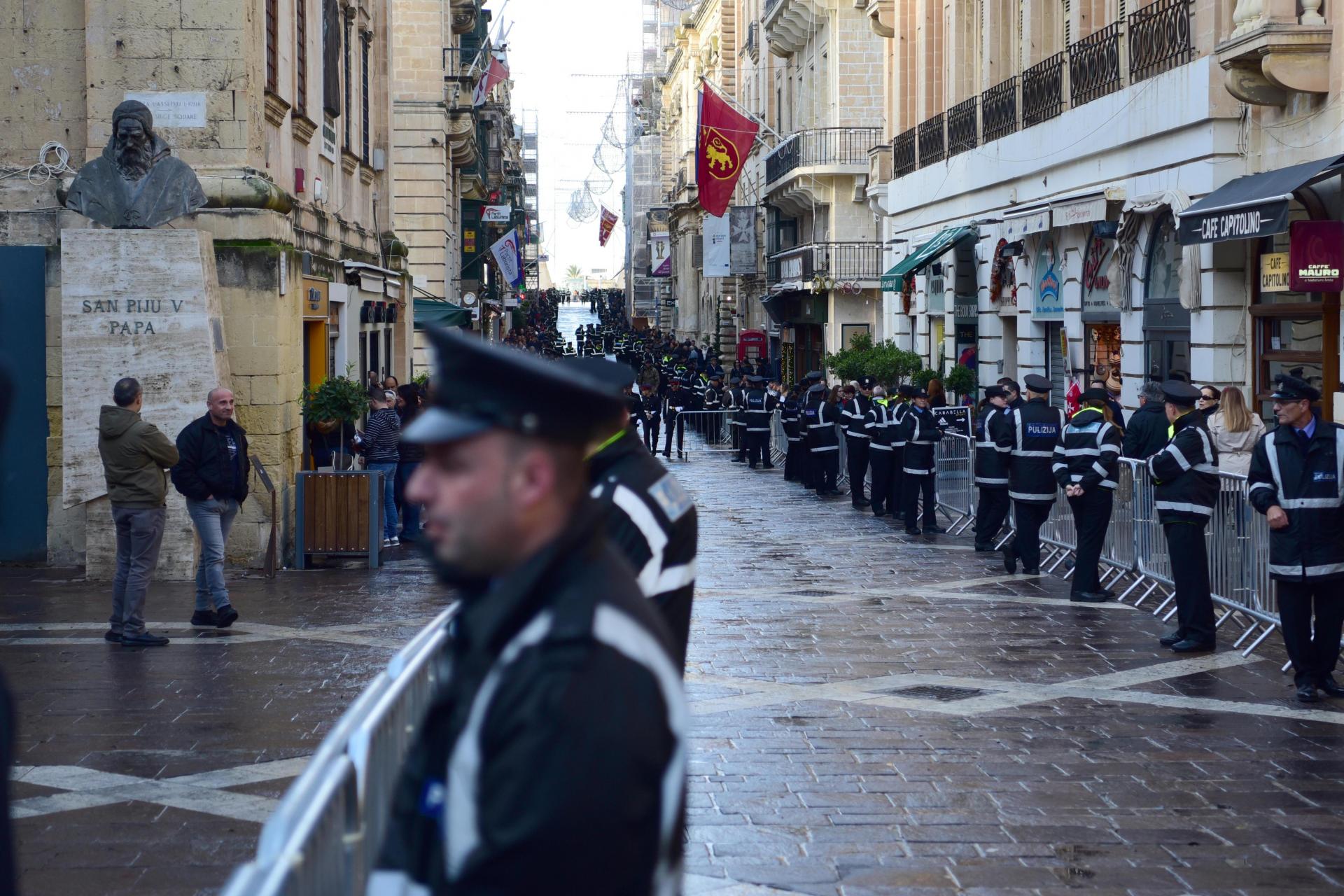