Prime Minister Robert Abela insisted on Tuesday that the current government is the only one that has the competence and credibility to lead the country forward.

Speaking in parliament in his reaction to the 2022 budget, Abela said that the present government had overcome all the challenges it faced, including COVID-19, and it had done so through investment in the people in a way that contrasted with the austerity of former Nationalist governments and laid the ground for rapid economic recovery.

He said the budget had shown where Labour’s heart lay, by focusing once more on the vulnerable people of society.

“We did not impose any new taxes or burdens, and we showed we are the movement of ideas and of the future, where Malta will be an example of dynamism, sustainability and fairness,” he said, adding that 'a new prosperity' was being built.

The prime minister focused most of his speech on an explanation of the budget measures, announced a week ago on Monday. Despite occasional digs as the Opposition, he did not react to promises made by Opposition leader Bernard Grech on Monday.

This, he said, was a budget by the people, for the people. The government had not promised everything to everyone, because that would have been irresponsible. But the government had shown it was still in a position to help Malta’s families in the hour of need.

The pandemic, he said, showed how the government could work together with the social partners in the interests of the country, and it was a model which the government intended to carry forward.

Thanks to the budget, Malta would next year see the biggest government investment ever in social security, the environment, the infrastructure, health and education.

Health and the environment

Abela hailed the way how the government had handled COVID-19, highlighting the vaccination programme and contrasting it with the 2009 swine flu outbreak, when, he said the then Nationalist government had needed to go begging to the Dutch for their excess vaccines because the contract it had drawn up would have seen vaccines arriving in Malta two years late.

No funds had been squandered on health, as the opposition had implied, he insisted. What would a PN government not have spent on health?

The prime minister underlined the importance his government places on the environment and insisted that improving the environment did not mean stifling economic growth and development.  But new, higher standards were needed. Those who thought they were above the law would see the law applied to them.

The prime minister went over the tax waivers announced in the budget to restore and protect urban conservation areas and said that those who to date felt it suited them better to buy an apartment on the periphery may now think differently.

He said the opposition lacked credibility when it spoke on the environment, more so since the Opposition leader’s right-hand man had handled the rationalisation exercise in 2006 which saw ODZ land the size of Siggiewi given up for development, mostly as apartment blocks.  The second mind behind the rationalisation exercise had been nominated by the opposition to sit on the Environment Authority and also decided that the power station should run on heavy fuel oil.

The prime minister referred to the proposals made by the government for a metro and the debate it had sparked. Malta, he said, could not be in a situation, 20 years down the line, where living standards deteriorated because of indecision now.

Questions had been raised about how the debris would be disposed of and calls had been made for land reclamation, he observed.

He said that independently of the metro, he believed that land reclamation was needed, immediately.

The government, he said, would also continue to generously help those who bought electric vehicles through a purchase grant and the existing waiver of the registration feed and the road licence for five years.

Abela said he looked forward to a future where Malta made more use of renewable energy and created jobs from new environmental technologies. 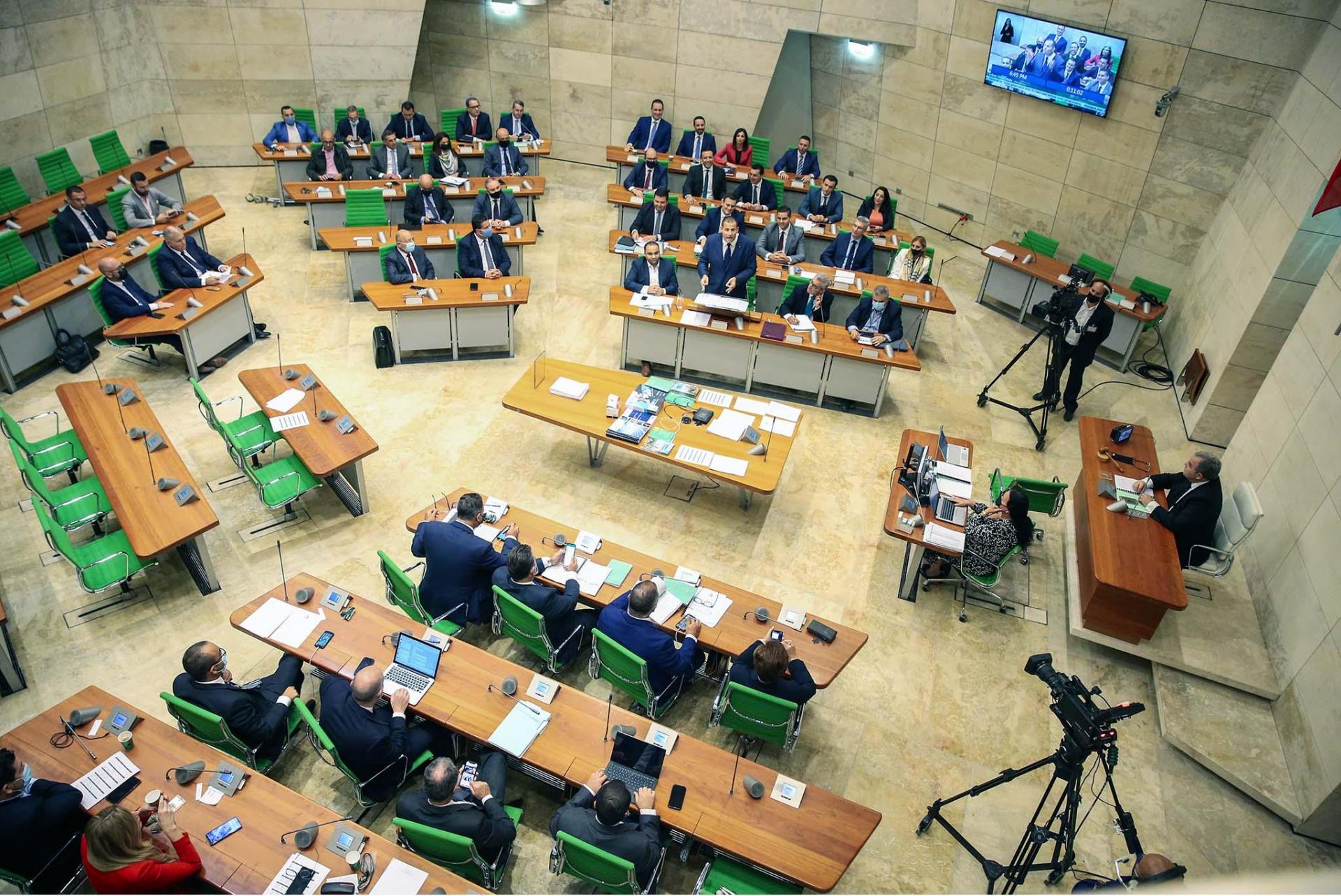 The government had managed to support and grow Malta’s economic and productive base despite the pandemic. Thanks to the generous wage supplement, workers were not laid off, unemployment now was at an all-time low and the number of gainfully occupied was at a record.

Had the government acted like the opposition, promising everything to everyone without costings and studies, Malta would have run out of funds and it would have been unable to cope with the pandemic.

The opposition had claimed Malta was in recession, he observed, and yet it was under PN governments that burdens were imposed on the people, the deficit and debt grew, and the country was downgraded three times by the rating agencies.

Living standards raised in the past few years

The people could see that living standards went up in the past few years. Still, the government would not rest on its laurels.

Referring to opposition complaints about the rising cost of living, the prime minister said it was not the government that was causing inflation. It had not imposed new burdens.

Everyone could see how international prices of oil, gas and energy had spiked abroad. But in Malta, power tariffs remained lower than the rest of the eurozone.  The situation would have been different had Malta continued to follow PN policies.

The ‘robbery’ in electricity bills, he said, was being committed by the Nationalist Party that had a pending €4m bill with state utility billing agency ARMS.

In his address, the prime minister stressed that the government would continue to work with businesses rather than demanding that they pay back the assistance given to them during the pandemic, as some countries were doing. Government support would continue, in order to generate economic growth. New tax credits would be given to businesses that invested their profits, among other schemes, notably for business transformation processes.

The opposition leader on Monday called for tax credits for companies that trained their workers, Abela said. Hadn’t he heard of the Skills Development Scheme?

Similarly, the opposition leader proposed a scheme to help property purchasers afford a deposit on their purchase. And yet this scheme already existed and had been enjoyed by hundreds, the prime minister said.

On education, the prime minister highlighted the raise in student stipends and measures that would allow students to work for more hours without losing their stipend.

He also highlighted the rise in pensions of at least €5 weekly.

The leader of the opposition had said a PN government would give pensioners a pension increase which was twice the cost of living adjustment. This, Abela said, would be a backward step since they were already being given more. The most vulnerable would see an increase of €15 next year. 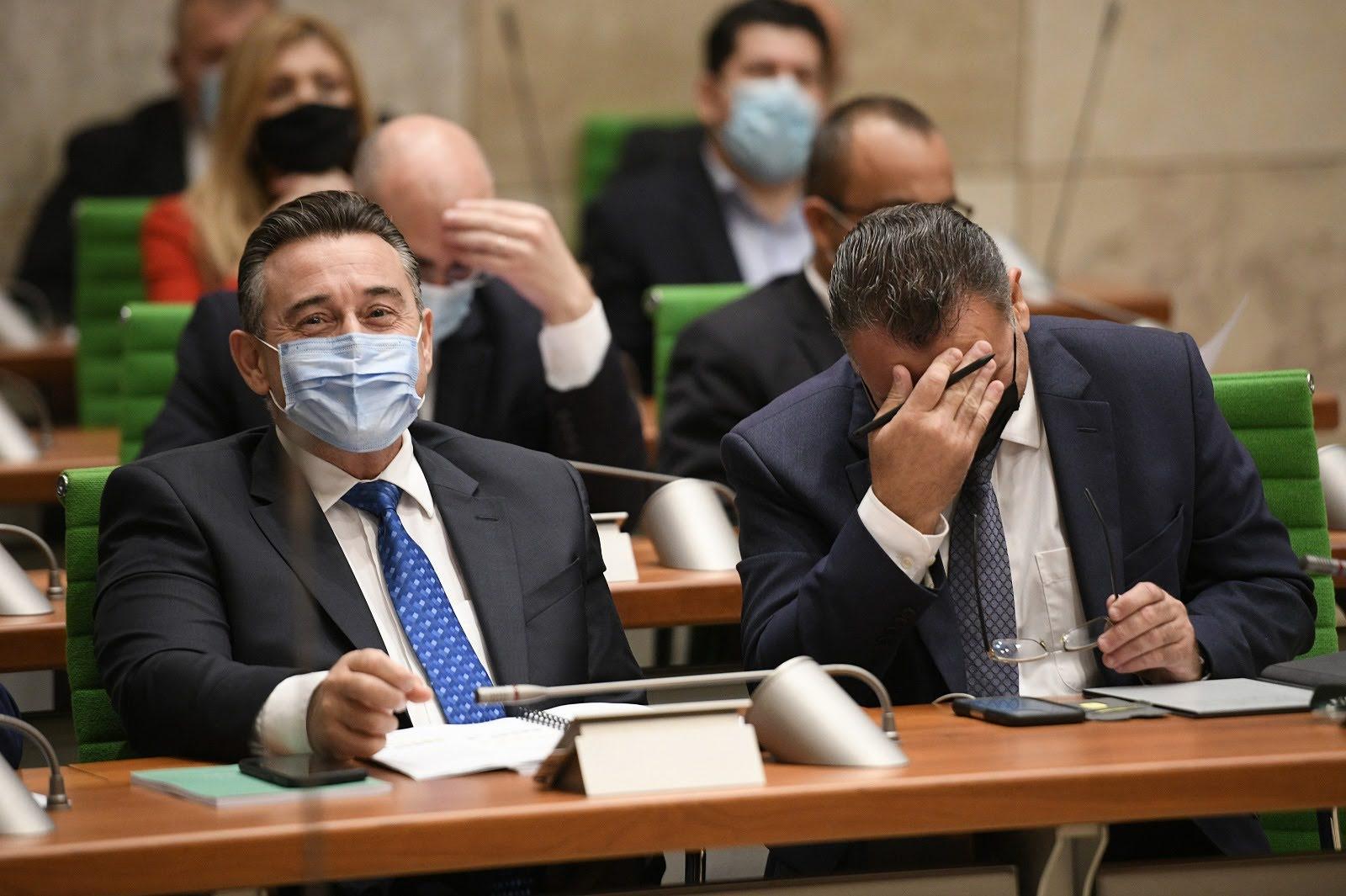 The prime minister said he wanted to see a country where everyone had an equal opportunity to progress. Some felt that one could only progress according to who he knew, not what he knew. He disagreed, Rather, he believed in the sense of fairness and society did too. The government was practising this principle as could be seen in the economic assistance distributed fairly with everyone.

In a reference to greylisting by the Financial Action Task Force, the prime minister said the past two years had seen unprecedented reforms in governance and the rule of law. The government would continue to work on achieving, as soon as possible, the action plan agreed with the FATF to demonstrate that this country was against money laundering.

He stressed that despite the Opposition's scaremongering, foreign companies were continuing to invest in Malta - 12 gaming companies and 15 financial companies applied for a licence this summer apart from other investments.

Describing the opposition leader as a classic serial tax evader who paid his taxes only when his back was against the wall, Abela stressed that the government would clamp down on tax evasion, but those operating regularly had nothing to worry about.

Concluding, Abela said Malta had adapted well during the pandemic but more challenges beckoned. If handled well, they would result in new prosperity for the country. The challenges included the infrastructure and traffic and intensive work would continue on the roads network along with other projects including an airport taxiway extension, a new power interconnector with Sicily, the installation of 1,200 vehicle charging points and a feasibility study for a hydrogen pipeline to the country.

Up to the people to decide...

In an obvious reference to the looming election, he said it was up to the people to decide whether the budget measures would be implemented. Everything depended on whether the people confirmed their confidence in the government.

"The challenges ahead and the changes which need to be made are too important to be left in the wrong hands," he said.  Those in the PN could not even agree among themselves, let alone unite the country and govern serenely.

Labour had shown that, despite it being in government, it could renew itself. It showed itself willing and able to listen to society and the people's priorities were always put before the party's.

He urged all to come forward and contribute to the country. The pandemic showed how the country needed a competent government at the helm, and the sacrifices of the past should not be in vain, Abela stressed.

The people knew where they stood with this government and they would continue to build a country that was dynamic, sustainable and fair. They would also be creating 'a new prosperity' for their children, he concluded.