Robert Abela's new cabinet shows government has "turned a new page" he said after he demoted several high profile former ministers, promoted others to bigger portfolios and brought in some new faces.

The prime minister said his new team was a mix of "experience and new talent".

Edward Zammit Lewis and Carmelo Abela, who were the subject of controversy in the past, were among the senior ministers left out of Abela's cabinet unveiled on Wednesday.

And Ian Borg, the 36-year-old former transport and infrastructure minister, has been appointed to the foreign affairs role, which is often reserved for politicians nearing retirement. 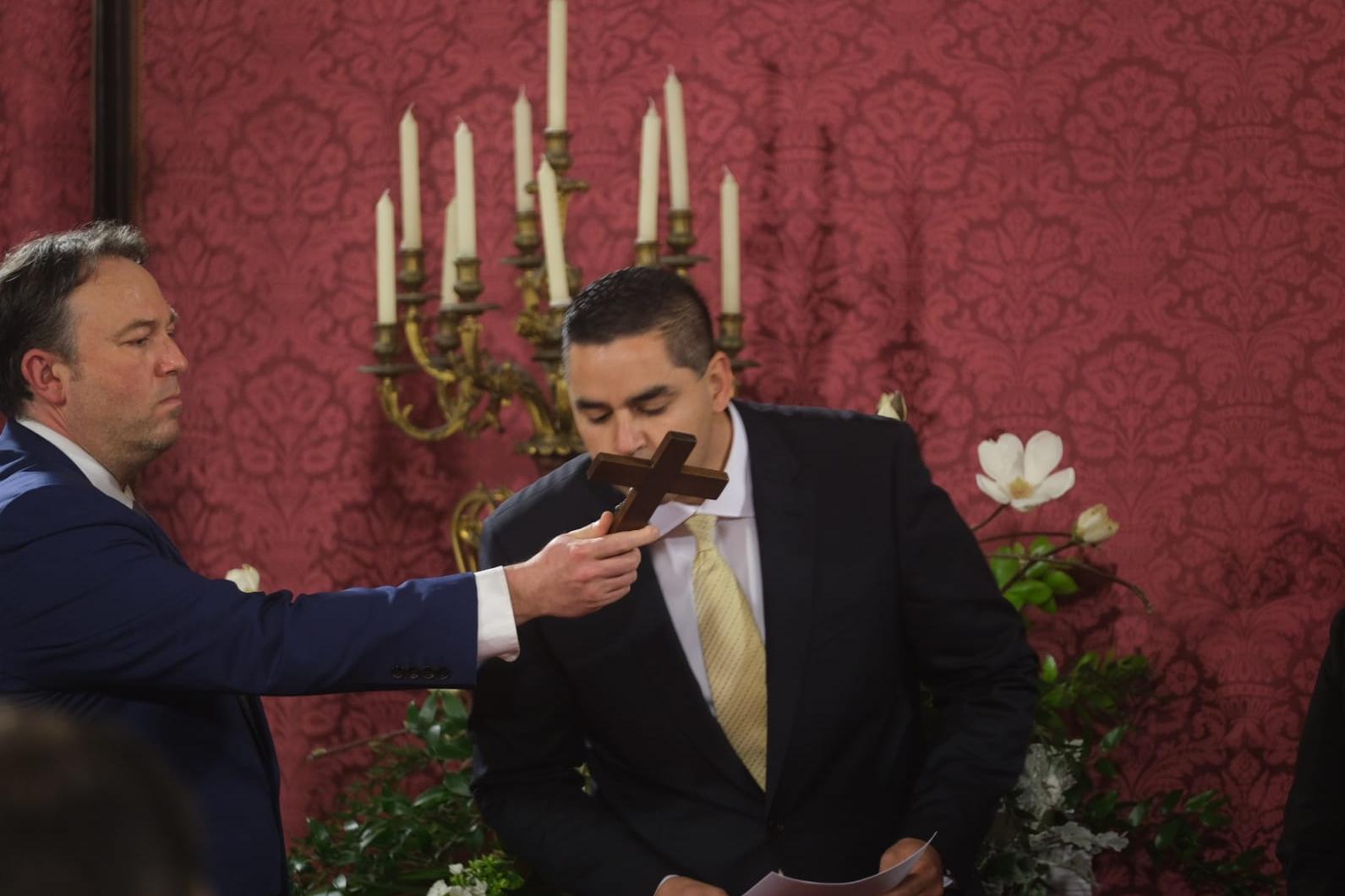 Ian Borg is sworn in as foreign minister in a surprise appointment. Photo: Jonathan Borg

But there were promotions for others, including Miriam Dalli, who takes on a super ministry in charge of environment and energy. Several other ministries remain in the same hands.

Asked whether calls for the resignations of Zammit Lewis and Carmelo Abela had influenced his decision not to include them in his cabinet, the prime minister said he had considered various factors before coming to a final decision.

“When I came to make my decision, I took various factors into consideration," he said. "The government has turned a new page."

Robert Abela speaks to the media after his new cabinet was sworn in. Video: Matthew Mirabelli

Zammit Lewis had come under fire for his links to Yorgen Fenech, the businessman accused of conspiracy to murder journalist Daphne Caruana Galizia. Carmelo Abela meanwhile, was last year questioned by police over a botched HSBC bank heist, to which he denies any involvement.

Asked why he had chosen to remove Borg from the infrastructure ministry, Abela said the government was seeking to solidify its foreign policy and that Borg was the right man for the job.

“Ian has shown time and again that he is capable of delivering the projects he is entrusted with and delivering them well,”Abela said. “Our foreign policy is an area I believe we have to focus on strongly and I believe that Ian has all the necessary qualities to strengthen the sector.”

Overall, the prime minister said he believed he had made a “balanced choice between experience and new blood” in his cabinet choices and that this augured well for the government’s work ahead. 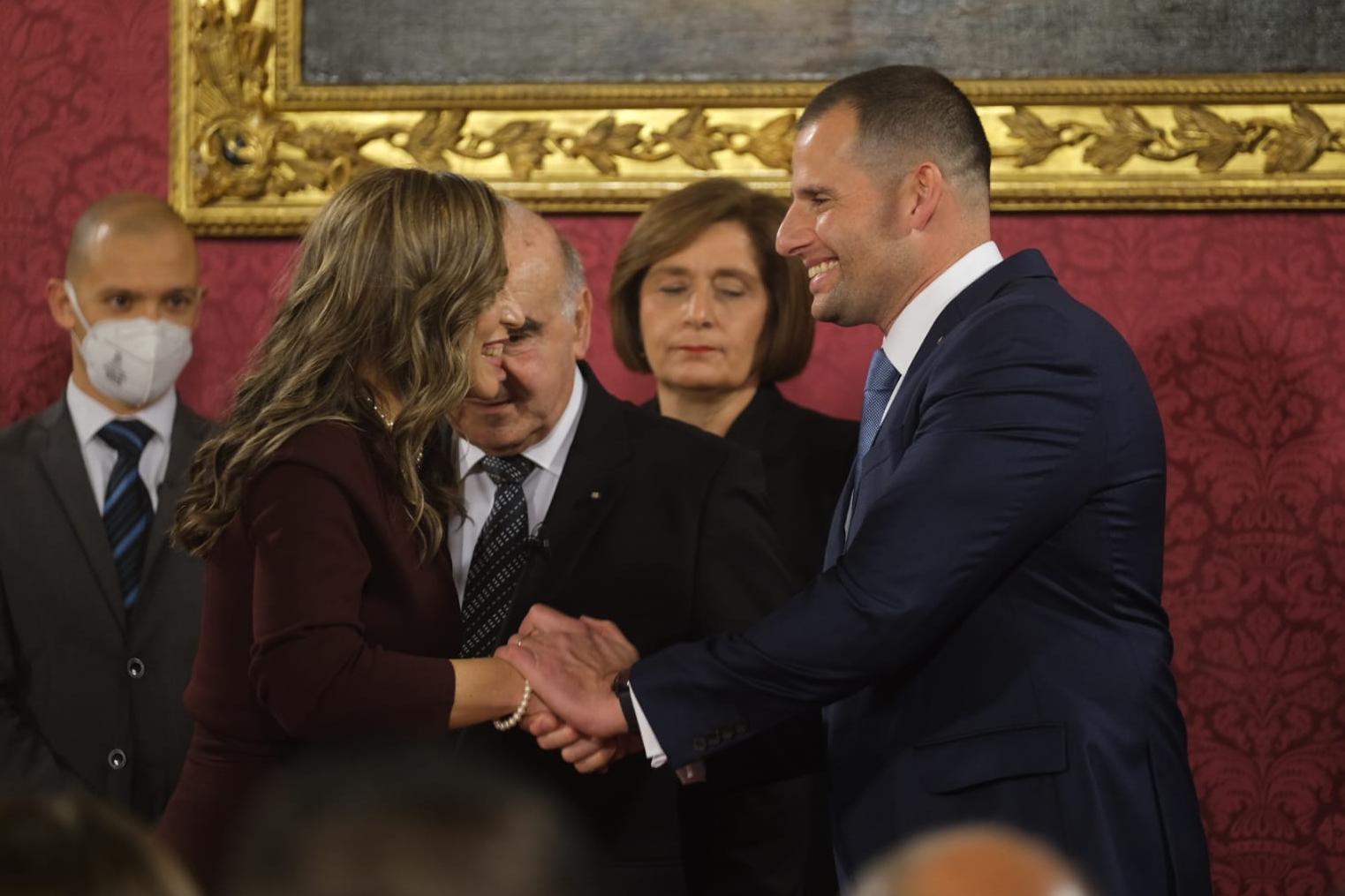 He said the cabinet would expand further, with two new posts to be appointed once casual elections and the female quota process to increase parliament's representation of women is concluded.

Just three of the 22 posts in cabinet are occupied by woman including Dalli, Julia Farrugia Portelli as minister for inclusion, and new MP Alison Zerafa Civelli who is parliamentary secretary for local government.

Meanwhile, asked whether it was “unjust” to co-opt Randolph Debattista into parliament over candidates who had actually put themselves forward for election, the PM said it was not a lack of faith but a drive for “renewal” that informed the choice.

“The people gave us a strong mandate to lead and this means we cannot stop our efforts at renewal, neither at party level nor as a government,” he said. 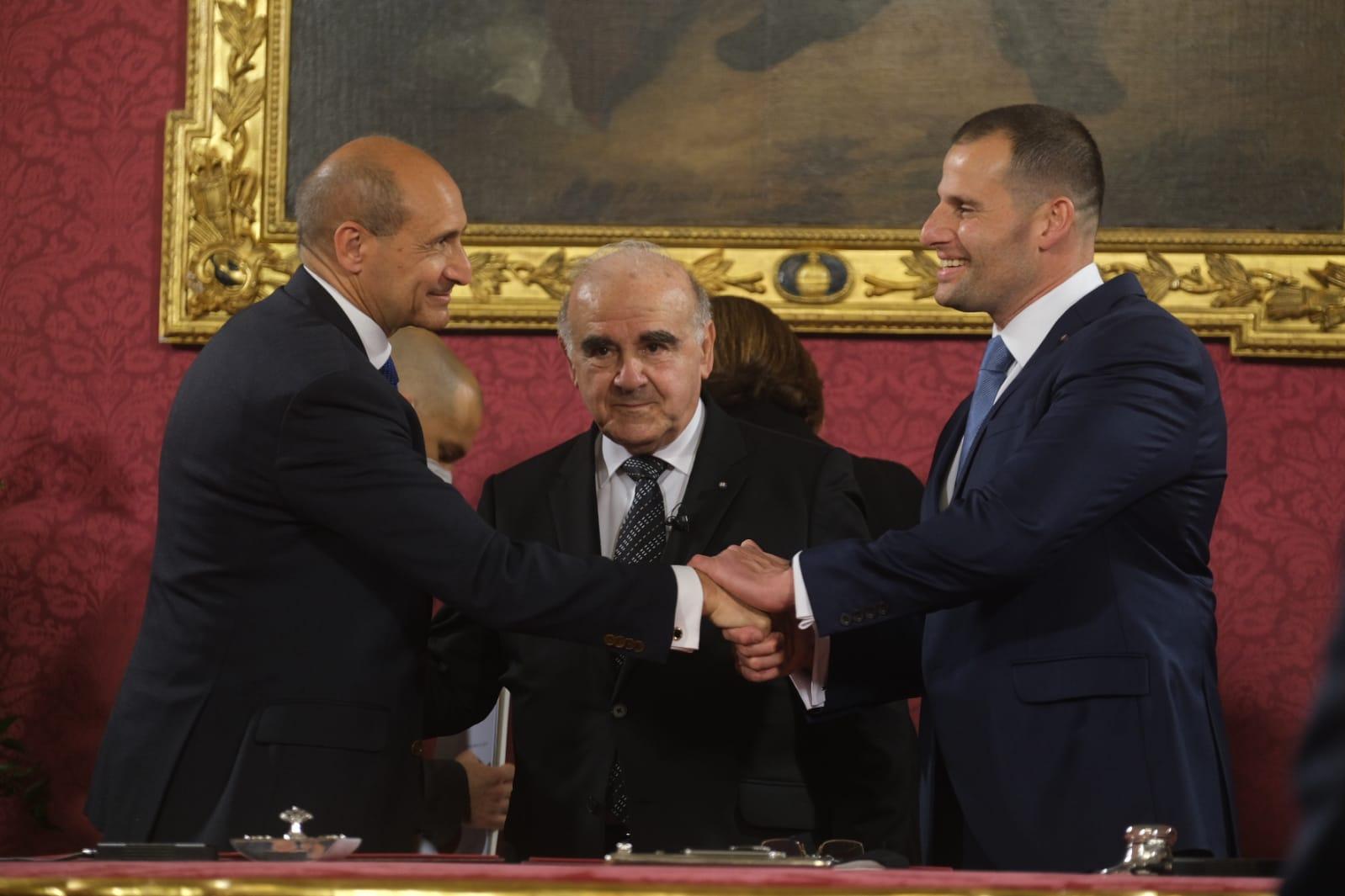 “Randolph is a competent person who has worked both locally and internationally and I believe he will add value to our parliamentary group.”

Abela added that changes to IVF law would be making the government's first priorities in implementing new legislation.

When asked how his government planned to move forward with its policy on the golden passports, he said that in recent years efforts had been made to strengthen due diligence on applicants but that an open dialogue was ongoing with the European Commission on the matter nonetheless.

Former prime minister Alfred Sant had written in a Times of Malta opinion piece that the passports for investments programme should be phased out.