Malta’s new cohort of ministers, freshly appointed by Prime Minister Robert Abela, is one of the youngest in recent history.

Excluding parliamentary secretaries, the average age of Cabinet sits at 46.5, compared to the previous Cabinet’s 50, while both the 2017 and the 2020 Cabinets share a median age of 45.

Joseph Muscat’s 2013 ministerial team had an average age of 53 and a median age of 56. When then 34-year-old Owen Bonnici, was appointed Justice Minister in 2014, he was the youngest.

In 2017, Ian Borg was the youngest member of Cabinet, appointed Minster for Transport, Infrastructure and Capital projects at age 33.

Konrad Mizzi, Jose Herrera and Edward Zammit Lewis were all under the age of 40 at the time they were appointed Cabinet positions within that government. 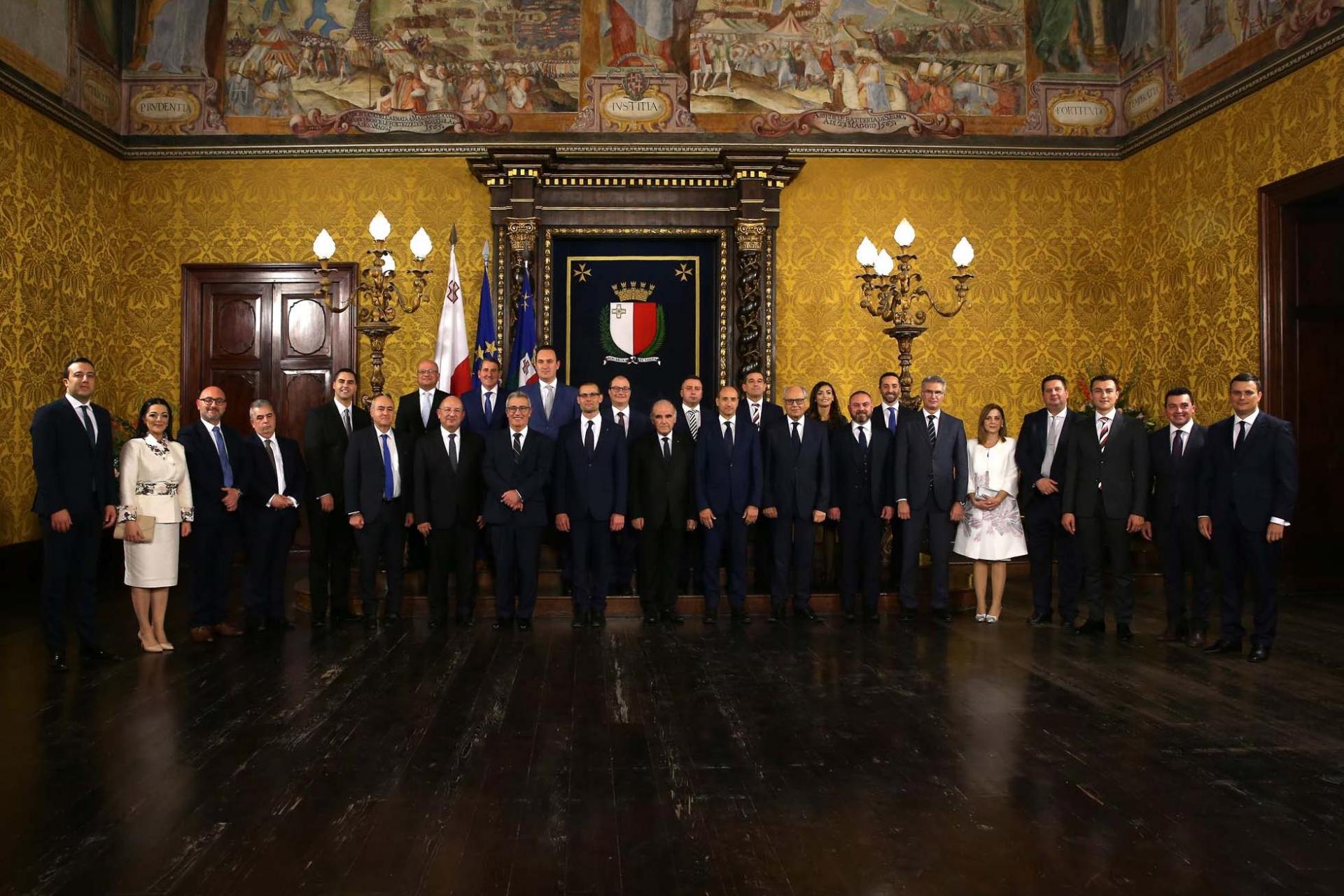 The 2008 government formed by Lawrence Gonzi had an average age of 49 and a median age of 51. Only Chris Said and Tonio Fenech were under 40 years old at the time of their appointment.

Clint Camilleri, 31, and Byron Camilleri, 32, have been appointed as some of Malta’s youngest ever ministers.

Clint Camilleri, who apart from Justyne Caruana is the only other Gozitan in Cabinet, was first elected mayor of Qala in 2012 and first elected to Parliament in 2017.

He had his previous portfolio as Parliamentary Secretary expanded into a Ministry for Agriculture, Fisheries, Animal Rights and Consumer Rights. 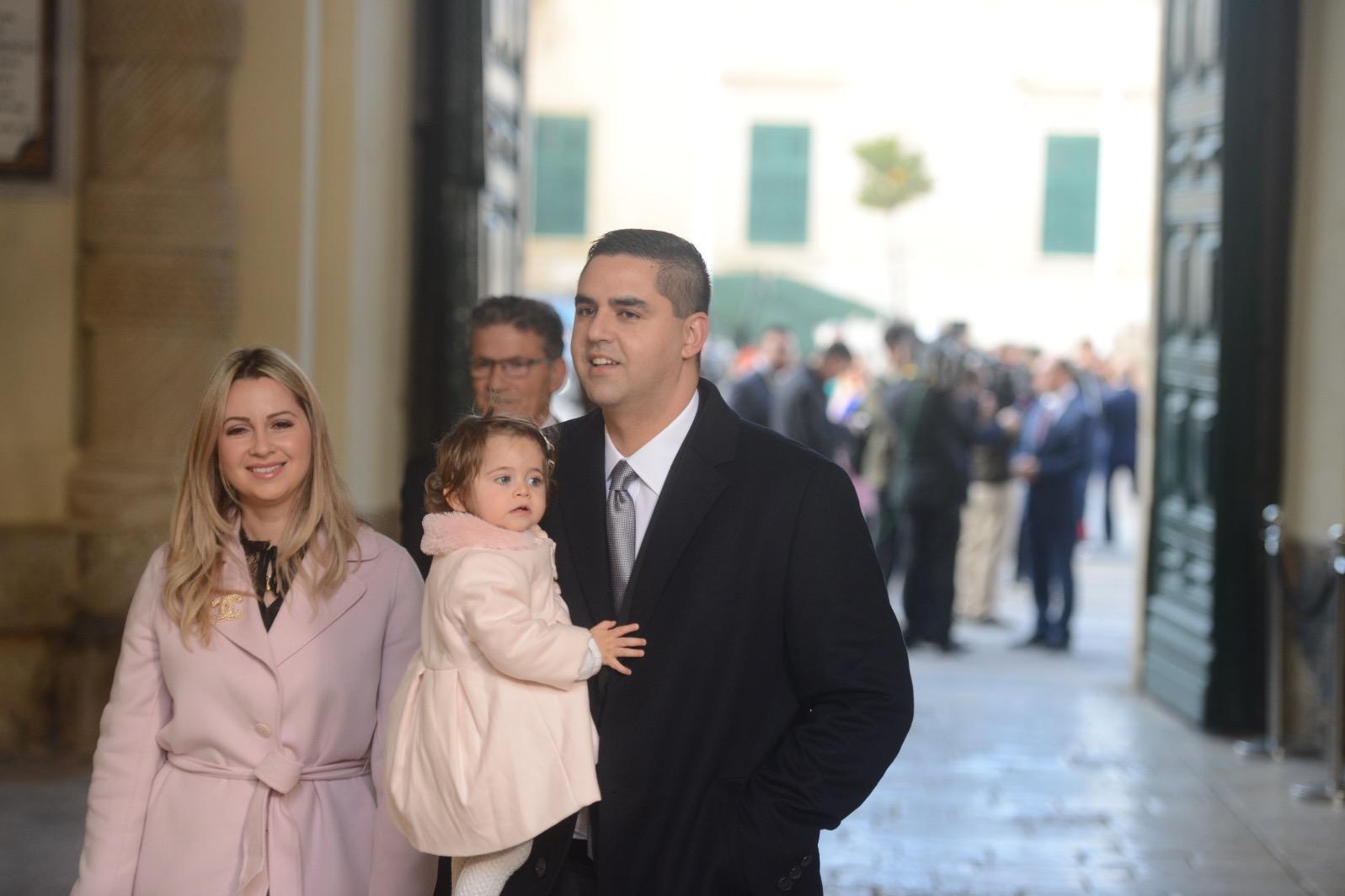 Ian Borg and family arrives for the swearing-in ceremony. He will retain his position as Infrastructure Minister. Photo: Jonathan Borg

Byron Camilleri, previously the Labour Party whip, has been given the Home Affairs Ministry. Mr Camilleri was elected the fourth mayor of Fgura when he was 23 years old and was reconfirmed for a second term as mayor at the Fgura Local Council.

He was first elected into parliament in 2017 and has since risen swiftly up the ranks, now entrusted with a large portfolio that includes the police and the armed forces.

Dr Abela’s trust also extended to the returning younger MPs, with ministries also being given to Ian Borg, Silvio Schembri and Owen Bonnici, all three of whom are still under the age of 40.

Aaron Farrugia, who has also been made a minister for the first time, is a whisker older than that trio, having turned 40 on New Year's Day.

The oldest member of Cabinet is Edward Scicluna, who at 73, has retained his portfolio as Finance Minister since 2013. 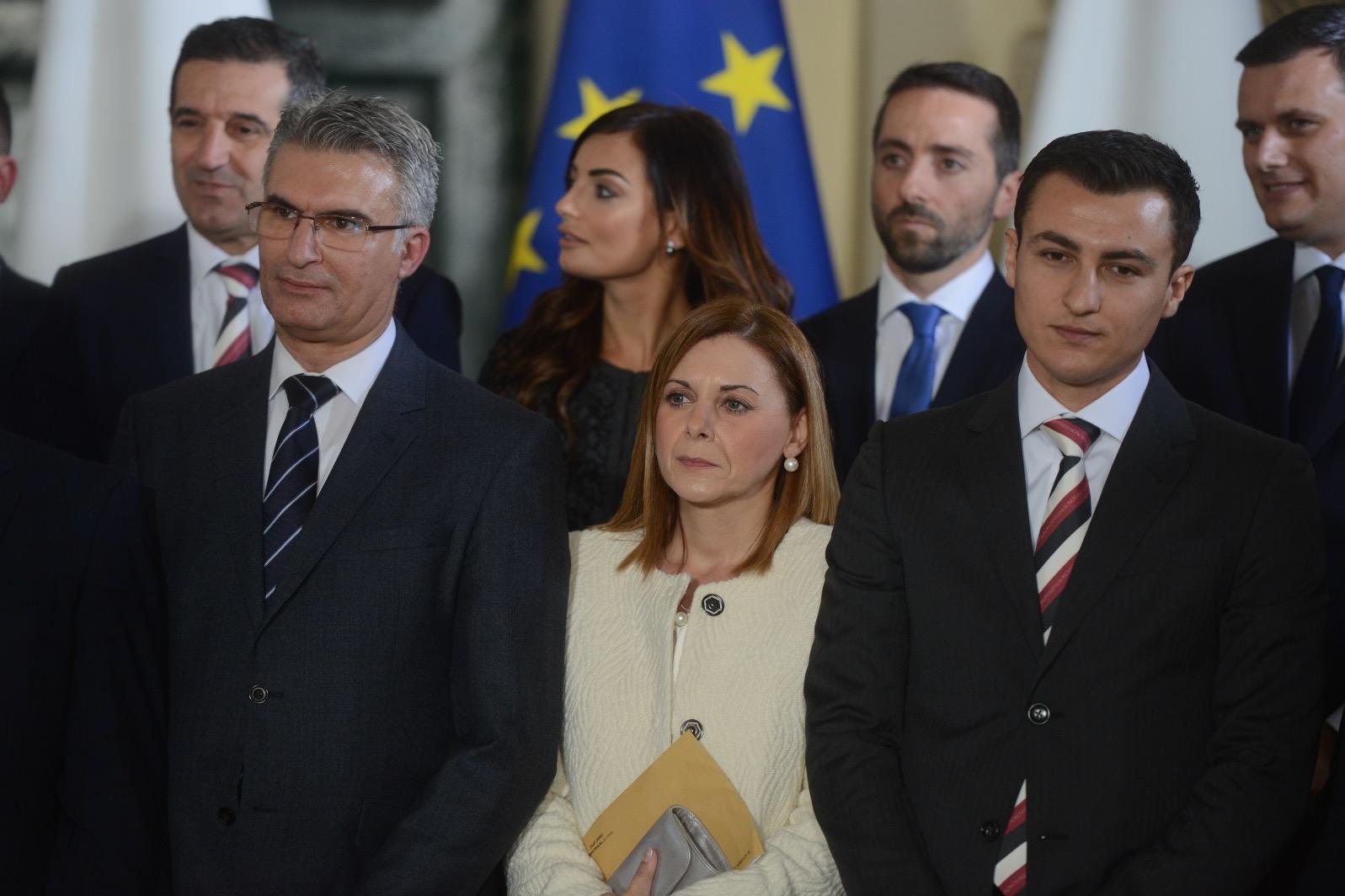 Just three of the 26-strong Cabinet are women: Rosiane Cutajar, above, is a parliamentary secretary, Justyne Caruna, remains Gozo Minister, below and Julia Farrugia Portelli has been appointed Tourism Minister (not pictured). Photo: Jonathan Borg

A look at the gender divide in Cabinet shows that women are still under represented in politics in Malta. The new Prime Minister has also kept a trend, that has been ongoing since 2003, of appointing at least two women as ministers in his cabinet.

Dr Abela has in fact given portfolios to all three of the Labour Party's women MPs.

In 2017, the Labour Party had launched a ten-year initiative called LEAD meant to encourage more women to contest elections and increase female representation in parliament.

According to LEAD’s website and Facebook page, the Labour Party hopes to ensure that 35 per cent of its candidates in 2022 are women and to raise that number to 50 per cent in 2027.