A number of olive trees uprooted to make way for the controversial Santa Luċija road project were yesterday trucked to a remote field in Dingli and replanted.

It is not known who owns the field or how it was chosen but a government spokesman assured The Sunday Times of Malta that it would only be a temporary home.

The trees would be properly looked after and taken back to Santa Luċija once a new promenade there is completed, he said.

The  trees were seen being unloaded by a crane and replanted in the field off a road between Dingli and Rabat. A man approached the Times of Malta photographer and told him to stop taking photos.

He said the field – in Triq tal- Kalkara in an area known as Ta’ Manduka – was “private property” and that 15 of the Santa Luċija trees were being replanted there.

The Sunday Times of Malta has found out that the site in question has a permit issued in the name of Anthony Sammut for the construction of reservoirs, a pump-room, the installation of a traditional wind-driven pump and a greenhouse. 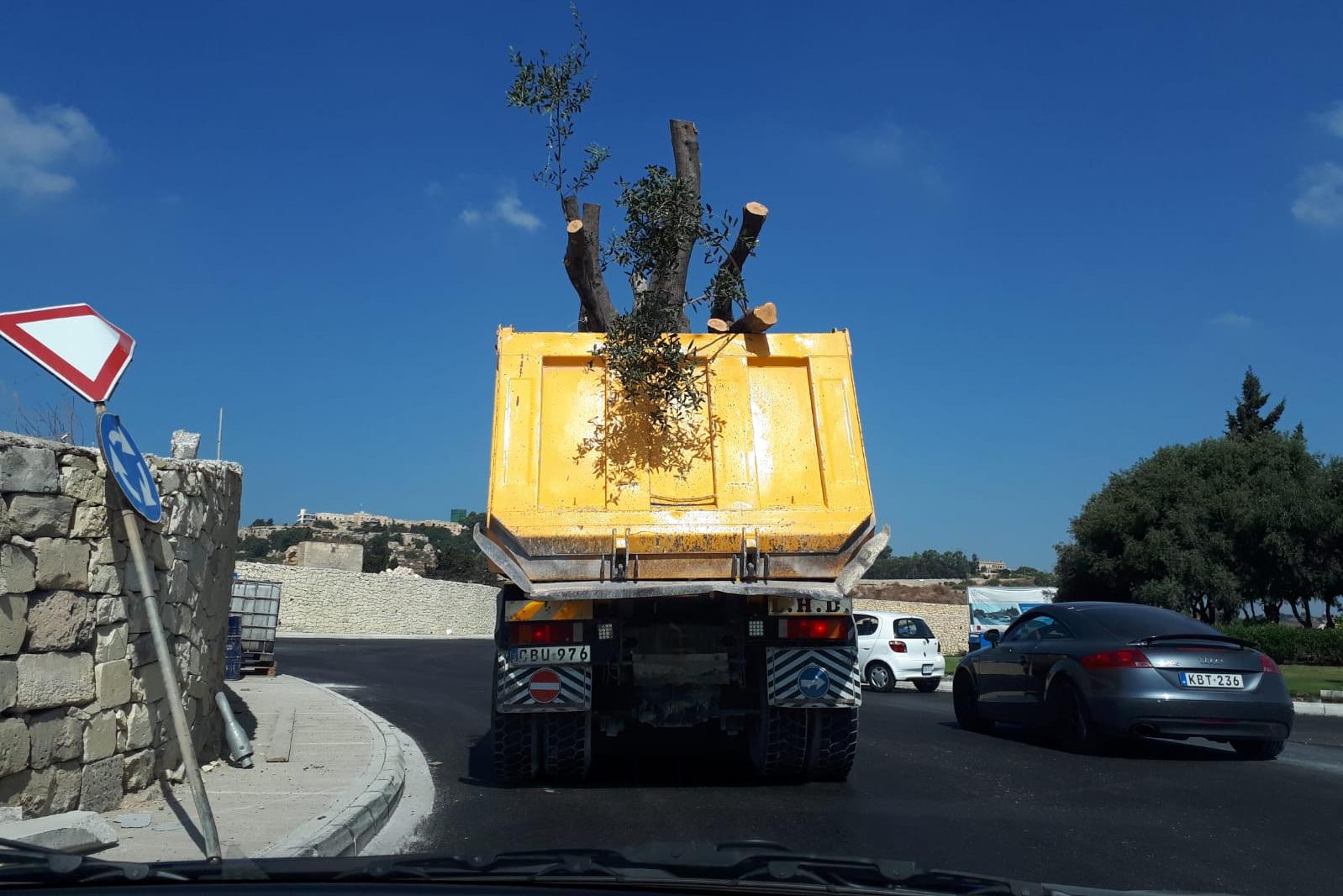 Trees being taken from Santa Luċija to their temporary home in Dingli for transplantation.

Some 295 trees are being uprooted from Santa Luċija to make way for a €20 million underpass project, which the government hopes will ease traffic. A further 250 will transplanted to another location.

When contacted, a spokesman for Infrastructure Malta explained that the trees had been taken to Dingli temporarily until the new promenade in Santa Luċija is completed. He did not provide details about the new location.

He said the people contracted to plant the trees had already transplanted 37 olive trees to the promenade area. However, not all the trees could immediately be relocated there before the site is finished, so between 15 and 20 trees “are being kept in a temporary location until they can be taken back  to the locality when the promenade works are ready”.

The spokesman said the olive trees will continue to be watered and taken care of until their final location is ready.

He added that, where possible, transplantable trees will remain in Santa Luċija, planted in areas approved by the Planning Authority.

As an additional environmental contribution, Infrastructure Malta will be planting another 1,257 trees at the Majjistral Park, Mellieħa and the Magħtab Park, Naxxar.

No explanation was forthcoming on how the Dingli field was chosen and how many other private fields were going to have trees replanted there.

The removal of hundreds of trees for road projects has spurred environmentalists into action and led to a flurry of protests. Last month, more than 1,000 people demonstrated against plans to chop down 594 trees to make way for the Central Link road widening project between Rabat and Attard.