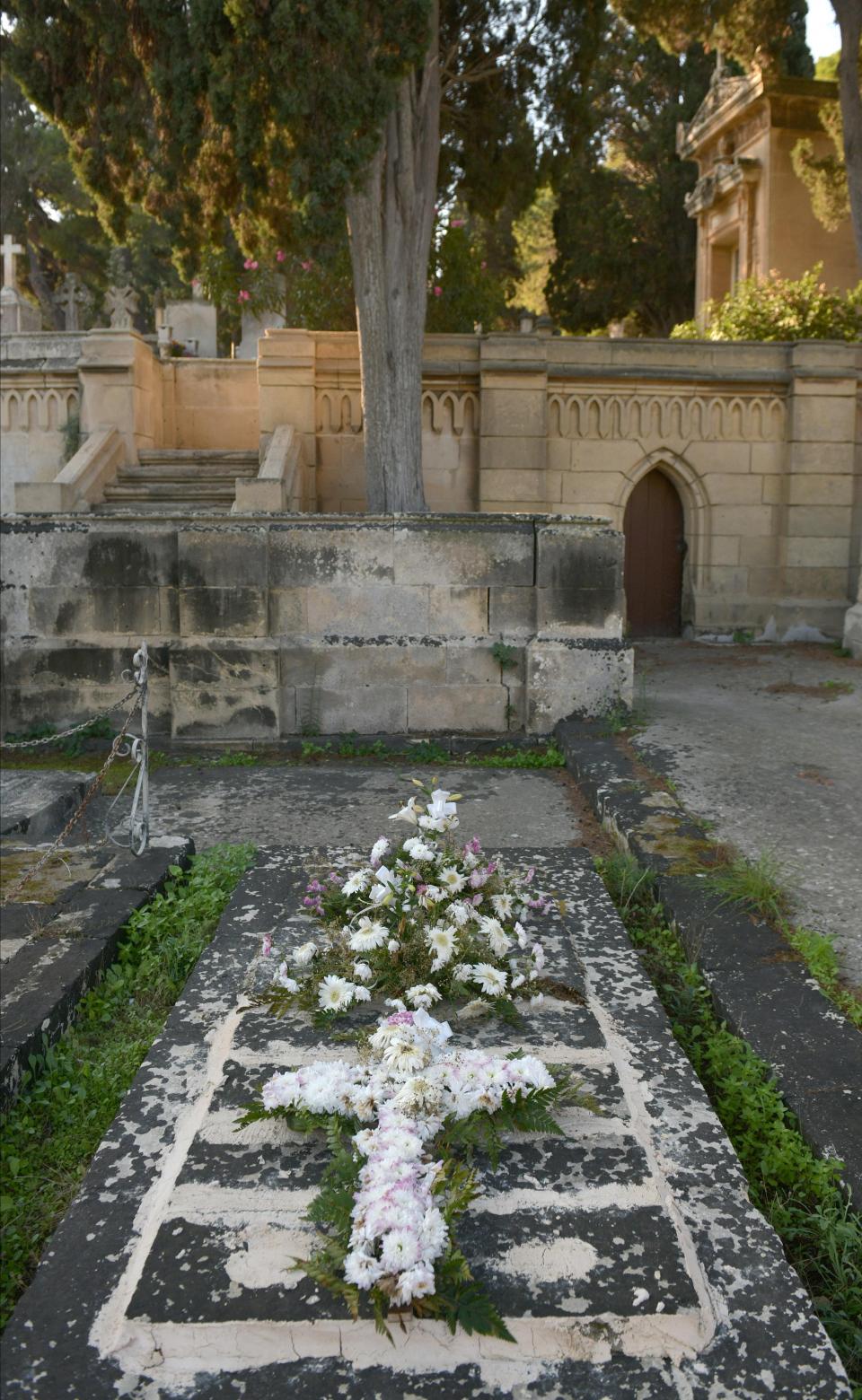 Designed by architect Emmanuele Luigi Galizia and built entirely out of limestone, the cemetery is currently undergoing the first major inauguration in its 150-year-old history. Years of neglect have taken their toll on the site, but there is still much to see.

Here are seven things you probably did not know about Malta's biggest cemetery.

1. Other religions were not welcome

At the time it was built, the Addolorata was reserved for Roman Catholics from Valletta, Floriana and Cottonera. In the early 1960s, Prime Minister Dom Mintoff opened up the cemetery to burials of anyone, of any religion, in what became known as the Six Points of Mintoff to reduce the Church’s influence and privileges in Malta.

2. Nobody wanted to use it

At the time it was built, bodies were buried in churches – except for cases of contagious illnesses like cholera and the plague when they were buried in outdoor designated burial grounds.

But initially, people were reluctant to bury their loved ones outside a church. Although inaugurated in 1869, the first burial was made in January 1872.

3. The first burial was technically ineligible

The first person to be buried there, in common grave number 1, was Anna Magro, a pauper and a widow with no relatives.

Ms Magro lived in Mosta and was originally from Naxxar.

At the time, the cemetery was only for people from Floriana, Valletta and Cottonera. Ms Magro's burial was authorised by the cemetery on the grounds that she had died in the Floriana Hospital.

The following day, a six-month old baby boy who died from meningitis was also buried there. 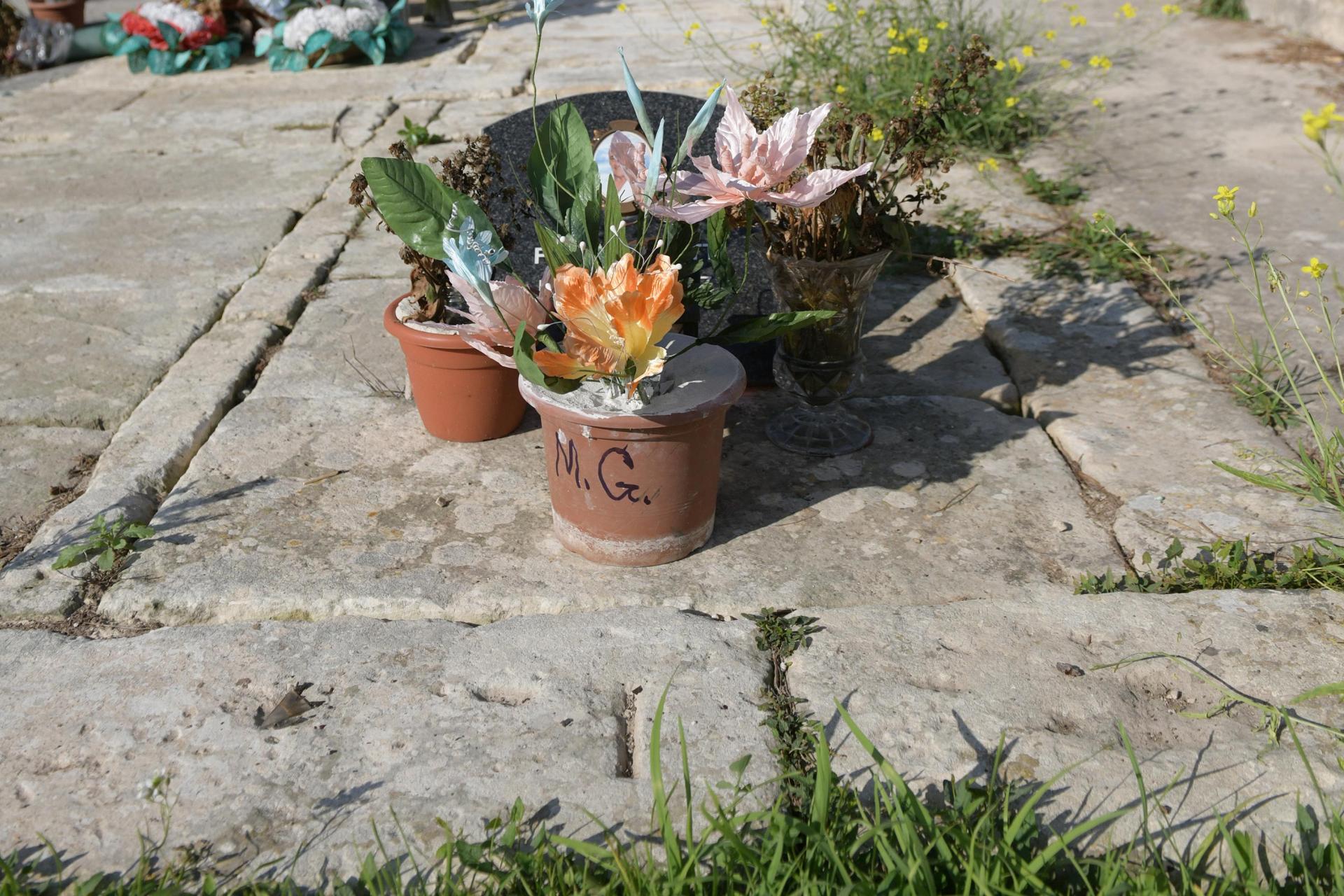 4. Where do remains end up?

Ever wondered what happens to remains once the common graves are cleaned? They are put into ossuaries: large underground rooms within the cemetery itself. 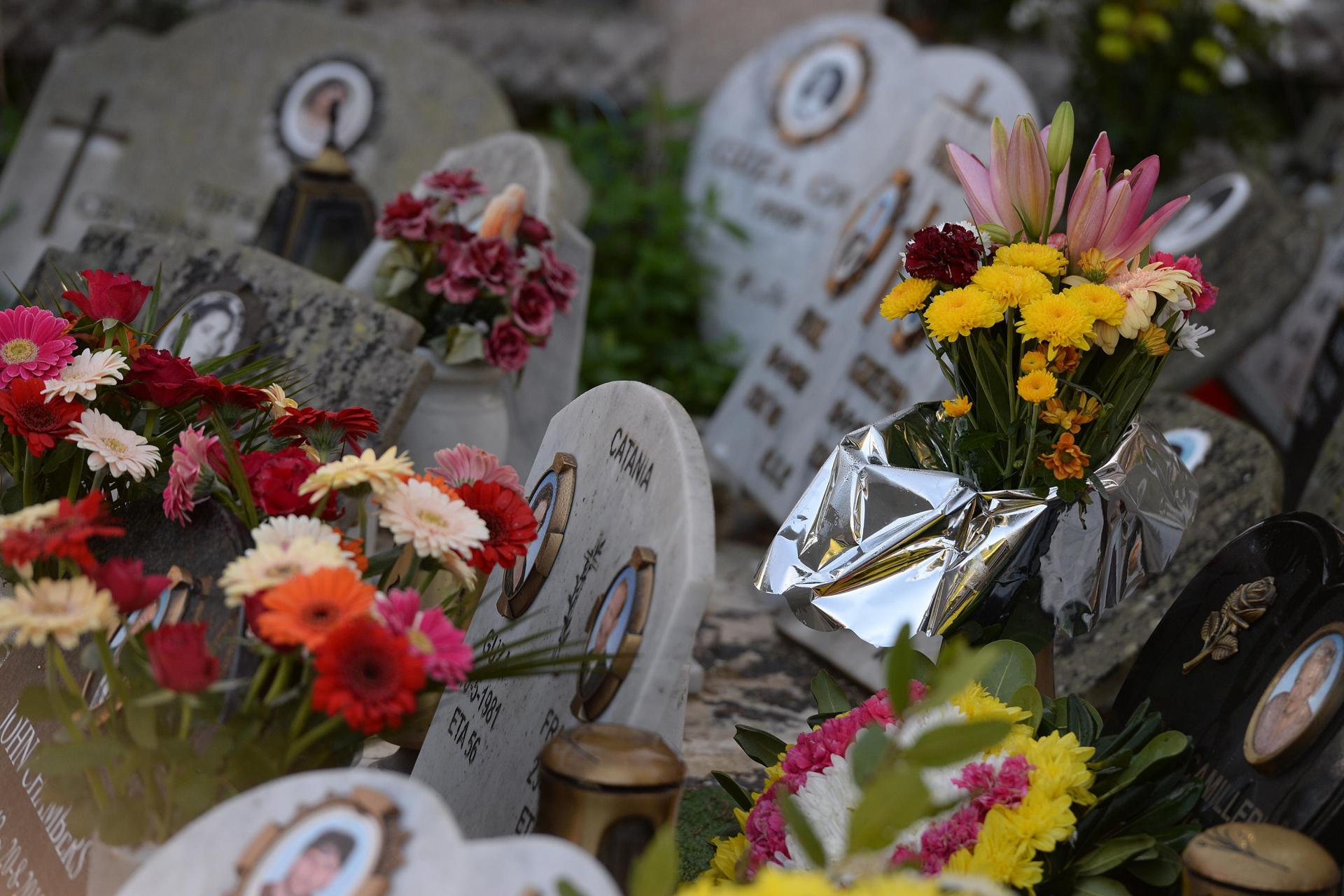 Also, a grave cannot be opened before a year after a burial if it carries no slabs from the inside. This means that, if a family member dies within a year of another member of that family, they have to be buried temporarily elsewhere and then moved to the respective grave after two years – which is the minimum time period when exhumations are allowed.

5. Until 45 years ago, the 'profane' were buried separately

Until 1972, people considered to have lived an immoral life – like those who had extramarital affairs, committed suicide or babies who died before being baptised – were buried in an area known as the Profane Section. 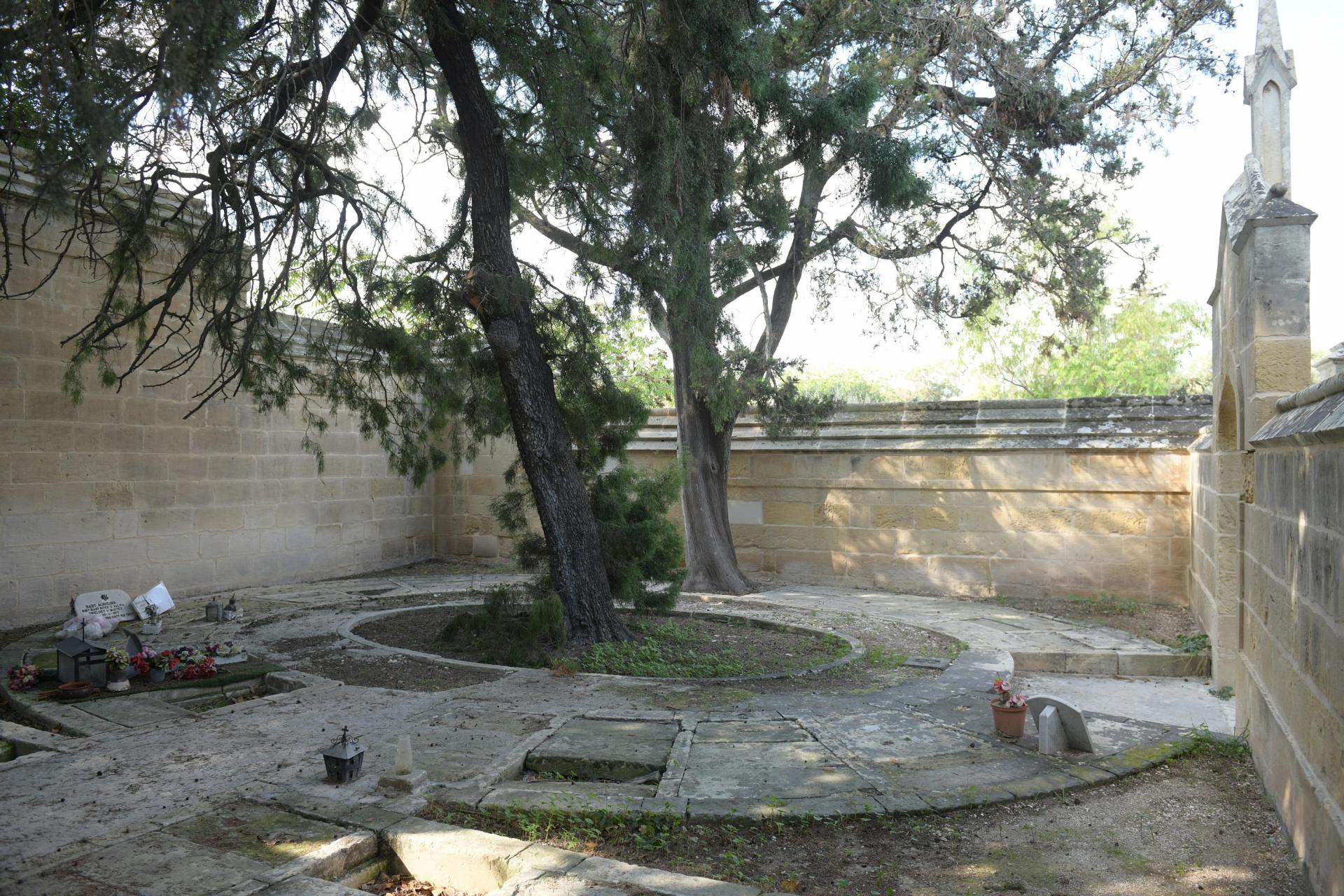 With an entrance of its own, the section happened to flank a rubbish dump. People soon started calling it “Il-Miżbla”. Burials there could only take place in the darkness of night and family members and priests were banned from attending. Restored this year, the area still has bitter hints of a painful past with fresh flowers and soft toys laid on the graves of babies buried there.

6. Look out for some haunting graves

A walk throughout the cemetery will reveal some interesting, even haunting, monuments and graves. Like the grave of Giuseppe Gouder, an 18-year-old who died in a tram accident in Għajn Dwieli on September 30, 1905. A weeping angel tells the story of 19-year-old Giulio Mifsud, born Benghazi, who died on February 15, 1942 – during WWII - “to save the life of his friends”. 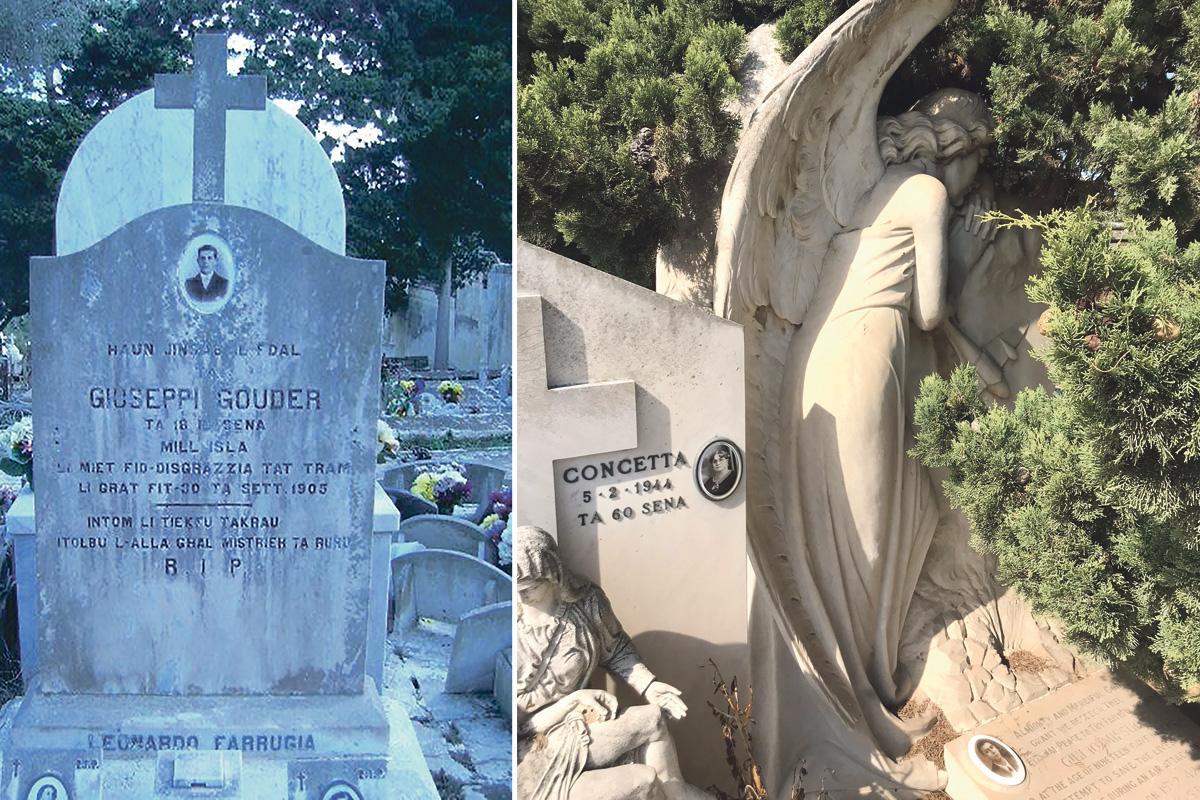 The grave of Giuseppe Gouder (left) and Giulio Mifsud (right).

Famous among visitors are the graves of eight-year-old murder victim Twanny Aquilina who was partly beheaded with a breadknife in Valletta on August 23, 1960. His mother Giga was accused of the murder but always denied killing her son. The child wears his Holy Communion outfit in the commemorating monument. 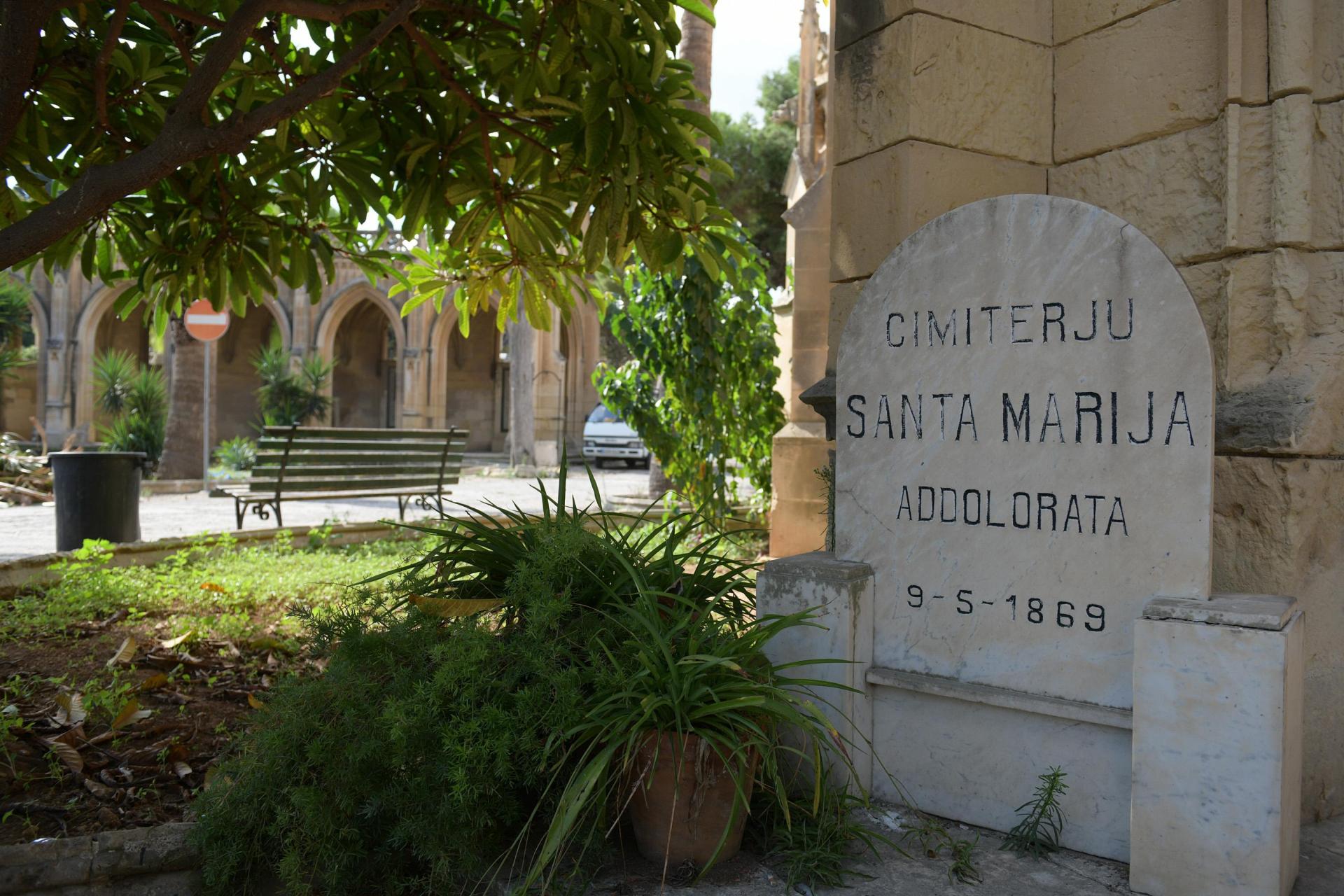 When the cemetery first opened, nobody wanted to be buried there. Photo: Matthew Mirabelli

Another famous grave is that of Fr Alfred Gatt – a most sought confessor and counselor believed to have the ability of healing and knowing the unknown – who died on March 26, 1937, aged 64. Also interesting is the life-size elegant statue of Italian born Maria Paleri, who died on in December 1889, aged 33.

7. Friars ran the cemetery until recently

The current main office was actually a convent of the Franciscan Capuchin Friars who ran the place and lived there until 1979. That year, they moved out of the convent for health reasons since living in a valley came with a range of health issues, but continued administering the cemetery until 2010 when they gave up the role due to dwindling numbers.