Six adults and two children who were part of a group of 120 migrants rescued on Wednesday night, were landed in Malta on Thursday.

They are the first migrants to be brought to Malta since the government informed the EU on April 9 that no migrants would be allowed in since harbours had been closed owing to the COVID-19 pandemic.

The decision to allow the eight in is understood to have been taken for humanitarian reasons. Some of the adults are the parents of the migrant children and one woman is pregnant. Another small group rescued from the same boat is expected to be brought in for the same reason in the coming hours.

The remaining migrants are being transferred to a Captain Morgan tourist launch chartered by the government to hold them offshore. It is the second such vessel to be chartered. The first has been holding 57 migrants just outside territorial waters for almost a week.

While citing COVID-19 as the reason for closing the ports, the government has sharply criticised the European Union after commitments by member states to take migrants landed in Malta were not honoured. 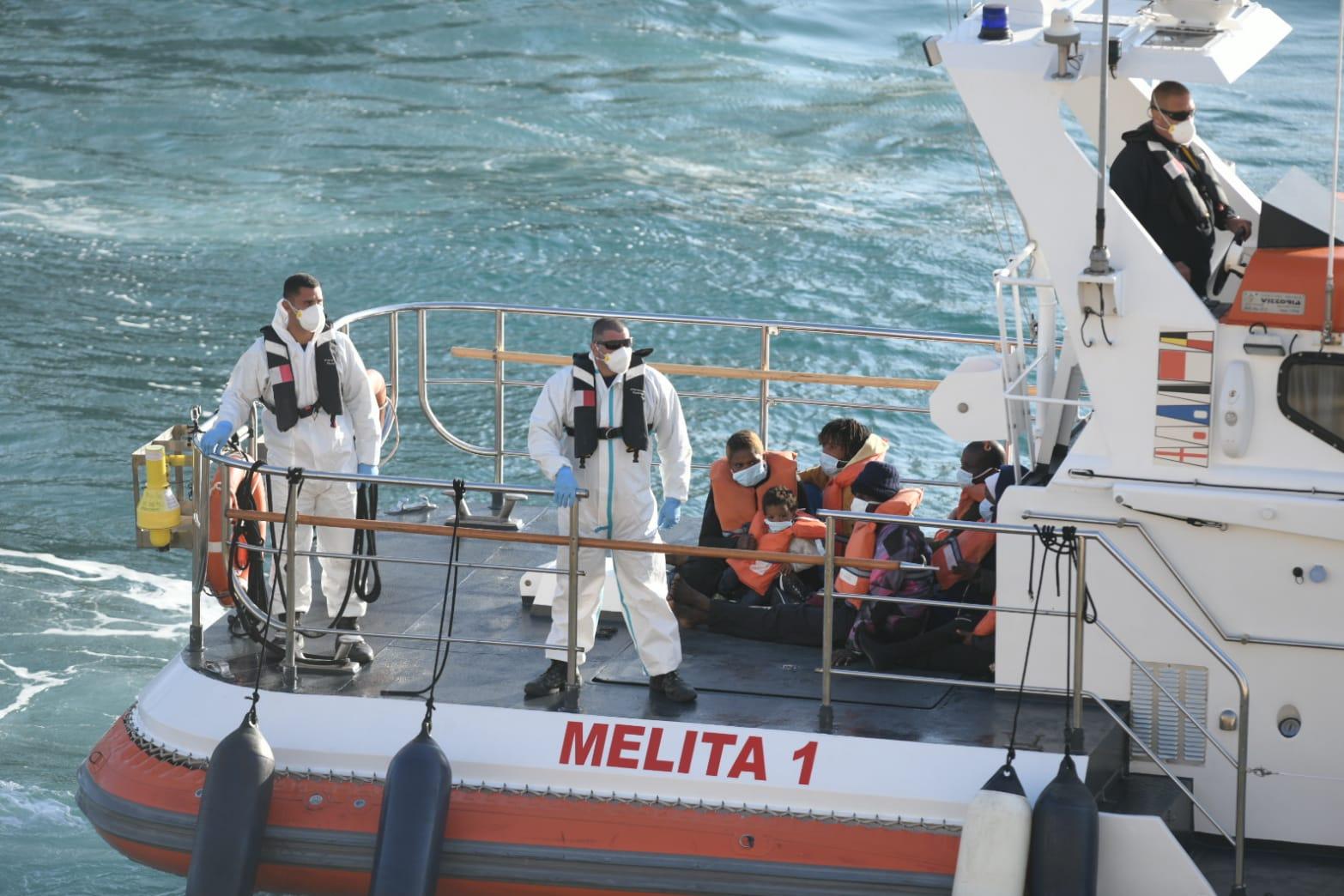 Foreign Minister Evarist Bartolo was again critical of the EU when writing on his Facebook page on Thursday.

“In our migrant centres we have 4000 migrants and we have no room for anymore. In proportion to our size, we have the equivalent of 6,000,000 migrants in Europe," he wrote.

“Besides we only have these small rocks/islands to call our own. If Lampedusa continues to overflow with migrants as it is doing right now, the mayor can ask Rome to take the surplus and spread them across centres all over Italy.

“If Greece wants to reduce the number of immigrants squashed together on the island of Lesbos, it can build new centres across Greece. But where are we in Malta going to put the migrants who keep coming?

“This year alone, in the first three months, we rescued and took in 1,200 migrants - Four times as many as last year in the same period,” he said.

"Still the boats come. And this is before the advent of summer and fine weather.

"No wonder the European Union, the United Nations, the Vatican, the voluntary organisations who work with migrants all tell us we are carrying a heavier burden than we can bear.

"We are pleased that they support our position in theory. But what are they going to do to help us in practice?

"And if they don’t want to help us, are they also against us helping ourselves?"