A specialised hate speech unit that was to open its doors in September is still in the process of being set up, Times of Malta can confirm.

In June, Home Affairs Minister Michael Farrugia had said in Parliament the government would be setting up a specialised unit to deal with hate crime and hate speech. The unit, the minister had said, would open its doors by September.

This, however, has not been the case and the unit has yet to see the light of day despite October nearing its end.

Contacted about the matter, a spokeswoman for the Home Affairs Ministry confirmed that the setting up of the unit was still in the works. While it had yet to start operating, she insisted that the location from where the unit would be operating will be “inaugurated this week”.

When announcing the project, Dr Farrugia had said his ministry had already embarked on a recruitment process and that the government would be bringing in various professionals, including psychologists, to provide victims of such crimes with support.

Asked about this, the spokeswoman said the process to recruit professionals was “still ongoing” and that more information would be supplied when the premises were unveiled later this week.

Times of Malta sought information on the unit after a migrant riot at the open centre in Ħal Far on Sunday night again shed light on Malta’s ever-growing hate speech problem.

At least a fifth of about 500 comments accompanying one news report documenting the late-night riots posted on Facebook incited violence or threatened migrants with death. 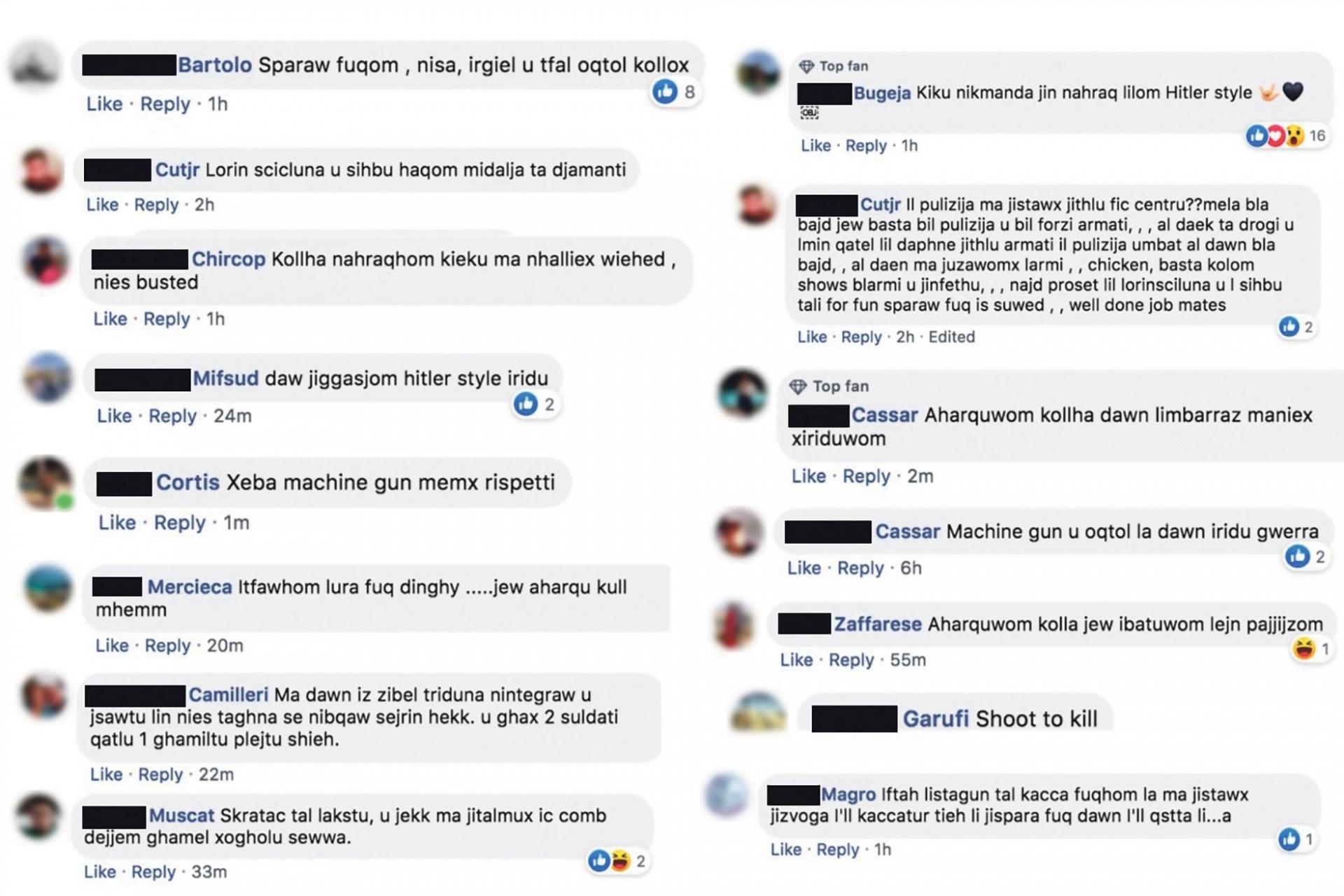 Some of the hateful messages posted following news of the riot.

Questions sent to the police on Tuesday on whether any of the users had been charged with committing a hate crime were not answered by the time of writing.

While it has yet to be established whether any of those who incited hate through Facebook will be prosecuted, such a move by the police would not be unprecedented.

In March 2018, following a hit-and-run incident involving a policeman, three people had been taken to court just days later after they posted “hate” messages about the force.

Denying the accused bail, Magistrate Joe Mifsud had warned that people should be more prudent when posting comments on social media and should realise they shouldered responsibility for what they wrote.

Facebook user Josef Farrugia had received a warning and a conditional discharge after admitting harassment and causing Nationalist MEP Roberta Metsola to fear violence in a threat he posted on the social media platform.