It was the mother of all news weeks for journalists. The Times of Malta newsroom was bombarded with claims in connection with the Daphne Caruana Galizia murder probe. Journalists spent hours trying to verify dozens of reports which turned out to be fake.

The political earthquake that shook the foundations of Joseph Muscat’s second Labour government started with the arrest of Melvin Theuma, until then an unknown taxi driver who told police he could tell the real story behind the assassination of journalist Daphne Caruana Galizia.

But the news floodgate opened as soon as Times of Malta reported that Yorgen Fenech, until then the CEO of one of Malta’s most prosperous business empires, Tumas Group, had been arrested on his boat as he left Portomaso marina just before sunrise on November 20.

It was a week of gossip, fake news and wild rumours… and it’s not over yet. 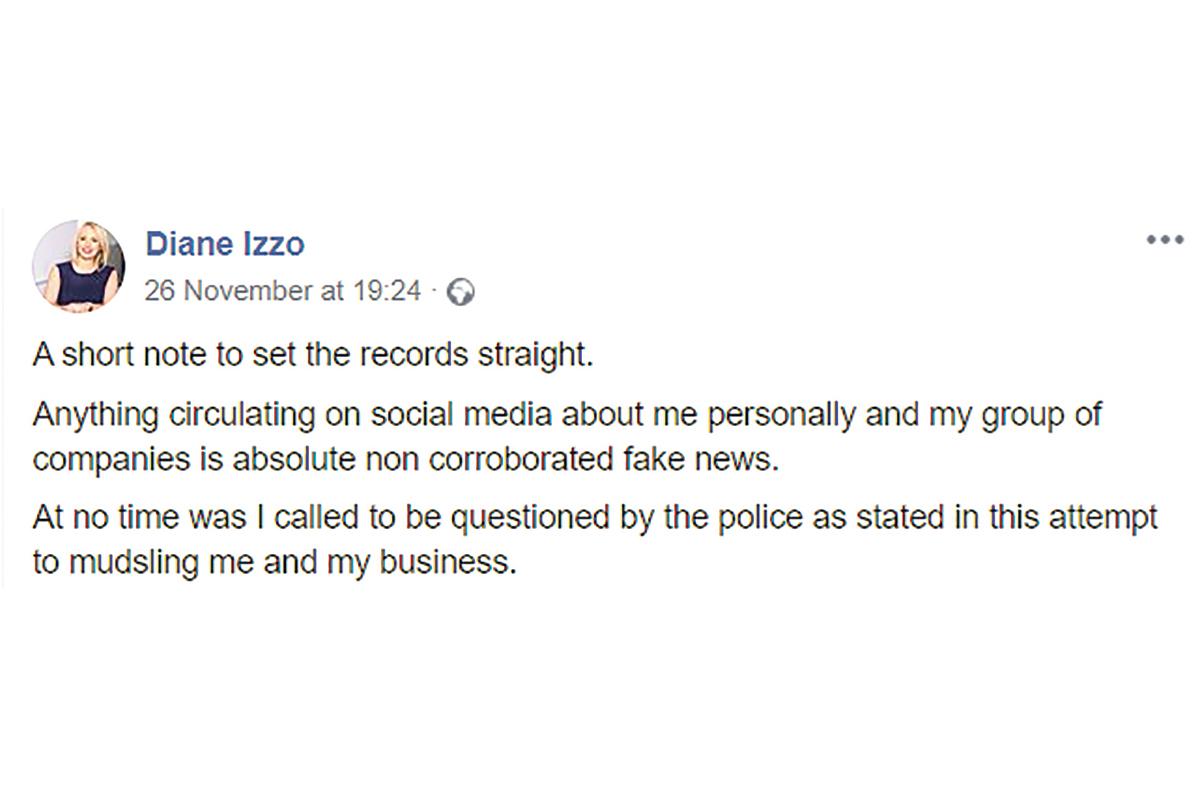 Diane Izzo’s post after claims she had been called in for questioning.

As the police were interrogating Theuma and Fenech, social media and private WhatsApp groups went into overdrive and became inundated with ‘announcements’ of other high-profile ‘arrests’.

Primary among those falsely claimed to have been held were businessmen perceived as being close to the corridors of power. One of them was Silvio Debono, the Mellieħa hotelier awarded a multi-million tender to turn the former ITS site in St Julian’s into a mega residential tower and a hotel, for just €15 million.

“Debono was seen entering the depot handcuffed this morning,” said one of the messages received by this newsroom and sent to other journalists. A few phone calls later, including to Mr Debono himself, the ‘information’ had been laid firmly to rest.

Next on the list was Joseph Portelli, the Gozitan construction magnate associated with the controversial Qala villa permit and an illegal batching plant in San Lawrenz. “Portelli has been held in Gozo and is currently being escorted on a Gozo Channel ferry by plainclothes police to Floriana,” claimed frenzied messages.

It did not take long to find out that Mr Portelli was still a free man tending to his affairs in Gozo.

As tensions rose as a result of reliable information about the police murder investigation and its political fallout, ‘news’ came in that Diane Izzo, a fashion retailer who, with her husband, has gone on holiday with the Prime Minister and his wife, had been called in for questioning.

She immediately took to social media to denounce the attempt to tarnish her reputation, insisting that the still mysterious owner of the third Panama company, Egrant, was not her.

“At no time was I called to be questioned by the police as stated in this attempt to mudsling me and my business,” she wrote. 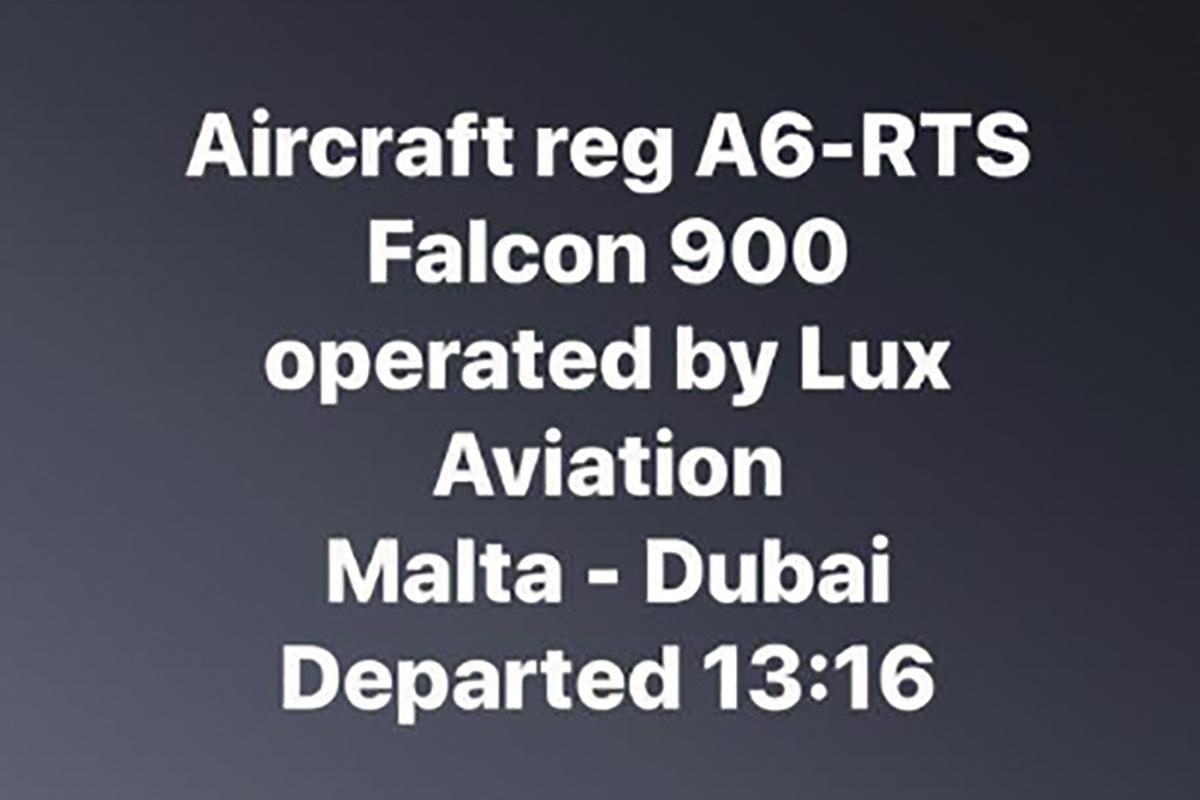 The flight itinerary of one Keith Schembri, in the imagined escape.

Close relatives of those in the headlines also got caught up in the rumour mill.

Social media comments and messages sent to newsrooms claimed that Josette Schembri – wife of Keith Schembri – had been stopped at the airport together with her children trying to flee the country on a private jet to an unknown destination. Her coffee shop in Naxxar, Loft, had also shut down, the news hounds had it.

After a few minutes of contacting reliable sources, it was learnt that Mrs Schembri and Mrs Muscat were both still in Malta, going about their busy schedules.

The next ‘big’ news to hit mobile phone messaging apps in newsrooms everywhere – accompanied by ‘screen grabs’ of flight numbers and itineraries – came a few minutes after the police announced that Schembri had been released from police custody.

His private jet was on the way to Dubai – a favourite destination for criminals seeking to evade justice.

A visit to Mr Schembri’s house in Santa Maria Estate found him in the company of Neville Gafa, one of his closest collaborators at Castille.

As reports hit online news portals that the Prime Minister’s closest aide, Keith Schembri, had also been arrested in connection with the murder, Mater Dei soon became the second most important ‘hotspot’ after police headquarters.

Times of Malta journalists received messages that Theuma had been taken to hospital after a suicide attempt, while Fenech had suffered a ‘massive heart attack’.

It was true they were in hospital, but for minor issues – chest pain normally associated with high tension. They were released shortly afterwards.

Former EU Commissioner John Dalli, who had returned to Malta in 2013 only after Joseph Muscat took over the reins of power, was also falsely reported to be in hospital suffering from “severe chest pains”. He was nowhere near the hospital but was spending the day at his farmhouse in rural Siġġiewi.