The Italian newspaper Avvenire has identified migrants who were "left to drown" before the boat they were in the central Mediterranean was taken back to Libya a few days after Easter.

"The faces of silence: Here are the refugees who were left to drown," the newspaper said in its headline on Wednesday.

Times of Malta reported last week that a Libyan-registered fishing boat owned by a Maltese man had been directed by local authorities to help the migrants at sea. The vessel took migrants back to Libya.

Five of the migrants aboard were found dead in the boat while another seven were missing when survivors were returned to Libya.

"The victims of our indifference have names and faces like us," Archbishop Charles Scicluna said in comments to Times of Malta.

They were aged between 18 and 25 and some were on their second attempt to cross into Europe.

The newspaper says the migrants set sail from Sabratha in Libya between April 9 and 10 and drifted for days without food or water 'in an attempt to realise their dream of arriving in Christian Europe on Easter day."

"They knew what it meant to be captured by the Libyans and returned to the hands of the torturers," the newspaper adds.

"For five days they were left adrift, despite the desperate requests for help from (NGO) Alarm Phone and despite the appeals of the Maltese Church," it adds.

Italian and Maltese coordination centres reportedly argued over which area of responsibility the boat was in - Libyan, Maltese or Italian.

"It was Good Friday, the Pilate's day," the newspaper remarks, a reference to Pontius Pilate having shirked responsibility.

Two days after Easter the migrants' boat was intercepted by a 'mysterious fishing boat'. Some of the migrants died when they jumped into the rough sea, trying to reach the fishing boat. 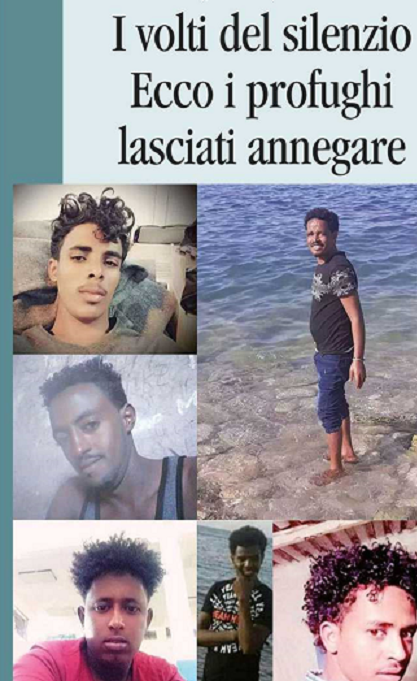 The tragedy happened with Lampedusa just 30 miles away, and Malta 80 miles away.

But the surviving migrants were taken back to Libya, 'fed to the Libyan torturers'.

The newspaper said it hoped someone would show the faces of the migrants to investigators in Malta looking into the case.

It quoted lawyer Giulia Tranchina insisting that "all the elements and evidence that have emerged so far indicate serious legal responsibilities on the part of the Maltese authorities," the boat having drifted for days in the Malta search and rescue zone.

The incident is now the subject of a magisterial inquiry.