A wealthy investor buying a Maltese passport decided to visit the apartment the family had rented as part of their Individual Investor Programme application. But something was wrong with the Marsalforn property: it was still being built.

The curious incident is one of several cases that emerge from a leaked cache of documents showing how some IIP applicants ended up renting unfinished properties, sharing addresses, or renting basic properties for high prices.

The applicant’s discovery led to an angry email from the investor’s IIP agent to Henley & Partners, the concessionaires selected to run Malta’s cash-for-passports scheme.

“The family visited their apartment in Vista Point and met with developer... They were surprised that the construction is not yet finished, it is on the last stage, but still not finished. For example, not all electricity connections are finished, and so on. It is obvious that the client cannot reside in such a property,” the agent wrote of the Triq il-Qbajjar development.

She stressed that “we should have been informed in advance that it is not finished” especially since the booklet distributed by Henley to its agents includes photographs of finished and furnished apartments. 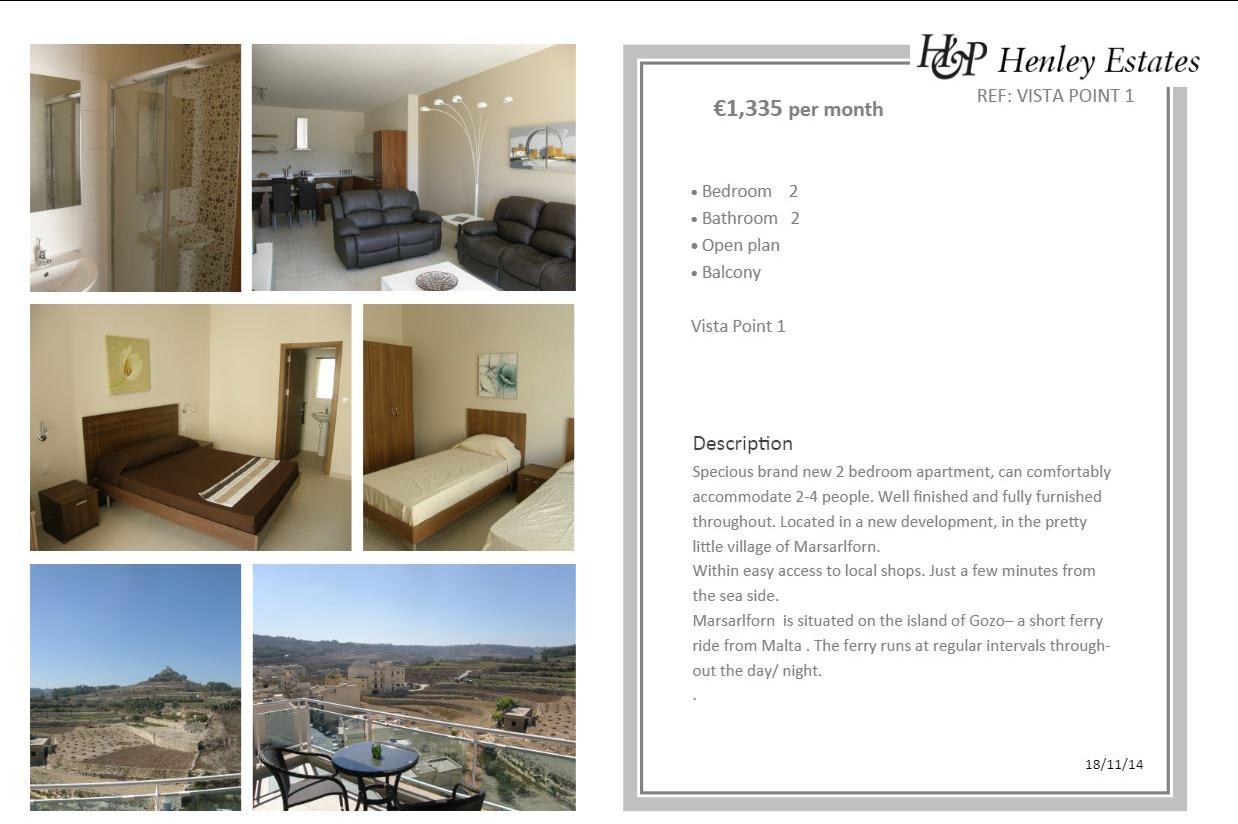 The applicant said they were never told this apartment was not actually complete when they rented it.

There was nothing in the lease agreement about unfinished construction, she said, as she requested a reduction in rental fees.

The details emerged from an investigation carried out by Times of Malta as part of a project linked to the Investigative Journalism for Europe (IJ4EU) fund and coordinated by the Daphne Caruana Galizia foundation.

A closer look at the Passport Papers cache of documents from cash-for-passport concessionaires Henley & Partners shows that the IIP concessionaire had signed an agreement with the developer of Vista Point, Trident Property Management Ltd* in July 2015, when the project was still under way. Henley agreed to receive commission if it introduced clients to the unfinished project but only if this led to a completed transaction.

A visit to the site this year shows that part of the project is still under way and nowhere near completion. Questions to Trident Property Management Ltd remained unanswered by the time of writing.

An artist's impression of Vista Point, which remains unfinished.

Another IIP applicant sent an email to his agent disputing the property management fee that he was being charged.

“It's not used, nobody will go there for a year and if Henley inspected it and all is in good order, what on earth could go wrong? The owner will take it back as it was leased. If something's wrong, it was wrong when the lease was signed,” he said in an angry email to his Henley agent in South Africa who was explaining why she was encouraging him to opt for the property management “to make sure the property is kept in good order for the landlord on [your] behalf".

For those who were not interested in viewing an apartment they would barely spend any time in, the data stash includes a document that gave Henley & Partners power of attorney to look for an apartment within a given budget and sign a lease agreement on the applicant’s behalf.

One applicant who signed this 'search mandate request form' told Henley he was seeking to rent an apartment in Malta with a minimum of two bedrooms and was willing to spend between €1,350 and €1,800 monthly on rent.

In the ‘other’ section of the form, the client added a handwritten note: “I don’t care. What is least expensive which complies with [the] programme”.

A passport buyer who wanted to make a minimal effort

Photographs found attached to the cache of documents from cash-for-passport concessionaires Henley & Partners depicts the kind of properties being rented out to these wealthy individual at inflated prices.

Some of them are small, below average apartments, almost the size of a studio flat, that were rented out for the minimum requirement of €16,000 per annum.

Photos of a St Julian’s apartment with its 1990s décor and a Gzira apartment with a kitchen, living and dining area crammed into a small room are just examples of what these wealthy IIP clients were renting. 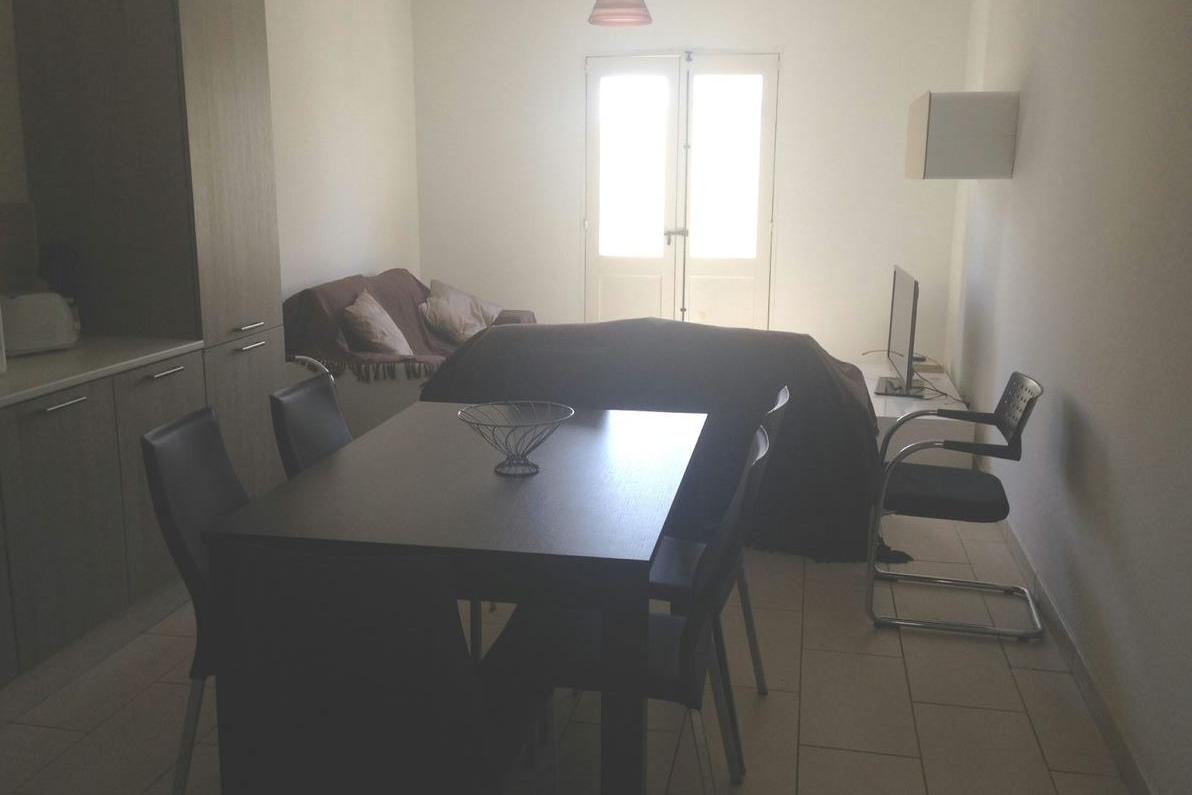 A basic apartment in Gzira rented by a wealthy passport buyer.

An apartment in Locker Street, Sliema, was traced to a family of 12 people, including the main applicant, six children and another two dependents.

There was also a case of different passport applicants renting the same apartment.

An analysis of the documents and correspondence shows that Identity Malta appeared to have become more flexible over time over separate applicants from the same family wanting to rent a common property.

One of them was a request from a father and son who separately applied for the Maltese passport and who requested to rent the same property.

Identity Malta CEO Jonathan Cardona said in reply to an email that it was possible for the two to share the apartment as long as they both pay the minimum €16,000 annually in rent.

Prior to this, an email dating back to 2014 from a Henley & Partners estate manager stipulated that each applicant will need an individual address so they cannot rent one common apartment. However, Henley’s managing director in Switzerland replied that this was possible as it had already been green-lighted with Identity Malta.

However, a closer look at the documents reveals that Identity Malta seemed stricter on property purchases.

A request for two business partners who applied separately for Maltese passports to be allowed to buy the same €1.2 million Mdina property to satisfy the scheme’s requirements was refused.

“There are two separate entrance doors to the property. Can they go ahead and together purchase the said mentioned property and use for their separate IIP applications? Both names will be on the final deed. They are not family members just associates of each other,” H&P Malta told Cardona in an email. He replied: “It is suggested to avoid complexities which can put the case in dubious suitability.”

* Company is not related in any way to Trident Estates Plc