Residents of two apartment blocks that collapsed following excavation works are calling on the authorities to be more sensitive when dealing with people who lose their homes in these circumstances. All they want is to find their way back to the life they once knew. They spoke to Claudia Calleja about their struggles and fears.

“I lost all rights over my own home”

Anthea Brincat is tired of seeing workmen in her living room when she, and her family, are not allowed into their own home.

Realising that some valuables had gone missing was the last straw for the 24-year-old who is insisting that something needs to be done to monitor who is allowed in and out of the property. So far, her calls have fallen on deaf ears.

“There is a massive lack of sensitivity,” she said as she stood across the road of the Guardamangia apartment block in St Luke’s Road. The building suffered extensive damage when a wall collapsed on June 13.

“This is our home. We have a right to know who is in our home… They take away all your rights over your home, any say over your belongings. I only want to know who’s in my house,” she said passionately, flanked by her neighbours.

Speaking to Times of Malta she said that, earlier this week, she was sitting outside her home and, once again, saw strangers in her home – where her belongings had gone missing. She suddenly realised: this is not right.

She headed to the police station and asked them to search the workmen before and after they entered the site. Police told her she was expecting too much.

Anthea Brincat on life since the collapse. Video: Matthew Mirabelli

Anthea, her brother Nicholai and their father Raymond have been living in a government housing apartment in Żabbar since the wall collapsed. These have been a tough couple of weeks on many levels.

Apart from losing their home, they have been struggling to come to terms with the situation. 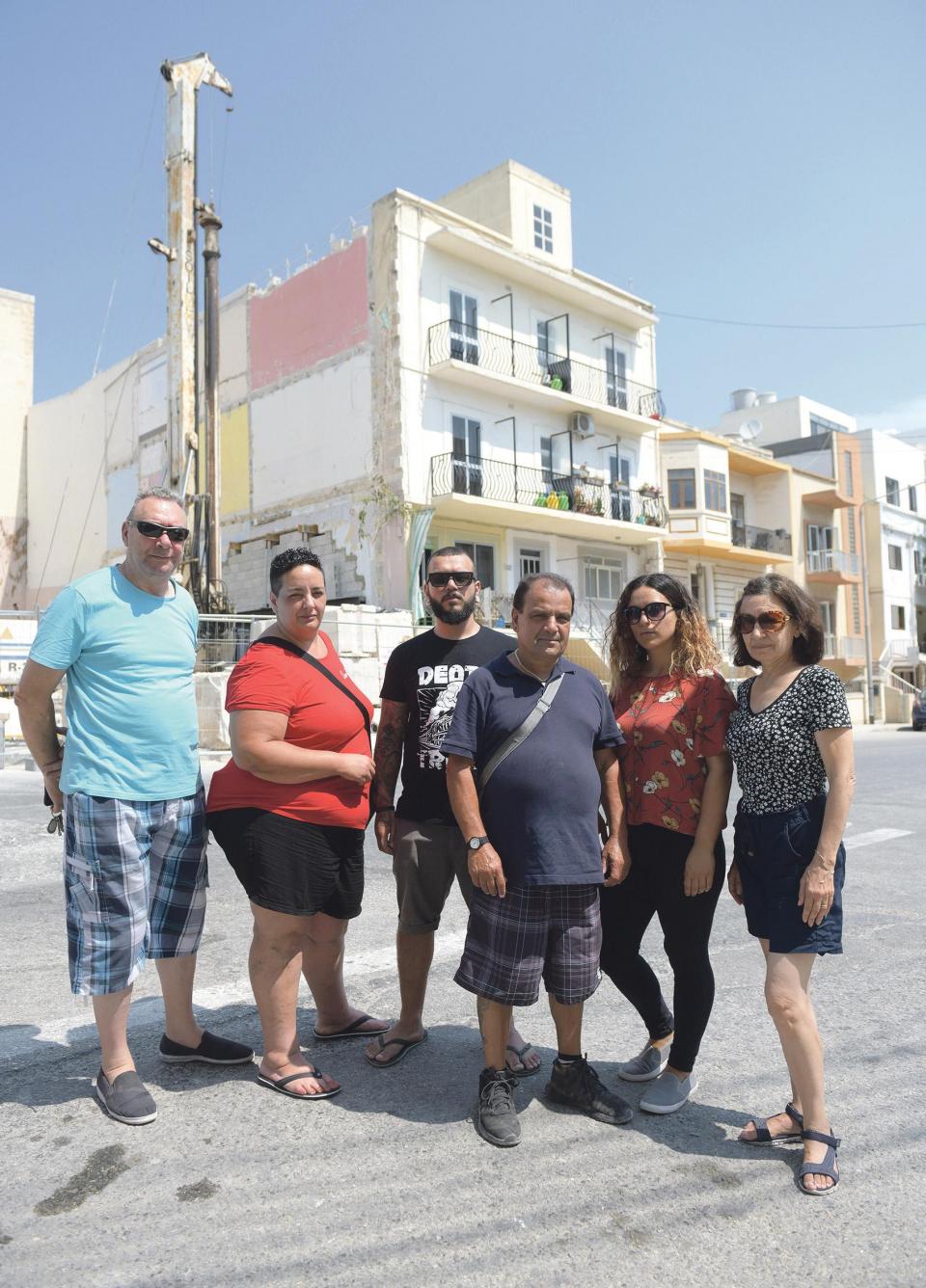 “I have not been able to sleep well,” her brother said as Anthea added: “Tensions are high. We’ve been arguing a lot, which is not normal for us.”

Since the incident they have only been allowed to enter their home on two occasions.

“People don’t understand this. They think you can just go into your home when you want. But we can only go with the court’s permission,” she said.

The morning after the incident they were allowed in for five minutes. “When you see your home has been destroyed, your mind freezes. You would have been planning what to take out but, there and then, you get blocked. Just imagine, I grabbed my winter clothes,” she said. Her brother added: “I got my laptop but left the charger there.”

Some days later they were allowed to go in for half an hour – but they had to take it in turns. It was then that Anthea noticed that some cash and jewellery had gone missing from a bureau that ended up crashing out of the building.

“The odd thing is that we were allowed in. But our architect could only go in once the area was fixed. This doesn’t make sense. I want my architect, who I trust, to have a complete picture and not see the damage when it has been concreted over,” she said.

“They are saying the building is safe and we can eventually move in. But, with all due respect, these are the same people who told us it was safe when we pointed out the cracks in the walls before it collapsed. We just want to feel safe in our home.”

“I get startled with every noise I hear”

It’s been over two months since Robert and Edward Muscat’s Guardamangia home collapsed – and they still have no clue what the future holds.

“There should be a central point of contact where people can call if they are facing this situation. We have no idea what to do and where to go. We had been promised a meeting with the contractor, the site owner and insurance representative but it never happened. We’re being ignored,” said Robert Muscat as he sat in the bare living room of the Ħamrun apartment being rented out for them by the owner of the construction site.

Works on the site, located on Guardamangia hill, resulted in the collapse of the apartment block, where the brothers lived, on April 24.

Since then the brothers spent two nights in a hotel before being relocated to the Ħamrun apartment – where they’ve been trying to figure out their next steps – and their rights.

“We lost all our belongings. We lost our clothes and so many irreplaceable things of sentimental value. We had been living in that apartment with our mother since 1993. She died eight years ago. It was filled with memories.

“The bedroom furniture that our mother had inherited from her mother is destroyed. Inside it, there were also jewellery and other items that belonged to her,” Robert said.

The brothers managed to dig out a couple of picture frames from the rubble. Apart from coming to terms with their material losses, they are also struggling psychologically.

“When you go through something like this your life stops. I wouldn’t want anyone to have to go through it,” Edward said, his eyes welling up.

His brother added: “I get startled with every noise. I don’t walk under balconies. I’m always scared something happens.”

The brothers just want to be able to settle and move forward.

“We want to know what’s going to happen,” Robert said, acknowledging that they had received support from the government and local council while adding that it would be helpful to have a contact number for further guidance.

“We are focusing too much on the buildings. When these things happen, we need to concentrate on the people – they are alive and need to get on with their lives. We need help rebuilding our lives,” Robert said.