Three COVID-19 cases have been detected overnight, ending a run of three days when no new cases were found.

The health authorities said a total of 1,027 people were tested for the virus in the last 24 hours.

All three new cases were sporadic, meaning they had no connection with other known patients, the authorities said. Two showed no symptoms.

Three people recovered, leaving the number of people with coronavirus in Malta at 32. 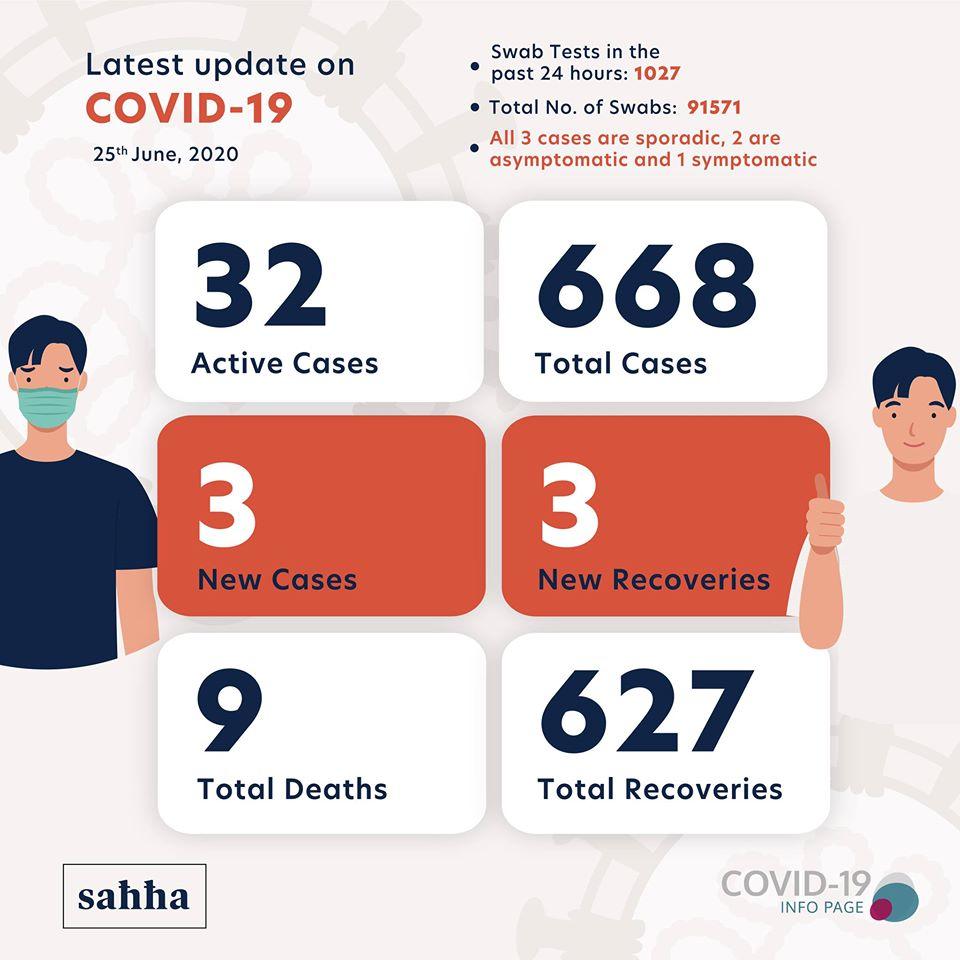 The country has been reporting single-digit daily tallies, or none at all, since May 21. Since then, the highest number of daily new cases was on May 23, when nine people tested positive for the virus.

Malta is still in a state of public emergency but that is due to end next week, more than four months since the first COVID-19 case was detected on March 7.

Once the state of public emergency is lifted on June 30, it will also see an end to other remaining restrictions including controls on social gatherings.

The final measure, the opening of commercial flights to and from Malta, will come into force on July 1. However, flights will initially be restricted to a list of 'safe corridor' countries.