Transport Malta officers will, like the police and wardens, be empowered to enforce e-scooter regulations, the state agency said on Friday.

“TM is in the process of amending the law to empower its enforcement officers to be able to enforce the applicable legislation,” a spokesperson said when contacted.

As it stands, the law only permits the police and LESA officers to enforce “any irregularities” related to the use of the scooters, the agency said.

Transport Malta is also “currently in discussions” to identify parking locations with charging facilities where scooters can be parked, the spokesperson said.

No details were provided.

Lack of enforcement is being blamed for the fear, obstruction of pedestrians and risk of accident surrounding e-scooters, especially in localities where many people use them as a convenient or cheap mode of getting around.

Times of Malta has reported that elderly St Julian’s residents are scared to leave their homes, afraid that their path along pavements will be blocked by abandoned e-scooters. 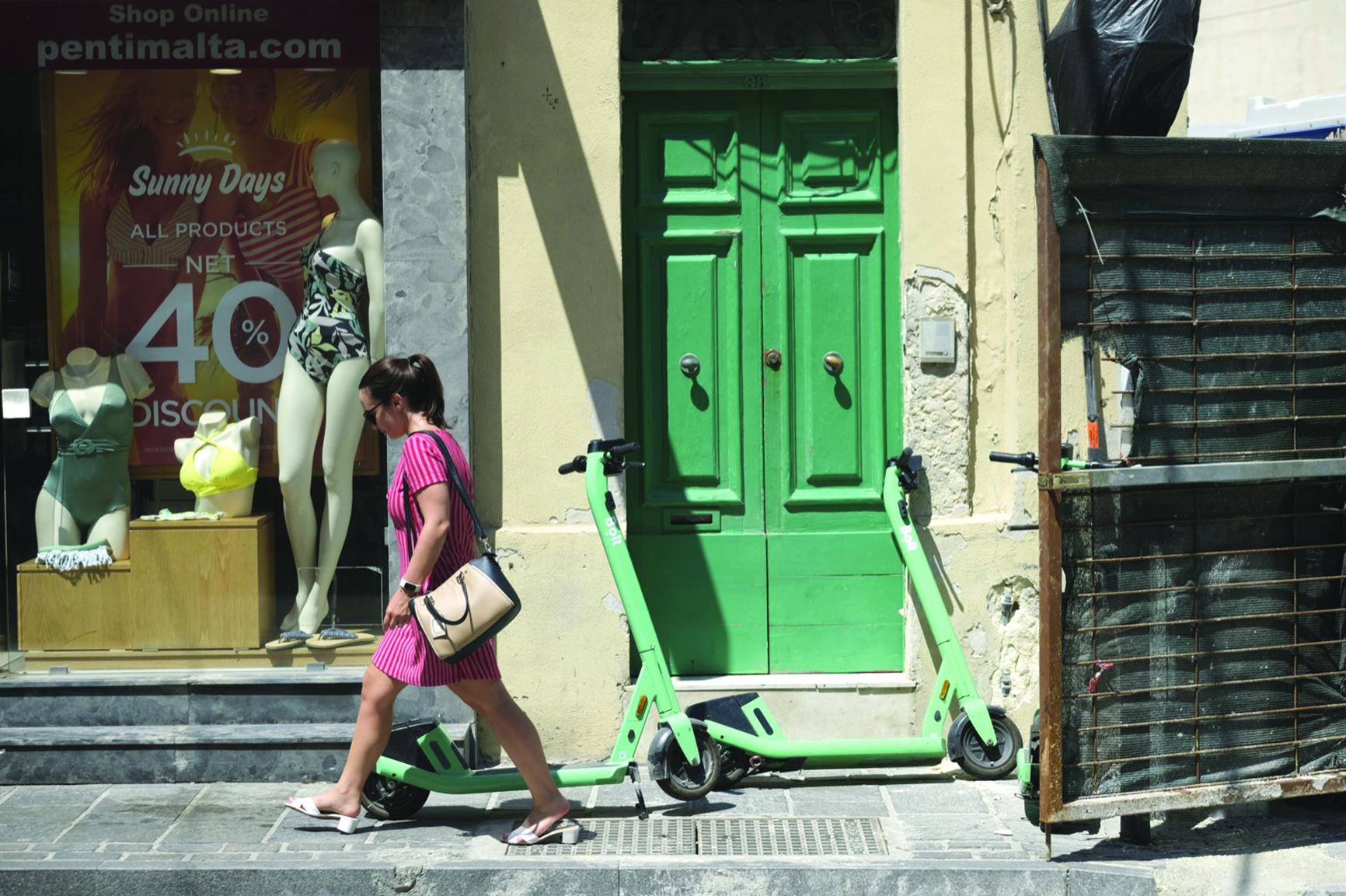 Abandoned e-scooters lie in pedestrians' way on a pavement.

In recent weeks, residents in other areas, especially Sliema and Gżira, have also repeatedly complained about abandoned scooters getting in their way on pavements, at times even blocking garages.

The issue is one of a series of problems that 12 localities from the Eastern Region say they constantly face as a result of lack of enforcement of scooter rules.

They are calling for action as the popularity of scooters soars, saying the lack of enforcement often results in accidents and obstruction.

Mayors unite to call for enforcement

Addressing a press conference on Friday, mayors from the Eastern Region called on the authorities to enforce the rules, saying this needs to be done before there is a fatal accident.

Speaking on behalf of the mayors, region council head Anthony Chircop said residents are living “in fear and panic” as accidents involving scooters are regular.

The mayors are mostly concerned about speeding by underage riders.

“In most cases, the scooters are being used for joyriding,” Chircop said, adding that obstruction of pavements is another problem the localities were facing.

Meanwhile, despite efforts to discuss their concerns with Transport Malta and Transport Minister Aaron Farrugia, the mayors have yet to receive any feedback.

Transport Malta enforcement officers will also be on the lookout for e-scooter violations. Photo: Matthew Mirabelli

The mayors also want the authorities to launch an education campaign aimed at ensuring those on the scooters know the rules.

Among those rules, scooter riders must be over 16 and in possession of a driver’s licence while speed limits are set at 10km per hour on promenades and 20km per hour on roads.

Scooters may be parked on pavements, promenades and pedestrian zones so long as they do not obstruct pedestrians.