Robert Abela was urged during a protest in Valletta on Thursday to act upon the inquiry report on the murder of Daphne Caruana Galizia and to cleanse his government and party from any people who helped create the climate of impunity which contributed to it.

The protest was held by the rule-of-law groups Repubblika and Occupy Justice outside the Auberge de Castille in a reaction to the report, published earlier on Thursday.

The inquiry found the state should shoulder responsibility for the journalist’s murder.

The socially-distanced crowd held up placards calling for justice as well as accusing those at Castille of being “murderers”. 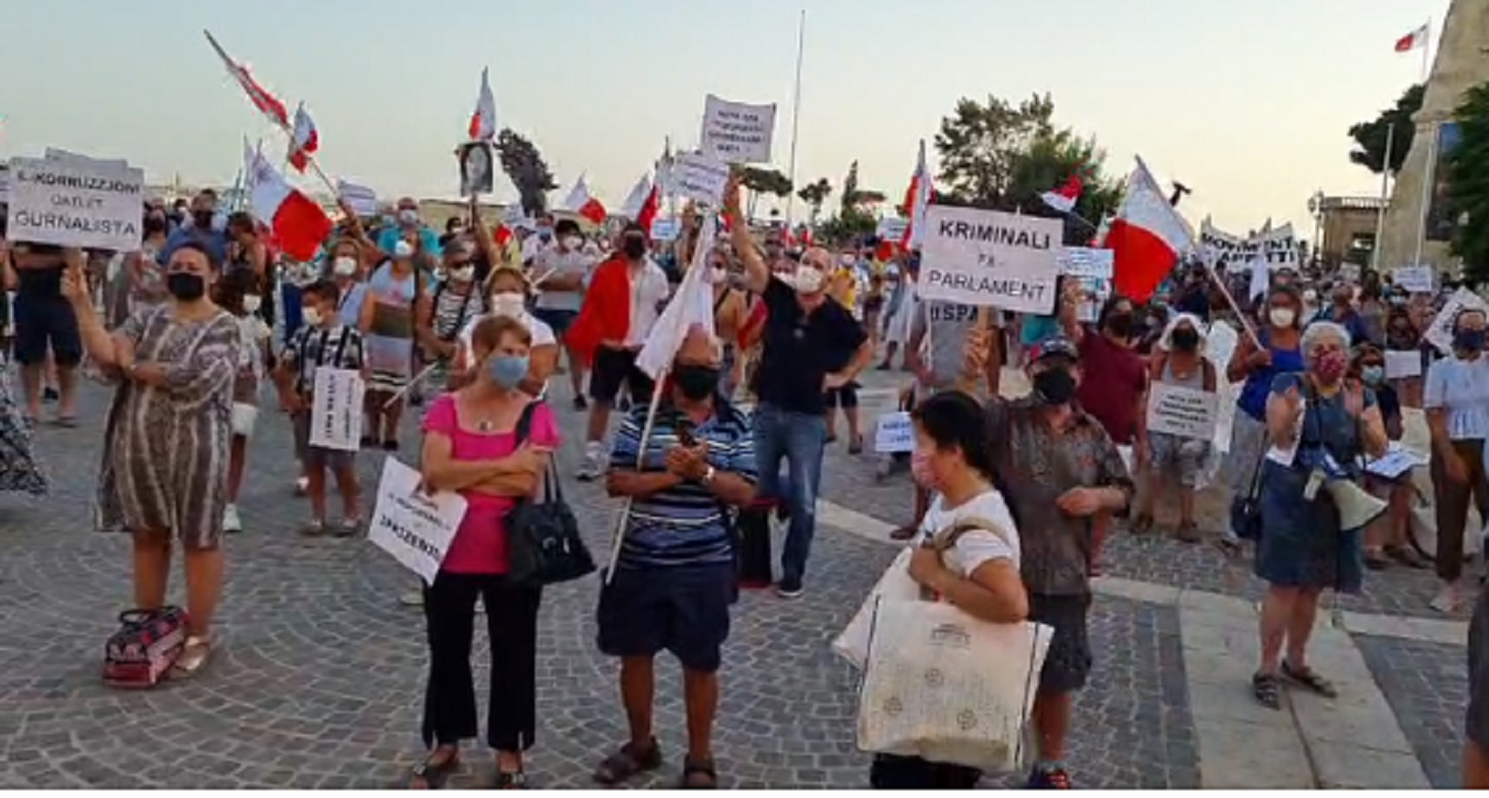 Some carried Maltese flags and others placards reading: Il-korruzjoni qatlek lil Daphne (Corruption killed Daphne) and Malta fgata minn qarnita mafjuza (Malta is in the grip of the mafia's tentacles)

Hailing slain journalist Daphne Caruana as “Malta’s hero”, Repubblika president Robert Aquilina said that the organisation was satisfied that the report had put the main players in their rightful place, identifying the responsibility of people within Castille who “joined criminals” for the assassination of a citizen they were duty-bound to prevent. 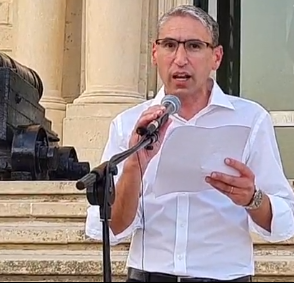 “This report confirms what we have long been shouting about from our streets, that a culture of impunity has been created for our senior officials, our persons of trust and a select circle of politicians, businessmen and criminals,” he said.

“These politicians, businessmen and criminals have gripped the country in the tentacles of something that can globally be summarised as only one thing: Mafia”.

Ministers, politicians, and institutions like the police force had been complicit in creating a culture that led to Daphne Caruana Galizia's murder and had shirked from taking the necessary steps even after the revelations about the Panama Papers and 17 Black, Aquilina continued.

'Responsibility has to be shouldered'

He said the organisation would be insisting that every person identified as responsible in the inquiry’s conclusions should shoulder responsibility, including Cabinet ministers.  Indeed, the inquiry spoke on the collective responsibility of the members of the Cabinet.

A new government that excluded people mentioned in the inquiry should be formed in its stead, he said. 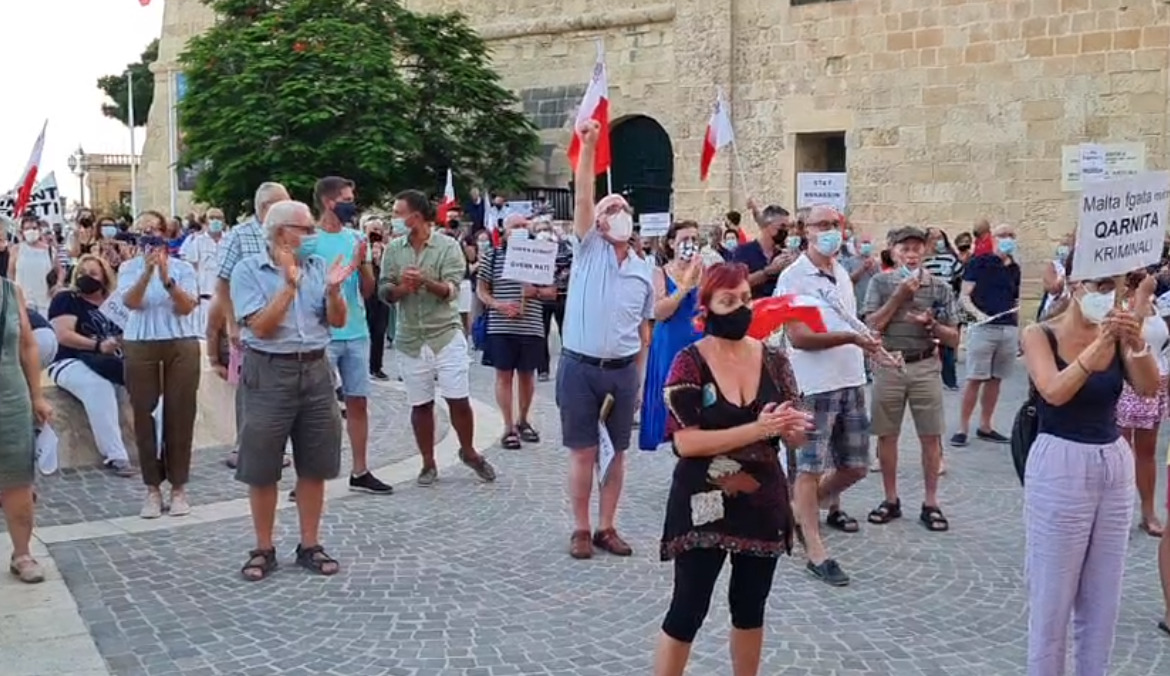 “We can no longer tolerate your dragging of feet. This inquiry should not be put on a shelf and forgotten. We want it to be the start of the healing process for our country. This should not be another match of political football, but to serve as a guide to all those who wish to enter politics in this country.”

Occupy Justice activist Clemence Dujardin said that the inquiry’s conclusion that the state should shoulder responsibility was “not a victory but well and truly a disgrace”.

“The government, the state, the institutions made it possible for a brilliant journalist Daphne Caruana Galizia to be murdered under their watch,” she said

How convenient is that? Since she was putting them under the spotlight? For letting this crime happen, the State must shoulder responsibility!”

She reiterated calls for Cabinet members to resign immediately, if for nothing, for voting in parliament in support of Konrad, Mizzi, for supporting Keith Schembri and Joseph Muscat,” Dujardin continued.

“The cabinet is made of politicians that have colluded with murderers and all of them should be resigning now.

She added that institutions must act immediately to ensure that prosecutions take place. Robert Abela needed to ensure an independent judicial system that was given the appropriate resources and achieved international standards.

“We will not be going away until justice has been fully served”.

The protest was also addressed by a member of the Graffitti movement who demanded justice and action against corruption. He also demanded politics for the people, not money.

Blogger Manuel Delia said Repubblika would seek to attend Friday's emergency sitting of parliament. He said that notice had been given to the Speaker, and his office had replied that they could not enter the Strangers' Gallery for COVID-19 reasons.

The group has filed a judicial protest in defence of its rights, he said.