Kristian Kobescak is no longer shocked at the places where people discard scooters.

“We have found them underneath cliffs and on rooftops,” he says.

On average, his team moves 350 scooters every day.

He has set up Bolt Patrol, a group of employees of the mobility company who roam the streets in central Malta looking for badly parked e-scooters and moving them out of harm’s way.

Parking is one of the biggest issues with e-scooters in Malta. Video: Karl Andrew Micallef

The take-up of e-scooters has been a roaring success for the operator in the country since they were introduced three years ago, with an estimated 3,000 now gliding around the streets each day.

But while they are considered a cheap and eco-friendly urban transport to many, they are an anti-social, pavement-blocking danger to others.

Unlike other EU places, such as Seville, which has specific parking bays for e-scooters alongside e-bicycles, riders are expected to park their hired e-scooter neatly at the end of the journey.

Instead, they often abandon them, leaving them strewn on pavements or in front of garage doors.

This is “the biggest issue” for Bolt, the owners of the ubiquitous bright green two-wheeled contraptions. 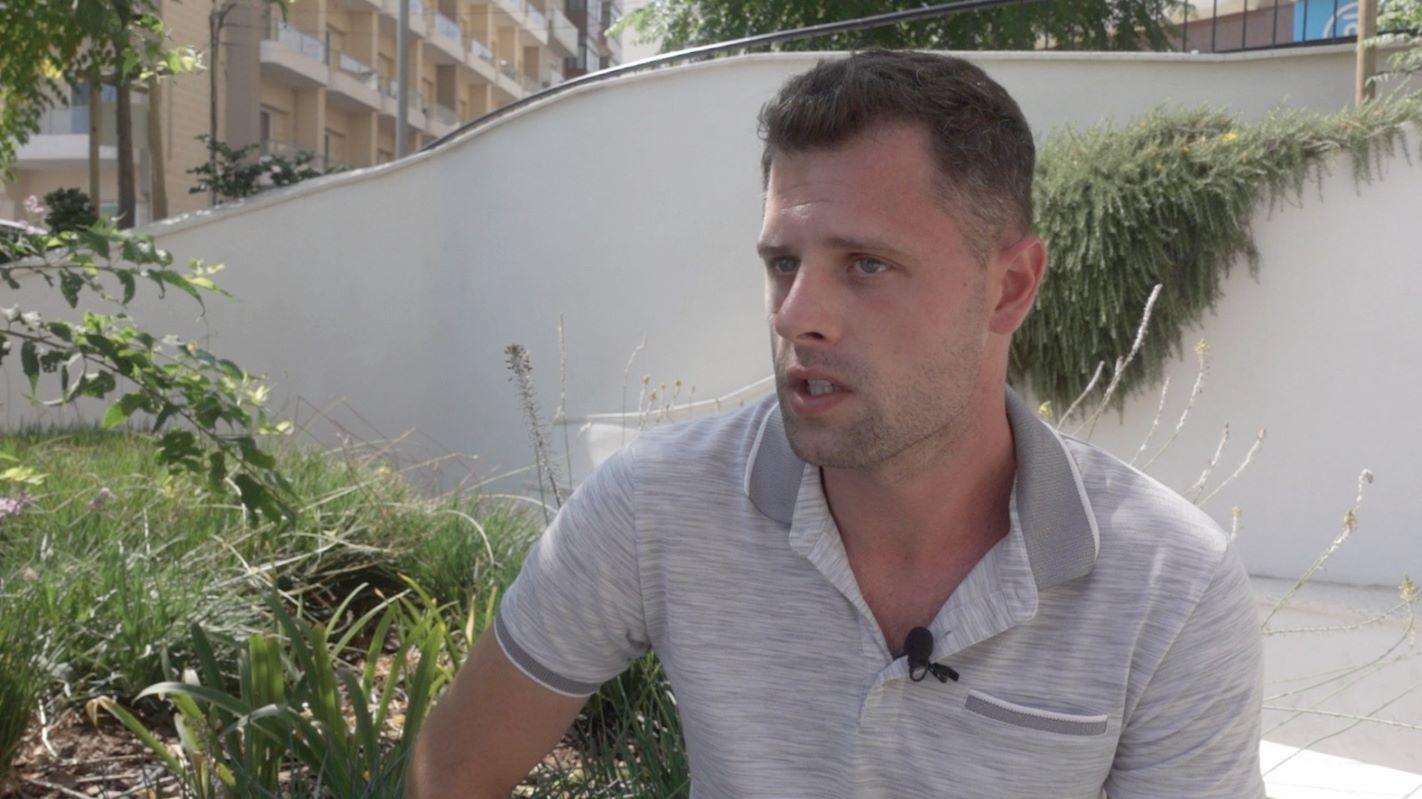 “There is simply no parking spots for scooters,” says Kobescak, country manager for micro-mobility at Bolt.

“Under the current legislation, people are allowed to park on the pavement and are not allowed to use parking spots… but pavements are not constructed in a way to allow scooters to be parked correctly.

“You have pavements that are too narrow but you cannot leave an e-scooter in the car park or a place for motorbikes because you are occupying another vehicle’s space.”

This is where Bolt Patrol comes in.

The team of between one and five people respond to complaints of badly parked scooters and move them to more appropriate spots. They are also asked to take the initiative and travel around to find strewn scooters before complaints come in.

A van also collects e-scooters that have run out of charge, brings them to a warehouse where they are charged and returned to areas where there is no obstruction to pedestrians.

Vandalised out of frustration

When Times of Malta joined the patrol recently, the one worker on duty in Sliema was moving e-scooters every few minutes.

People have vandalised rental e-scooters out of frustration for bad parking, Kobescak said.

He said the company is developing a system where people could report bad parking through an app by scanning a QR code on the offending e-scooter.

It is also in the “testing phase” of using artificial intelligence that would alert Bolt if a scooter is parked in front of a garage.

Kobescak acknowledged that the Bolt Patrol solution is both temporary and not entirely effective.

Appropriate policies are needed to turn e-scooters into one of the best solutions to alleviate Malta’s traffic problem, he said.

San Ġwann local council is one that has taken a proactive approach. 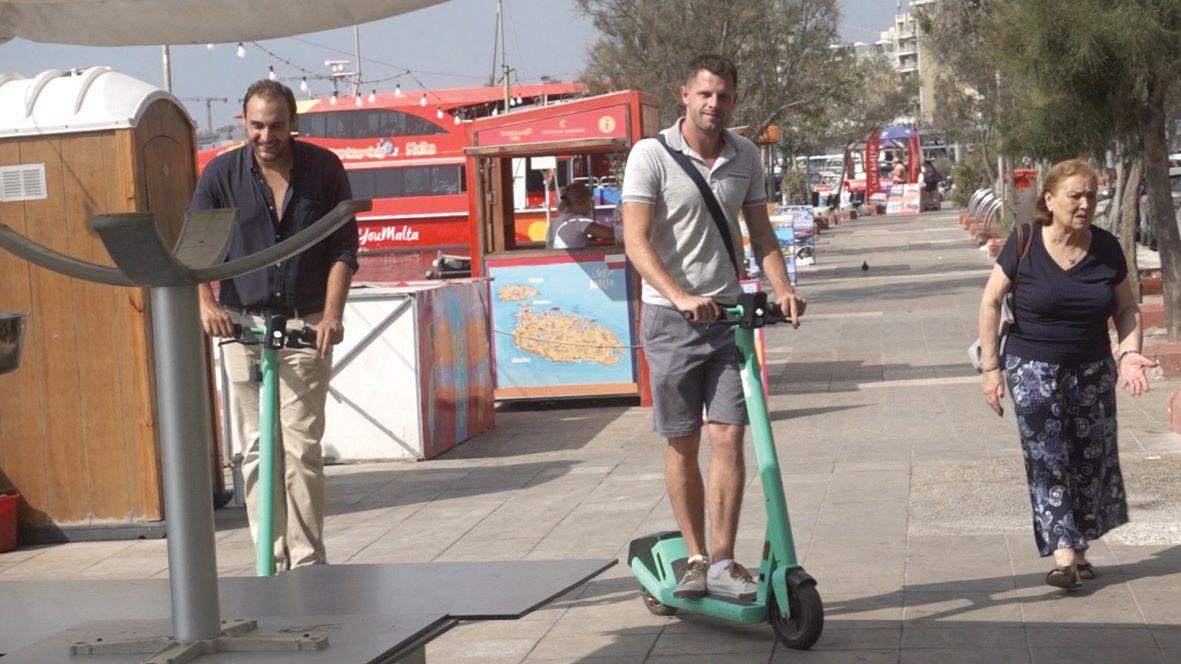 Riders can go along the promenade at a reduced speed.

Around 20 e-scooter parking bays were set-up in late August with a further 20 planned.

Mayor Trevor Fenech said the locality has already “seen a significant improvement in where these e-scooters are being placed”.

The council has also “seen a reduction in complaints given that many scooters are being placed in the allocated sites”.

According to the ministry for transport, there are plans to introduce more e-scooter bays across the island but a date for this has not been set.

When Times of Malta visited the two bays in San Ġwann, they were empty, with the Bolt Patrol employee instead finding abandoned e-scooters and moving them there.

The ministry for transport said it is working with operators to introduce regulations that will include pecuniary penalties for users who do not park in these bays. 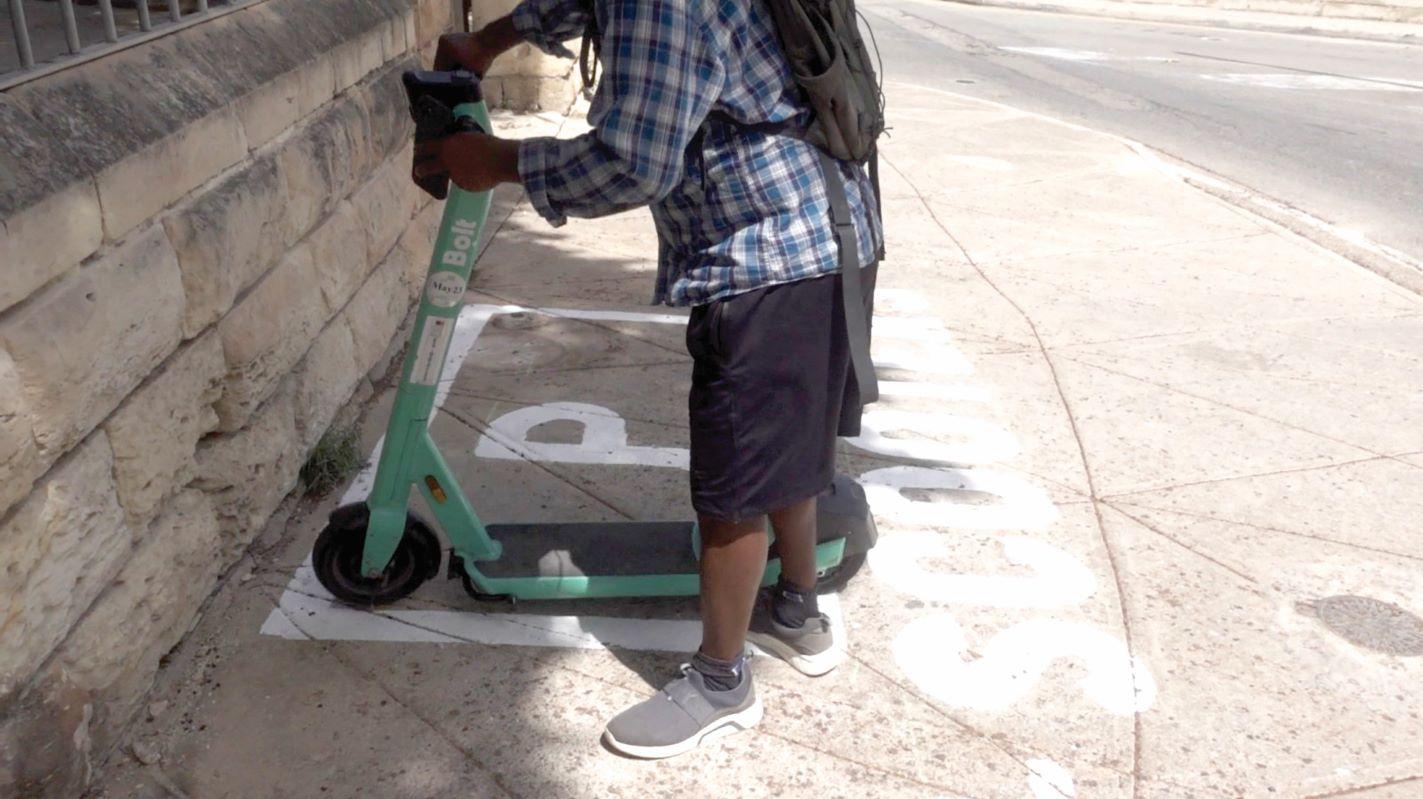 It is proposing that “when a user parks incorrectly, they would not be given back their deposit or continue being charged”, according to a spokesperson.

But Kobescak is reluctant to introduce the measure.

He says users do not pay a deposit when they rent a scooter and Bolt does not intend to introduce it.

“Renting a scooter is not like a car where you leave a deposit of a few hundred euros,” he said.

He said he would welcome the authorities fining users directly. Currently, operators are fined and most of these fines are contested because of the lack of parking policies.

The PN has proposed a limit on the number of rentable e-scooters so that they are proportionate to the number of available parking spaces.

Appropriate policies are needed to turn e-scooters into one of the best solutions to alleviate the traffic problem, Kobescak contended.

“Peak hours of scooter use are between seven and 10 in the morning and two to five in the afternoon,” Kobescak noted, adding that e-scooters are already a solution for people frustrated by traffic congestion.

All other options to alleviate traffic could come in decades but e-scooters and other micro-mobility solutions are here now, he said.

“Scooters are already here on the roads,” he noted.

“We just need to regulate them.”