Malta recorded a record 224 daily new cases on Wednesday, beating the previous high of 218 which had been established in November.

Speaking at a news conference, Fearne said that public health experts believed three key factors could be behind the rise in cases.

The first was the Christmas holiday season, with people meeting together in private despite restrictions on public gatherings. Climatic issues could be another factor, with COVID-19 spiking in winter as temperatures declined. Thirdly, a more contagious strain of the virus, which was first detected in the UK, could be at play, although only three cases of the new virus varient have been detected in Malta so far.

The coming days would help indicate which of these three factors was the most influential in bumping up case numbers, he said.

If cases rose primarily because people gathered during the holiday season, then daily case numbers would most likely start to decrease in the coming weeks and existing measures would be maintained.

If that did not happen, then other, more restrictive public health measures could be introduced as of next week to ensure healthcare systems were not overstretched, Fearne said. The minister declined to say what kinds of new measures were being contemplated.

Superintendent of Public Health Charmaine Gauci said that it was clear that many people had not maintained social distancing during the holiday period, with a rising number of new cases being traced back to social gatherings.

Further evidence of this was the fact that the majority of COVID-19 cases identified over the past days were among those aged 25-34.

1,400 vaccinations in first week of rollout

Around 1,400 COVID-19 vaccines were administered in the first week of Malta’s vaccination campaign, which began on December 27.

Nobody vaccinated has reported any significant side-effects, the minister said.

Speaking at a news conference held at his ministry, Fearne said all vulnerable people and frontliners will be vaccinated against COVID-19 by the end of May.

“Once that happens, then the pressure on hospitals will lessen and we can get back on our feet as a country,” he said. “Our plan is to achieve herd immunity by the end of summer”.

Logistically, the country had preparations in place to vaccinate up to 10,000 people every day, he said, although he added that this number was unlikely to be reached.

The Health Minister has previously responded to criticism by doctors by arguing that Malta is administering vaccines as quickly as it receives them, and that the limiting factor is supply of vaccines.

He reiterated this point during Wednesday’s news conference, noting that vaccine rollout would depend in large part on European Union approval of vaccines.

Moderna vaccine in Malta by 'end of next week'

The European Medicines Agency said on Wednesday afternoon that it was recommending a second COVID-19 vaccine, made by Moderna, for use in the EU.

News of its decision came as Fearne was holding his news conference.

"EMA has recommended granting a conditional marketing authorisation for Covid-19 Vaccine Moderna to prevent coronavirus disease 2019 in people from 18 years of age," the Amsterdam-based regulator said in a statement. 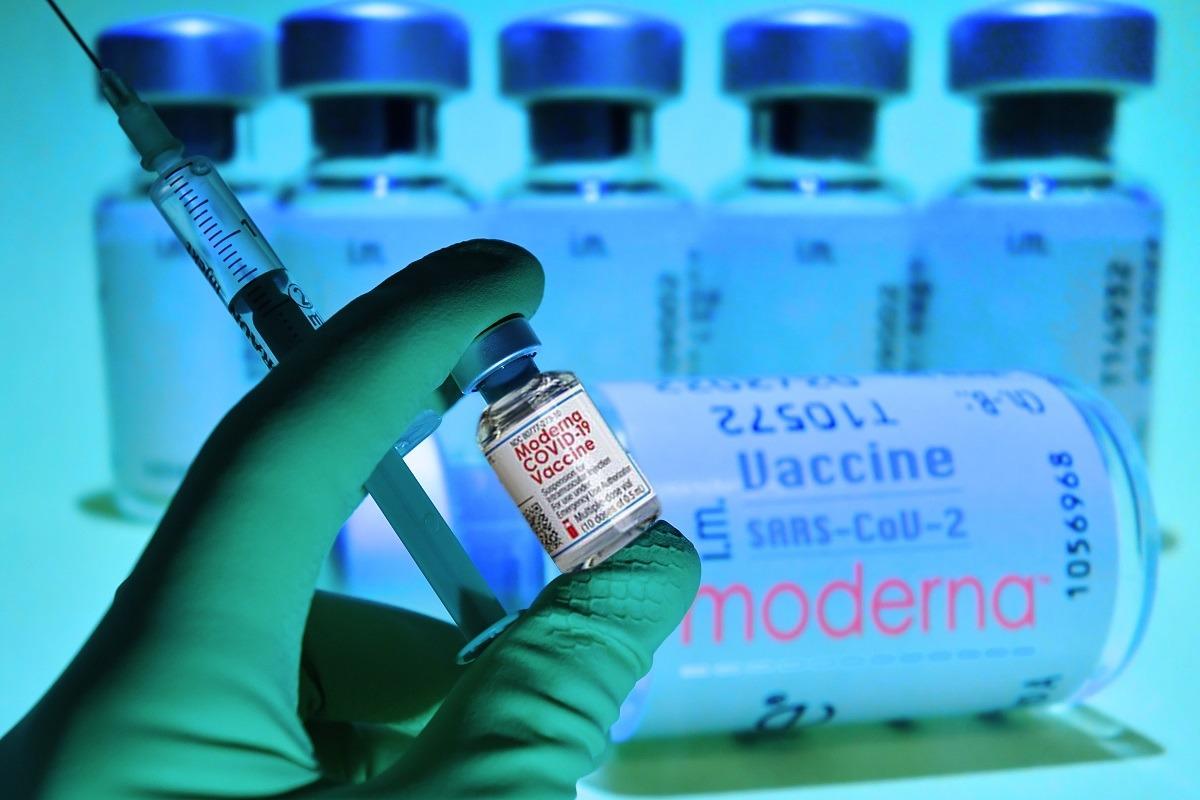 The European Medicines Agency has recommended a Moderna vaccine for approval. Photo: AFP

The Moderna vaccine is the second to be given the green light by the EMA, following one made by Pfizer and BioNTech. It must now be approved for use by the European Commission before it can start being distributed to EU member states.

Fearne said that Malta could expect the first shipment of Moderna vaccines "by the end of next week." The country has ordered around 100,000 doses of the vaccine, to complement the 670,000 doses on order of the Pfizer/BioNtech vaccine.

That means that Malta has secured 770,000 doses of those two vaccines. Around 500,000 of those doses will reach Malta by the end of September, Fearne said.

Manufacturers of those two vaccines say patients must take two separate doses to ensure COVID-19 immunity and Malta is sticking rigorously to those recommendations, the minister said.

Malta has also placed orders for other vaccines which have yet to reach the assessment stage, through an EU joint procurement mechanism which allows EU member states to purchase vaccines together, maximizing their purchasing power.

Fearne reiterated that the country had all the logistical arrangements in place to administer these vaccines. Each person vaccinated is guaranteed a second jab some weeks later, as the government is setting aside second doses as soon as they arrive.

This means that the 32,000 vaccine doses which Malta is expecting by the end of January will be used to fully vaccinate 16,000 people.

People will not be able to choose which vaccine they receive, he said, with jabs administered as they arrive.

Superintendent of Public Health Charmaine Gauci acknowledged that reopening schools following the Christmas holidays was likely to present challenges, though she sidestepped suggestions that her department wanted schools to stay closed.

Earlier on Wednesday, the Malta Union of Teachers had alleged that the government was ignoring health authorities’ advice to keep schools closed for the time being.

"We are in constant contact with education authorities, and have been throughout the holiday season," she said.

Children in state schools are due to return to classrooms on Thursday, while some independent have already resumed classes. In some cases, schools have encouraged children to stay at home and attend classes remotely for the first two weeks of January, to reduce the risk of COVID-19 spread.

Later on Wednesday, the Church said it would be postponing the physical reopening to Monday, January 11. Classes would resume remotely on Thursday, it added.

Gauci said that COVID-19 data indicated that the number of cases detected among young children was on the rise.

To counter that, mitigation measures at schools would be stepped up, Gauci said, with  more stringent screening at school gates.

No virus clusters large enough to force dramatic interventions had been detected in schools so far, she added.

“We did well in the first [scholastic] term,” she said. “We did not have to shut down any schools.”