The Planning Authority cannot just discard projects of economic value because the country, with its limited resources, depends on these investments, according to its executive chairperson.

Replying to whether he concurred with claims that Malta was being ruined by overdevelopment, Martin Saliba blamed the strong demand, but admitted it was “not healthy” to continue with the rate of construction of the past three years and that “a sort of equilibrium” was being reached.

Approved dwelling applications, mainly for apartments, have decreased by almost 40 per cent since 2018, going back to 2016 levels, the chairperson highlighted, as he countered concerns about the construction frenzy that has gripped the islands.

“We are experiencing developments approved up to three years ago,” he said in the belief that the same rhythm would not continue without any “comfort in investments”.

However, although he sensed “caution” in the current strained global economic situation, Saliba was not seeing the expected “fear” of 2008, which had resulted in a development slump.

Permits were not issued “just like that”, Saliba insisted, reacting to the constant barrage of public criticism against the authority he steered.

“You are only seeing the discussion in the press and on social media; I am hearing many others,” he said, referring to “huge pressure from thousands of individuals who are not happy with what they have and want more.

“The situations are so conflicting that you end up asking yourself: What exactly is happening out there?”

Focusing on planning mistakes of decades ago, Saliba said successive governments had relaxed planning parameters to drive the economy.

Meanwhile, the authority had to move along with legislative policies and government projects and plans, he said in defence.

“Development is not happening in a vacuum and is controlled,” he maintained.

Last year saw “more control” on ODZ land, he said, boiling down the controversial projects to the reinstatement of rubble walls and fields. 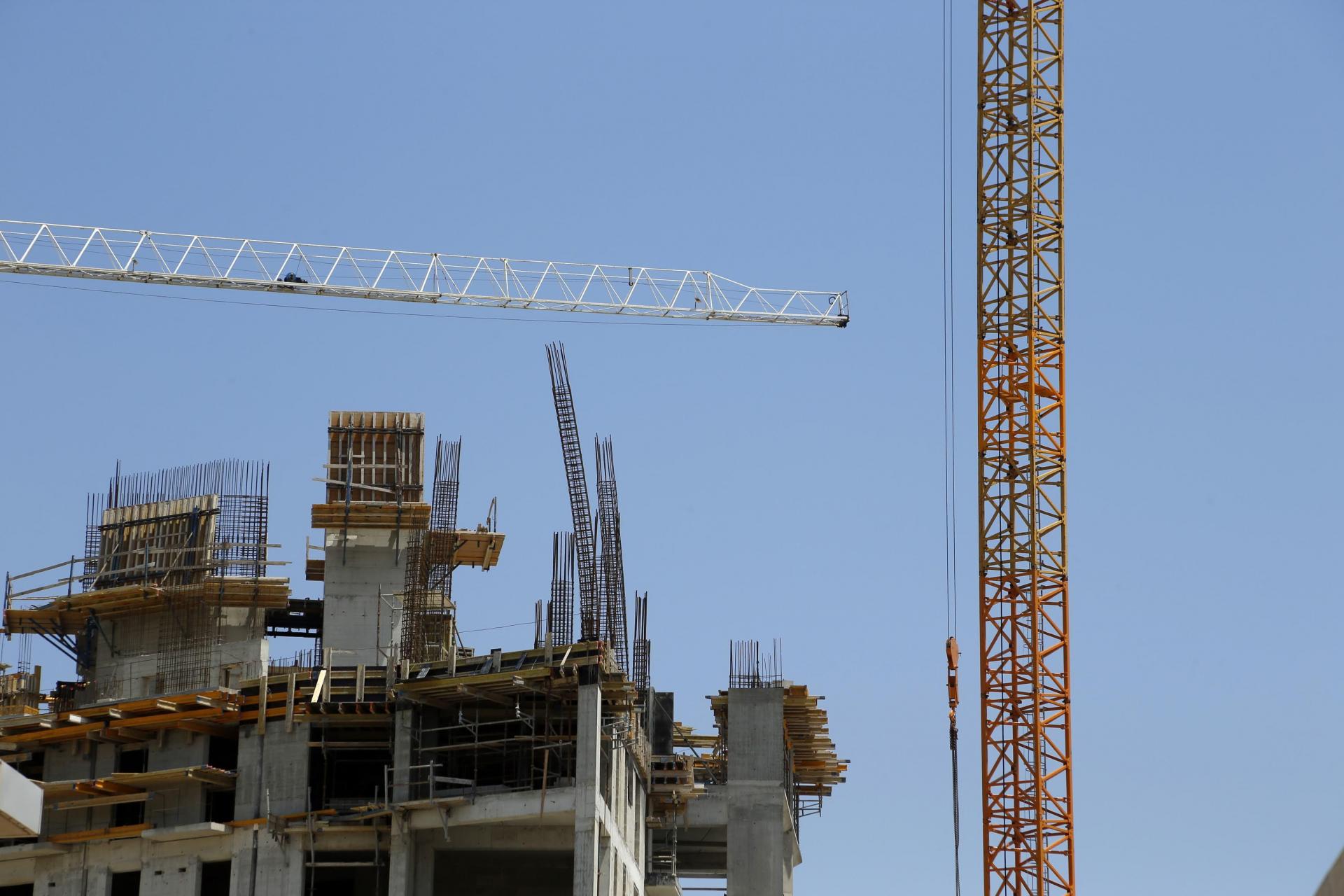 The country’s needs, its population growth and lifestyle changes would have any way resulted in a strong element of development, Saliba maintained.

Meanwhile, permits were being “condemned” before they even started to be considered, he said.

If someone has a garden and wants to do something in it, I cannot stop him from applying

“We live in a democracy and the right to property is safeguarded. If someone has a garden and wants to do something in it, I cannot stop him from applying,” he continued, focusing on those owners who were seeing what they could get out of their property’s value, especially as inheritance for their families.

“Property is valued on its potential for development. If you choose not to develop it, you have not removed that potential,” Saliba said, when questioned about quality of life being ruined by neighbouring developments dwarfing their properties and reducing their value.

Some beautiful houses were sacrificed along the way. But are we going to keep on looking back with nostalgia?- Martin Saliba

Referring to Annex 2 of DC15, which has allowed pencil buildings to sprout to five floors, Saliba put it down to a question of “similar massing” anyway and said the current situation would still have unfolded.

“It is not a question of ‘uglification’,” Saliba retorted.

“In any dynamic city – just like Malta – development is dictated by the market, with smaller families and two-person households determining the quality and size of buildings.”

The government was also a major developer, he said, with its constant investment in infrastructure, social housing and factories leading to “an element of fatigue”.

As an antidote, Saliba suggested pockets of land earmarked for development could be made available further into the future.

“Having areas of development potential does not mean it all has to happen tomorrow,” he said.

Over to Gozo and any planned PA action to stop the overdevelopment, Saliba intended to start by focusing on “design”.

In particular, the use of Maltese stone could help to slightly mitigate the visual impact of new buildings, being more compatible with the environment.

“These little things need to be highlighted and architects should be demanding them,” he said, aiming to promote the idea of proper design guidelines for Gozo, without having to change basic policies and planning. 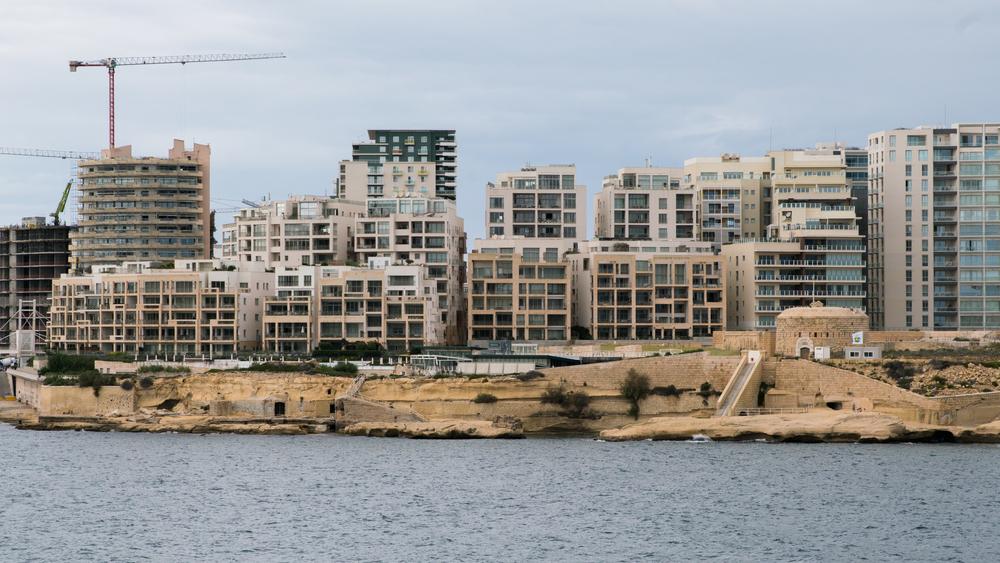 Sliema's skyline: Saliba argues there is no point in harking back to nostalgia. Photo: Shutterstock

On more drastic measures for a Gozo many believe to be under siege, Saliba said two floors could not just be “chopped off from one day to the next”.

However, not every policy applied to Gozo either, he said, referring to a recent application for additional floors at a Rabat hotel, which he refused because the Citadel lies behind it. “My eyes are not closed to these issues,” Saliba insisted.

Nevertheless, although the islands may be losing their character, the PA chief refused to adopt a “sentimental” standpoint.

“The country is moving into a more modern era, good or bad, and we have to accept it,” he insisted.

Comparing it to Mediterranean “cities of the wealthy”, with luxurious hotels and apartments, he said they rose from a demand for this type of development, which then has to be “balanced with the economic strength created”.

Turning the clock back again to the Sliema seafront 30 years ago, he would have preferred to see more quality buildings being built, but recognised the economic strength in the locality and nationally that resulted from those who invested in apartments instead.

“Some beautiful houses were sacrificed along the way. But are we going to keep on looking back with nostalgia?”

Many owners feared scheduling their property would downgrade its value, he highlighted, saying he admired those who actually gave heritage more weight.

Asked about the PA’s recently contested approval to demolish a modernist house in Balzan, Saliba questioned the alternatives, since the property was already sandwiched between two blocks.

“It is useless saying it is a pity if the road has been developed in a piecemeal way. You complain about this and then grumble about comprehensive development.

“I do not have an answer to whether it was wrong to ruin the context of the house in the first place because I cannot ignore today’s reality.

“I cannot look back but need to continue on what we have.”