Ex-police commissioner Lawrence Cutajar is facing allegations of tipping off a player in the murder of Daphne Caruana Galizia. He sat down with Ivan Martin hours before a criminal investigation was ordered.

Former police commissioner Lawrence Cutajar has denied tipping off Daphne Caruana Galizia murder middleman Melvin Theuma about his impending arrest but concedes that public perception may be against him and his former colleagues.

In an interview to Times of Malta, Cutajar says that when he had met
with Edwin Brincat, a close associate of Theuma, he was “panicking” and
worried that the investigation would hit a brick wall.

He says that he was concerned investigators would not get their hands
on the vital recordings which Theuma had been collecting as evidence, and so took it upon himself to ask Brincat about them.

Lawrence Cutajar speaks to Ivan Martin about allegations he tipped off a murder middleman about his arrest. Video: Chris Sant Fournier/Mark Zammit Cordina

He concedes that “in hindsight” it would have been better to inform investigators before holding the meeting with Brincat, however, he says he had only been trying to help.

Cutajar is coy when asked about claims of leaks coming from his former deputy, Silvio Valletta, saying that while this “gives a bad perception”, he would not cast judgment on him.

Earlier this month, Times of Malta had reported how fresh evidence uncovered by the murder investigation team had sparked concerns that Cutajar may have tipped off  Theuma ahead of his arrest.

The allegation is that you secretly tipped Melvin Theuma off about how and when he would be arrested.

I have never spoken to Melvin Theuma in my life, I don’t even know him.

You met Edwin Brincat, known as il-Ġojja, while the investigation was ongoing.

Not exactly... let me explain, because even this is an allegation that is casting a dark shadow on me.

I had been contacted by Edwin, whom I hadn’t spoken to for a long time. I got to know him when I was an inspector in Żejtun. I met him again when I was Superintendent with the Qormi District, and I would go down to the Marsa race track on work as he had a betting shop.

And I would see him there, we would sometimes talk about trivial matters…

So, you thought that just because you knew him you would go and talk to him about the Caruana Galizia case?

No. When Edwin contacted me about some fine he had received, I got the idea [to talk to him about the recordings].

The investigators knew of the existence of recordings, through [telephone tapping] interceptions. Then a dilemma presented itself... should we organise a raid to look for the recordings or do we keep collecting information and do a side investigation into money laundering?

This was where I shouldered the most responsibility. And I want to be honest, not everyone agreed with my decision [to hold off on the raid].

So, then you hatched this money laundering investigation?

Exactly.  So that at least there will be a ‘Plan B’. If we went straight in for the recordings we would have revealed our hand. But at the same time, if we delayed too much we risked the recordings being destroyed.

At the back of my mind I believed that these recordings would never be deleted.

Why? Because it was obvious that Melvin Theuma didn’t make these recordings for nothing, he did it to have a sort of guarantee.

But at that stage we didn’t know where they were. I had to do what I could for these recordings to be found. So, Edwin came to speak with me, after many years and asked me about this fine…

Where did the meeting happen?

He came and knocked on my door at home.

And between the first and the second meeting [with Brincat] you also met with the members of the investigation and they warned you not to meet him again.

No, again, this isn’t exactly right. I don’t know where it came from. After I had the second meeting, I told the investigators myself.

Didn’t you think you should have told them beforehand?

And don’t you think you risked ruining the entire case?

I could not have done so because the recordings were never going to be deleted... never.

You went and warned a person very close to Melvin Theuma that you knew he had these recordings.

But you have to weigh everything... we were panicking about these recordings. 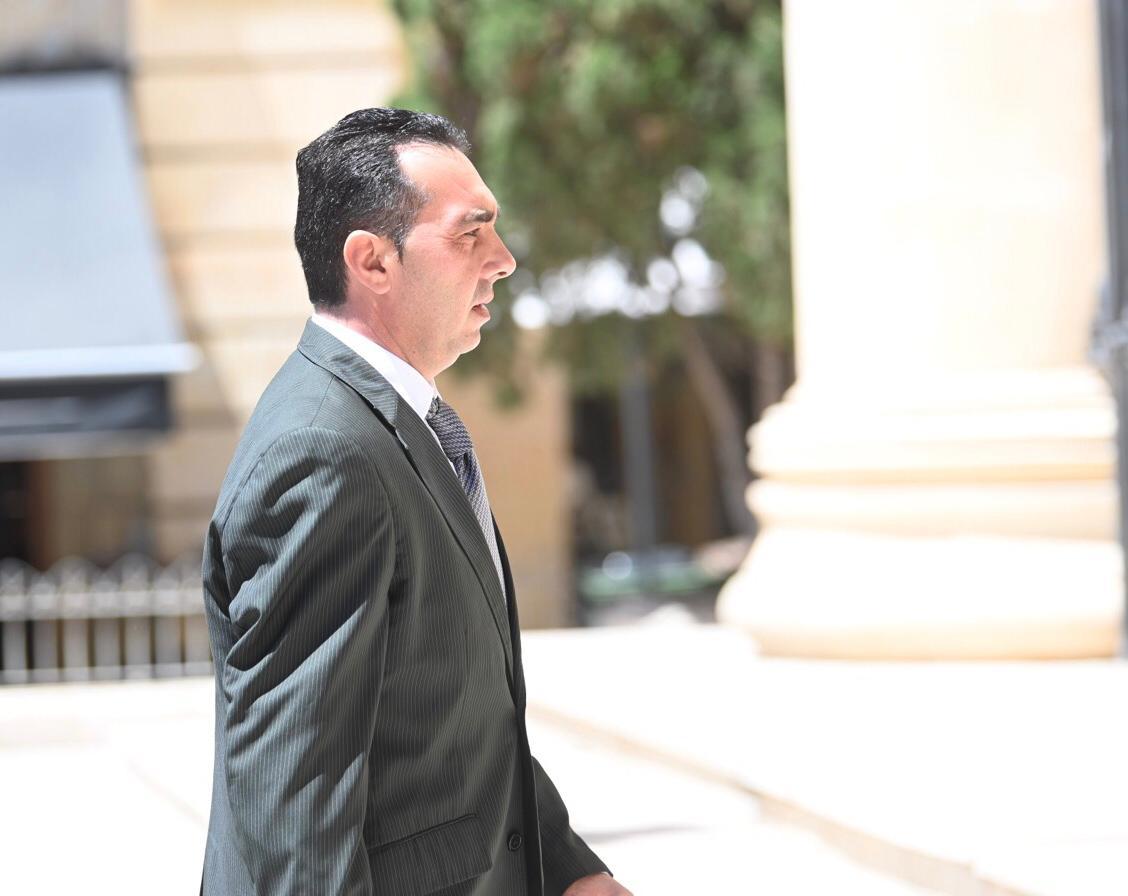 But there are serious doubts about the way things transpired.

It could have been my actions when I asked Edwin Brincat if these recordings existed. It could be, I can’t deny it. In fact as you are saying, the doubts have been cast.

But my aim was to find the recordings... as in fact happened. If they had not been found, I would say there is a real reason for these doubts to be placed.

But it is clear from what is coming out from court, that Melvin Theuma had knowledge of the investigation into him and of how and when he would be arrested.

Johann Cremona has testified in court that Melvin Theuma said that ‘Lawrence Cutajar told me when and how I will get arrested’.

Right, if Melvin Theuma said that to Cremona, I do not know, he may have. But in his testimony, Melvin Theuma himself said he would sometimes mention me to give the impression that he knew some people in high places.

Cremona also testified that Theuma claimed to have played you his recordings.

There were two other inspectors in this case, Keith Arnaud and Kurt Zahra. What is your relationship with them?

I have a very good relationship with both of them.

Did you feel that you were betraying them by going to meet with this guy and not telling them about it first?

The assassination was one of the greatest disappointments in my career

There are also rumours of money passed on to you as payment for the information you passed on to Melvin Theuma.

I deny this completely.

Did the police speak with you about this?

There are some who don’t appear to believe you on this, including the government. After Times of Malta reported on your meetings with Brincat you were suspended from your government consultancy.

It is ironic. The day my consultancy was suspended, Theuma clearly testified in court that he never spoke with me. But, that was a government decision, there’s nothing I can do about it.

And, shortly after Robert Abela was appointed prime minister, you resigned. Was it he who asked for your resignation?

No, I resigned on my own initiative.

Let me tell you when it all clicked... when Byron Camilleri was appointed Home Affairs Minister, I think he hadn’t even set foot in his ministry office in Valletta yet, and the first question that he was asked was ‘Will you be keeping the police commissioner?’

And I said it’s too much. I felt I didn’t deserve it. Because I always did my part – my limited part – and I felt it was unfair.

You are the commissioner under whose watch a journalist was assassinated. As the head of the police, you have a responsibility to ensure public safety.

This assassination was one of the greatest disappointments in my career.  But, a bit of consolation, a bit of satisfaction, and I have to mention them... we had high profile cases in Malta – I think you know which cases I’m talking about, the case of Raymond Caruana for example. Was anyone ever taken to court, 30 or 35 years later?

And now let me ask you one. All these years, in connection with these cases, were there ever any requests for resignations because the cases happened and were never solved? No.

If the police had charged the alleged assassins for the first, the second or even the third car bombing they were believed to be involved in, then Daphne Caruana Galizia could still be alive today.

But with all due respect, as if you can charge someone just because you have suspicions they are involved in car bombings. You need evidence. 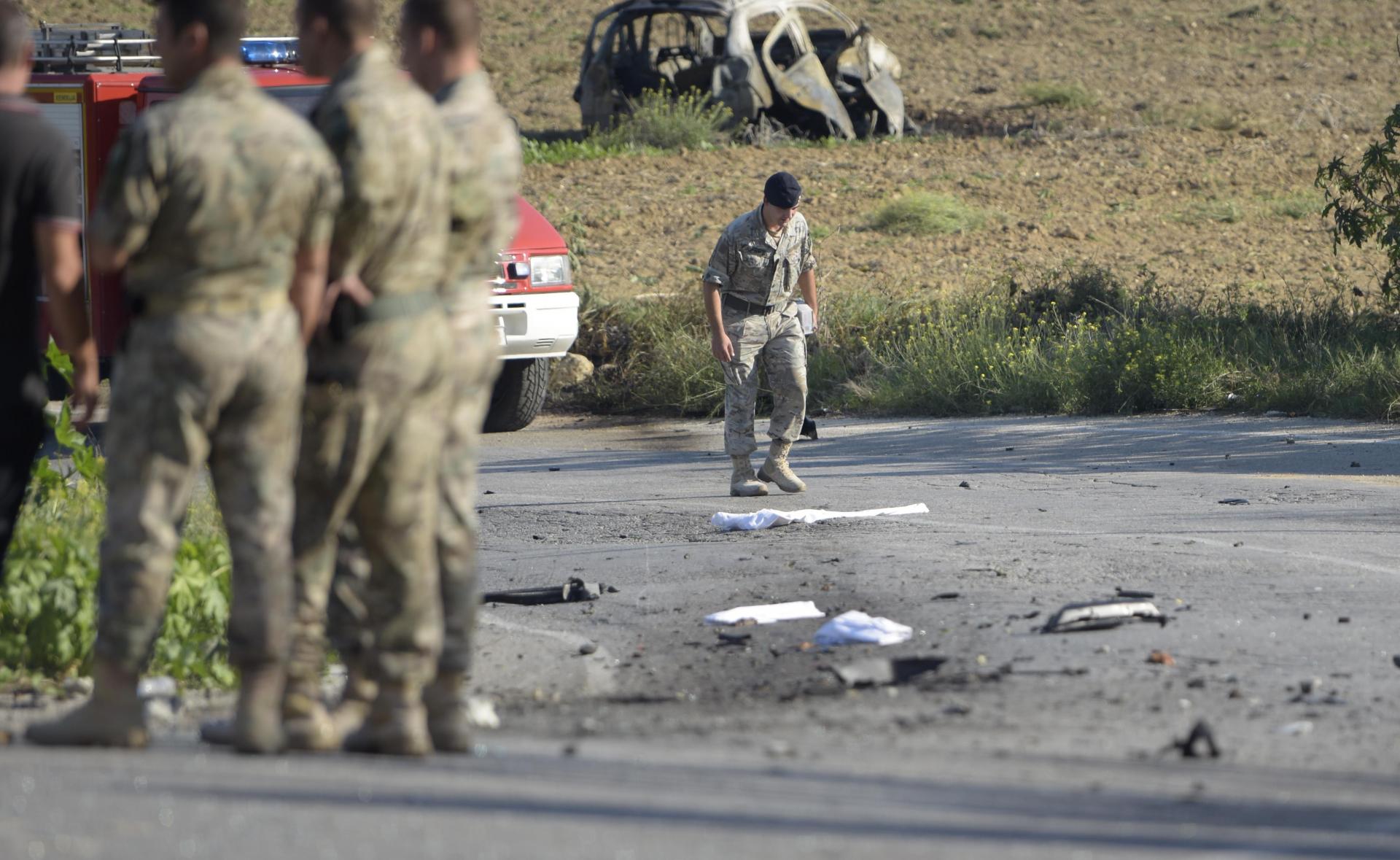 We passed through a period when the country felt like a war zone, a bomb going off every few months.

Yes, I know, it’s not a matter of denying. But a person is charged in court when you have the proof in your hands.

Let’s go back to the leaks that there were in this case. Did you know that during the investigation, your own deputy Silvio Valletta was meeting with the prime suspect?

So, you didn’t know he travelled with the prime suspect?

I didn’t even know he knew him, and then afterwards things started coming out.

Do you think he was leaking information?

I don’t think anything... I talk about facts. Really, I always thought he was a serious man.

Even after what is coming out in court?

Well, hindsight is 20/20. I am saying during the investigation.

Aside from Valletta, did you know that Raymond Aquilina, in charge of the Economic Crimes Unit, had a relationship with Yorgen Fenech, as it would appear?

No idea. I doubt whether I ever spoke to Raymond Aquilina about anything related to work.

It would appear that Theuma hoped to be arrested by Aquilina, and then for nothing to come of it because, to use his own words, Aquilina is ‘alright’.

The public is hearing testimony in court about how Cutajar leaked information, how Valletta would meet with this guy, and how Aquilina is ‘alright’…

Yes, this gives a bad perception – it’s true. And it is one of the reasons I came here [to the Times of Malta]. I have never gone to a newspaper and given an interview. But now I feel that enough is enough.

How can the public maintain trust in the police in the face of all this?

Listen here, a lot of things are coming out. While I was police commissioner, there were ratings and they weren’t bad ratings on the police.

Even according to a survey by the Criminology Department at the University of Malta – because nobody says these things – in the three years I was police chief the rate of criminality dropped by 10 per cent.

But there were a number of major shortcomings.

It depends on your point of view. If you’re on the outside looking in it appears one way, but if you are inside the corps, you see it differently.

I’ll say another thing, because they say the police commissioner [keeps reports hidden] in his desk drawer... that is all nonsense.

As police commissioner I never had a pending investigation at my office. Never.

Did Keith Schembri ever give you any instructions?

All those FIAU reports, whatever happened to them?

They are in the drawer [sarcastically].

There are some who really think so.

Yes, well I say again I have never had an investigation left pending at my office desk. Never.

But is it possible that we are one of the only countries in the world where someone is mentioned in the Panama Papers and nothing happens?

When I spoke to investigators about certain probes they always told me that they were still collecting information.

Why did we have so many police commissioners in the past seven years, one after another and another?

I can talk about myself. I spent three-and-a-half years in the post and then I resigned.

It’s not a long time, but not a short time either.