Windmills are an iconic part of our landscape and appear as prominent buildings within many of our historic towns.

The location of these windmills is such that they capture the prevailing Majjistral and, therefore, tend to be located on higher ground, devoid of any high buildings around them.

Most consist of a ground floor room generally used for the storage of the food production with a circular tower that could be up to 15 metres in height with a stone staircase leading up to a room where the mechanism of the sail would be found.

In April 2012, 48 windmills were scheduled as Grade 1 buildings by the planning authority in order to safeguard their protection.

However, in spite of this highest form of protection from the Superintendence of Cultural Heritage, our windmills are still threatened by over-development.

In fact, on February 28, 2020, an article in Times of Malta brought to light the blight that such massive developments have upon the context of such windmills. Such development, next door to the windmill Ta’ Marziena, in Triq il-Mitħna, Victoria met with much criticism from the public but also from critics in the art world mainly Keith Sciberras, Mark Sagona and Daniel Cilia.

Sagona aptly said: “You do not build this next to a windmill. It is a stupidly huge building that defies the character of the street.”

Soon after, a second article appeared in Times of Malta illustrating the potential threat to the windmill Ta’ Fortun, again threatened by five floors of development, brought to light by Cilia. 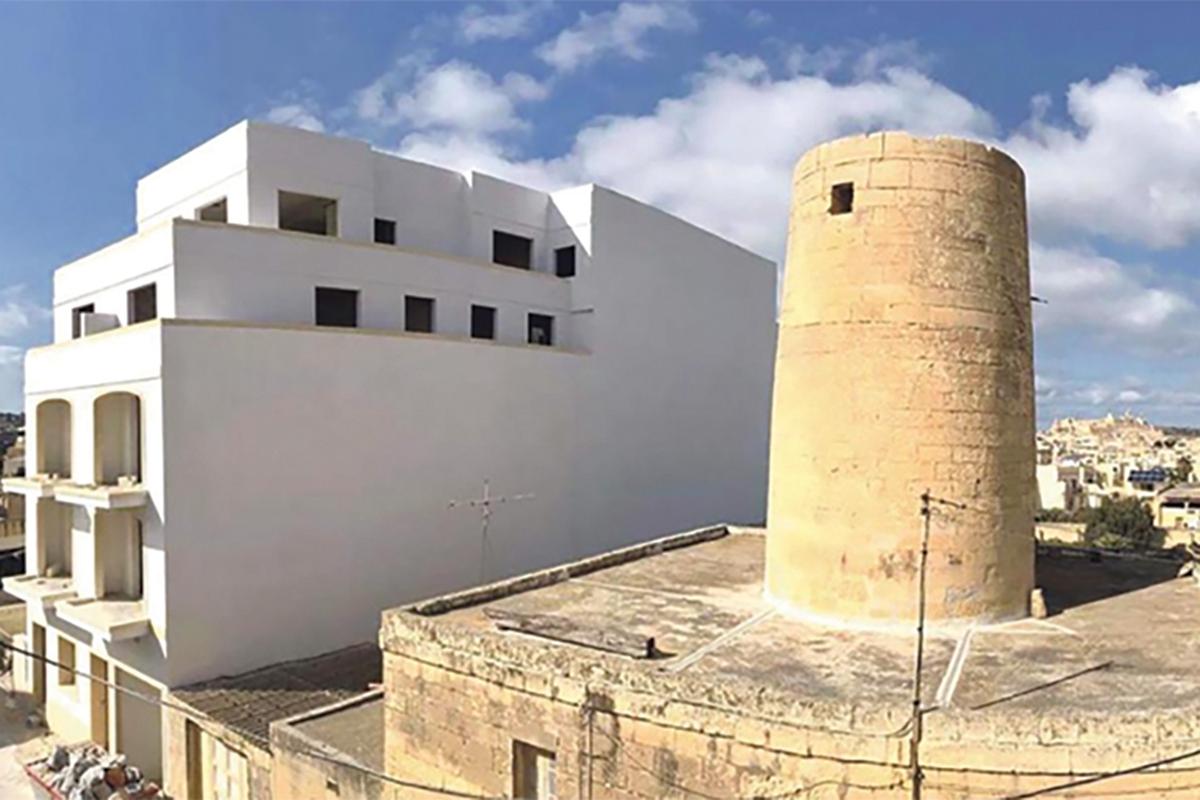 Last May, the newly-appointed Minister of the Environment, Aaron Farrugia, was instrumental in the publication of the circular to architects PA 3/20 that aims to protect the context and setting of scheduled buildings stating: “Each scheduled building is located within a spatial context with which it relates to in different aspects. The setting is, therefore, an essential part of the building and the way in which it is experienced. It is the area in which the building is perceived and is,  therefore, a constituent part of the building’s value.”

This was indeed welcome news. It was hoped that scheduled buildings would benefit from the clarification.

However, it appears to be the case that, in spite of this, our windmills are still under threat from greedy developers.

There are currently two applications, both of which threaten the context of two of our historic windmills.

The cases include that of the windmill in Żurrieq, known as il-Mitħna Tal-Qaret, threatened by a change in building heights via application PC 00021/20.

This proposes to change the context around the windmill with new building heights of between 8.6 metres (three floors) and 16.3 metres (five floors) around the windmill, which is partially within the urban conservation area and abutting an outside development zone site.

This windmill dates back 1674, to Grandmaster Nicolas Cotoner, and has a height of 11.5 metres. It will, therefore, be completely buried and its view obliterated behind buildings rising to 16.3 metres.

The second windmill, this time a British one built in 1858, is that of Tal-Bwier, in Triq Ġnien Xibla, Xagħra. This is threatened by PA3510/20 for a building of five floors within the buffer zone of the windmill.

Interestingly, the application was approved as a summary application, only to be sent back by the appeals’ tribunal due to objections by the owners of the windmill. The application is now recommended for approval in spite of there being no consent from the Superintendence of Cultural Heritage. 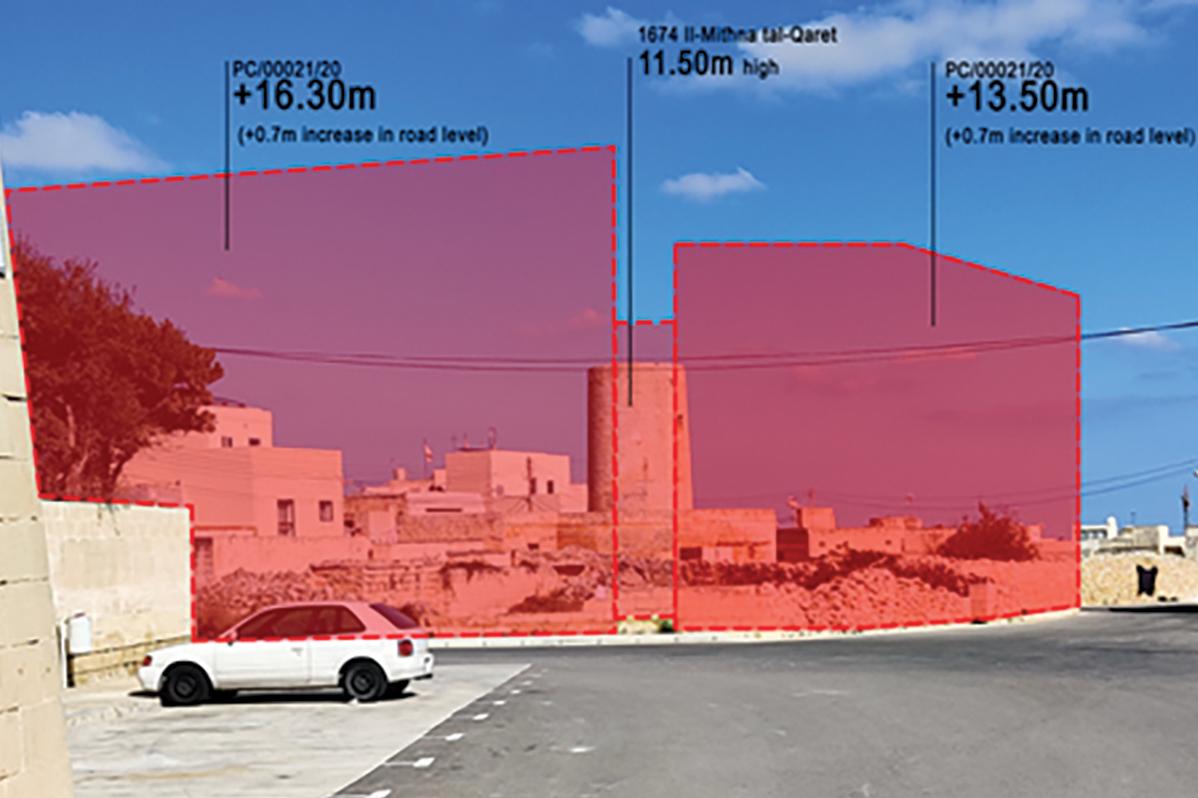 Tal-Qaret Windmill, in Żurrieq is threatened by a change in building height of five floors. Photo: Din l-Art Ħelwa

It appears to be a de rigeur loophole to apply under a summary application to avoid too much scrutiny. The current recommendation for approval does indeed raise eyebrows.

Din l-Art Ħelwa asks all those who truly have at heart our cultural heritage to stop this rampant abuse of the planning system.

For those who wish to support us in our pleas to safeguard our natural heritage, please do send in a simple objection to  representations@pa.org.mt. The representation period for PC 00021/20 will close on December 9, 2020. Help us safeguard our heritage!

Joanna Spiteri Staines is an architect specialising in conservation of historic buildings and a council member of Din l-Art Ħelwa.