Maggie Smith, the elderly British woman rescued from the debris of her house in Mellieħa in June, passed away on Wednesday.

Ms Smith’s apartment collapsed with her inside on June 8. She was slightly injured.

Most of the block where she lived collapsed into an adjacent construction site, one of a string of similar incidents within a few weeks which led the government to revise construction site rules.

Ms Smith, 77, was unable to return to her home and had temporarily lived in another house in Mellieħa which was made available by friends. 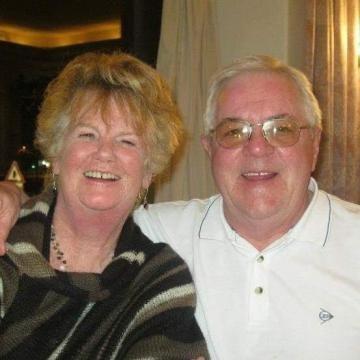 Maggie Smith and her husband Tom

Friends of Ms Smith from the Mellieħa Imperial Band Club bar had raised funds on her behalf following her harrowing ordeal.

“We all care for her a great deal and we just want to help her in whatever way we can,” her friend Meg Fitzharris had told Times of Malta.

Ms Smith’s daughter will be arriving in Malta on Thursday. Funeral arrangements have yet to be announced.

Another woman whose house collapsed in similar circumstances expressed her condolences on Wednesday.

“Sorry you didn’t pass your last few days in your home,” Janet Walker,  of Guardamangia, wrote in tribute to Ms Smith.

Ms Walker also lost her home in June after a wall adjacent to a building site collapsed.

Ms Walker recalled that she had filed multiple complaints to the Planning Authority, Building Regulations Office, as well as the developer and their architects before the collapse happened.

“I have mixed emotions,” Ms Walker wrote, “I am both angry and sad. But I am glad I gave you hope in your last days.”